For 50 weeks, NJPW STRONG has brought the very best pure pro-wrestling on the planet and this week will be no different! Perhaps the most stacked card yet on Friday nights will be headlined by a huge championship main event! 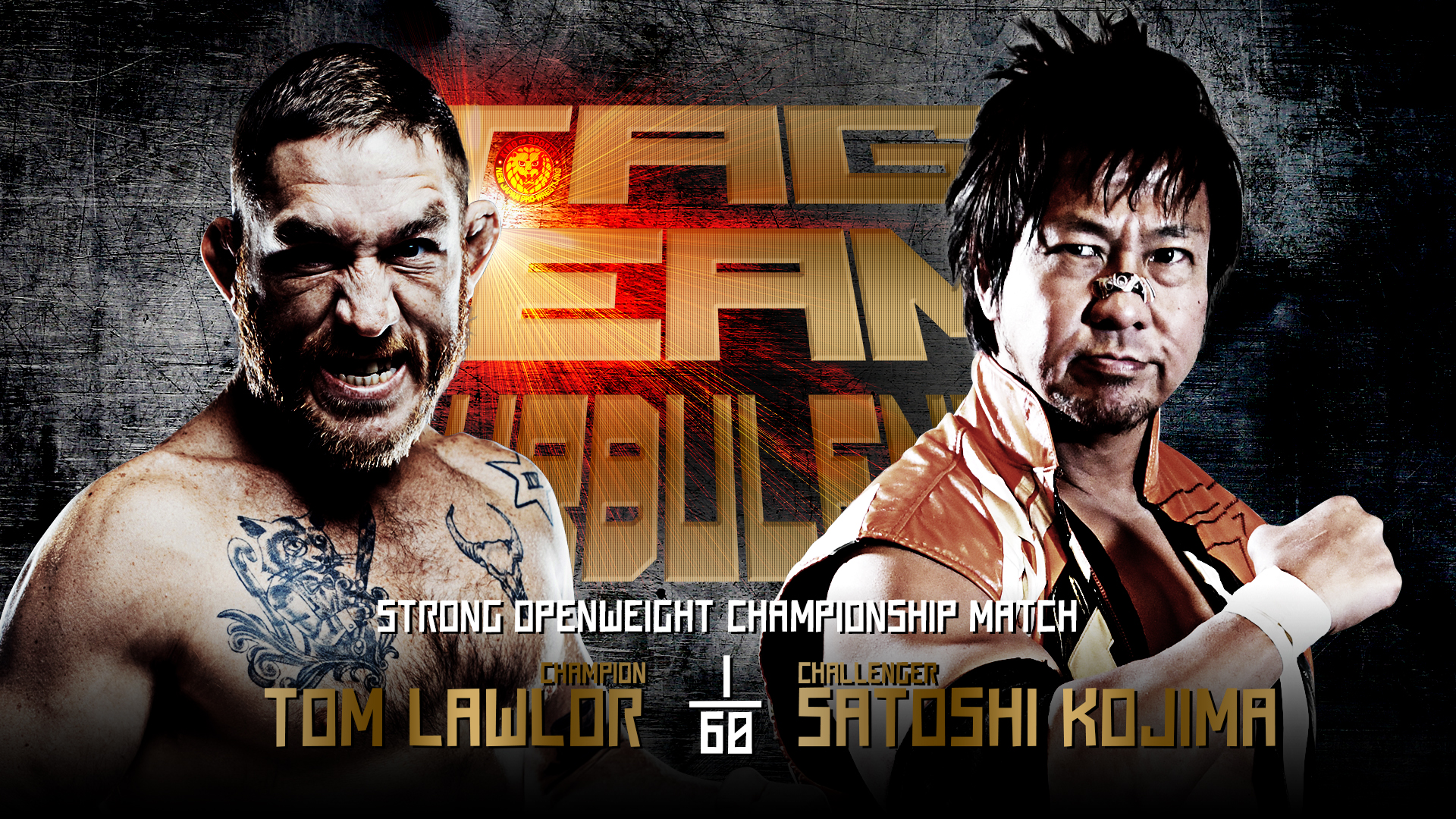 Headlining episode 50 of STRONG, Filthy Tom Lawlor looks to make his third defence of the STRONG Openweight Championship against arguably the STRONGest arm in the game, Satoshi Kojima.

Lawlor has been riding a wave of momentum ever since winning the STRONG gold by defeating Brody King in the New Japan Cup USA final. He’s gone on to successful defences against Chris Dickinson, and most recently Karl Fredericks, but after that most recent title match is what set the scene for this one.

A faux show of respect for the Alpha Wolf after his failed challenge only opened the door for a beatdown from Lawlor and JR Kratos. A furious Kojima, who has had issues with Kratos and Team Filthy by extenstion since day one on STRONG headed to the ring to see the duo off before making his challenge, promising to take the STRONG gold with him.

It’s safe to say that whoever wins this bout at Tag team Turbulence will carry the STRONG gold to the Torch at L.A. Coliseum as Openweight Champion. But who will it be? Find out Friday. 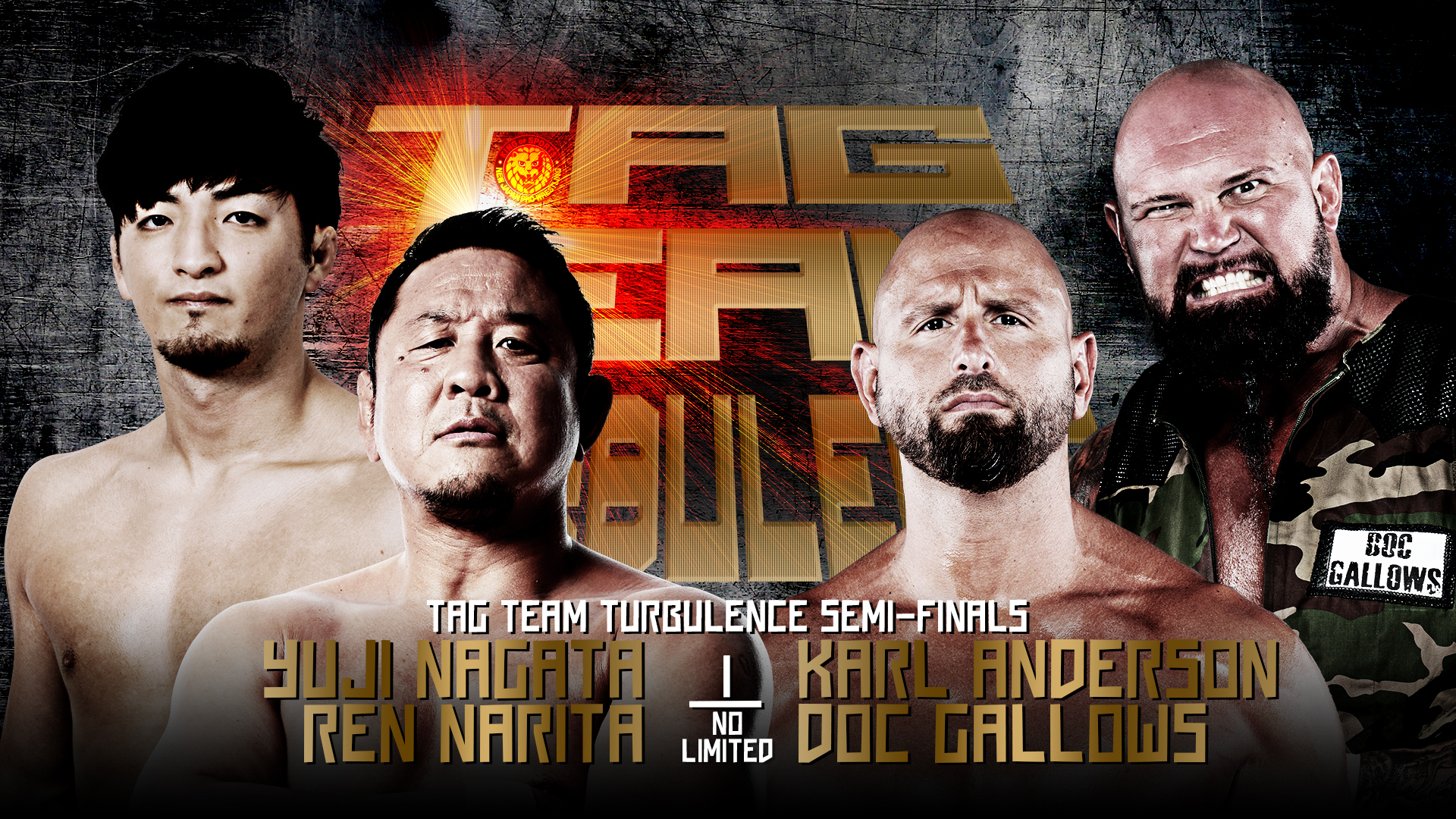 Yuji Nagata and Ren narita want to book a place in the finals of Tag team Turbulence in the second match of the night, but will have to get past the Good Brothers to do so. Anderson and Gallows have been the talk of the wrestling world this week, after their return to NJPW, a first round win, and recapturing the IMPACT Tag team Championships all in a one weekend span. Yet this match will be no pushover for the veteran tag team, or any other team for that matter. Yuji Nagata taught Karl Anderson the ropes in NJPW when the Machine Gun first debut in Japan, and has plenty more harsh lessons still to teach, as we will no doubt find out. 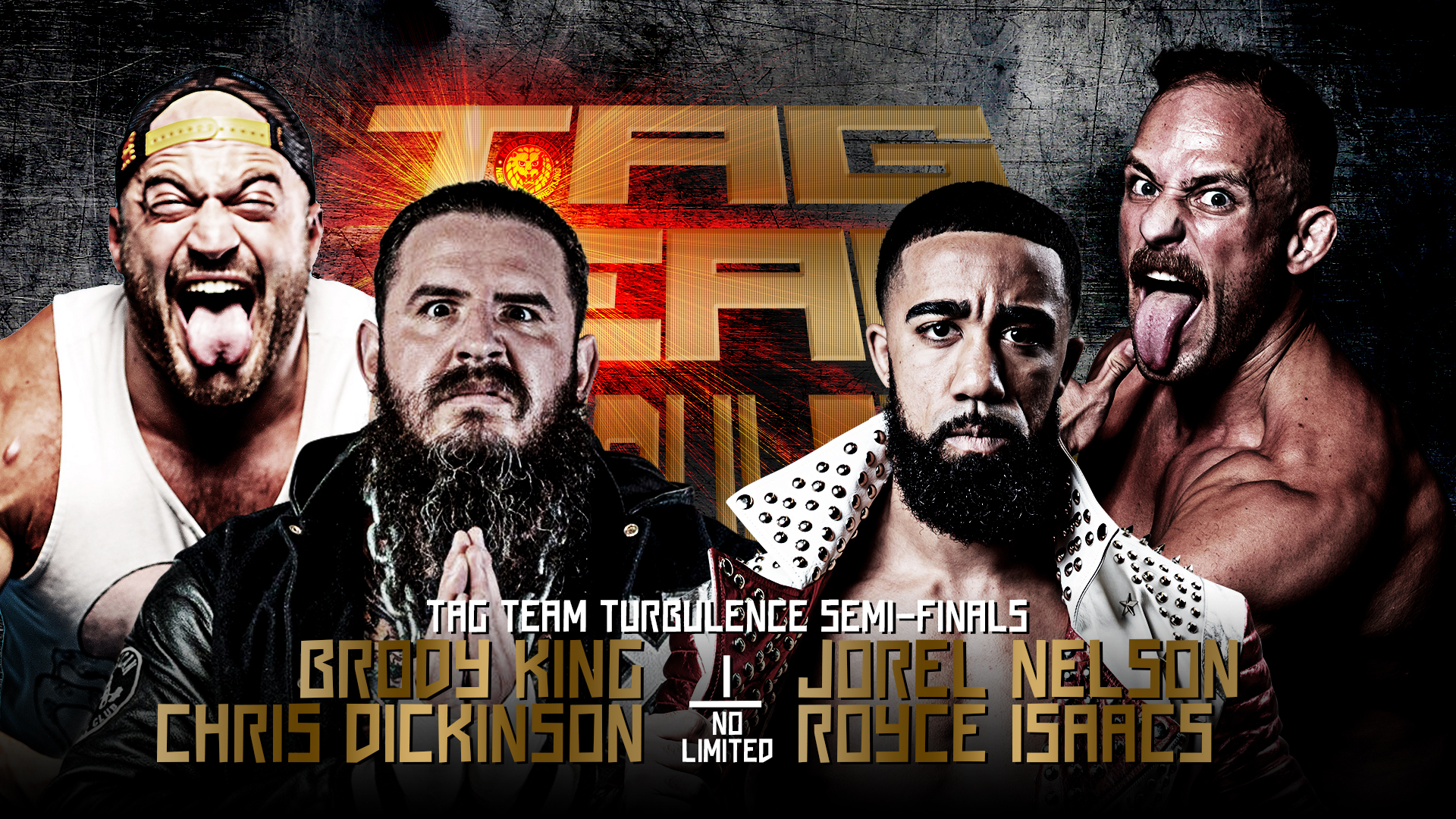 The other spot in the Tag Team Turbulence finals will be claimed by either Violence Unlimited or the West Coast Wrecking Crew. Brody King and Chris Dickinson have to be feeling good after their first round victory also saw them put Team Filthy in their place, Danny Limelight being pinned after an emphatic Chris Dickinson running DVD.

West Coast Wrecking Crew had at least a slightly easier path to the finals against the L.A. Dojo’s DKC and Kevin Knight, and lodged the shortest time of all the first round matchups. They’ll be the fresher team, but will they be the better team against King and Dickinson?