After Zack Sabre Jr. met SANADA, and Tetsuya Naito faced Taichi in night one in Osaka, situations will be reversed on night two. Who makes the last statement before Sunday’s tag title match? 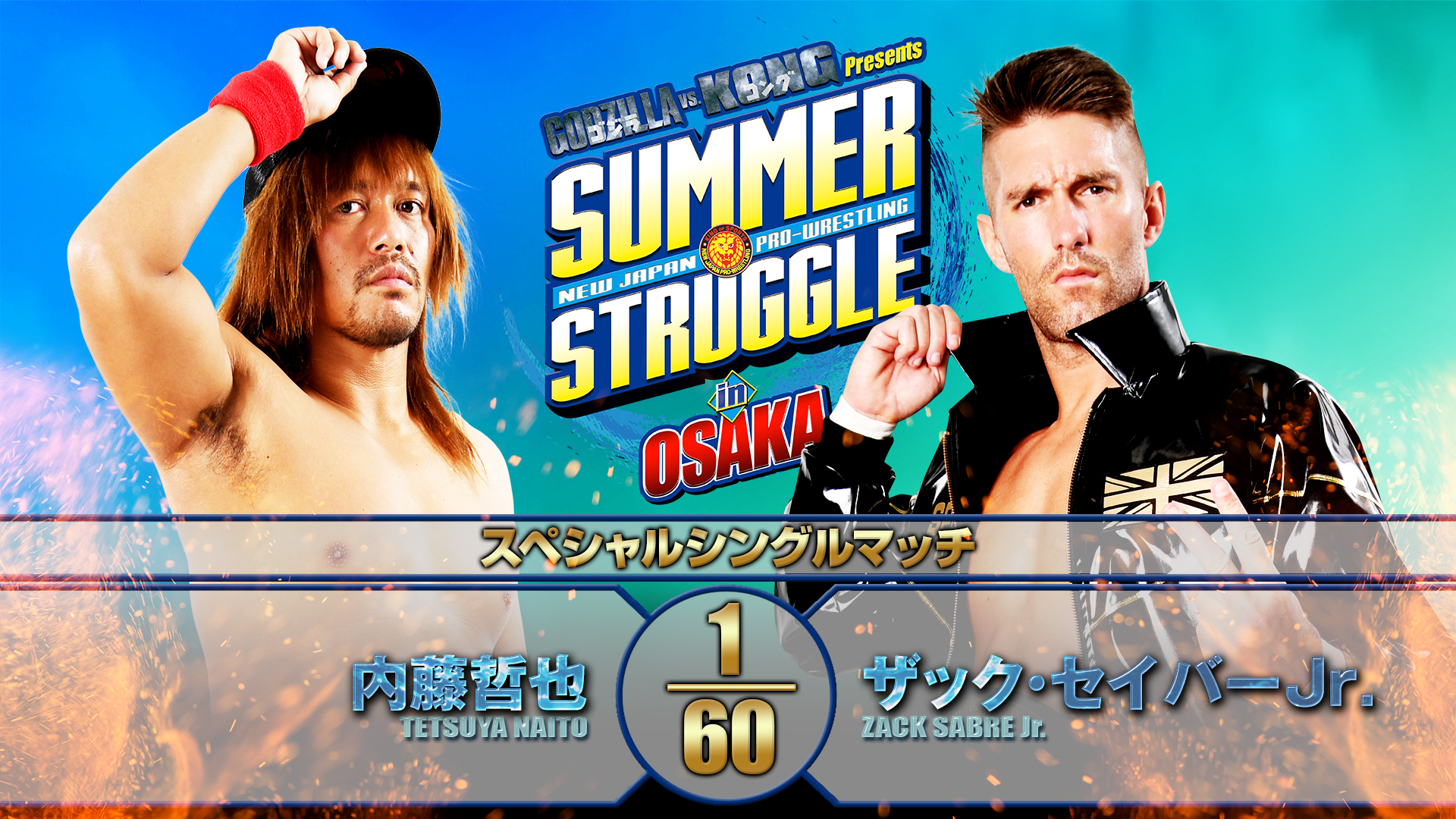 Headlining our second night in Osaka will be Tetsuya Naito in one on one action with Zack Sabre Jr. A 3-2 record in Naito’s favour includes wins in their last two singles contests, and one win right here in EDION Arena Osaka. Yet that belies the fact that Naito finds ZSJ’s submission stylings hard to deal with, distaste for the Briton tempered with grudging admiration: and the knowledge he knows exactly what buttons to press to irritate Sabre.

Zack is much more straightforward about his hatred for Tetsuya Naito, going as far as suggesting that only SANADA was a viable challenger in advance of their IWGP Tag Team Championship match in Sapporo two weeks ago. Yet Naito’s viability was more than adequately demonstrated in the culmination of that bout, Naito ringing ZSJ up for Destino to score the deciding pinfall. ZSJ has a history of letting personal pride and frustration get in the way of results; can he produce in Osaka 48 hours before the tag titles are on the line? 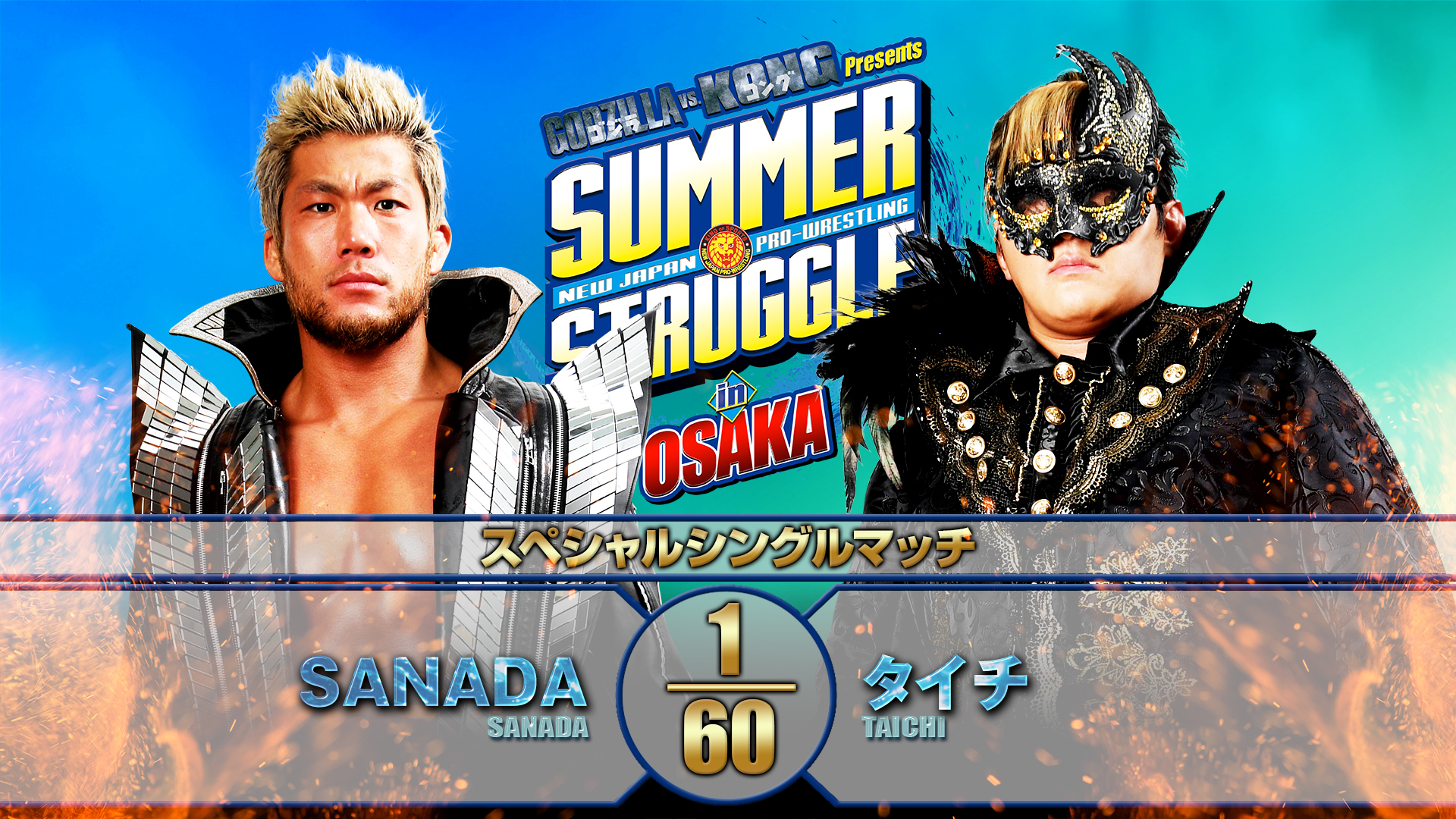 SANADA takes on Taichi in the fifth match of the evening, with a longer history than their sole singles match indicates. Both SANADA and Taichi started their professional wrestling journeys in All, rather than New, Japan, where they learned under the notoriously tough Toshiaki Kawada. Both also have a common connection to Satoshi Kojima, with Taichi a member of Kojima-gun before jumping ship with Minoru Suzuki, and SANADA having worked as Kojima’s attendant back in AJPW.

Yet in ring there is only one singles match to go on, that being the quarterfinals of New Japan Cup 2020. There SANADA persisted with an O’Connor Roll victory despite the best interference and low blow efforts from Yoshinobu Kanemaru and Taichi respectively. Will this be a similarly filthy fight in Osaka? Who comes out on top? Time will tell.

With Kota Ibushi absent from action in Osaka and Nagoya, Tomoaki Honma will fill his place to take on Shingo Takagi and BUSHI. What action will the champion take as his challenger’s status is to be confirmed? 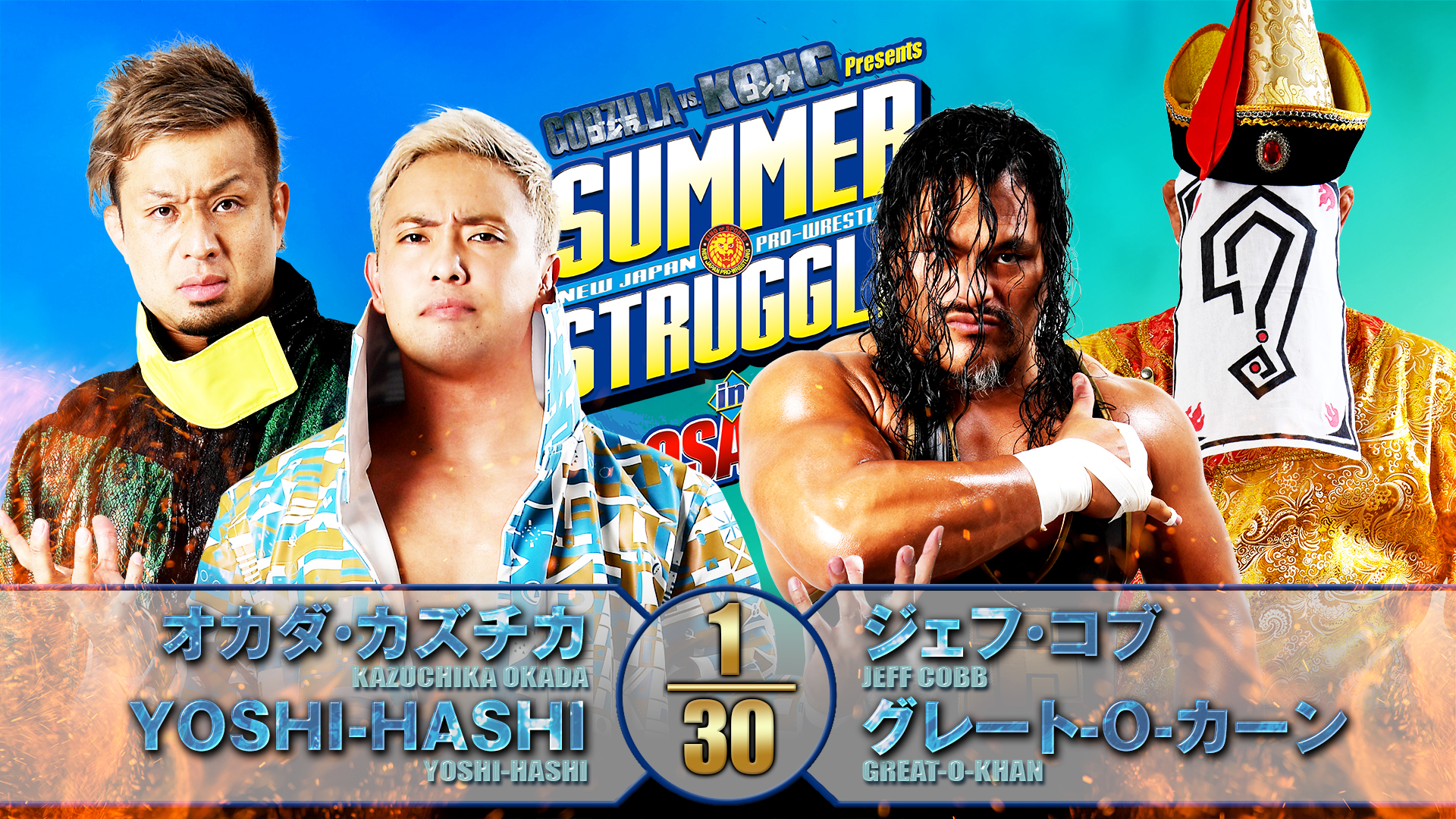 After teaming with Hirooki Goto on night one in Osaka, Kazuchika Okada partners with YOSHI-HASHI tonight against the United Empire’s Jeff Cobb and Great-O-Khan. With a significant win over Cobb and O-Khan during World Tag League, it appears that between then, Goto and YOSHI-HASHI have the secret sauce to beating a truly intimidating tag team. Can the Headhunter impart some wisdom to the Rainmaker tonight, and will that give Okada a significant advantage before facing Cobb in the Tokyo Dome Sunday? 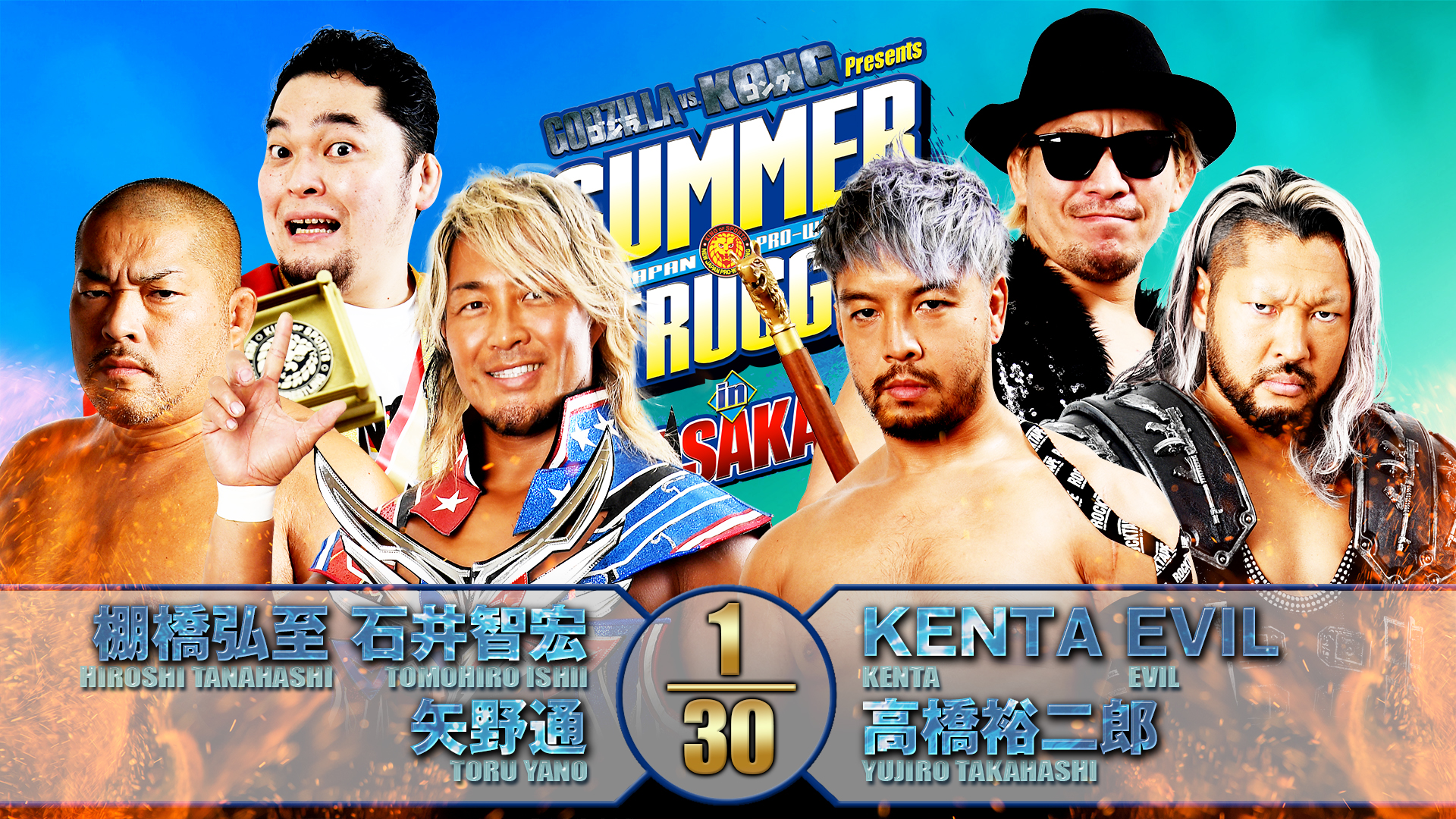 The second match of the night will see Hiroshi Tanahashi and Tomohiro Ishii clash with Nagoya opponents KENTA and EVIL for the final time before their singles clashes on Saturday night. With a lot of ill will brewing between every participant, what will this six man bout bring? 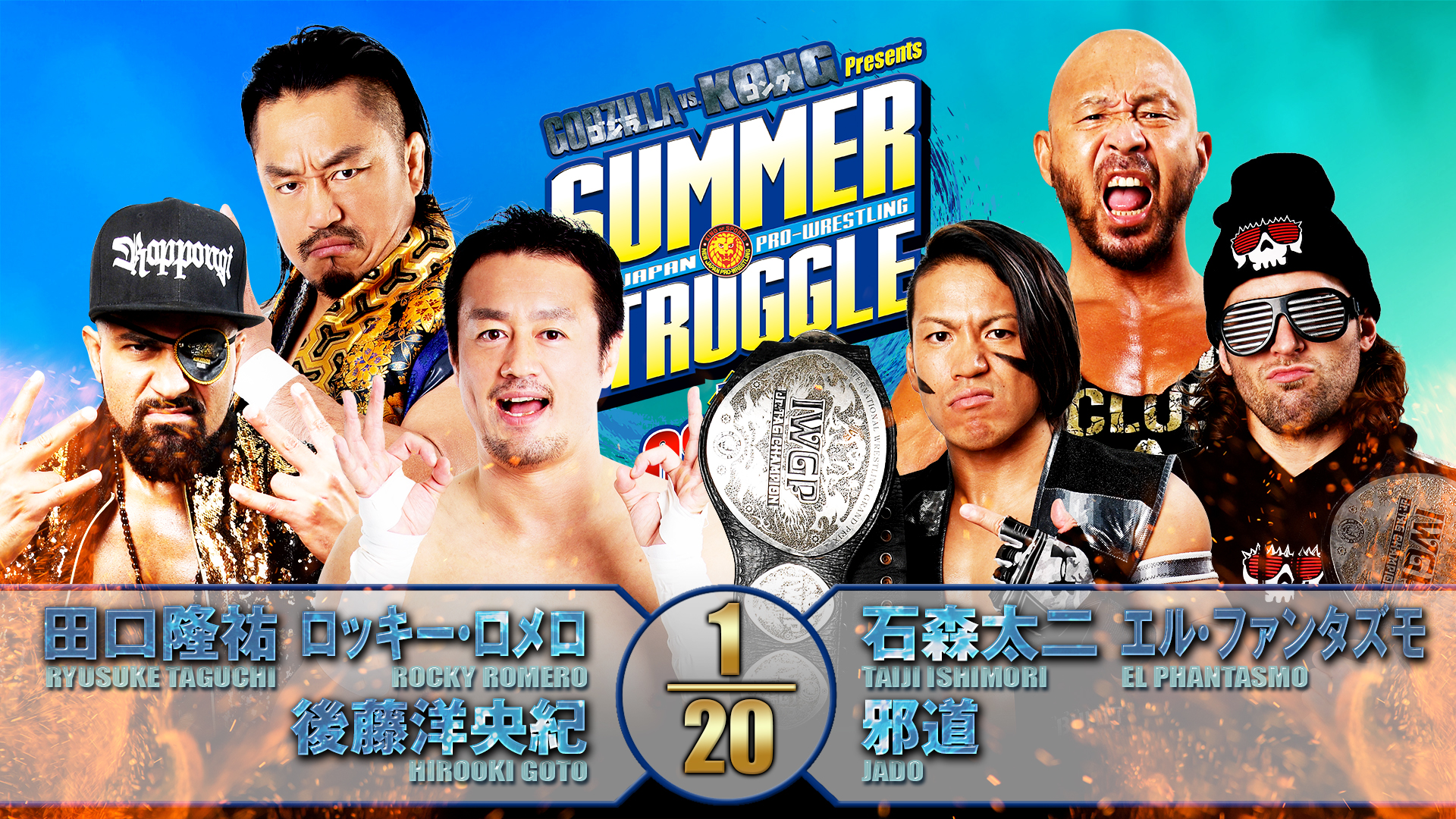 The action kicks off tonight with the Mega Coaches and Hirooki Goto taking on IWGP Junior Heavyweight Tag Team Champions Taiji Ishimori and El Phantasmo, along with Jado. After Romero picked up a pinfall victory against Phantasmo in Sapporo, and then singles matches saw the Tokyo Dome tag team challengers go 1-0-1 in singles competition, it seems as if the Mega Coaches have the number of the champions. Can they prove that one more time tonight, before all the marbles are at stake Sunday?