–Last time, we talked about your 2008 Champion Carnival campaign. You came back to NJPW on April 12, and wrestled the next night on April 13, but your knee was in a bad way. You were out of action for a significant time with a torn ACL and PCL, and a quad injury.

Tanahashi: I knew I had injured the quad in the Champion Carnival, like we talked about, but when I went to get that looked at, they found I’d torn the ligaments as well. But the truth was, it wasn’t the Carnival that did it- I’d been carrying that injury since 2001 (laughs).

–You wrestled on that injury…

Tanahashi: For seven years, yep. I wrestled Silver King, and when I went to pick his leg, he countered with a basement dropkick. My leg bent back the wrong way; looking back, that has to be when it happened. Couple weeks after that I was teaming with Kensuke Sasaki against the Steiner Brothers; it’s a miracle that happened…

–You were able to move around after it happened?

Tanahashi: It was a little bit loose, but when the swelling went down it got better, and I would tape it up. When I finally got the MRI done the doctor said there was no way it could have been a recent injury, so I flashed back to 2001.

–After the Champion Carnival final you said backstage that ‘a wrestler like me only has so much time’. You knew you were hurt badly.

Tanahashi: I had a real sense of accomplishment in the Carnival, but going back to NJPW, I could barely walk after a couple of days. I had to apologise to the company and tell then there was no way I could carry on like that. 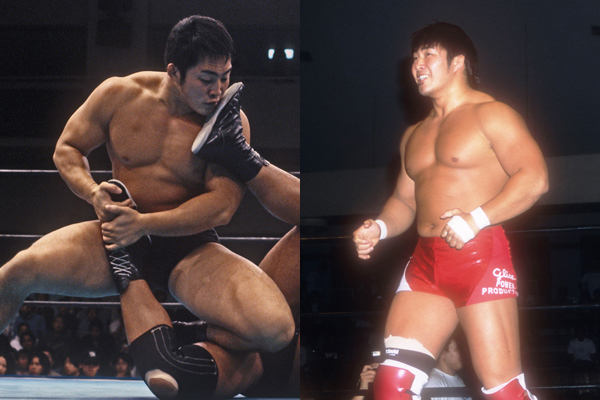 –You were out for four months and came back for the G1 Climax. Were you determined to be back in time to make those two big tournaments?

Tanahashi: That was the idea. It was definitely a big rush. You can actually see on my left thigh, the quad suddenly stops right at the top. I can’t develop muscle there anymore.

–Ever since you were a Young Lion you had particular pride in your legs.

Tanahashi: Well, that plus the knee thing meant my legs just gradually got smaller, and that’s why I went with the long tights. That and a bit of a Shawn Michaels tribute, perhaps. Make sure you include a pic of me and my gorgeous juicy legs! Wataru Inoue had ones too, but nobody was as thick as Tanahashi! (laughs)

–Your G1 campaign started in Aichi August 9, where you beat Inoue. You went on to have a nightmare run of four losses to Togi Makabe, Manabu Nakanishi, Satoshi Kojima  and Giant Bernard. August 17 in Ryogoku you beat Shinjiro Otani, but nonetheless finished with a weak 2-4 record.

Tanahashi: Maybe it’s me deliberately blanking these out, but I don’t remember much of any of those matches. I guessed I learned not to jump back into the G1 cold like that.

–Makabe in particular dominated his match against you, going after your knee and forcing you to be stretchered out afterward. Your post match comments were ‘as you can see, my knee is completely fine!’

Tanahashi: And the narrator would say ‘his knee was not fine’ (laughs). It was kind of a stiff upper lip thing I guess. there’s a lot of personal pride in this business. Like ‘this hurts like hell, but give me your best shot anyway’. That comment included. 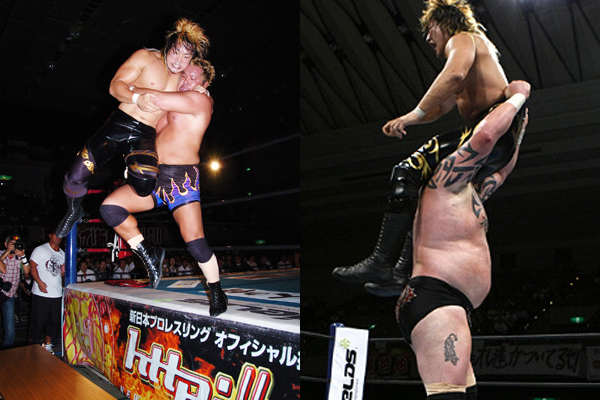 –Four defeats in a row was a rough run for you. But you did play a brave face saying ‘I came back here for a reason’.

Tanahashi: That’s what it was, perhaps, putting on a face. I had won the New Japan Cup, finalist in Champions Carnival, but I couldn’t gut out the G1.

–The last group match against Shinjiro Otani was interesting. He represented ZERO ONE as one of their top guys, but he was your senpai in his NJPW days.

Tanahashi: I was still a Young Lion when he left NJPW, but he was always good to me. He’d always compliment me on my look and stuff. It’s pretty rare for the veterans to praise the young guys like that, but he would take the time after practice to say things like that to me, and it meant a lot. He was good friends with Makabe, I recall.

Tanahashi: Makabe really went through some stuff when he was younger, but he kept his fondness for Otani. Otani brought the heat in the ring, but when he got out of it, he was a kind soul.

–In the end, the final saw Hirooki Goto score a memorable G1 win over Togi Makabe. Less remembered is a tag match on that card: Hiroshi Tanahashi and AJ Styles vs Shinsuke Nakamura and Kurt Angle. That’s a dream match to talk about now.

Tanahashi: There was zero story or build to it, very old school NJPW style in that respect, but when it turned out combinations like that… Some good did come from it. 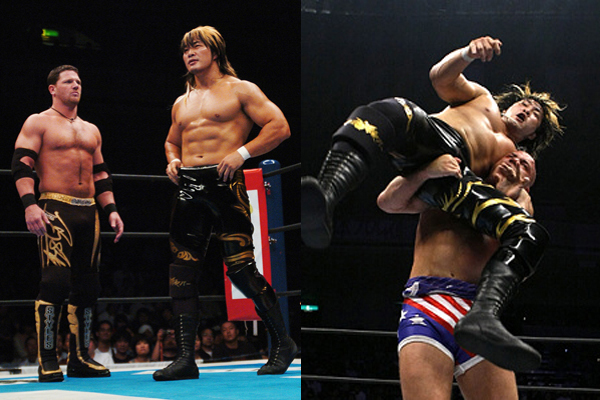 –Angle and AJ had come in via the TNA working relationship at the time, leading to your match with Styles in February, and Nakamura vs Angle for the IWGP Heavyweight Championship in April.

Tanahashi: I was really excited to be opposite Angle in particular. I was approaching the match half as a fan, thinking this was a big time get for NJPW. This was before New Japan really recovered, business wise, so it was a big deal to have a big name like Angle here.

–All in all, what are your thoughts looking back on this G1? It was probably the hardest of your career to that point.

Tanahashi: The 2015 G1 was rough too; Ibushi throwing me in the corner and injuring my neck in the first match. But here, I was in trouble before the tournament even started. Still, that’s part of the business, part of the job. Being hurt and still managing to survive the tournament is a source of pride in itself. Whatever happens, whatever state you’re in, the wrestler7s mindset is to keep coming, and keep fighting.