Summer Struggle hits Nagoya on July 24, one day before the Tokyo Dome plays host to Wrestle grand Slam. Two must watch singles main events top the card, while the final pre- Grand Slam statements are made through the card. 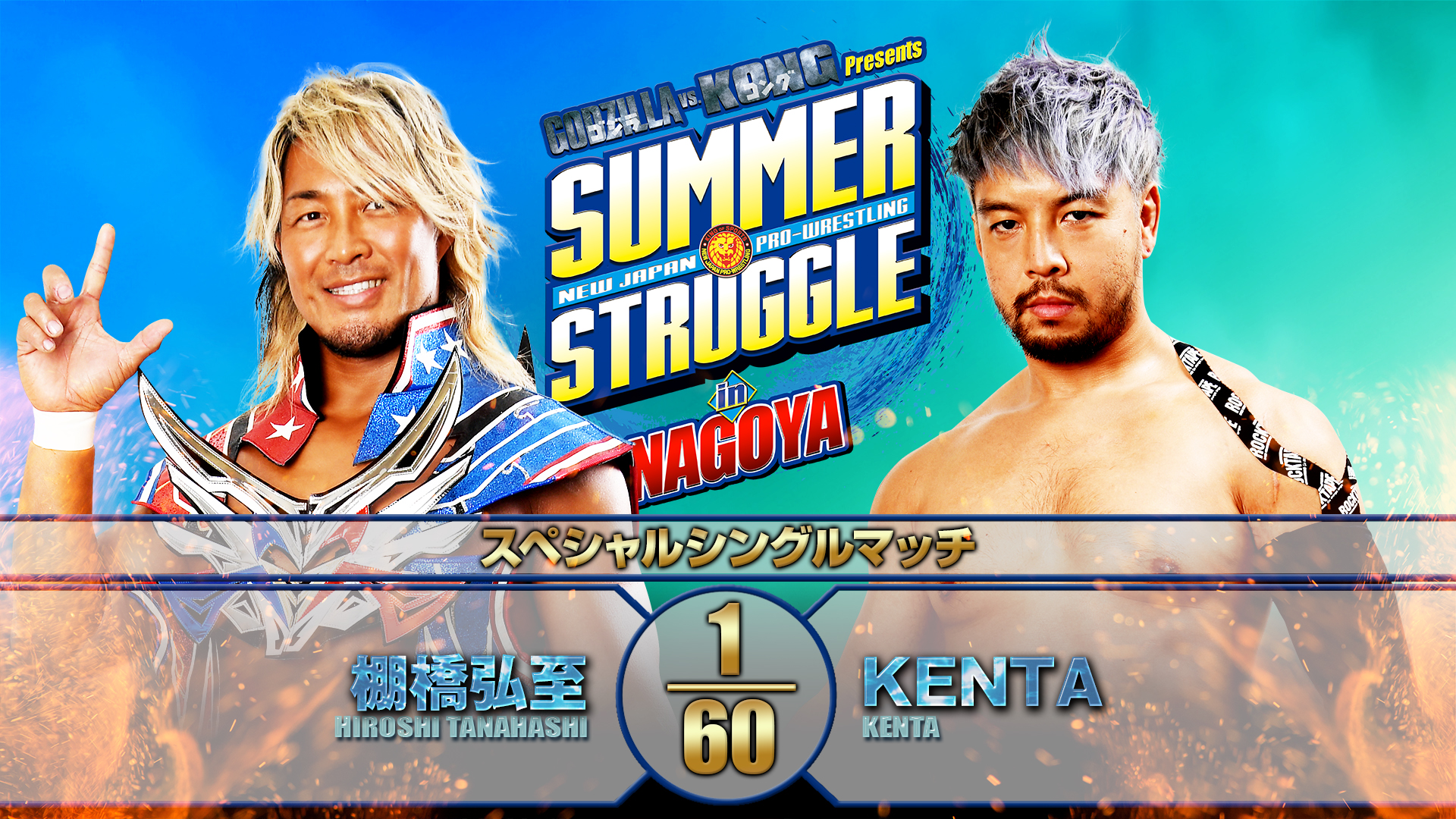 In the main event, Hiroshi Tanahashi will take on KENTA in an issue that flared up at Summer Struggle in Sapporo. There, a post match attack from KENTA on July 10 was followed by scathing comments backstage, as the BULLET CLUB member ran down the Ace’s lack of direction, and the suggestion made to press that KENTA would be a stepping stone for Tanahashi back to the championship hunt. The disgusted KENTA would go on to remind Tanahashi of the last time the two met at Power Struggle in November 2020, when he was holding the IWGP United States right to challenge briefcase. That briefcase would be rung off the head of Tanahashi and destroyed, a matter KENTA complained he was never compensated for.

Will Tanahashi provide the receipts for KENTA in Nagoya? While the Ace’s record is in the negative against his Summer Struggle opponent, Tanahashi can lay claim to a convincing submission win over KENTA during last year’s G1. That victory came at a key point in the tournament for the Ace, and reaffirmed his confidence through trying times. A victory in Nagoya would do the same, but a victory for KENTA could shoot him right to the top of the contender list for any championship he desires. 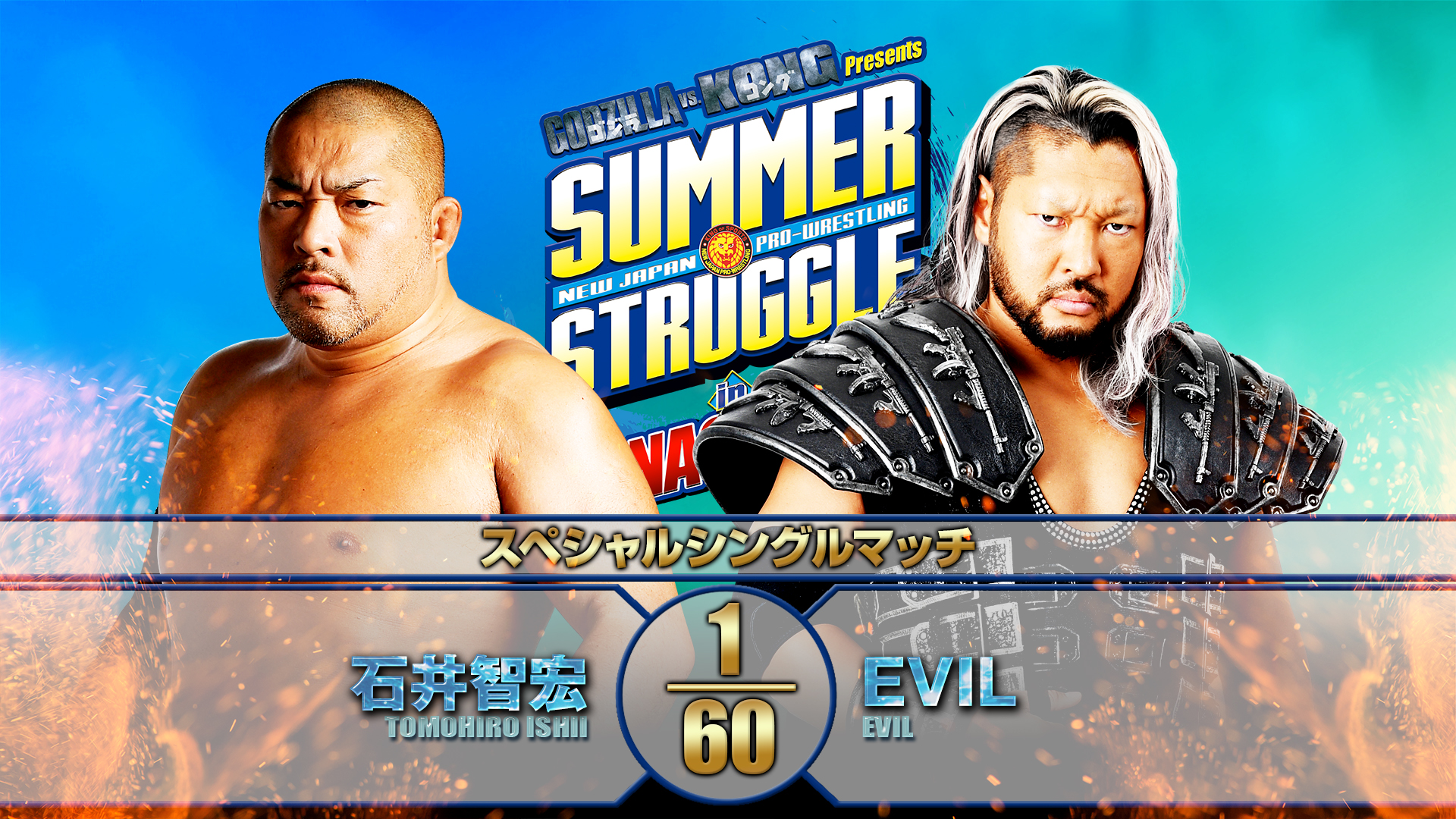 Meanwhile, EVIL will face Tomohiro Ishii in singles action. A year having past since the King of Darkness joined BULLET CLUB, it is little secret that EVIL struggled for success after a hot start. His IWGP Heavyweight and Intercontinental Championship reign a brief one, his G1 Climax 30 campaign was stopped by SANADA, who again defeated his former partner at Wrestle Kingdom. After losses to Kazuchika Okada and Shingo Takagi in the early spring, EVIL went back to the drawing board, where no doubt he found Tomohiro Ishii sketched.

Ishii and EVIL have collided several times over the years, always in hard fought, hard hitting bouts, and always with Ishii getting the win. For EVIL to fulfil ahis true potential in BULLET CLUB, a win over Ishii would play a major part, and the seeds were sown when EVIL, Yujiro Takahashi and Dick Togo chased after the NEVER Openweight 6-Man Championships held by Ishii and CHAOS.

The CHAOS side retained those titles, and once again a week later against the Third Generation. Just after Ishii extended a post match respectful hand to the veterans however, the lights would go out in Korakuen Hall, and came back up to reveal EVIL and Togo standing over a downed Ishii.

EVIL made it perfectly clear that he was after singles, rather than trios success, and Ishii accepted the challenge. Yet now, unlike all their other encounters, this will likely be a de facto handicap affair as Dick Togo lingers in the background. Who emerges from what will surely be a filthy fight in Nagoya? 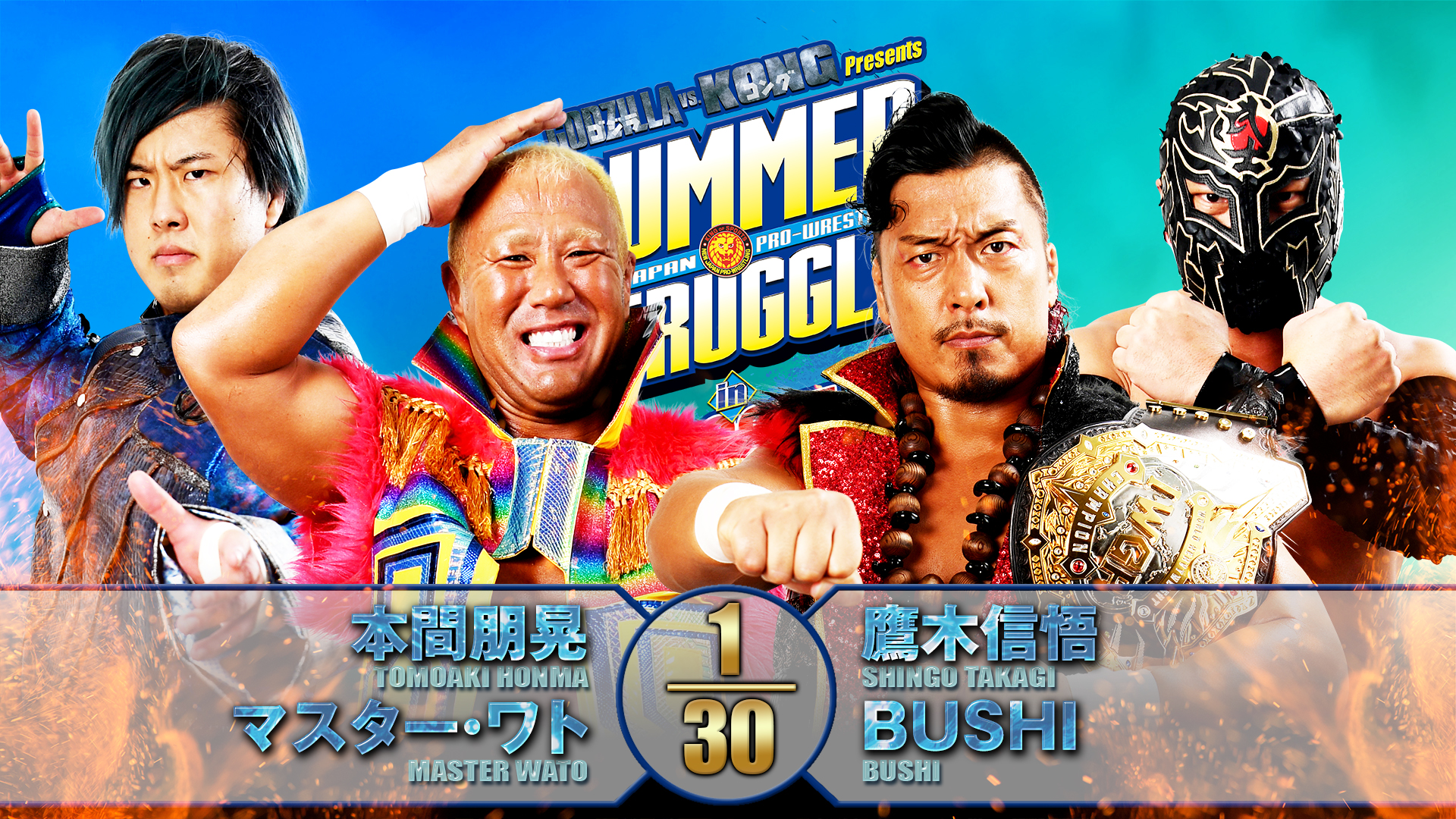 With Kota Ibushi absent from tonight’s action, Tomoaki Honma steps up to team with Master Wato opposite Shingo Takagi and BUSHI. As uncertainty surrounds the status of his challenger at the Tokyo Dome Sunday, Takagi will be bringing his best to Nagoya. The peak of NJPW competition is in the LIJ corner in Nagoya; will it be the case after Sunday? 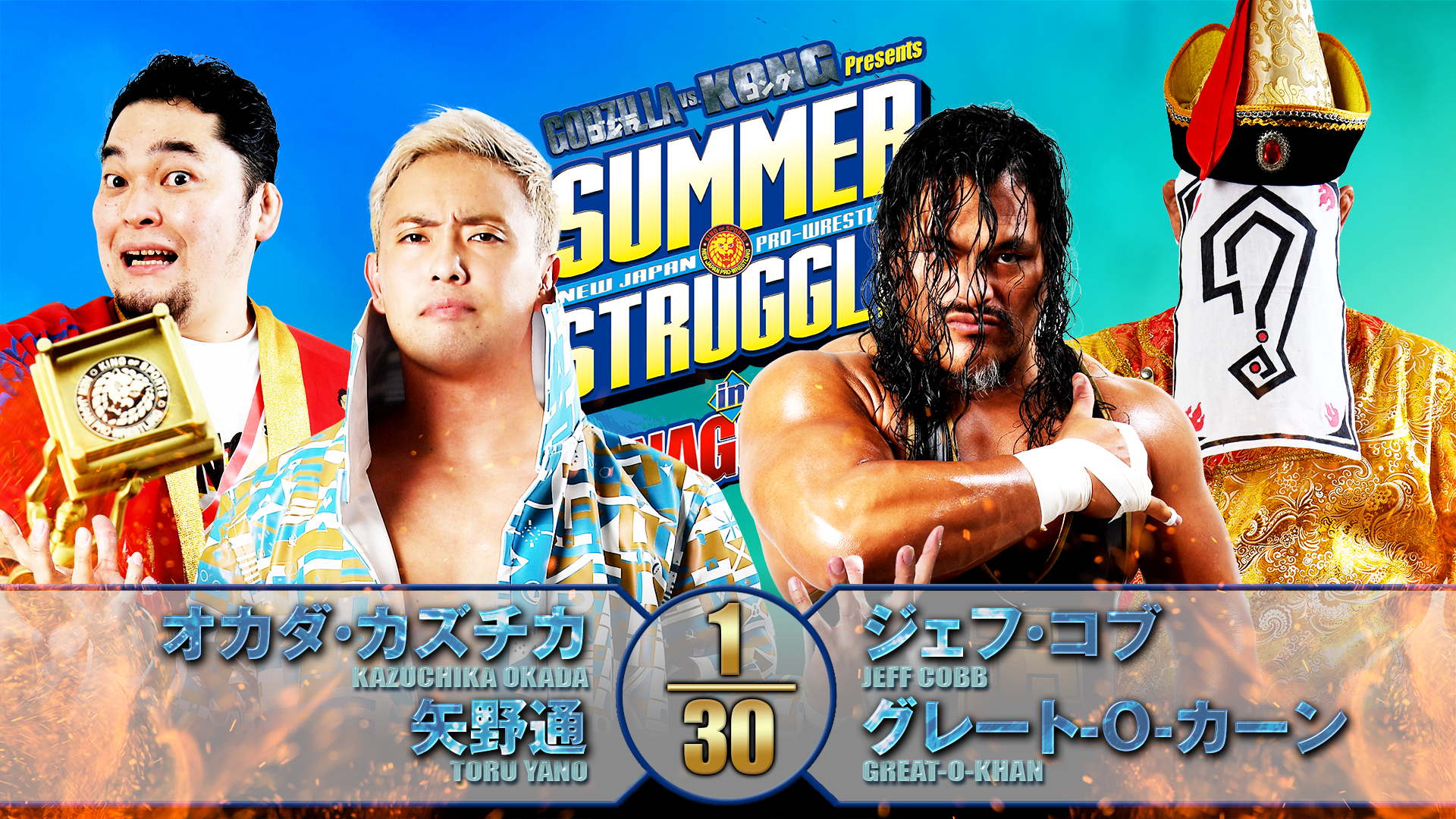 The third in a tag team triple header for Kazuchika Okada against the United Empire will see the Rainmaker team with Toru Yano against Jeff Cobb and Great-O-Khan. Toru Yano has his own stakes at the Tokyo Dome Sunday, as his KOPW 2021 status is on the line in the kickoff New Japan Ranbo. With his label as the King of Pro-Wrestling on the line in less than 24 hours, will he be bringing the fight? Or handcuffs for that matter? 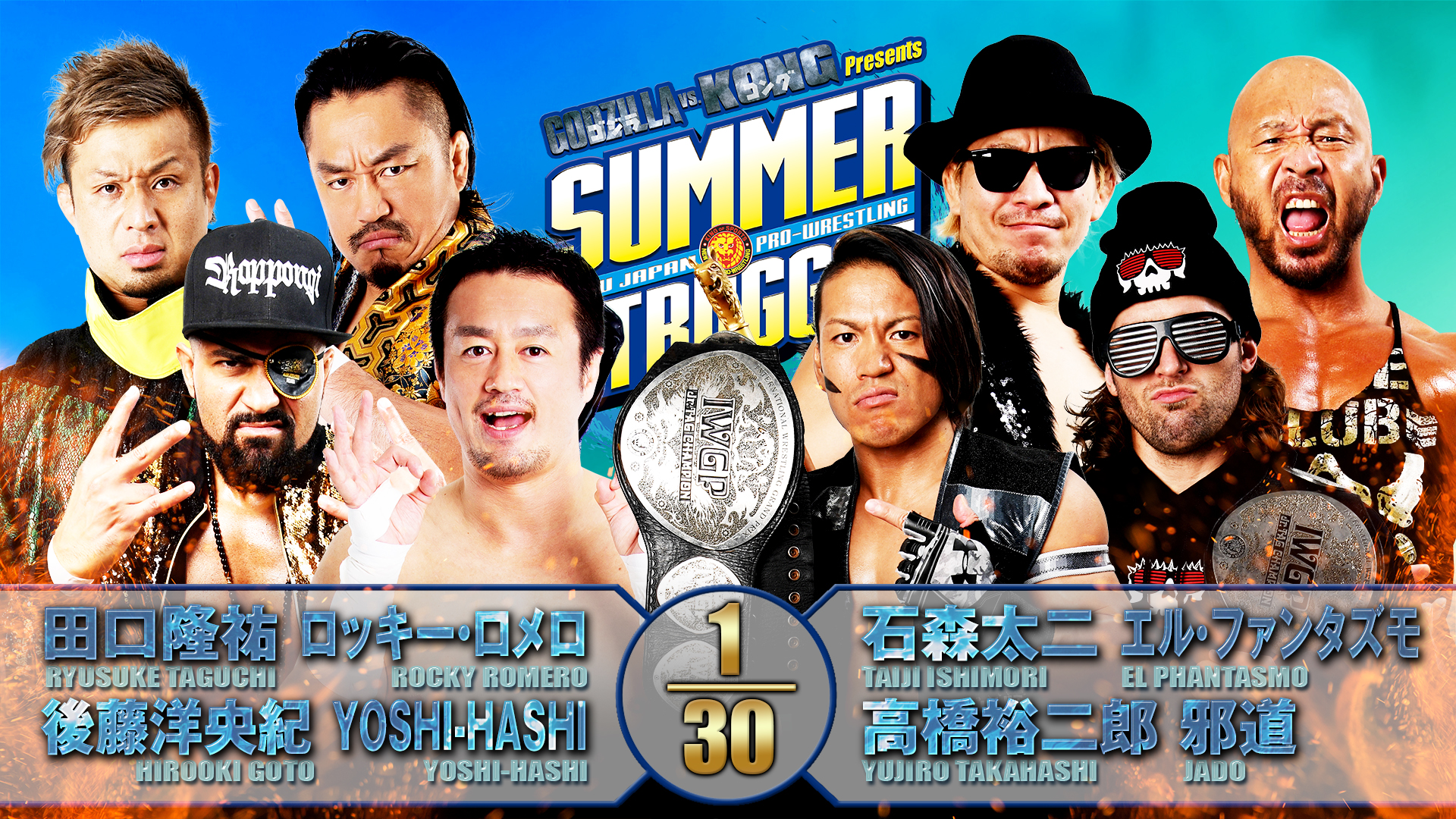 24 hours before they challenge for the IWGP Junior Heavyweight tag team Championships, the Mega Coaches take on El Phantasmo and Taiji Ishimori one more time in the second match of the night. Which team comes out with the upper hand in Nagoya, and what implications will this eight man bout have for Wrestle Grand Slam? 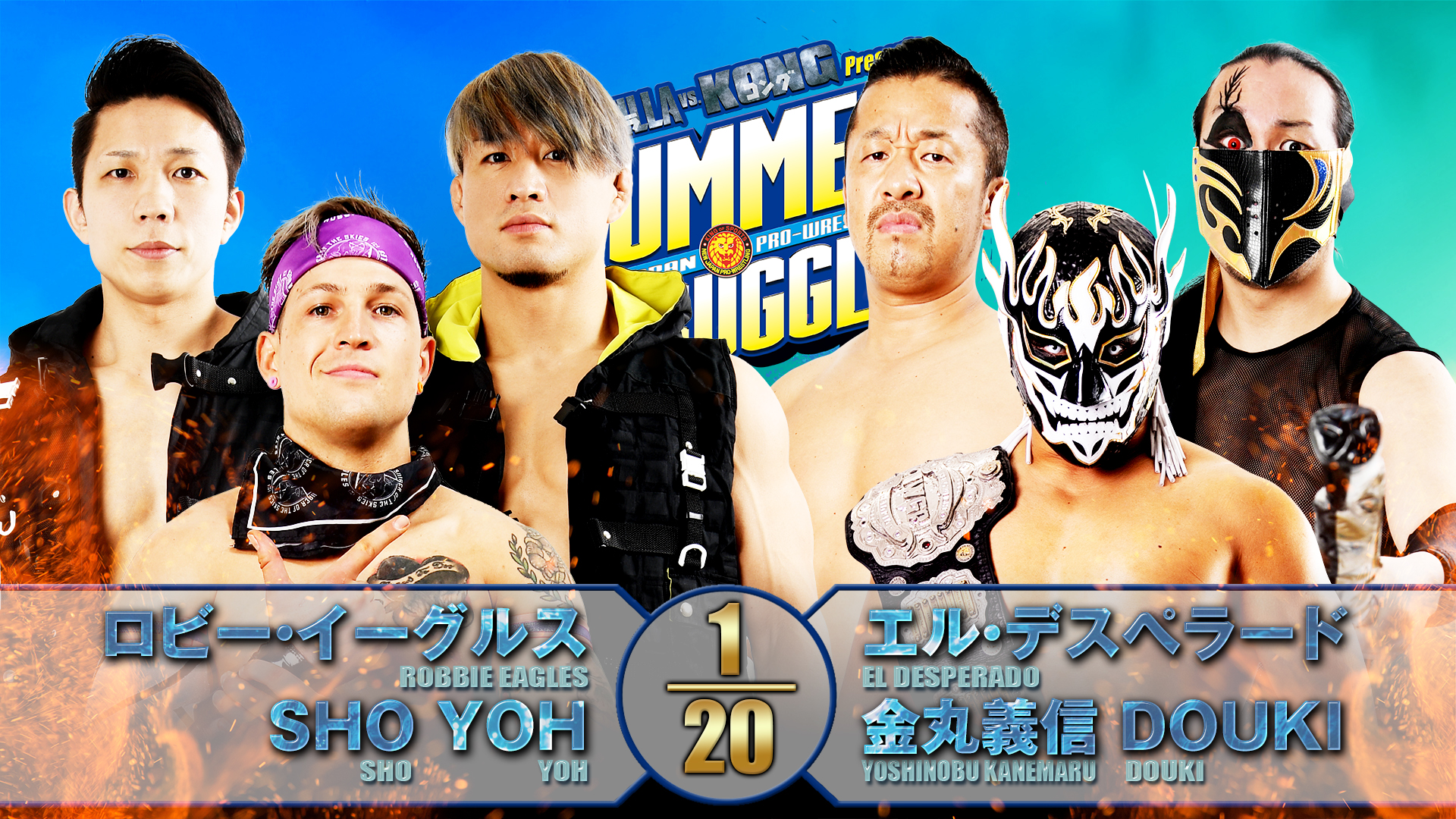 Trios action will kick us off tonight in Nagoya. Robbie Eagles will seek to make one last delcrative statement before facing El Desperado at the Tokyo Dome Sunday, while one shouldn’t discount the future of Roppongi 3K or any combination of the Suzuki-Gun side when it comes to junior heavyweight tag team competition either. A high paced start with much to prove for all concerned when action gets underway Saturday!