CHAOS vs Suzuki-Gun Elimination action in the main event 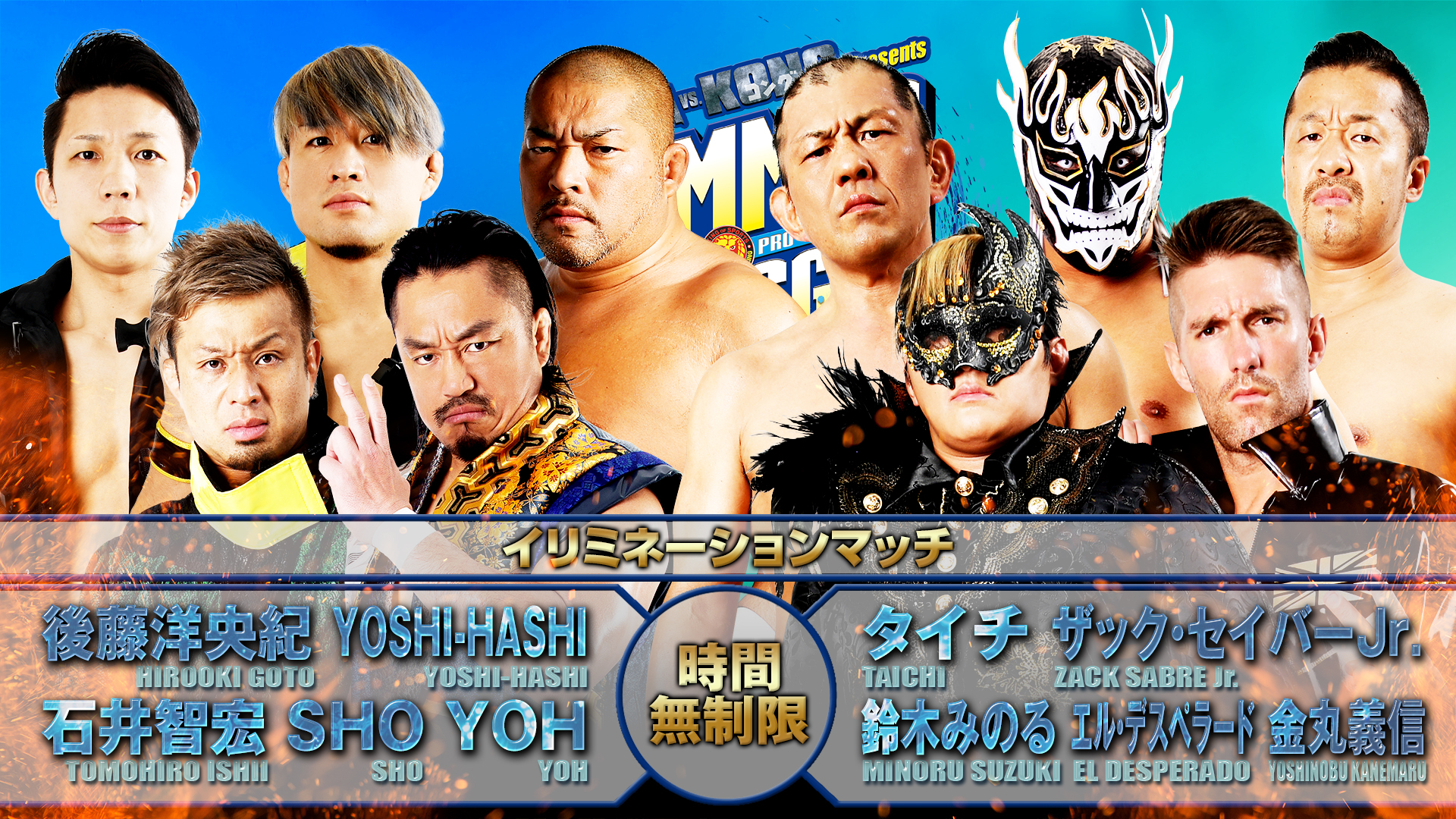 If Friday’s eight man elimination between LIJ and BULLET CLUB wasn’t wild enough, CHAOS and Suzuki-Gun collide in an even more chaotic ten man elimination in our main event Saturday. With the NEVER Openweight 6-Man Tag titles on the line the very next night, and Roppongi 3K taking on El Desperado and Yoshinobu Kanemaru as part of the upcoming Super Jr. Tag League, there’s a lot of moving parts in an unmissable headline bout. 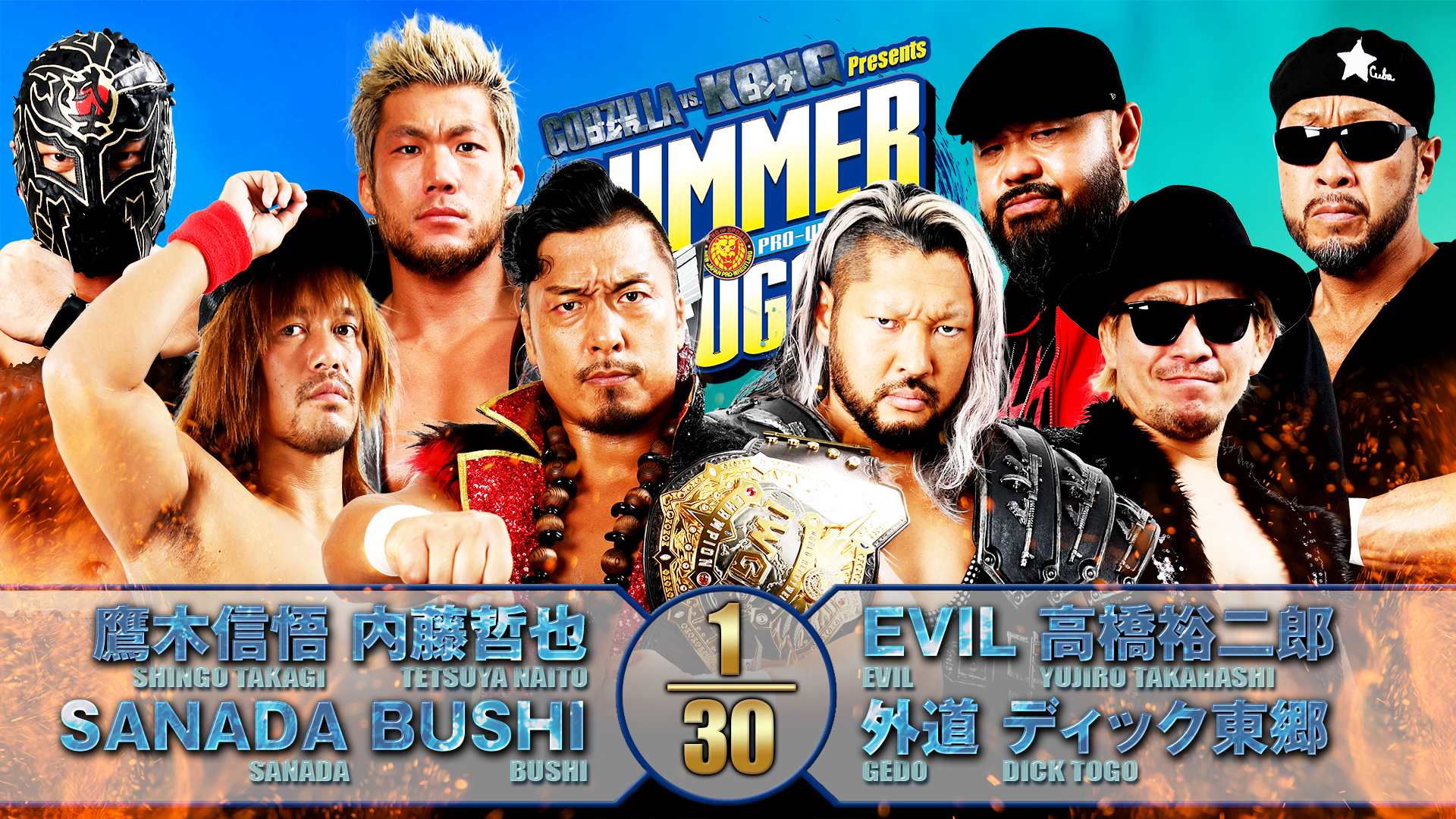 EVIL and Shingo Takagi continue on their collision course toward the MetLife Dome on September 5. Tuesday night, EVIL was held back and forced to watch BUSHI fall to EVIL. After Friday’s elimination main event, how will this feud develop in Korakuen Saturday? 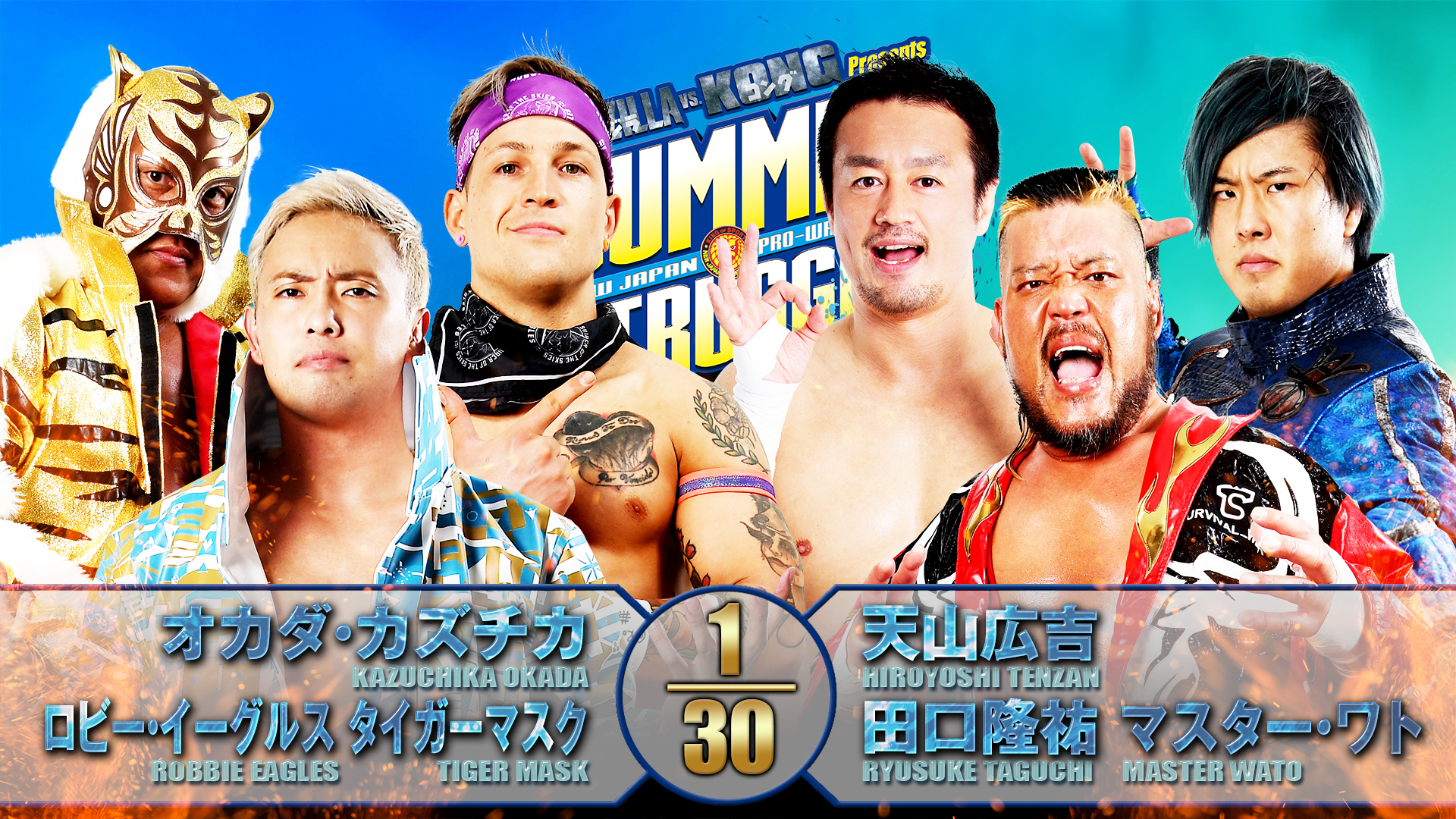 Robbie Eagles and Tiger Mask get set for the Super Jr. Tag League in the third match of the night as they team with Kazuchika Okada to take on Master Wato and a pair of his mentors in Tenzan and Taguchi. Can Kazuchika Okada now breathe easily now that Jeff Cobb has returned to the US? Or will he be distracted now that a September 4 date is set for his rematch with the Imperial Unit? 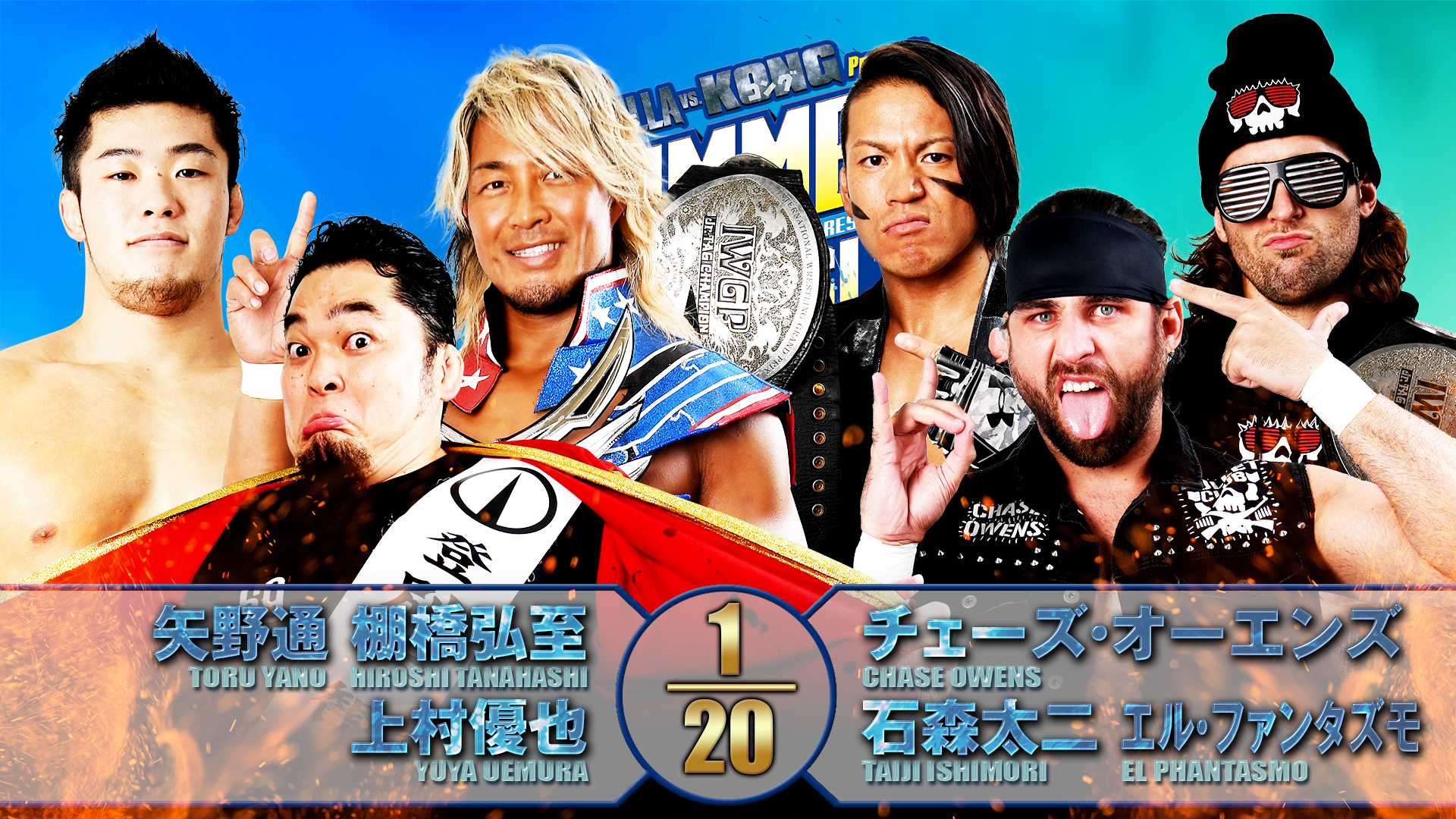 Toru Yano is now set to collide with Chase Owens on September 4 in a battle to regain ‘his’ KOPW 2021 trophy. Eyes will be on the master producer tonight; will he or Owens perhaps give a hint as to the rules they might bring to the MetLife Dome?

Also, now Hiroshi Tanahashi’s IWGP US title match against Lance Archer at Resurgence August 14 is official, what kind of fight will the Ace be bringing? 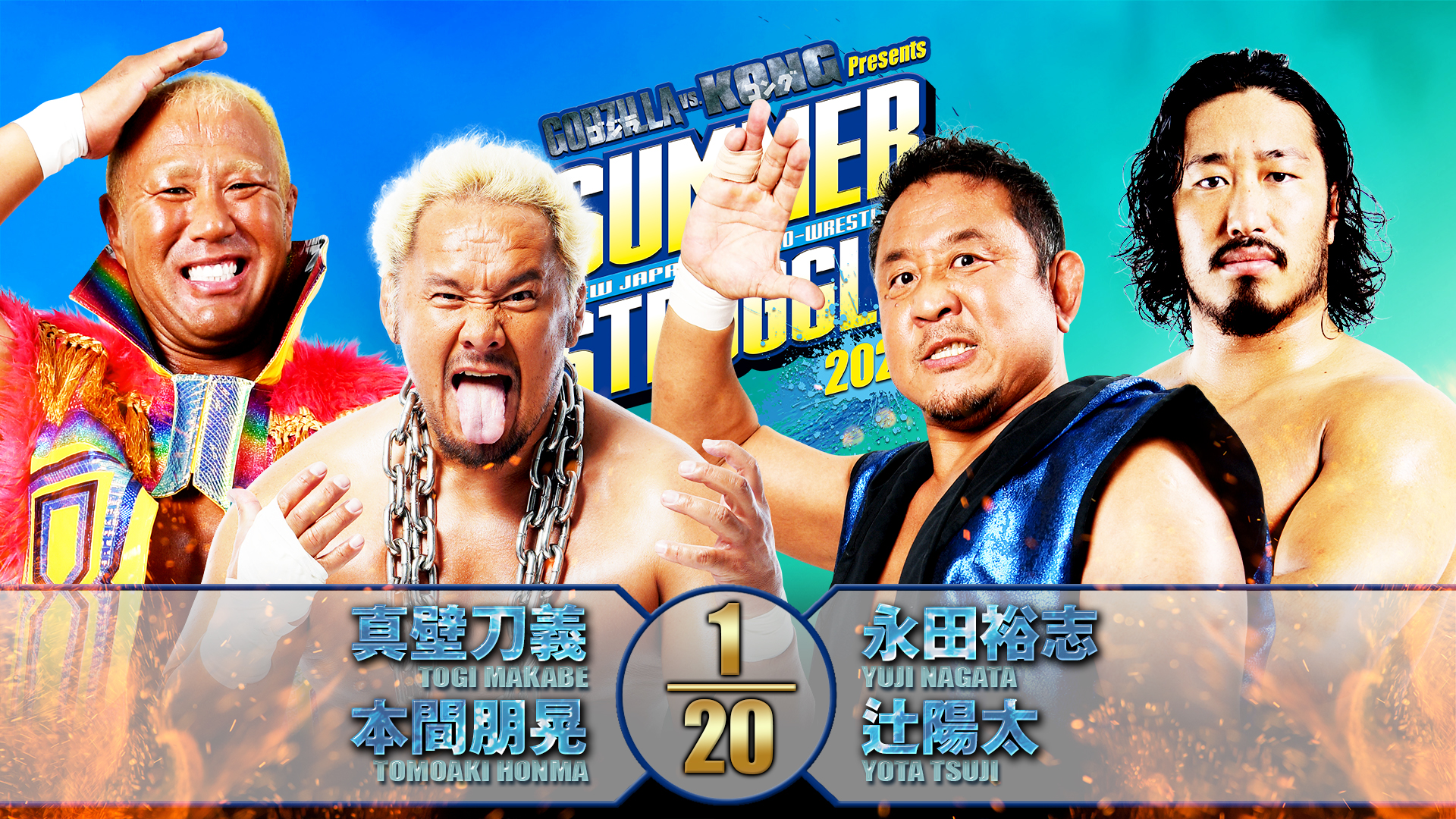 The night will start with Yota Tsuji’s penultimate match before excursion. How will he fare against GBH with Yuji Nagata in his corner? Find out when action gets started Saturday!