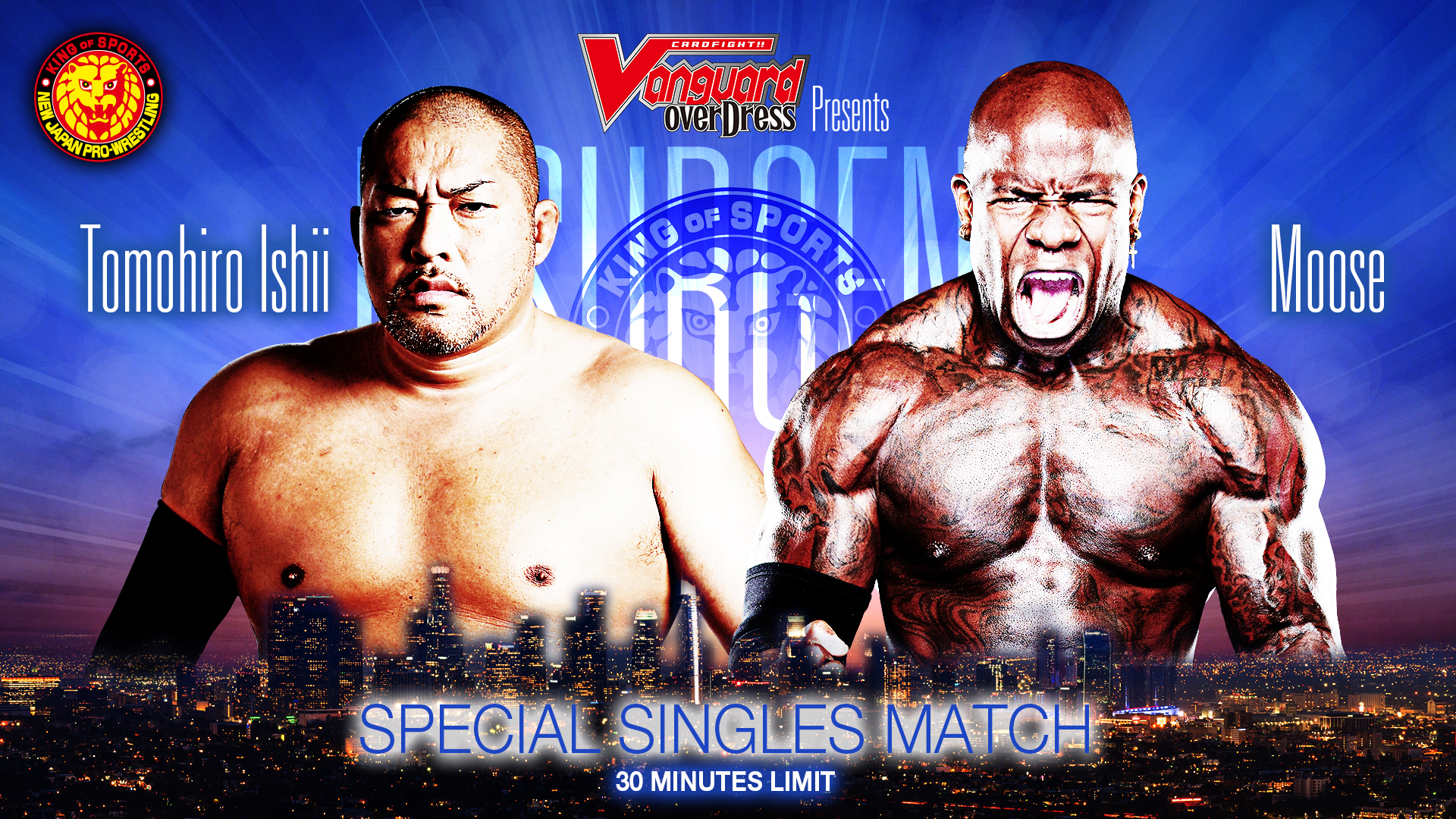 Watch LIVE in English on FITE! (Live Japanese on NJPW World, English to follow at a later date)

An immense bonus match has been added to Resurgence August 14! The Stone Pitbull himself, Tomohiro Ishii has been added to the lineup at the Torch at L.A. Coliseum, in his first US appearance since November 2019.

Ishii presents a big fight for any opponent, and a victory over the Pitbull represents a huge accomplishment to carry with you to any promotion in the world. So for a big fight, IMPACT Wrestling has brought big opposition in the form of Moose!

Moose and Ishii collided once before back in May 2016, with Ishii coming out on top in Michigan. Will Moose settle the score in LA on the 14th? Find out at Resurgence!