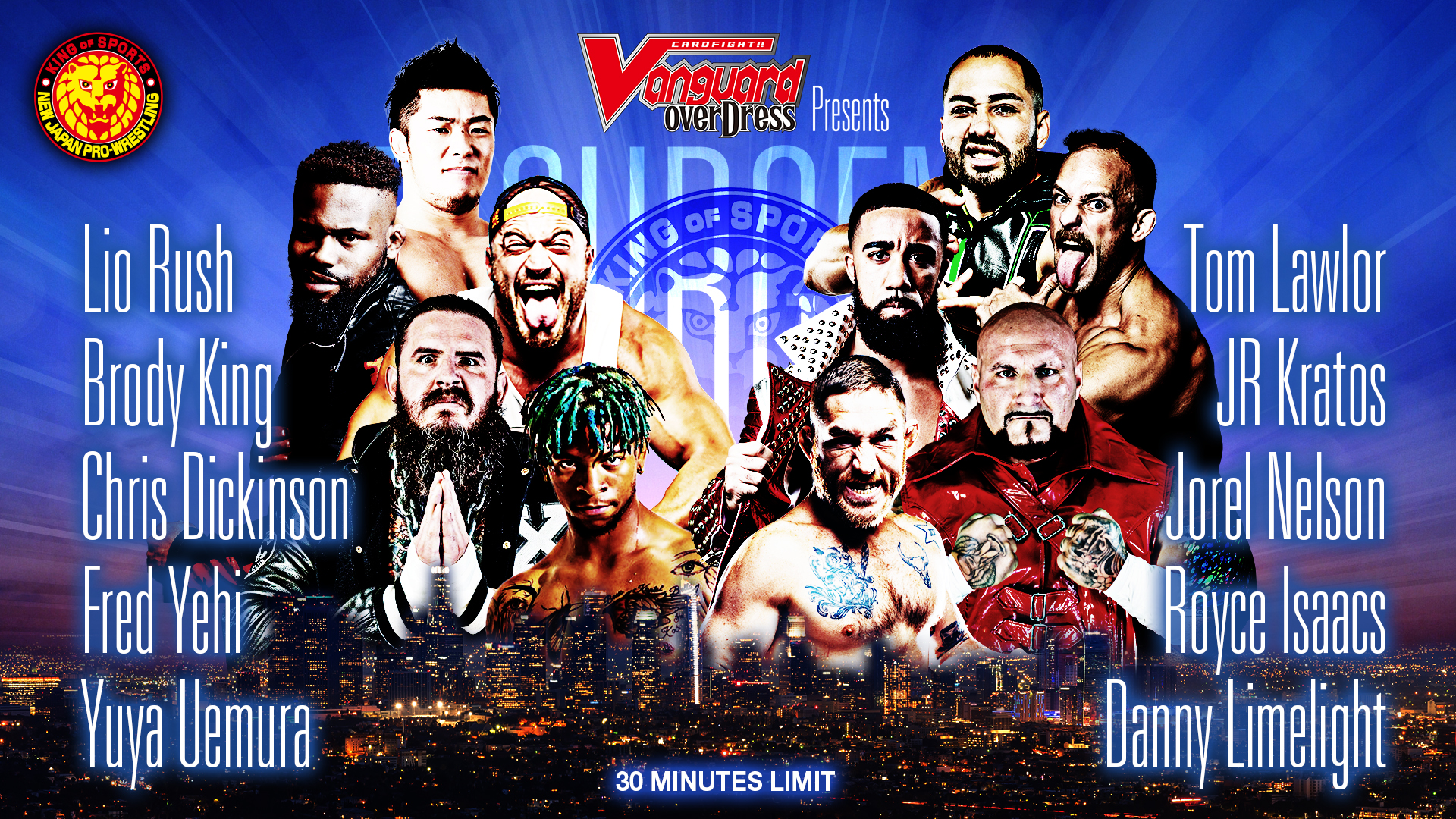 Watch LIVE and in English on FITE! (Live in Japanese on NJPW World with English to follow)

With Resurgence coming up next week at The Torch at L.A. Coliseum, the match card is almost complete, and a new addition has been made after events transpired this week on NJPW STRONG.

The closing moments of STRONG saw the West Coast Wrecking Crew of Jorel Nelson and Royce Isaacs invited into Tom Lawlor’s fight team, an invitation the crew accepted. Now the full team of five will be in action together for the first time at Resurgence, taking on some big time competition.

First, Lio Rush. The Man of the Hour stepped to Lawlor immediately after he defended the STRONG Openweight Championship against Satoshi Kojima a couple of weeks ago on STRONG. Now he wants to make a mark on STRONG’s filthy champion on a grand stage and cement his contendership.

Brody King and Chris Dickinson of Violence Unlimited have had issues with Team Filthy going back months, Dickinson being booted from Lawlor’s team after he aligned himself with King on Ring of Honor television. At Resurgence, they’ll enlist another ROH representative in the Savageweight Fred Yehi to their cause.

Finally there’s Yuya Uemura, in action for the first time since his Japanese sendoff match against Kazuchika Okada in Korakuen. Uemura will be beginning a US excursion by going to battle at the Torch in LA!

This all joins a stacked card you cannot afford to miss in person at the Torch, on FITE, or on NJPW World!