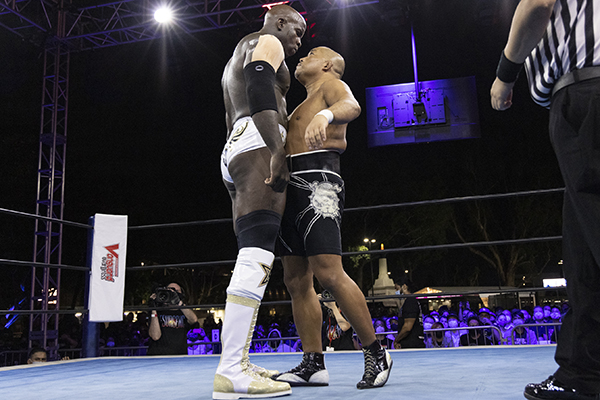 The crowd solidly behind the Stone Pitbull, Ishii threw all he had behind early tackles and elbows, but Moose would slow his opposition right down with a crunching shoulder. Showing agility with his power, Moose met Ishii with massive dropkicks in the corner, before pushing his foe to the floor. 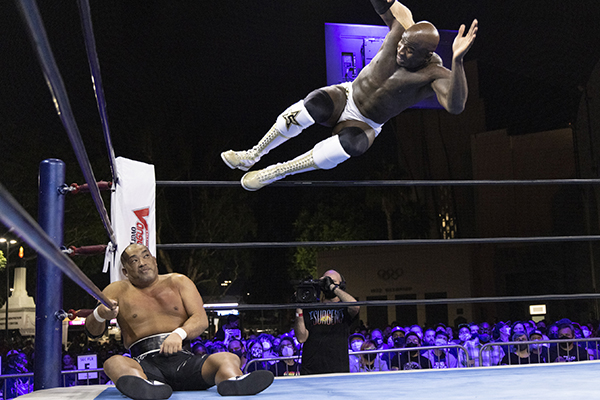 Outside, Moose looked to charge into Ishii at the guardrails, but last minute evasive action saw Moose taste the steel. Back inside, Ishii landed heavy chops to his giant foe, but even stomps to the foot of Moose didn’t lead to a suplex, the big man swatting Ishii away. Moose followed with heavy blows, but Ishii was not going to go down easily, burying a headbutt to the bread basket before landing the suplex.

Ishii tried to get on his horse to follow up, but was met with another big tackle. Thinking Lights Out, Moose hoisted Ishii, but the Stone Pitbull both escaped the powerbomb and resisted big boots before a massive collision left both men floored. 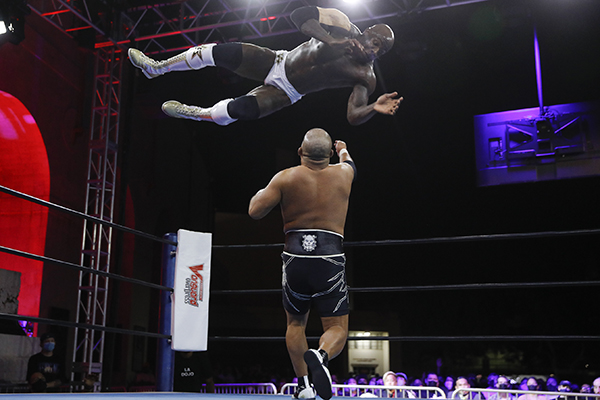 Both men found their feet, and traded heavy shots at the ten minute mark before Moose incredibly walked the ropes for a high cross, and followed with a heavy powerbomb, Ishii somehow kicking out. Moose planted Ishii on the top rope and landed a big time dropkick to the face, before another sit out powerbomb in the ring, but Ishii still refused to lose.

Kicking out of another strike from Moose at one, Ishii somehow found his footing, and met a bicycle kick with a lariat, but couldn’t even get one from the referee. On the run, Moose landed anothe thunderous dropkick to Ishii, but a charge into the corner was met instead by an Ishii German suplex. An incredible lariat from Ishii scored another two, but an attempt to end Moose’s night was met with an uranage slam. 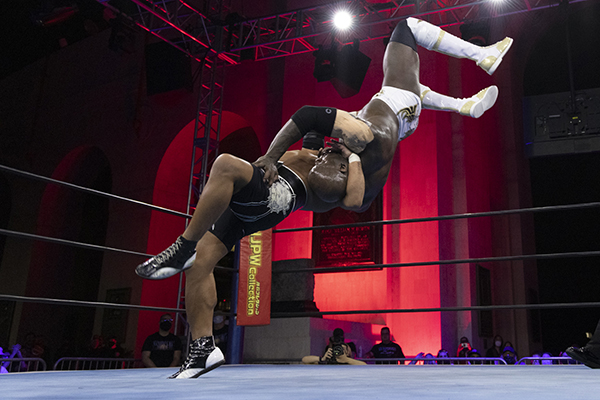 Moose’s follow up strike was instead countered by an enzuigiri and sliding lariat for two, and a Vertical Drop Brainbuster scored the win for Ishii in an unbelievable bout. Moose stated backstage that Ishii ‘would be a damned fool if you think this is over. I’ll be back’. Fans will be waiting.