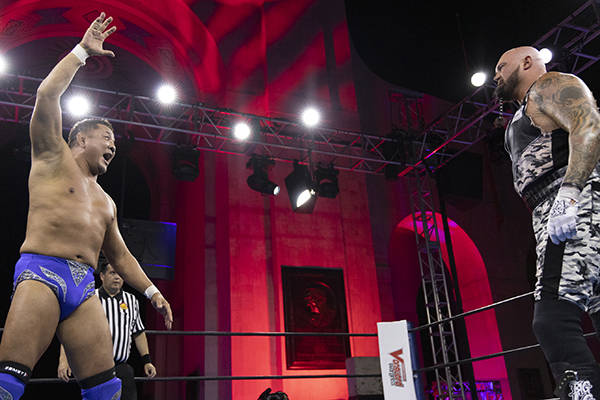 On a night of surprises at Resurgence, Yuji Nagata was revealed as Jon Moxley’s mystery tag team partner as the two took on the Good Brothers in tag team action.

Wasting no time, Moxley took the fight to Karl Anderson in the opening moments, and wanted Death Rider early, but when the Machine Gun bailed to the floor, Gallows made his presence felt. Moxley opted to tag in Nagata to a big reaction from the LA faithful, and Blue Justice was quick to target the big man’s leg, but when he found himself surrounded in the wrong corner, a big boot from Gallows brought the match to the Good Brothers’ control.

Fireworks took place in the background of the LA Coliseum as similar explosions took place in ring, Nagata able to misdirect Gallows with a dropkick to the knee to bring in Moxley. The Death Rider fired off a shotgun dropkick and then a tope suicida to Anderson as the match again spilled to the floor. A chair to the head of the Machine Gun was followed by a piledriver in ring; Gallows prevented a Death Rider attempt, but Nagata was there to stop a Good Brothers Magic Killer. 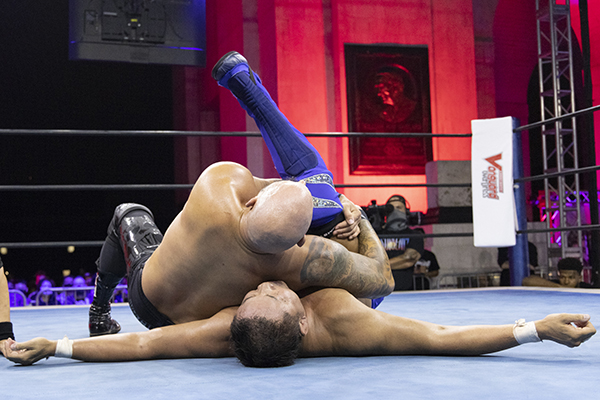 An exploder to Gallows and Nagata locked in the Nagata Lock II to Anderson while Gallows found himself in a Moxley Bulldog Choke. While both escaped from their submissions, the punishment was not done for Anderson as arm breakers did their damage.

Yet Gallows would again play support, and when Moxley tried to stop any two on one situations, found himself dropped with a Magic Killer onto a chair at ringside. Left alone, Nagata battled valiantly, but a Gunstun and Magic Killer ended the match. 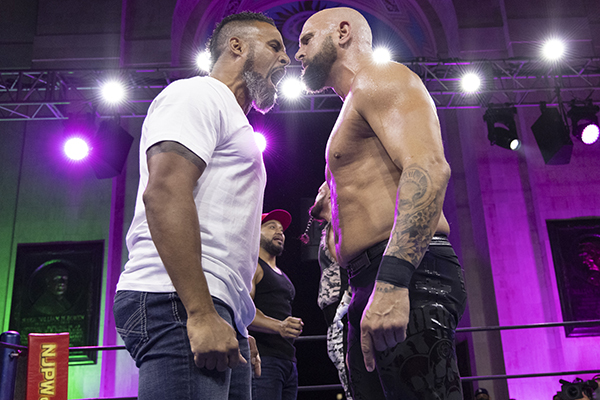 Post match, Gallows took to the mic to say that any team in any company would always fall to a Magic Killer. As Anderson tried to continue his rant though, he was interrupted by Tama Tonga and Tanga Loa, the Guerrillas of Destiny hitting the ring for a long awaited confrontation of current and former BULLET CLUB members. The former seven time IWGP Tag Champions stared down Gallows and Anderson, who seemed reluctant to fight, backing off for the time being.