Tanahashi vs Ibushi set as MetLife cards heat up 【WGS】

A major addition to September 4 cards made

A massive title match has been made official for Wrestle Grand Slam in MetLife Dome on September 4! 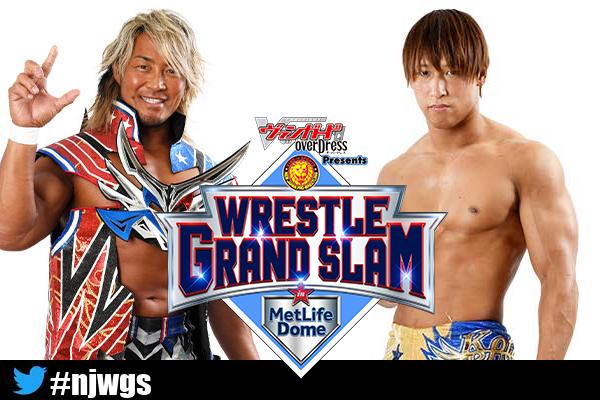 First, the IWGP United States Heavyweight Championship will be on the line on September 4, as Hiroshi Tanahashi defends against the returning Kota Ibushi. This match was made official after an exchange of video message from both men earlier today. Tanahashi called out Ibushi from California, where he won US gold against Lance Archer at Resurgence, issuing a challenge that Ibushi was quick to accept. After his Tokyo Dome challenge to Shingo Takagi in July was taken away by illness, the Golden Star will be more motivated than ever to put in a grand slam performance, and to lift the only singles championship that has eluded him in his NJPW career.