The long and winding Summer Struggle road nears its conclusion as the last four events of the tour come to Korakuen Hall. Time is fast running out before Wrestle Grand Slam at MetLife Dome, and key figures will look to make their mark tonight while new names take their first steps in the cerulean blue. 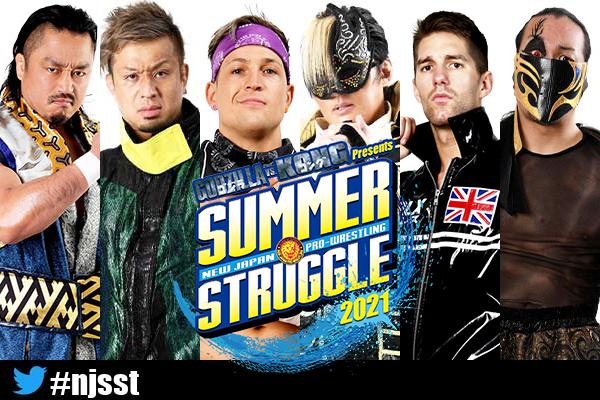 Our main event six man tag will see implications for both the IWGP Tag Team, and potentially, Junior Heavyweight Championships. Dangerous Tekkers will be defending IWGP Tag Team gold on September 5 in a scheduled three way against Goto and YOSHI-HASHI and Tetsuya Naito and SANADA, and this bout will be one of the last preview chances before the championship showdown.

Meanwhile, Robbie Eagles is getting set to defend the IWGP Junior Heavyweight Championship on night two in MetLife against Hiromu Takahashi. Yet when Hiromu challenged DOUKI to a singles match Friday at Korakuen, DOUKI stated that should he be able to beat the Time Bomb in Korakuen, he should be the one to face the Sniper of the Skies in Saitama. Could this turn out to be a singles championship preview as well as a tag team one? 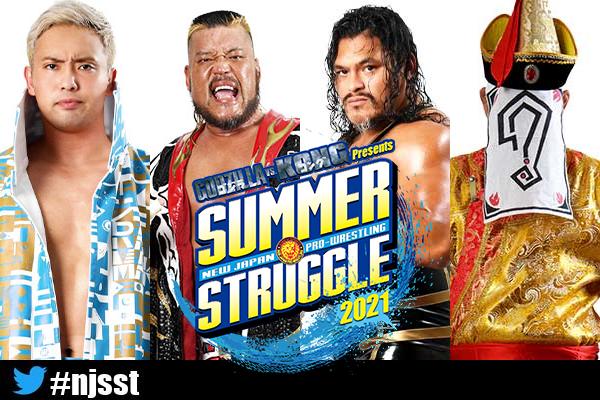 A preview of September 4’s clash between Kazuchika Okada and Jeff Cobb hits the semi main event of the evening, as the United Empire want to set a dominant trend before MetLife Dome. In Okada’s corner will be Hiroyoshi Tenzan, a man with his own issues with the group; it was on January 6 this year that Tenzan was stretchered from ringside after a post match assault and Tenzan Tombstone Driver from O-Khan. The incident sparked a grudge match between Tenzan and O-Khan that the Third Generation member lost, but Tenzan’s ill will to the United Empire certainly remains. 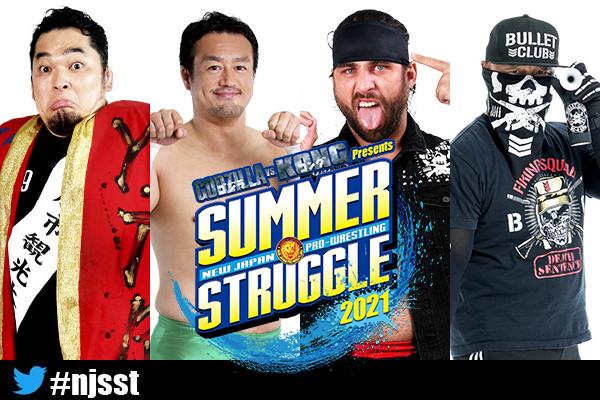 The third match of the night sees another preview of September 4 action. Night one in MetLife Dome will see Toru Yano face Chase Owens in an I Quit match with the KOPW2021 trophy at stake, and the two meet in tag team action tonight. The I Quit encounter in MetLife could well be the most violent KOPW encounter yet, and Tuesday night will see Yano showing just how badly he wants ‘his baby’ trophy back. 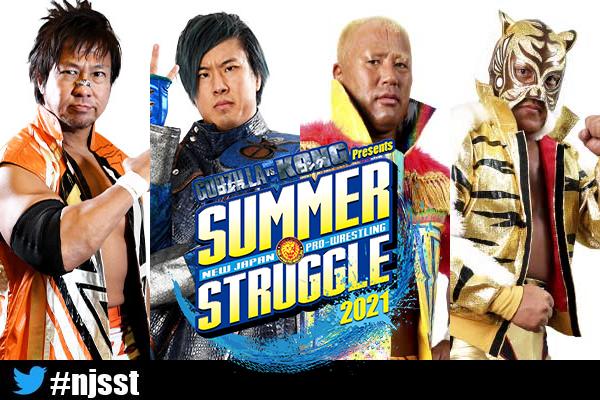 Second on the billing Tuesday, Master Wato teams up with Satoshi Kojima against Tomoaki Honma and Tiger Mask. Last week, Wato and Ryusuke Taguchi ended the Super Jr. Tag League hopes of Robbie Eagles and Tiger Mask, who had otherwise impressed through the round robin series. Now Wato is counting down to facing Eagles Friday night in Korakuen Hall, but before that he’ll take on his tag team partner in two on two action.

Kicking off the night will be a double debut bout for new Young Lions Kosei Fujita and Ryohei Oiwa. The two new stars will be facing off in a ten minute opening bout. The freestyle wrestling abckgrounds of both men at high school and college level respectively, will likely be on display, and Oiwa and Fujits will be fighting hard to set the pace for their early careers as they struggle for that all important first victory.