Lights Out for Dangerous Tekkers as Goto Victorious in Korakuen Main 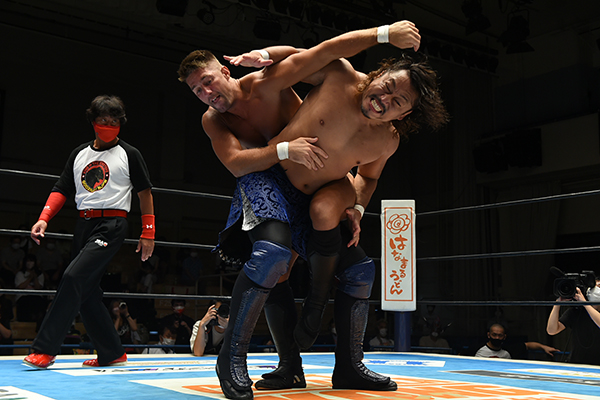 After plenty of jawing, Sabre would start the bout with Goto. An evenly matched opening would change when YOSHI-HASHI played the numbers game, hitting the ring and allowing for double and then triple team offense that put ZSJ in the wrong corner. A neck snap from the Briton to Eagles though, and Suzuki-gun took control, choking at all three opponents outside before Goto was viciously stretched in the ring. 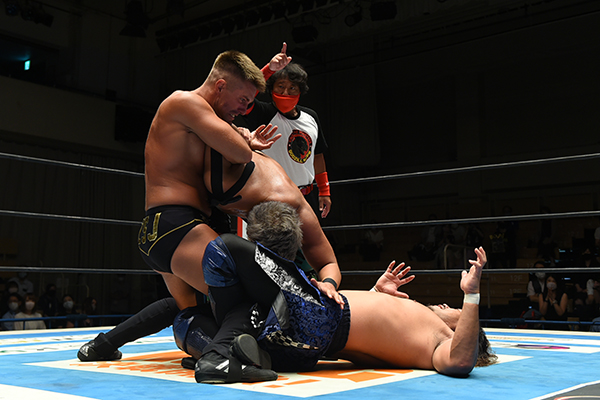 With a wild lariat, Goto opened the door to a tag to YOSHI-HASHI at the ten minute mark. The Headhunter showed familiar fire as he took the fight to Suzuki-Gun, but a boot to the back would put him down and corner lariats led to Seitei Jujiro. After Eagles broke up the submission though, YOSHI-HASHI refused to fall to Taichi’s lariats, striking with one of his own as Goto rejoined the fray.

Bodies flying all over led to tags made to Eagles and DOUKI. Junior Heavyweight champion Eagles brought strikes to DOUKI and went for Turbo Backpack; the move was blocked, but a springboard dropkick to the knee wasn’t, and a Ron Miller Special dealt damage before Sabre made the save, only to be sent packing by the champion.

Turbo Backpack scored on the second try for two, and Eagles went upstairs for the 450, damaging the leg of DOUKI, but with a knee driving the wind out of Eagles. The Suzuki-Gun member went for Suplex De la Luna and would have put the champion away had it not been for the presence of YOSHI-HASHI and a perfectly timed interception. 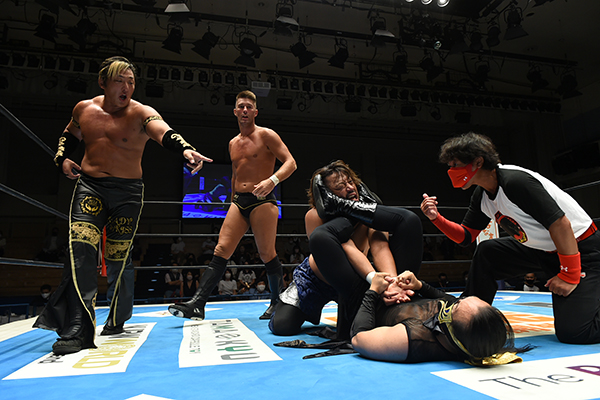 DOUKI took YOSHI-HASHI out of the equation with a quebrada, but the distraction would allow Eagles to tag Goto. Still, Suzuki-Gun kept control, and a ‘DOUKI Chokey’, coupled with a Buzzsaw head kick from Taichi seemed to put Goto on the brink of unconsciousness. Goto found the ropes, and countered a Daybreak DDT attempt, but Dangerous Tekkers again had the masked rudo’s back, allowing DOUKI to get two on a second attempt at the DDT. 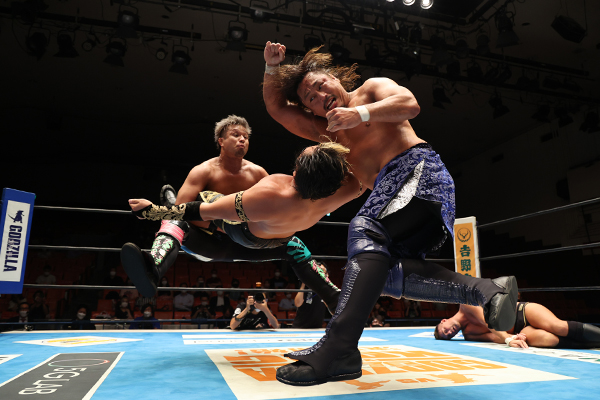 When DOUKI tried to find Suplex De la Luna on Goto, his CHAOS opponent found Ushigoroshi instead. DOUKI’s momentum remained strong, getting two from a rollup, but Goto found GTW, and then GTR for the victory. A post match attack from the IWGP Tag Team Champions was defused by YOSHI-HASHI and GYR to ZSJ, and GYW to Taichi, as Goto vowed it would be ‘lights out’ for the champs at MetLife. 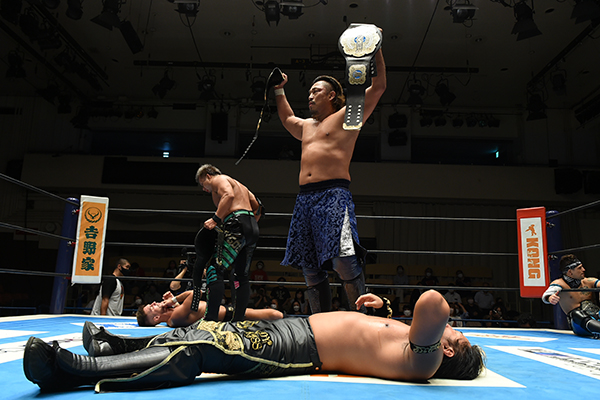