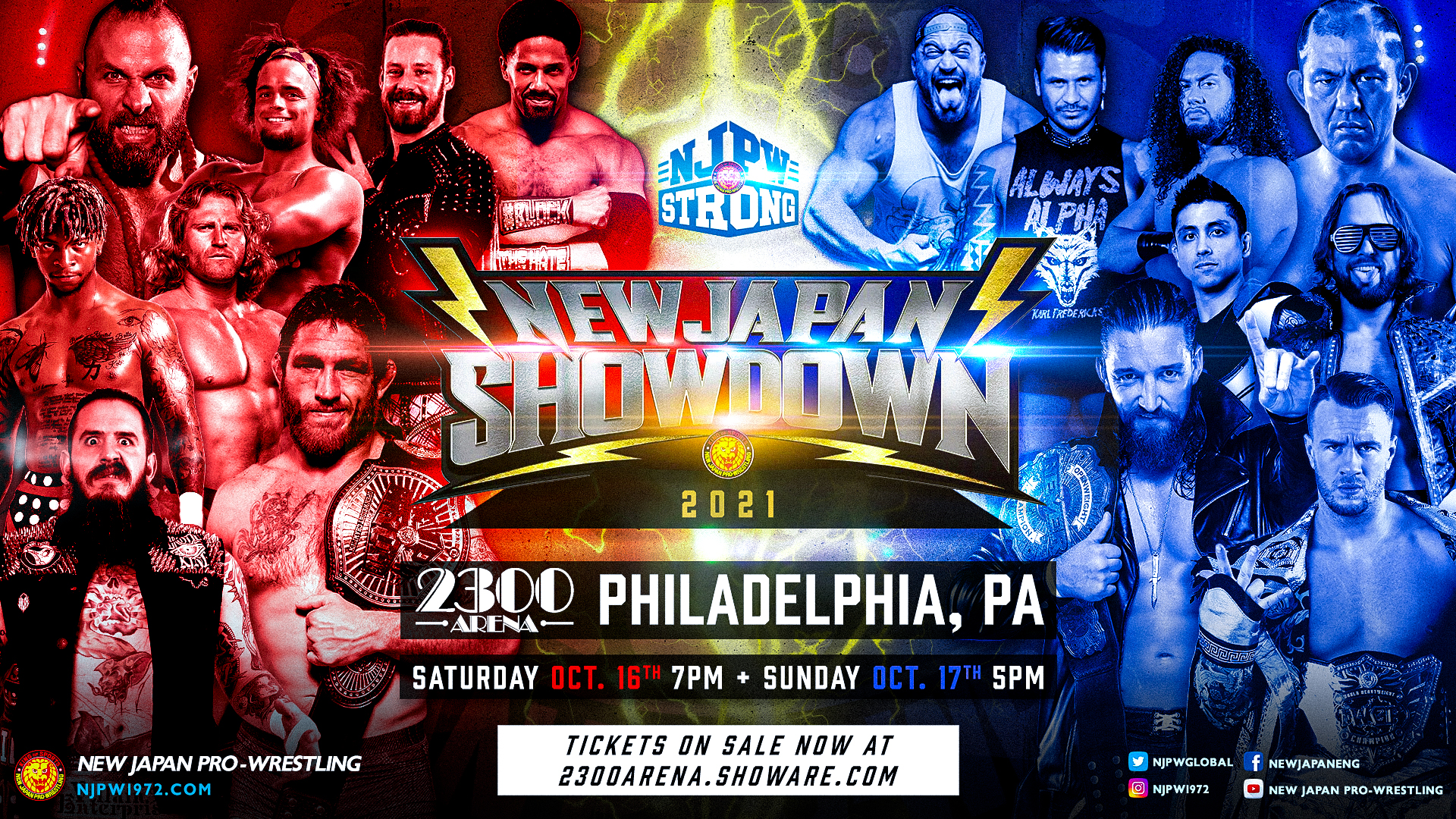 October 16 & 17 will see NJPW STRONG taped in Philadelphia, as Showdown 2021 emanates from the legendary 2300 Arena across two nights. An already hot ticket is set to get hotter, as big names have been added to this landmark event. 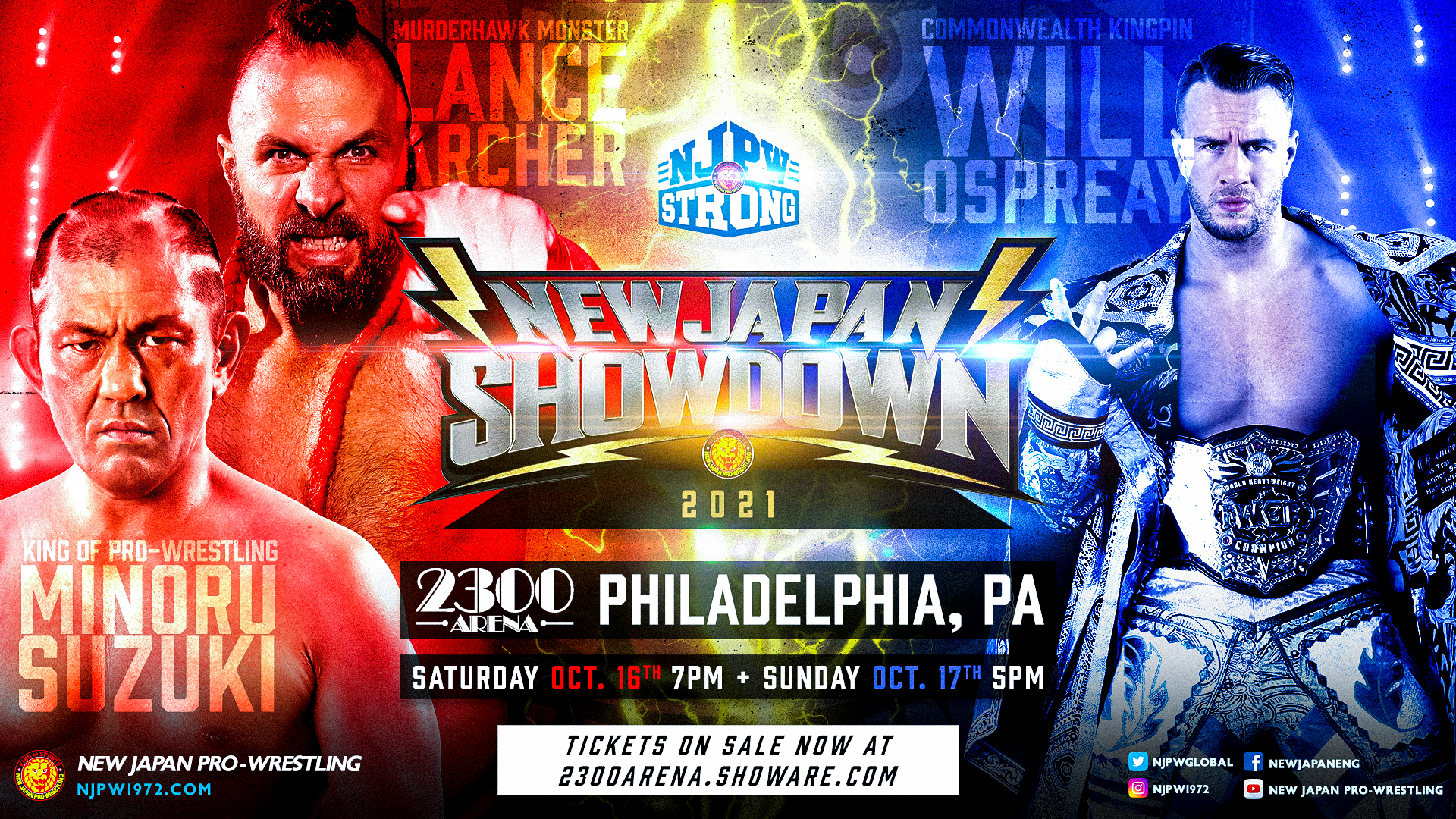 After being added to the lineup for Autumn Attack in DFW Texas last week, Minoru Suzuki, Lance Archer and Will Ospreay will all be a part of the action in Philly October 16 & 17. For Archer, this marks his first match in the 2300 Arena since NJPW was last in Philadelphia for Fighting Spirit Unleashed in 2019. There he ran through an inexperienced Alex Coughlin; will the now more battle hardened Coughlin be stepping up to the Murderhawk Monster two years on?

Will Ospreay hasn’t wrestled in Philly for almost four years after matches in 2017 for Ring of Honor. Philadelphia may be known as the City of Brotherly Love, but the self proclaimed ‘real IWGP World Champion’ is adept at drawing heat from just about anyone he meets, and might not endear himself to the partisan 2300 crowd. Meanwhile, Minoru Suzuki will be making his debut in one of wrestling’s most famous venues, and Philadelphia is sure to explode in appreciation for The King.

With Brody King, El Phantasmo and more also officially added to the lineup, Showdown is set to bring a stacked two nights of action to Philly, and we can’t wait to see you there!

Full lineup and match cards to be announced