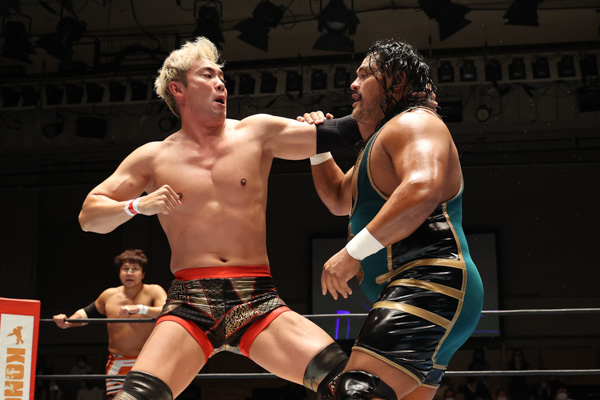 The main event August 26 in Korakuen Hall saw the penultimate night of the long Summer Struggle tour, and Kazuchika Okada teaming with Satoshi Kojima against Jeff Cobb and Great-O-Khan.

Officially announced to take on Jon Moxley at AEW’s All Out pay per view on September 5, Kojima tagged in quickly after Okada got an early advantage on Cobb, the Imperial Unit being in the unfamiliar position of his opposition having the upper hand. Quick tags kept Cobb under the control of Kojima and Okada, but a DDT reversal would see Cobb pitch the Rainmaker right across the ring, and Cobb took the driver’s seat. 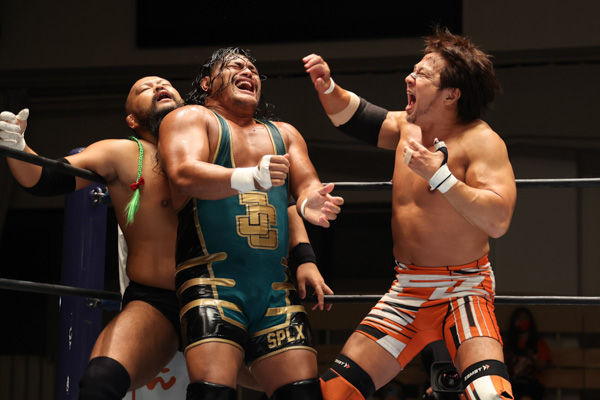 Okada endured mental and physical punishment as O-Khan sat atop the CHAOS leader in the corner and Cobb manhandled the record setting former IWGP champion with ease. An Okada flapjack to O-Khan though, and Kojima took over inside, unleashing two full clips of machine gun chops to both United Empire representatives. The Bakayaro elbow scored for two, and Kojima avoided a judo takedown from O-Khan to spike the Dominator with a DDT. 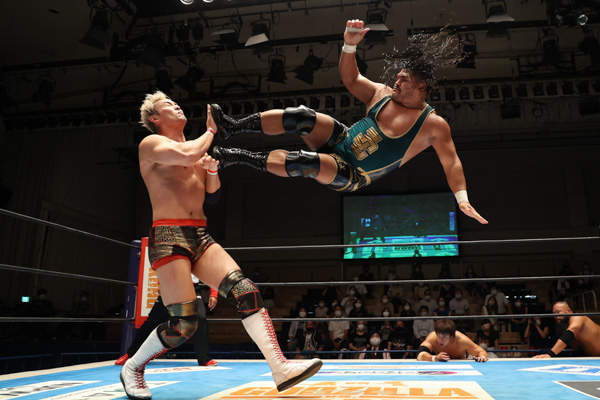 O-Khan’s power would see him to the Sheep Killer hold and an attempt at the Eliminator, but Kojima would find a Koji Cutter to tag in Okada again. The Rainmaker would escalate to an incredible pace as he charged to take Cobb down, and though an attempt to trade with the Olympian failed, Okada found the Money Clip to put his hulking opposition in trouble before O-Khan made the save. As Kojima took out O-Khan, Okada tried for a Tombstone, but was stopped by a Cobb dropkick. A Rainmaker style Tour of the Islands was blocked though, and met by the original Okada dropkick, the crowd coming alive as the match passed the 15 minute mark. 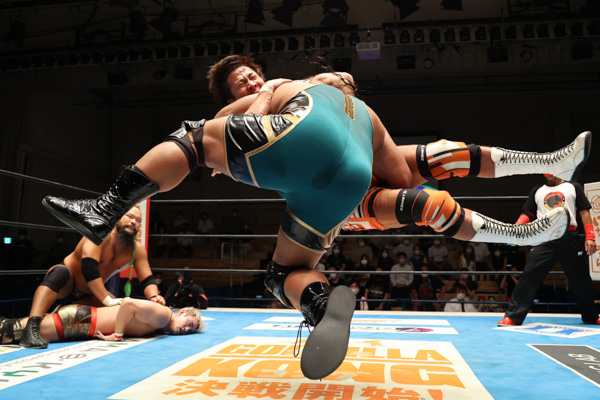 Kojima hit the ring to land a vertical drop brainbuster for a nearfall on Cobb, but a decisive lariat was stopped by a Spin Cycle. An intervening Okada was halted by a Tombstone, and Cobb landed a Rainmaker Style Tour of the Islands for the victory. Post match, Cobb vowed that the ‘Aloha Maker’ would put an end to the Rainmaker in MetLife Dome, while O-Khan stated that the United Empire will soon usher in a new prosperous era. Cobb and Okada are set to face off at Wrestle Grand Slam on September 4. 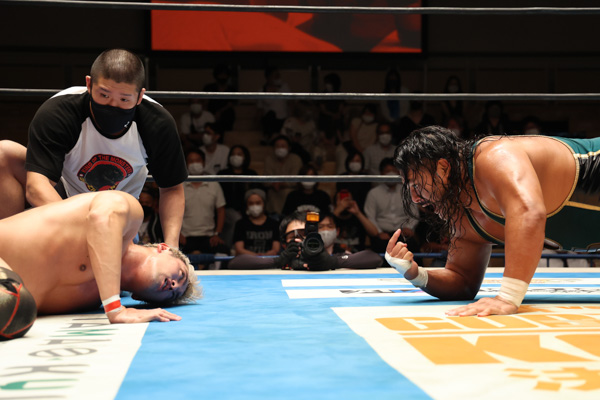