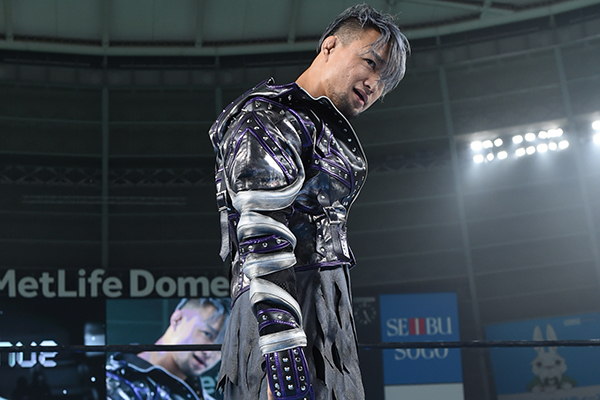 After the dissolution of Roppongi 3K during the Super Jr. Tag League in August, Wrestle Grand Slam in Met Life Dome would see former partners SHO and YOH collide in a bitter grudge match.
Any thoughts that the two men could get a fight out of their system and move on together were dispersed as SHO made his entrance with a video highlighting his betrayal. Meanwhile any thoughts that the bout between the two would be a fairly contested classical wrestling bout were dispersed as YOH brought aggression off the bat and action quickly spilled outside. 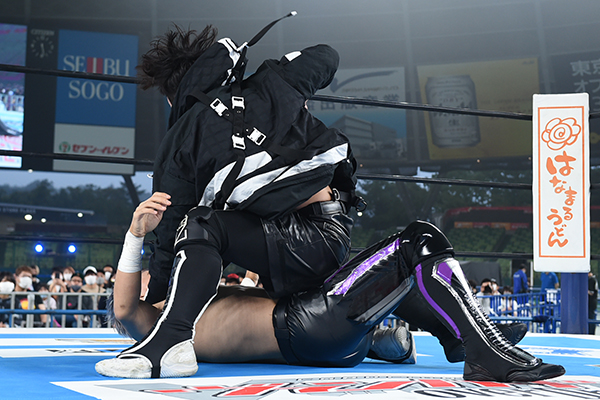 There, SHO found an advantage, shoving a Young Lion into YOH’s path and then hurling his partner into the ringside steel. Removing a protective cover around the corner ring bolt, SHO used the metal to apply pressure on the left arm, and, having created an advantage, ruthlessly pursued it with repeated kicks. SHO would beat YOH from the ring and wanted a countout over the downed YOH, but as the Stargazer crawled in, opted to maintain the pressure with strikes.
YOH’s efforts to gain momentum were repeatedly shut down, as SHO sneered and spat out trash talk to punctuate his offense. After sustained punishment though, YOH found a dropkick that rocketed off his opponent’s forehead and gave valuable space for more offense. 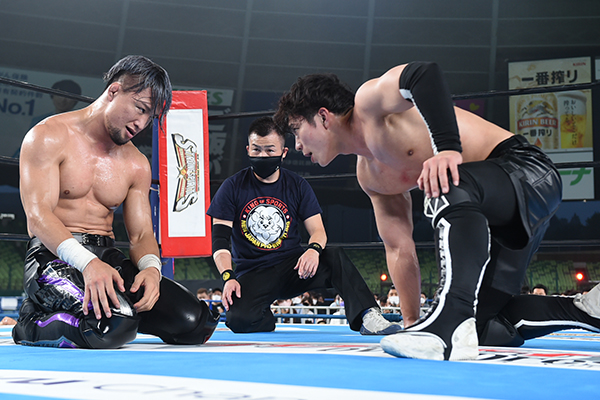 YOH stomped away at SHO, who went back to the arm over the ropes, but was dropkicked into the guardrails outside. A tope con giro followed up, and back inside YOH got the first near fall of the match with a Falcon Arrow to draw the two count.
YOH went to the top rope and looked to superplex YOH but was caught and dropped with a Power Breaker, SHO following with chained German suplexes. YOH would escape the clutches of his former partner, and found the Stargazer hold to hobble SHO but a series of blistering lariats saw YOH’s situation look bleak.
YOH would escape the Shock Arrow though, and found the Stargazer again, SHO yelling in pain before making the ropes. YOH kept up the pressure with a corner Dragon Suplex and wanted Direct Drive, but the weakened arm lacked the strength to keep SHO hooked, a backdrop seeing both men reset. 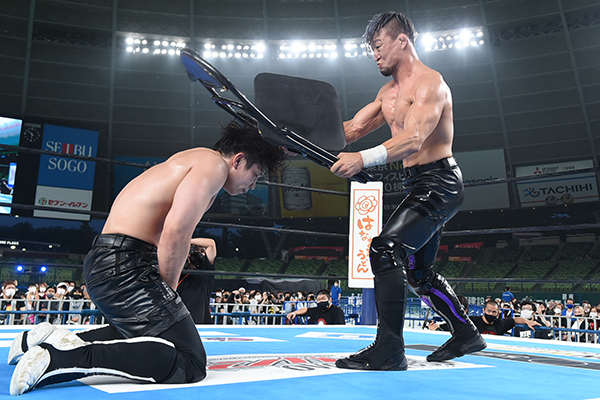 Bringing a rare fury, YOH peppered SHO with forearm blows and powered through his opponent’s strikes to land a lariat of his own. As he went for Direct Drive again though, SHO shoved YOH into the referee, and damage done, went for a chair.
YOH narrowly avoided a murderous swing, and dropped his ex-partner, but his humanity saw him cast the weapon aside. The honourable move carried a heavy price, as SHO struck YOH low and broke the chair over his former friend’s skull, SHO sinking in a Gogoplata immediately afterward to force a referee stop. 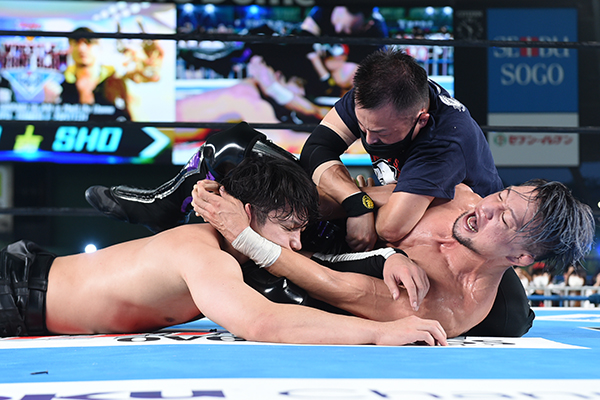 Post match, EVIL, Dick Togo and Yujiro Takahashi came to the ring. Presenting him with a shirt, they welcomed SHO to BULLET CLUB, and in fact a new sub-faction by the name ‘House of Torture’. Backstage, EVIL talked up the ‘Murder Machine’ and the four of them together, the King of Darkness gaining a significant ally ahead of his IWGP World Heavyweight Championship bout with Shingo Takagi Sunday. 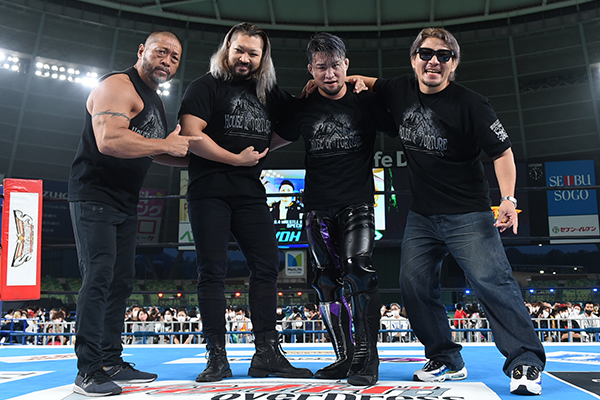