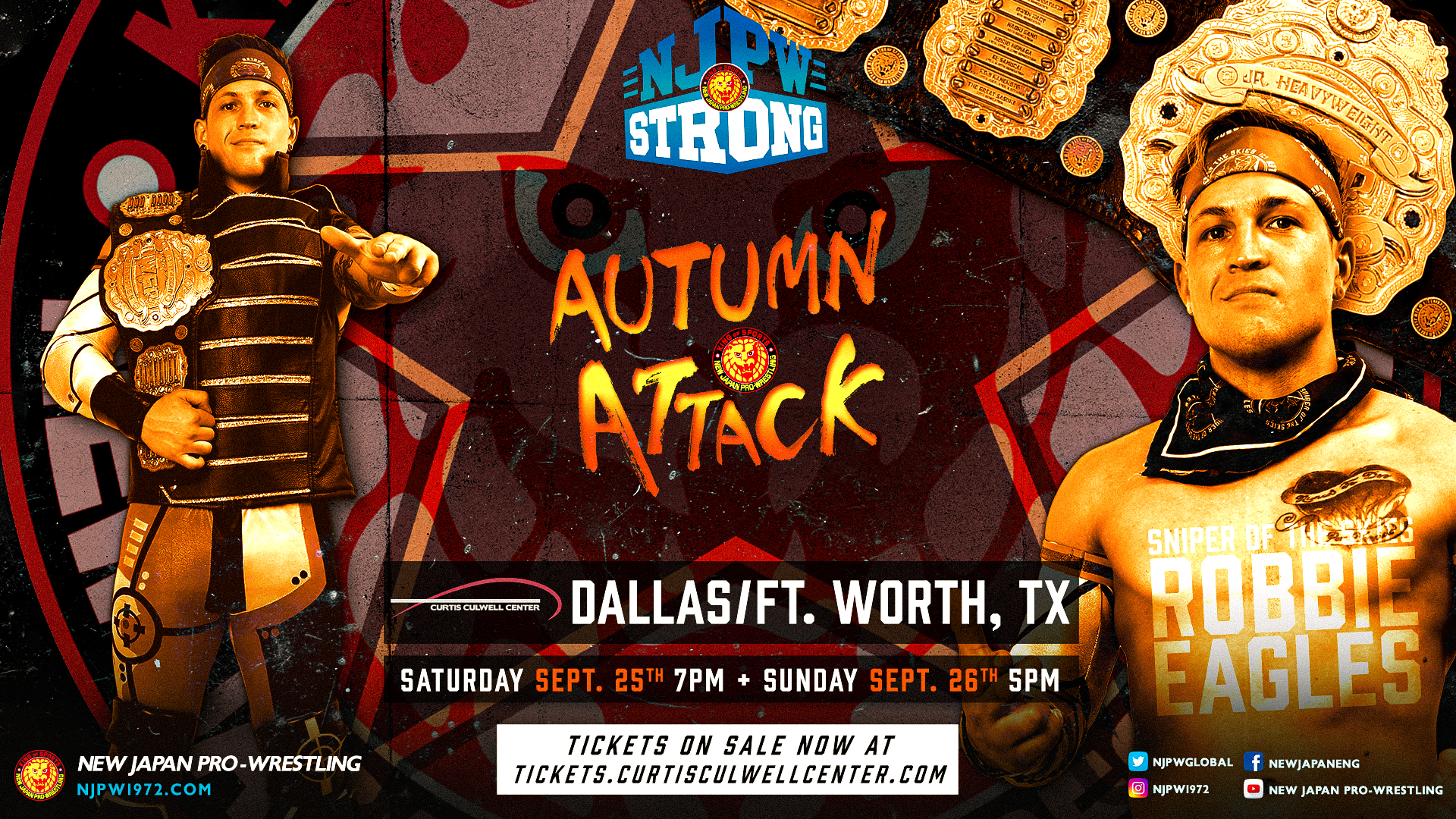 TICKETS ON SALE NOW for Autumn Attack in the Curtis Culwell Center, DFW Texas! Starting at $15!

An already stacked lineup for NJPW STRONG’s first matches at the Curtis Culwell Center in DFW Texas have allowed for dream matches including Lio Rush vs Taiji Ishimori, Suzuki-Gun versus Team Filthy and Jay White vs Daniel Garcia across two cards on September 25 & 26. That lineup is getting even more of a boost though, as fresh off his first defence at the MetLife Dome against Hiromu Takahashi this weekend, IWGP Junior Heavyweight Champion Robbie Eagles is joining the Autumn Attack.

With a wealth of junior heavyweight talent on STRONG and across the US, the Sniper of the Skies heads into Texas with a target of his own on his back. Who will take aim at the champion? Find out in person later this month!