We complete our look at G1 Climax 31’s A Block

With less than one week to go before G1 Climax 31 gets underway, Saturday night sees Osaka the host for the first of 19 major events, all with classic matches against the toughest heavyweight competitors. Take a look at the names involved. 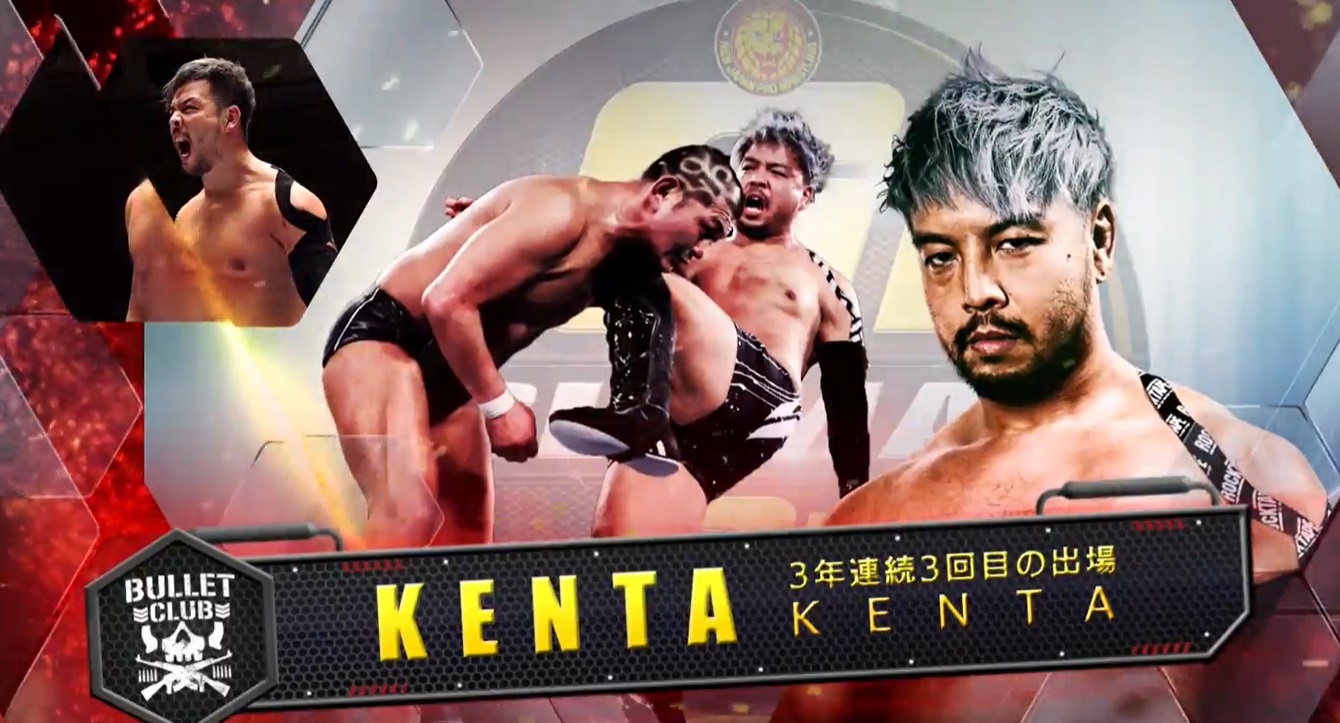 After starting the year with the IWGP United States right to challenge briefcase, KENTA nearly wrested the red and gold from Jon Moxley on NJPW STRONG, nearly won NEVER Openweight 6-Man Tag Team gold, and nearly defeated Hiroshi Tanahashi in Nagoya, a win that arguably would have put him in line for successive main events in the Tokyo Dome, Los Angeles Coliseum and MetLife Dome. If there is a theme to KENTA’s third G1 then, it is to show that his 2021 story is not to end as a nearly man. Be it with a victory over champions in his block, or overall success in the tournament, KENTA wants, and needs to show that he can secure the biggest of wins where it counts the most.

The last match on KENTA’s third G1 campaign is a rematch of the first bout of his first. In Dallas in 2019, KENTA hit the ring aiming to prove that he ‘is f***ing KENTA’ and did so in a hard hitting match that nearly ended Ibushi’s winning tournament before it got started with an ankle injury. Can he repeat the job and ruin Ibushi’s campaign at a critical late stage this year? 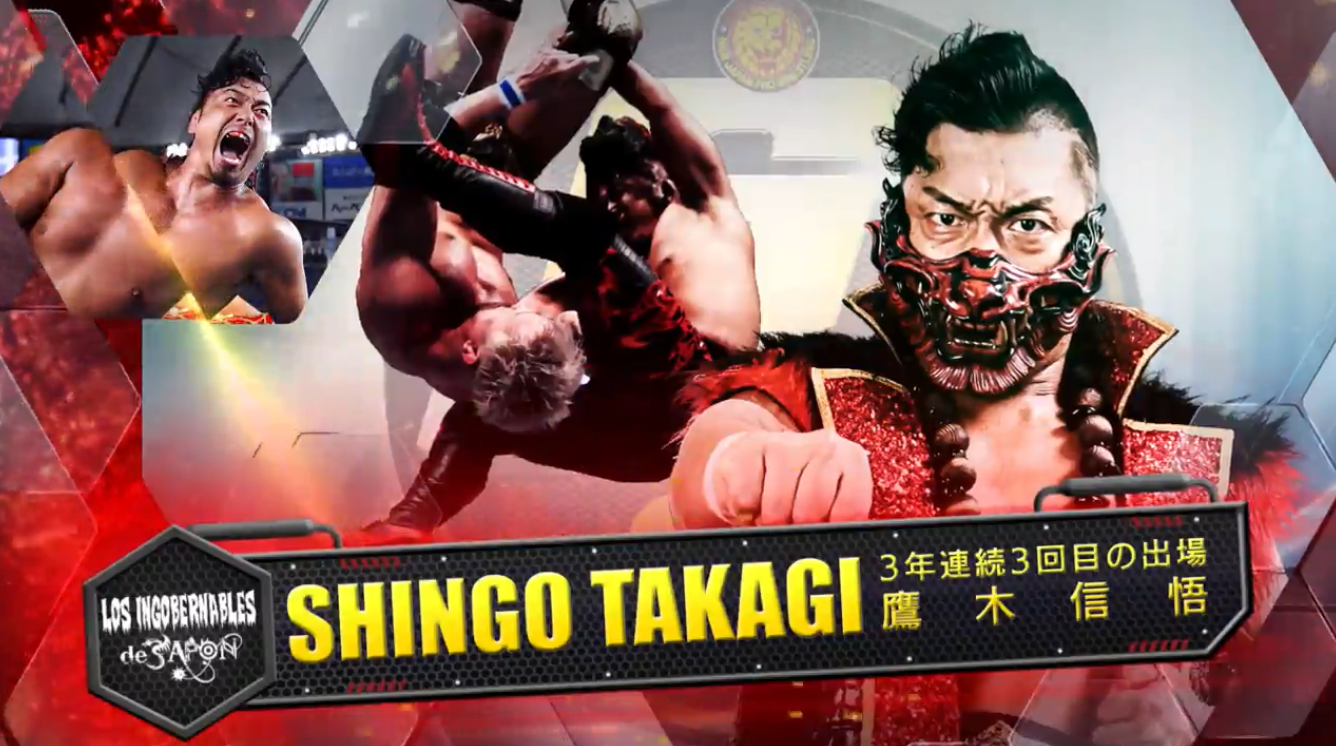 It’s always said that any champion heads into the G1 Climax with a target on their back. For Shingo Takagi it’s his first time heading into the tournament of tournaments with such a target, and it just so happens to be the biggest one possible. While time is short between G1 Climax 31’s conclusion and Wrestle Kingdom 16 across three nights in January, it’s safe to assume anybody who is able to hand the Dragon a defeat over the next month will want to call their shot and challenge for Takagi’s title. Indeed, now with two defences under his belt and growing confidence, Shingo is more than happy to be a fighting champion and accept those challenges, but he’ll be happier shutting out any and all potential challengers en route to the Budokan before they emerge.

Shingo Takagi’s first G1 Climax was highlighted with a thrilling Osaka encounter against his Los Ingobernables De Japon partner, and a man with whom he shares a 15 year history in Tetsuya Naito. Then, it was Naito pulling out a narrow victory, but making it clear that the two would meet again somewhere down the line. That somewhere has turned out to be September 26 2021, a few miles down the road from Osaka in Shingo’s old stomping grounds of Kobe World Hall. Shingo has spoken about feeling a ‘jealousy’ emanating from Naito of late as his IWGP World Heavyweight Championship reign extends, and that jealousy will likely bring out the best of both men in Kobe. 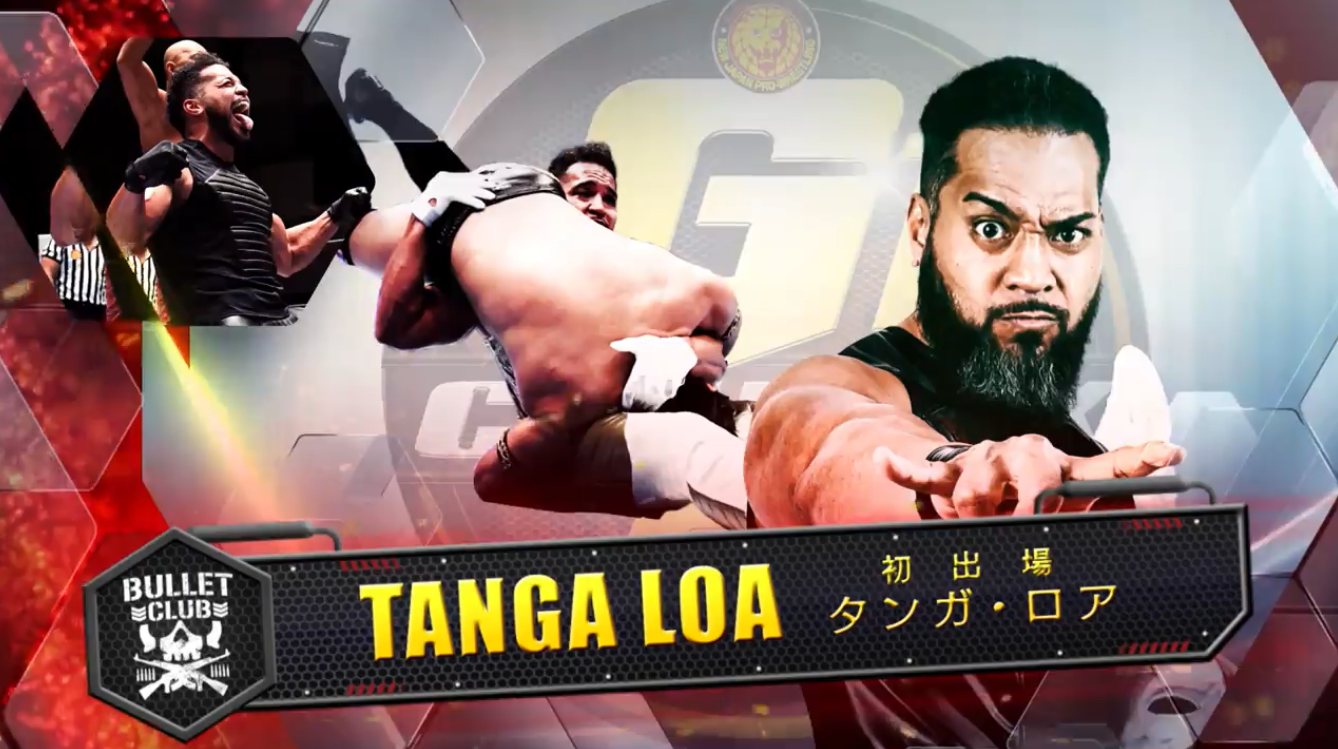 A dedicated tag team wrestler since his 2016 debut in NJPW, Tanga Loa has a definite experience disadvantage when it comes to the high profile singles outings of the G1 Climax. Yet with opponents perhaps unprepared for his combination of size and power, Loa could well stand as dark horse of the tournament. With singles showings against YOSHI-HASHI and Zack Sabre Jr. this year having opened some eyes, Loa will seek to make the world take notice this G1 and show he is more than Tama Tonga’s tag team partner.

When Guerrillas of Destiny and Dangerous Tekkers were embroiled in a lengthy feud over the first half of 2021, Loa’s singles bout with Zack Sabre Jr. on night one of Dontaku on May 3 was a revelation to many about just how well equipped Loa was in a singles situation. Just falling short to ZSJ, Loa’s defeat opened the door to Dangerous Tekkers receiving an IWGP Tag Team Championship bout in Korakuen the next month, a match Sabre and Taichi won. Now, Loa will be seeking revenge, and to take to critical points from Sabre just as both men’s campaigns come to an end. 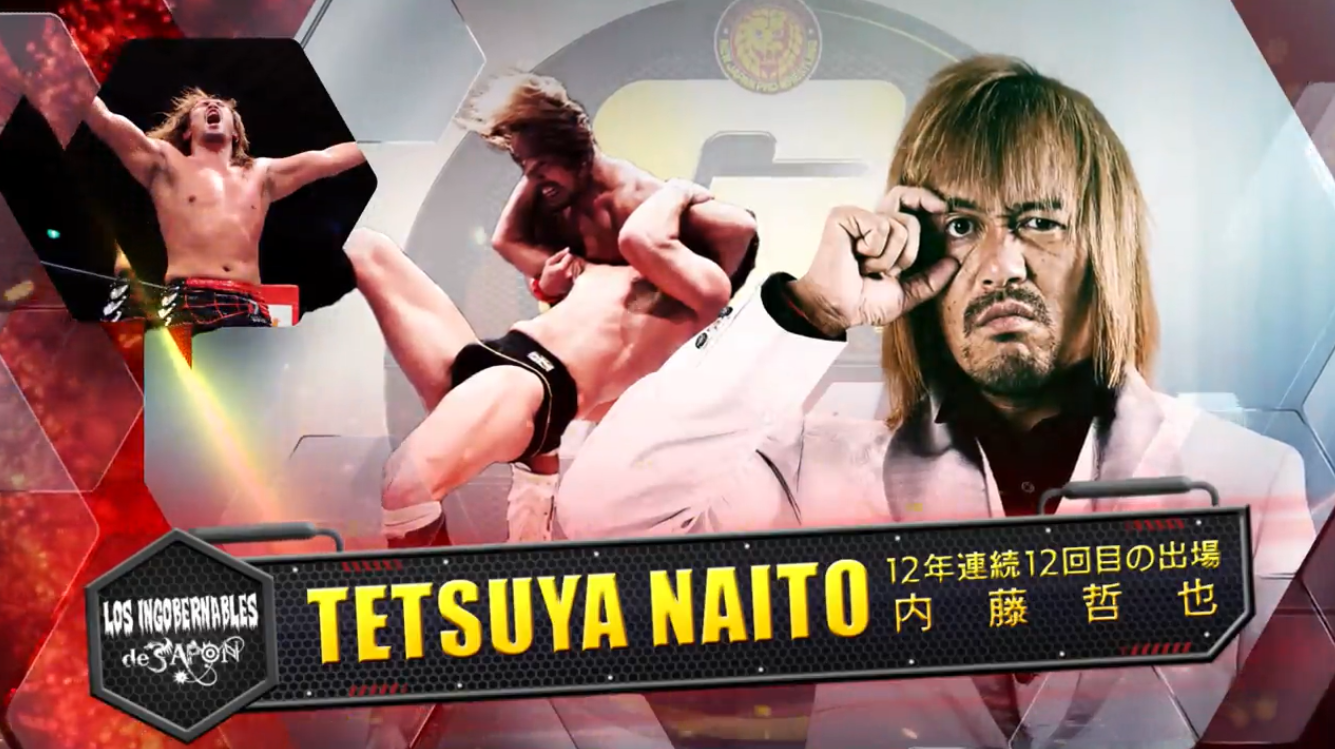 Ever since his loss to Kota Ibushi on January 4 of this year, Tetsuya Naito has consistently vowed to work his way back to the main spot in time for the Tokyo Dome in 2022. When Naito makes a promise, it’s a foolhardy person that ignores him, and Naito knows full well that his best chance of being where he wants to be at Wrestle Kingdom 16 is in this year’s G1 Climax. Indeed, the numbers could well align for him; having won the G1 on his fourth and eighth entry, a win on his 12th would certainly present a pleasing symmetry, but all discussions of fate and statistical symmetry go out of the window when the bell rings.

While Tetsuya Naito has had his ups and downs thus far in 2021, a main event at Wrestle Kingdom 16 will certainly vanquish any memories of painful defeats. The most painful of Naito’s losses in 2021 have been a pair of defeats to Kota Ibushi in championship matches at the Tokyo Dome and Osaka Jo Hall. With a win in Miyagi, demons would be exorcized, and Naito will take a significant step closer to his third G1 trophy. 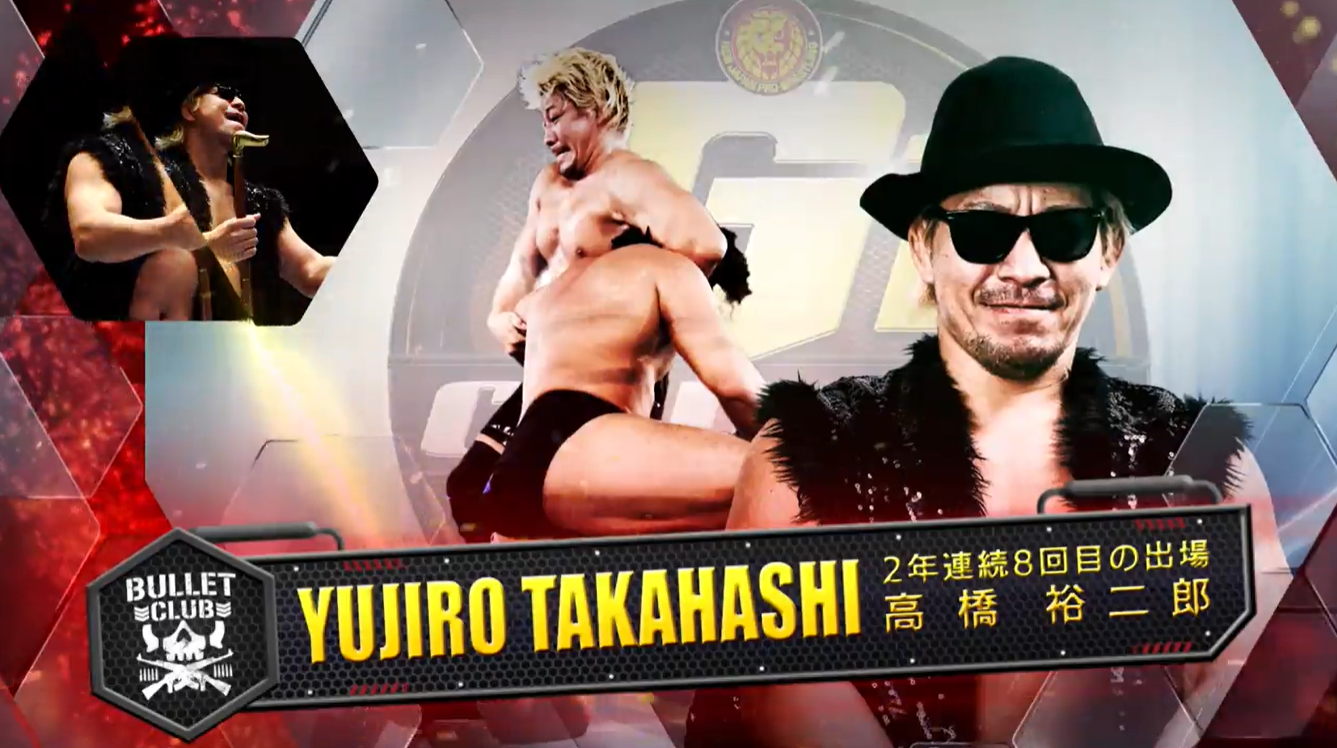 After a near shutout in 2020, it’s safe to say that Yujiro Takahashi owes his spot in this year’s tournament to one Jeff Cobb. His closing win over the Imperial Unit in last year’s G1 ensured that the Tokyo Pimp didn’t end his 2020 having laid an egg. Yet moreover, the quality of that win would be proven in the ensuing months, as Cobb strung together incredible victories, and a reign of dominance in the United Empire, culminating most recently with a victory against Kazuchika Okada in the MetLife Dome.

As stock rose for Cobb, stock for the man who beat Cobb in the G1 rose to suit, and despite a poor track record in 2021, Yujiro is in A Block. Yet that is not to say Takahashi is one to ignore. As evidenced in last year’s tournament, Yujiro can make the very best sweat, and after all, pinning Jeff Cobb is no easy task. Add in the fact that there may be HOUSE OF TORTURE backup, or at the very least liberal rule bending in the works, and Takahashi is a dangerous man to look past.

Yujiro’s last G1 match sees him go head to head with Shingo Takagi, in a potential position to ruin the IWGP World Heavyweight Champion’s G1. It was in the very same venue of the Yokohama Budokan back in August that Shingo was within a three count of putting Takahashi away when EVIL and Dick Togo intervened. Now the Dragon will be hungry for Yujiro’s blood. This match might not just be a crucial turning point as it relates to the G1 final, but to Yujiro’s future career and ability to eat without the assistance of a straw.