San Jose Civic to get a new start time November 13 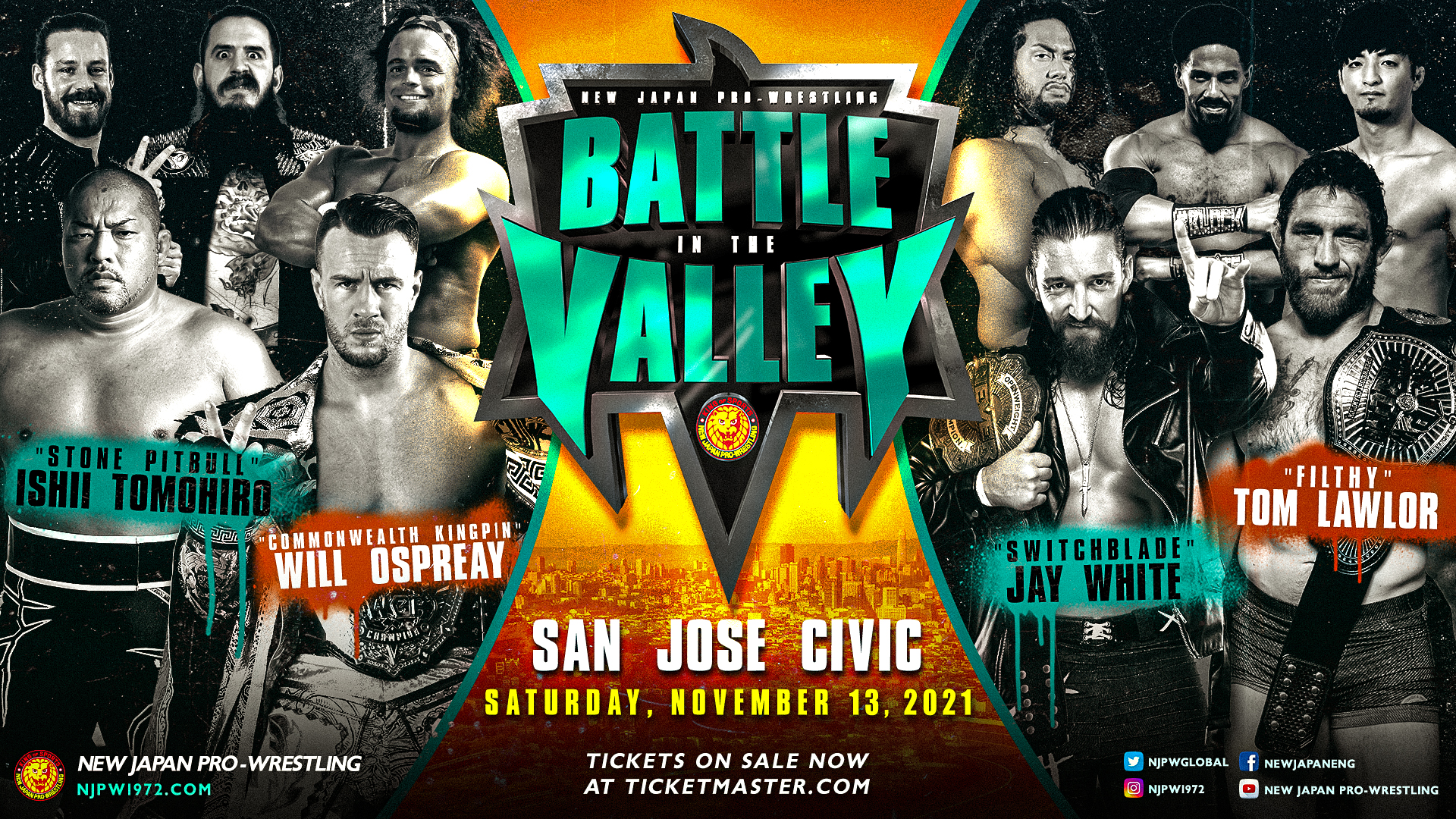 On Saturday November 13, Battle in the Valley will see NJPW return to the San Jose Civic for the first time in over two years for the major event known as Battle in the Valley. Tickets are already selling fast for the event, which will be broadcast on NJPW World and FITE, and after competing in Texas and Philadelphia this autumn, Will Ospreay has added his name to the mix!

*A change to the start time for Battle in the Valley has been made, with the details as follows:

We apologise for any inconvenience caused and appreciate your understanding.

Due to scheduling conflicts, Jon Moxley, who was previously announced for Battle in the Valley will not be participating. We apologise to fans looking forward to seeing Moxley wrestle, and appreciate your understanding.