The G1 Climax is finally almost here, as 20 of the best will compete over the next month. B Block will get underway on September 19 in Osaka, with some incredible competitors in incredible matches. 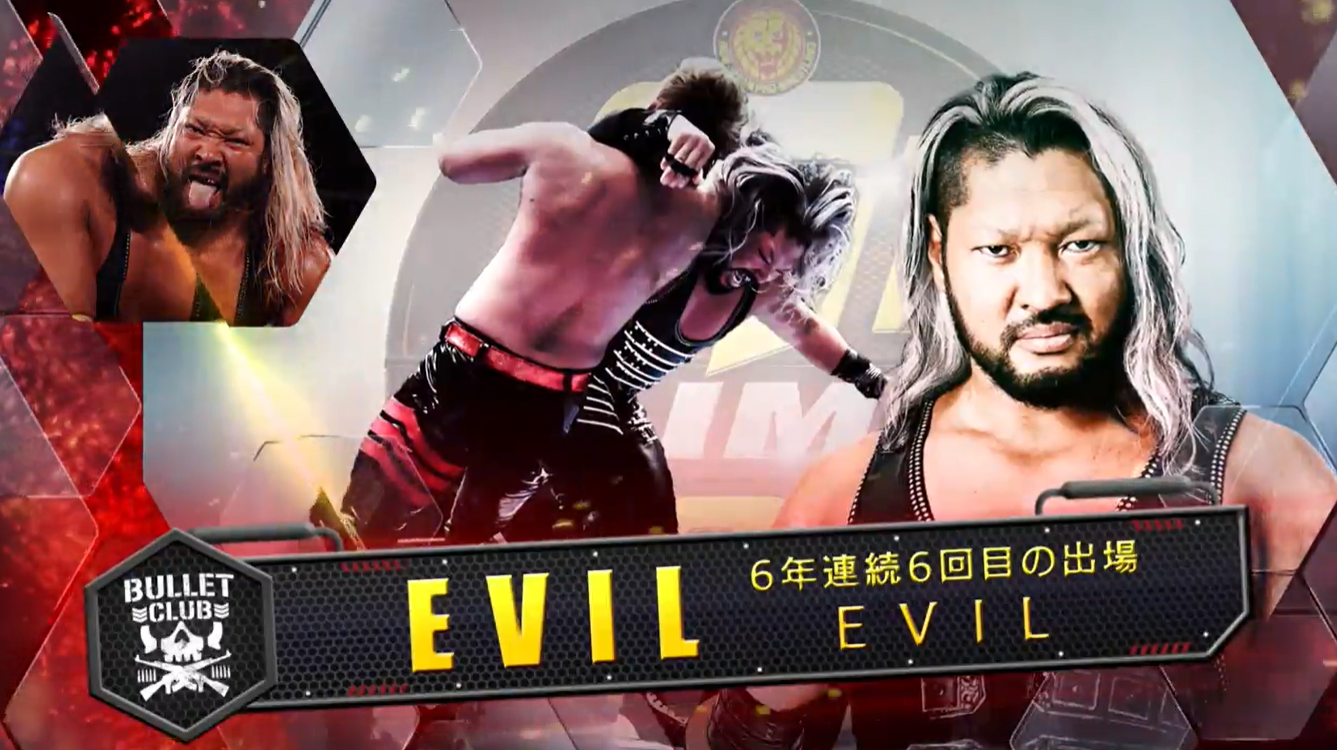 For all the best efforts of both the King of Darkness and his HOUSE OF TORTURE cohorts, EVIL’s track record since being almost in the final equation in G1 Climax 30 has been spotty at best. In the intervening year, he has been beaten by every one of his former Los Ingobernables De Japon teammates, and in Shingo Takagi and SANADA’s case, beaten twice. Yet EVIL is still a dangerous competitor, even without the constant nagging presence of Dick Togo, Yujiro Takahashi, or now SHO. With flashes of the hard hitting and straightforward fighting EVIL shining through on occasion, EVIL has shown that he does still possess the burning fighting spirit needed for success, and with his cornermen involved, EVIL has the potential to beat any and every one in his block.

For the second year in a row, EVIL will end his league campaign against former partner SANADA. Last year, the presence of Hiromu Takahashi at ringside was enough to neutralize Dick Togo interference and score a SANADA win with an O’Connor Roll, while despite EVIL’s best efforts to bring out the darkness within the LIJ member, SANADA stayed true to his classical wrestling roots to fend off Togo and beat EVIL by himself this year at Wrestle Kingdom. A third straight singles win for SANADA over EVIL will send a loud and clear message about just who the superior wrestler is, and that’s a message EVIL will stop at nothing to prevent the world from seeing. 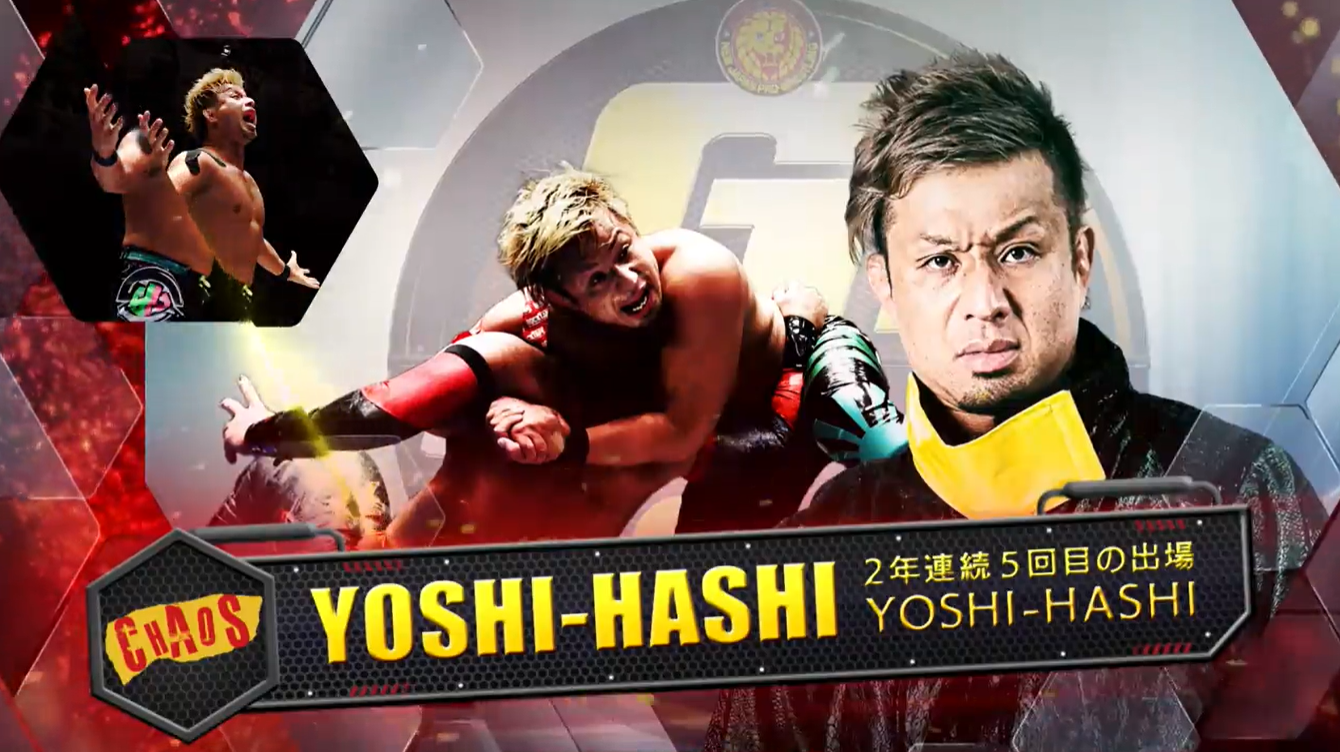 The Headhunter enters his second straight G1 Climax with the same drive, ambition and NEVER 6-Man Championship belt that buoyed him through G1 Climax 30. Though last year’s tournament didn’t finish with the best win:loss record for the Headhunter, the quality of his performances were never in doubt. Indeed, the last twelve months have seen him stand proud as the anchor of the record breaking CHAOS 6-man championship team, and YOSHI-HASHI’s heart and personal pride alone will make him a hard man to ignore in this G1. Yet this is a very different environment to the team situations he is so effective in; can the Headhunter adapt to find success in a difficult B Block?

Both of YOSHI-HASHI’s CHAOS derbies will be important matchups for him, but the October 4 collision with fellow NEVER 6-man champion Goto will be especially so. While YOSHI-HASHI has gained immense respect for being the lynchpin of his team, the Headhunter and Goto will both want to prove that they are the strongest member of the trio, and get an important two points in the process. 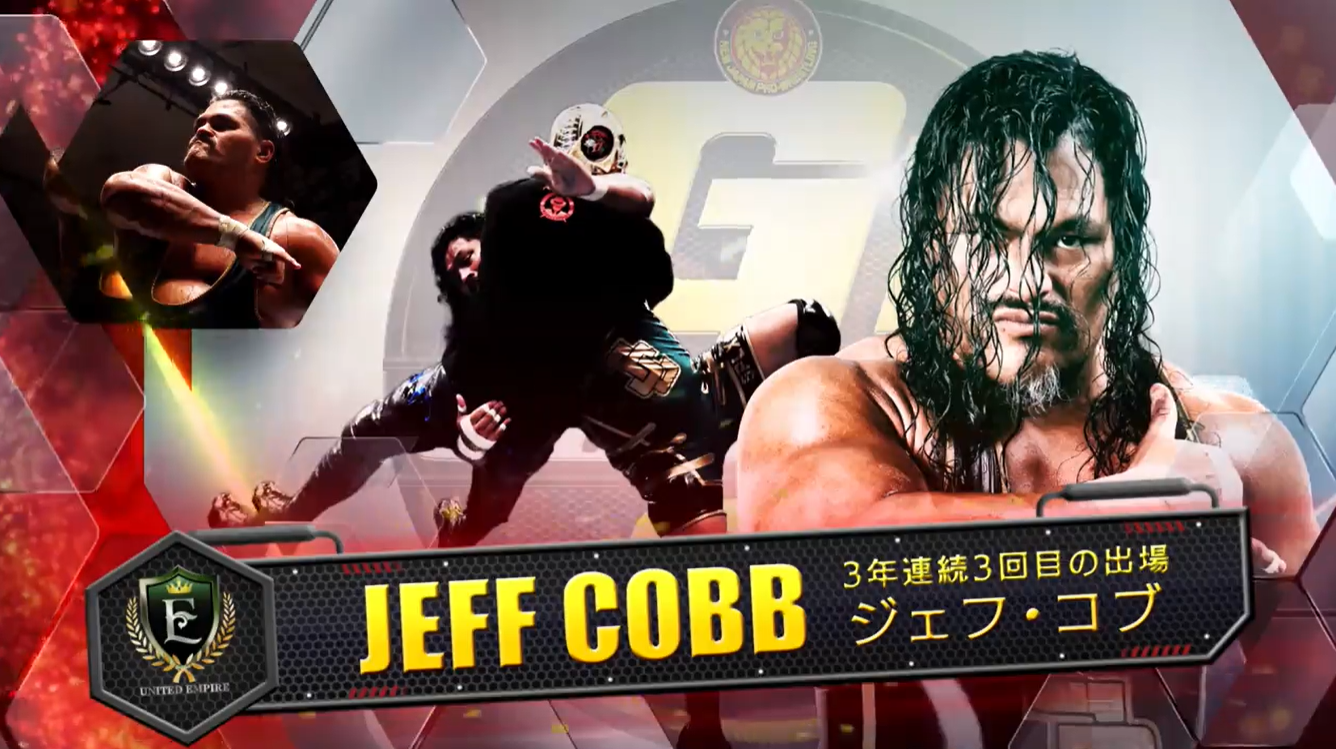 Jeff Cobb heads into his third G1 in his strongest shape yet. His September 4 MetLife Dome victory over Kazuchika Okada has added a lot of momentum to the imperial Unit’s surge into this year’s tournament, and with an overall win:loss record this year the envy of anyone on the entire roster, Cobb looks to be near indestructible in this tournament. His size, strength and agility now being partnered with a trademark high stakes victory, Cobb has to be one of the favourites for B Block, if not the tournament overall.

Cobb’s ascent in 2021 was just starting back in the spring when his New Japan Cup ended at the hands of EVIL… or to be more accurate, EVIL, Dick Togo and Yujiro Takahashi. In Yamagata, the handicap match proposition that EVIL presents as an opponent is the most dangerous to his G1 campaign; if he can defuse any interference, the Imperial Unit will be in near untouchable shape on the way to Nippon Budokan. 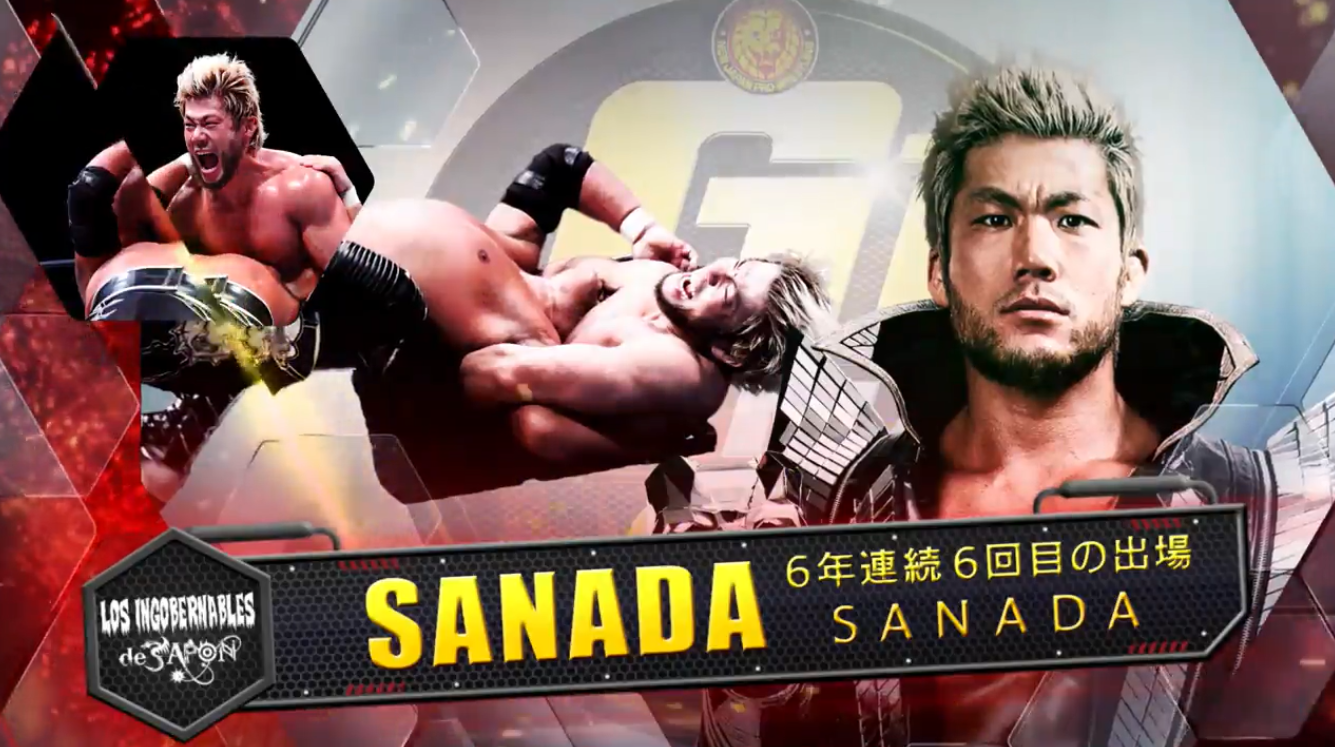 After a summer spent teaching Tetsuya Naito the joys of tag team wrestling, a process that saw the two to the IWGP Tag Team Championships for a brief spell, SANADA returns to singles competition for the G1 Climax. After reaching the finals last year, and battling Kota Ibushi to the longest match in tournament history, SANADA now seeks to go one better than last year and finally scoop his first tournament win.

The G1 Climax has been a contact point between Tanahashi and SANADA since Cold Skull got his first tournament match victory against the Ace in his debut year in 2016. With both athletes the definition of classical competitors, and with heavy influence from Keiji Muto at early stages in their respective careers, this is always a match to look out for, and could create an IWGP US title contender in SANADA. 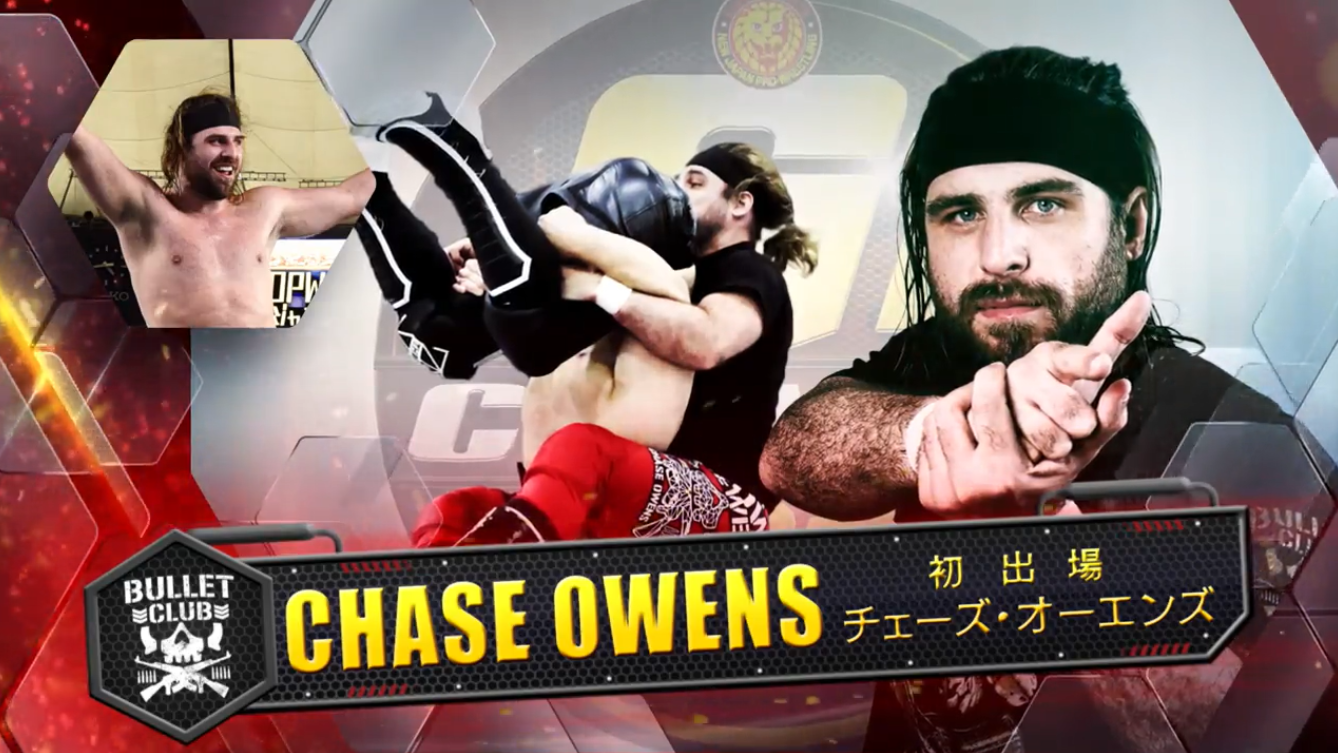 A significant X factor in this tournament, Chase Owens joins the G1 lineup for the first time this year. Owens has been a consistent force during the G1 Climax in prior years, often racking up wins in undercard tag team spots, and now finally gets the chance to show what he’s capable of in the tournament proper. While his KOPW 2021 I Quit battle with Toru Yano at MetLife Dome ended in defeat, Owens nonetheless brought a rare level of fire and violence from Toru Yano, and will no doubt be fighting hard throughout the tournament. Yet with over five years having passed since he was last in a long form league in the 2016 Best of the Super Juniors, will Owens be able to fight through the marathon that is the G1 Climax?

Both the debuting Owens and the returning Tonga have much to prove in this year’s G1. The very nature of their entry will make this the most intriguing of the BULLET CLUB derbies on deck during this year’s tournament, as both men fight to prove they belong not just in this year’s lineup, but in G1 Climaxes to come.