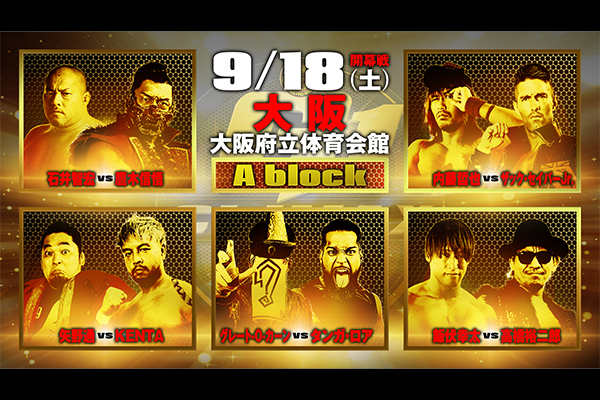 After months of anticipation, the tournament of tournaments, G1 Climax 31 finally gets underway this Saturday, September 18. A stacked lineup gets the tournament started, while a Young Lion gets a huge test.

EVERY G1 Climax 31 event LIVE, in English, in person on NJPW World! 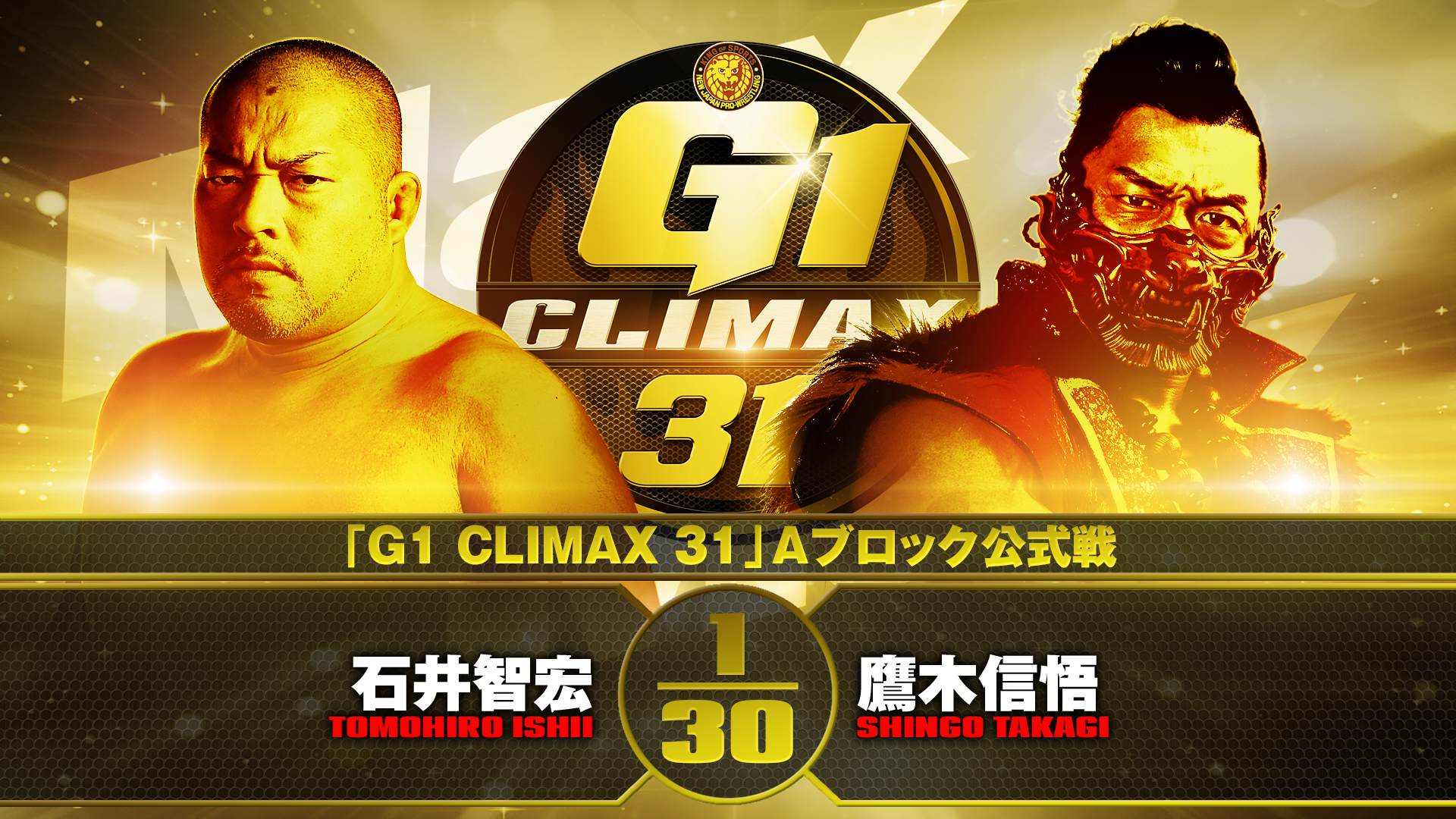 The first main event of the tournament will set a thunderous pace as Shingo Takagi goes up against Tomohiro Ishii. Both men influenced by their training under Genichiro tenryu, and both men with an all out, never surrender attitude, all three of their prior singles encounters have been hard hitting, high paced, enthralling roller coasters. This presents a rubber match of sorts with both having scored a victory over the other in G1 competition, albeit Shingo with the one win edge when he defended NEVER gold against Ishii in February 2020. Indeed, Takagi has talked about how being a champion is an advantage to him in terms of momentum and confidence; yet being champion also means a target is on the Dragon’s back. Could Ishii take aim and score? And with the majority of tournament winners having won their opening match in years past, could this bout shape the whole tournament for either man? 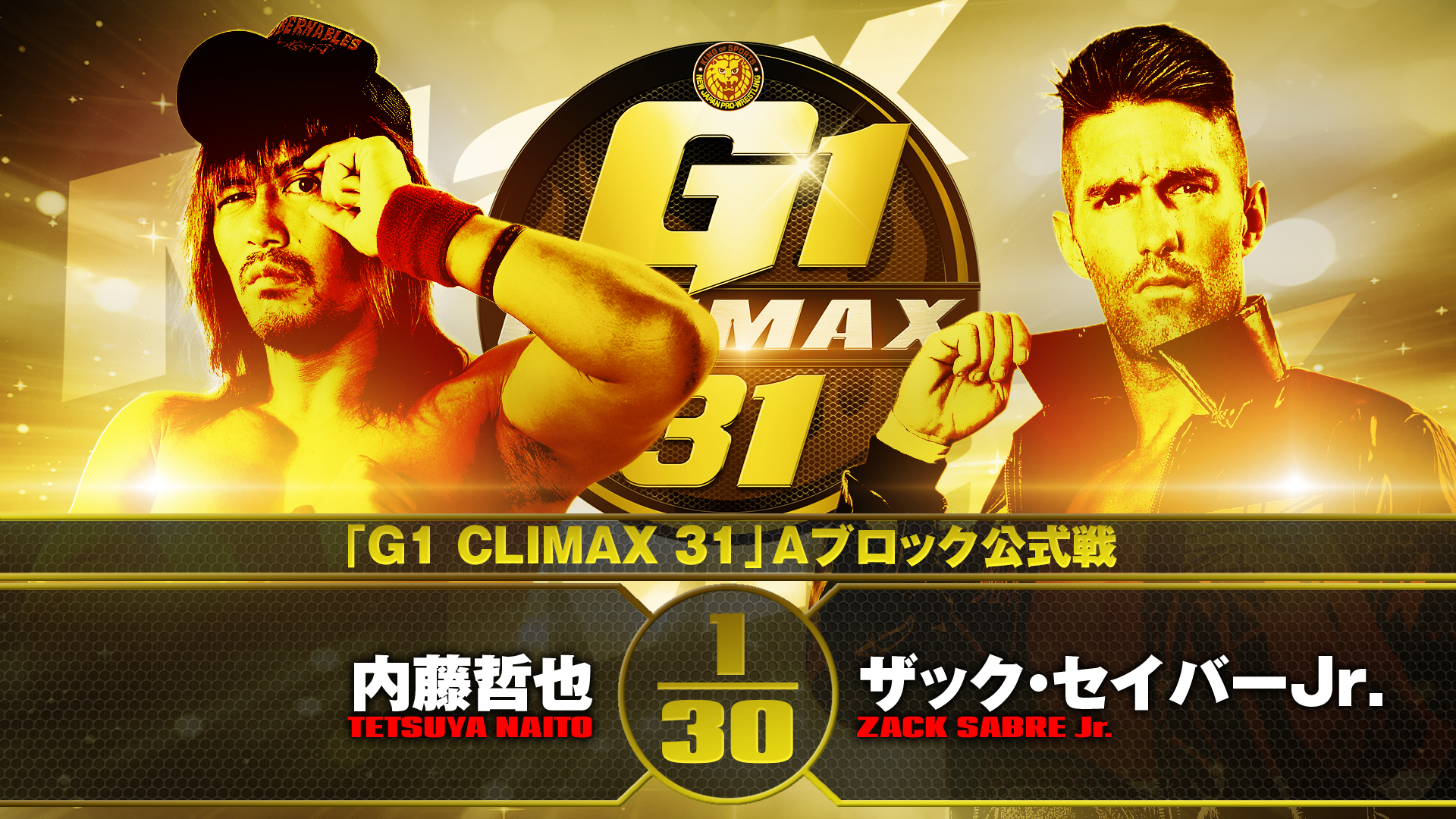 Tetsuya Naito and Zack Sabre Jr. will both admit that they have a complicated relationship with one another. A mix of mutual hatred and grudging respect has driven their matches through the years; Naito would admit from their first encounter in 2017 that saw him eke a narrow win that ZSJ represented one of the toughest challenges for him on the roster. Indeed, 2018 would see Naito crash out of both the New Japan Cup and the G1 at the hands of the Briton, but ever since, Naito has had the upper hand. The last three singles encounters, including in EDION Arena Osaka earlier this July, have seen El Ingobernable take the victory. Will Naito keep riding that hot hand to start his campaign this weekend, or will it be Sabre with the Tekkers to emphatically submit the LIJ member? 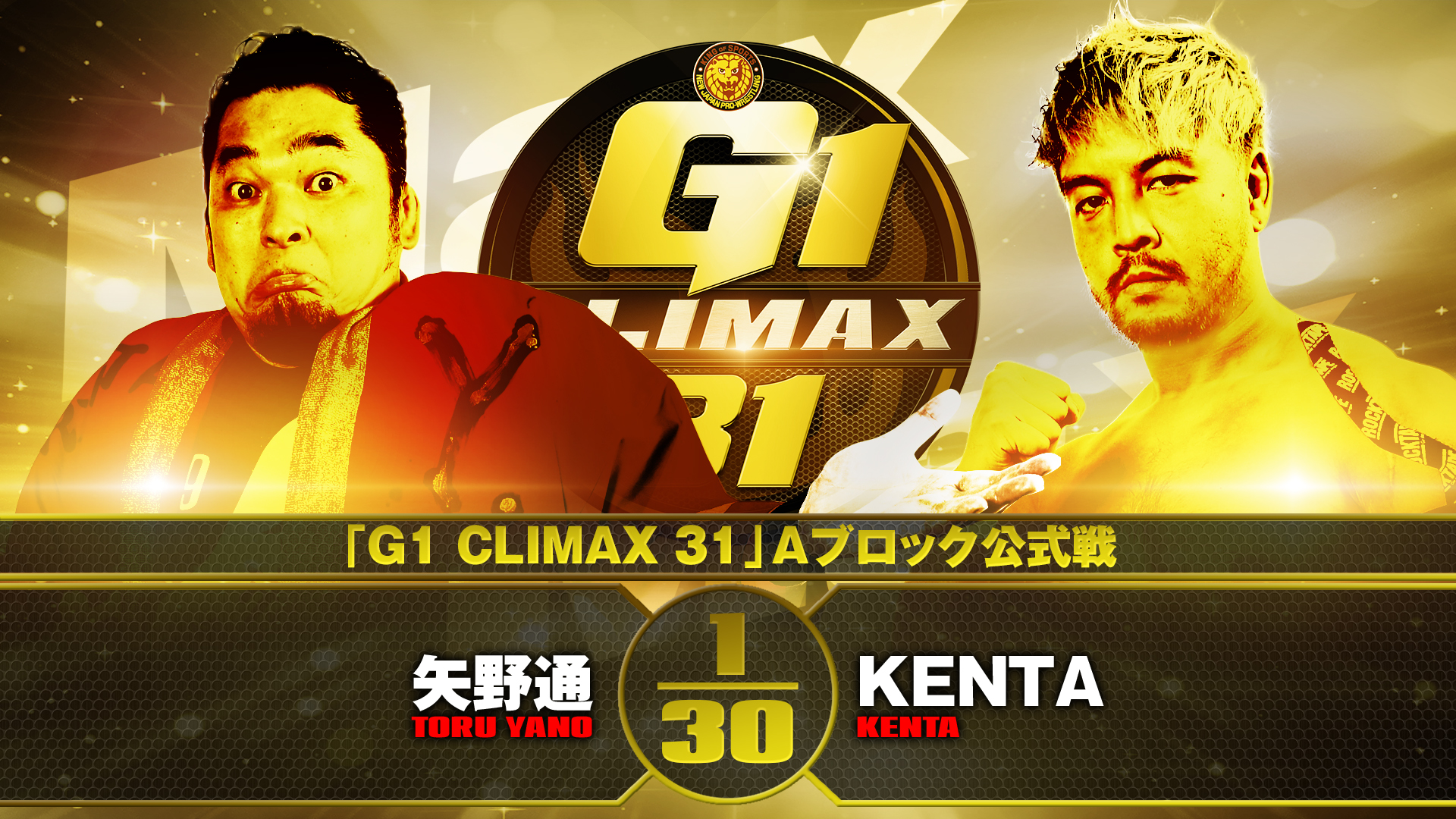 Toru Yano and KENTA battle in the fourth match of the night, in a bout where the statistics significantly favour the BULLET CLUB member. With a GHC Heavyweight Championship defence in 2013, and last year’s G1 tournament victory, KENTA is 2-0 against Yano, while his two prior G1 campaigns have both started with wins against Kota Ibushi and Hirooki Goto. Against a KOPW 2021 trophy holder who is 3-11-1 in his opening G1 outs, KENTA would have to be the favourite in this clash, but one can never discount the master producer. After surprising the world with a throwback hardcore edge at MetLife Dome against Chase Owens, what side of Yano will come out Saturday in Osaka, and could that play a role in who gets their first two points of the tournament? 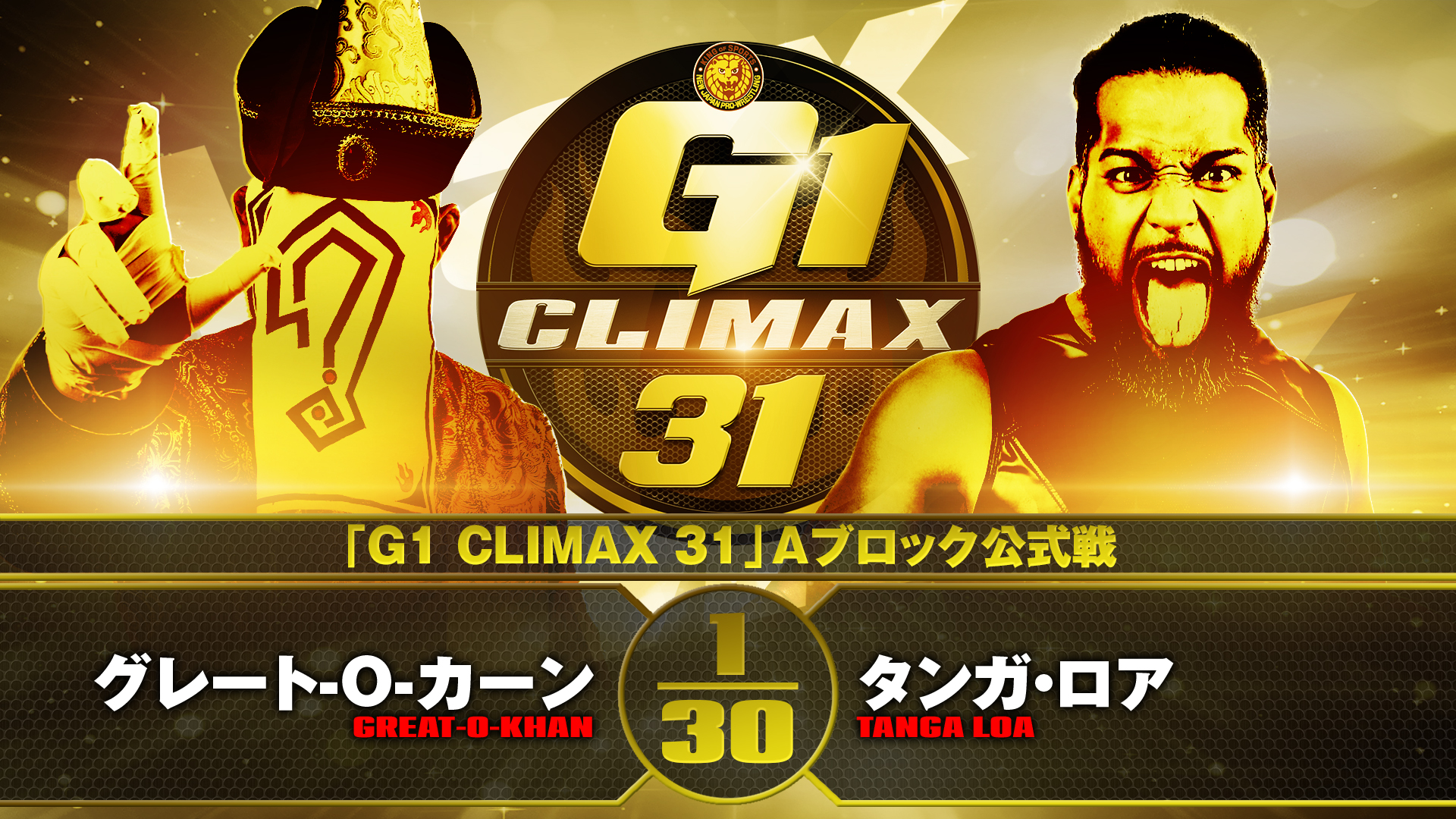 For the first time in two years, a match between two G1 debutants takes its place on the opening night card as Great-O-Khan battles Tanga Loa. With a lack of a singles track record in his five year NJPW career, Loa is an underdog prospect despite his power and ability in this tournament. Yet he presents an intriguing skillset and a potential danger to any of the other competitors in his block. Could the first G1 points in his career come at the expense of O-Khan? Or will the Dominator make good on his claims to make the final on his first try? 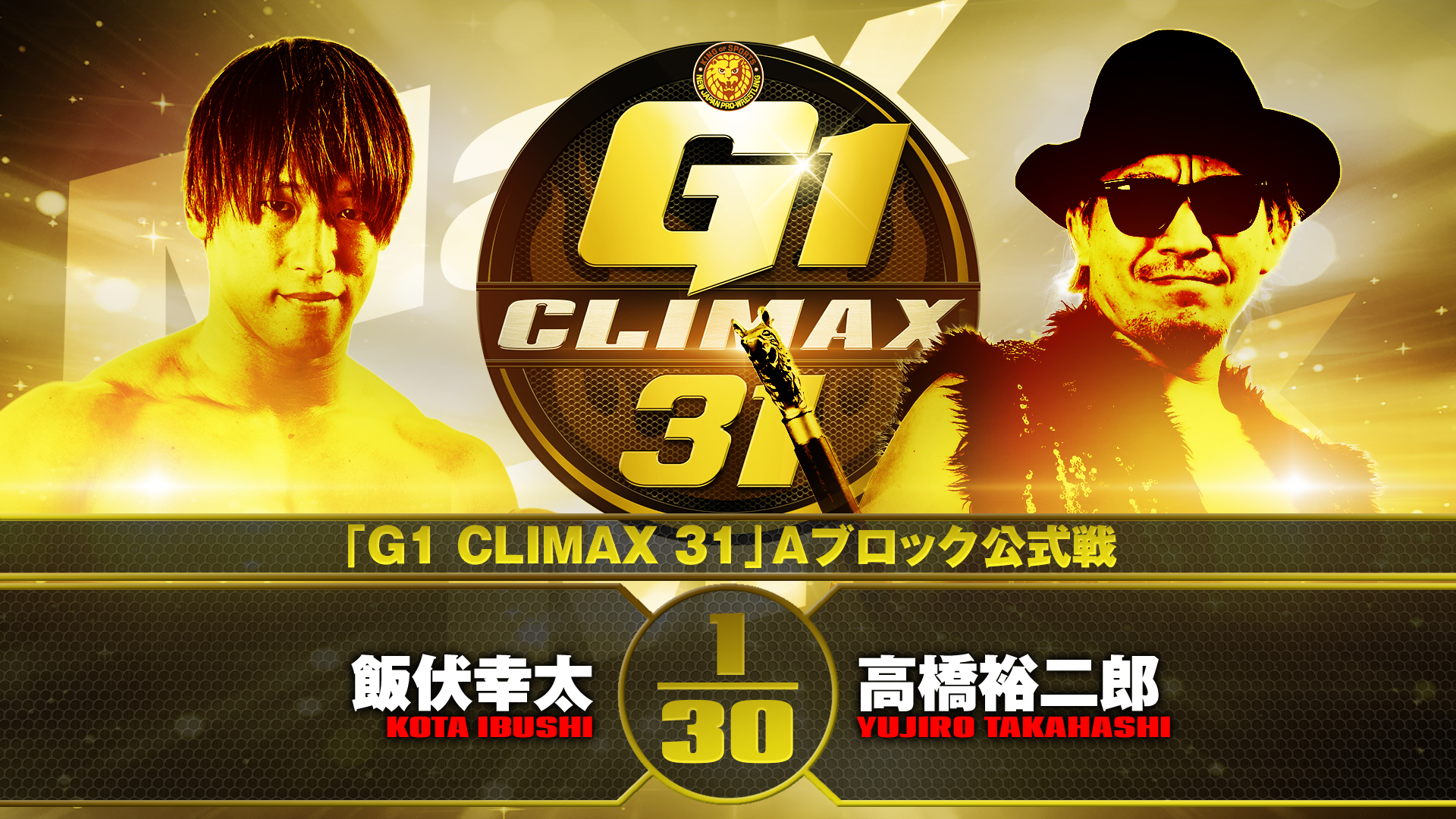 Scheduled match 1552 in G1 Climax history will see Kota Ibushi begin what he hopes will be a record setting third consecutive successful G1 campaign  opposite a man with much to prove in Yujiro Takahashi. After narrowly getting through G1 Climax 30 with two points, Takahashi is likely to use all means at his disposal to start this year’s campaign with a win; and with that disposal potentially including whatever means HOUSE OF TORTURE have to offer, Ibushi will likely need eyes in the back of his head. 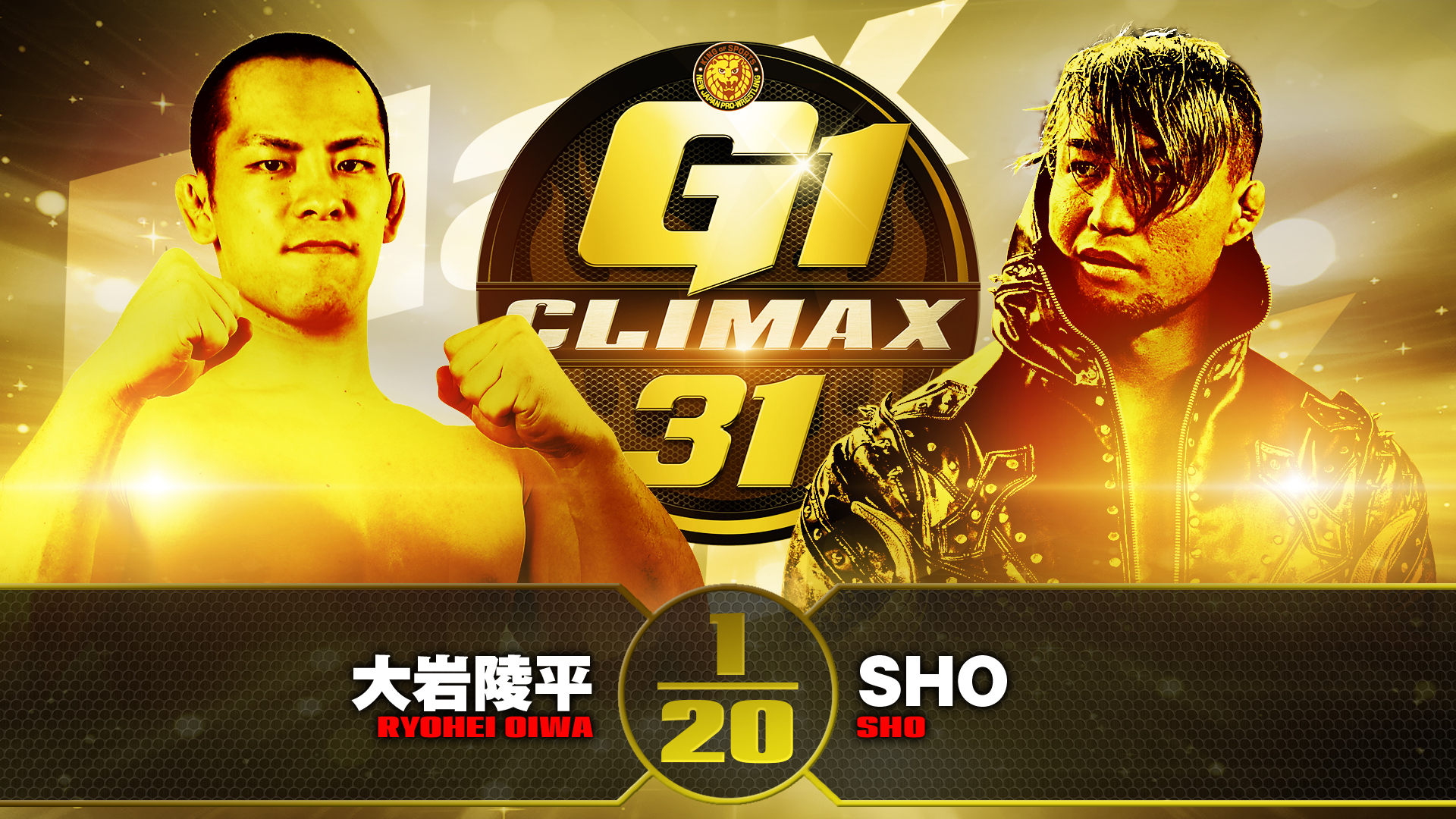 Starting off proceedings in Osaka, new Young Lion Ryohei Oiwa will take on SHO. After four draws with contemporary Kosei Fujita, Oiwa now gets a huge test against BULLET CLUB’s newest member SHO. How long will the new prospect survive against the ruthless addition to EVIL’s HOUSE OF TORTURE?