B Block gets underway in Osaka

The second night of G1 Climax 31 action in Osaka sees a classic rivalry renewed in the main event, as B Block gets underway.

Watch EVERY G1 Climax 31 card LIVE and in English on NJPW World! 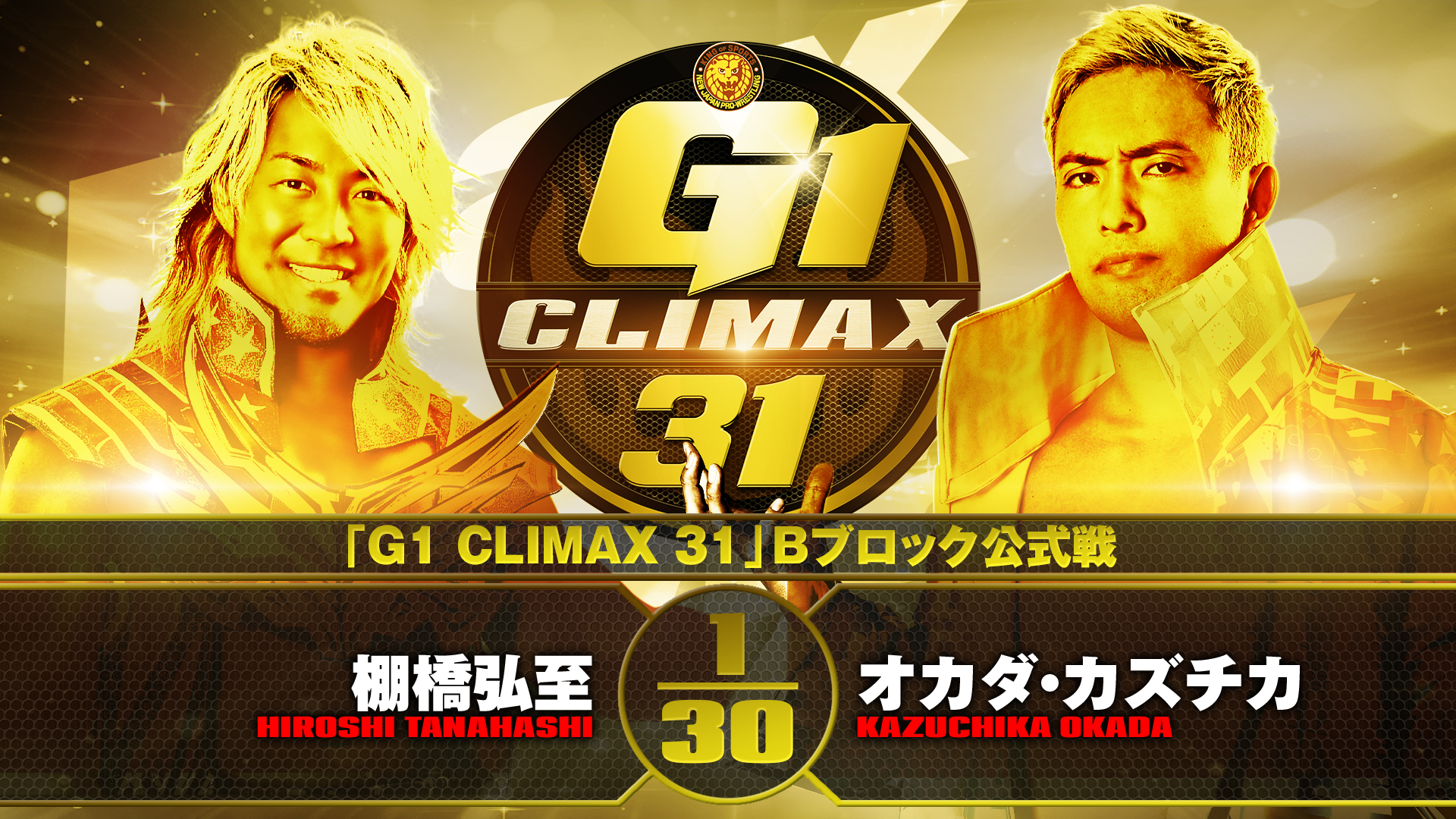 Almost three years to the day since their last meeting in Japan at Destruction 2018, and over two years since they did battle in G1 Climax 29 in Dallas Texas, Kazuchika Okada and Hiroshi Tanahashi’s legendary rivalry sees a new chapter etched in Osaka. 14 matches over the past decade have seen Ace and Rainmaker evenly matched, especially in the G1, where Dallas saw Okada finally defeat Tanahashi within the 30 minute limit of the tournament for the very first time.

Can he do the same to kick off his 2021 campaign? Certainly Okada has the drive to do so, and seven years removed from his last G1 Climax victory, wants to get his tenth tournament campaign off to the hottest start possible. Yet the Ace is riding the biggest wave of momentum he’s experienced for years. In fine physical form, and with a momentum and morale boosting string of main event performances over the summer under his belt, Tanahashi is a tough prospect to beat, and his record 150th G1 tournament match could well convert to his 87th victory. 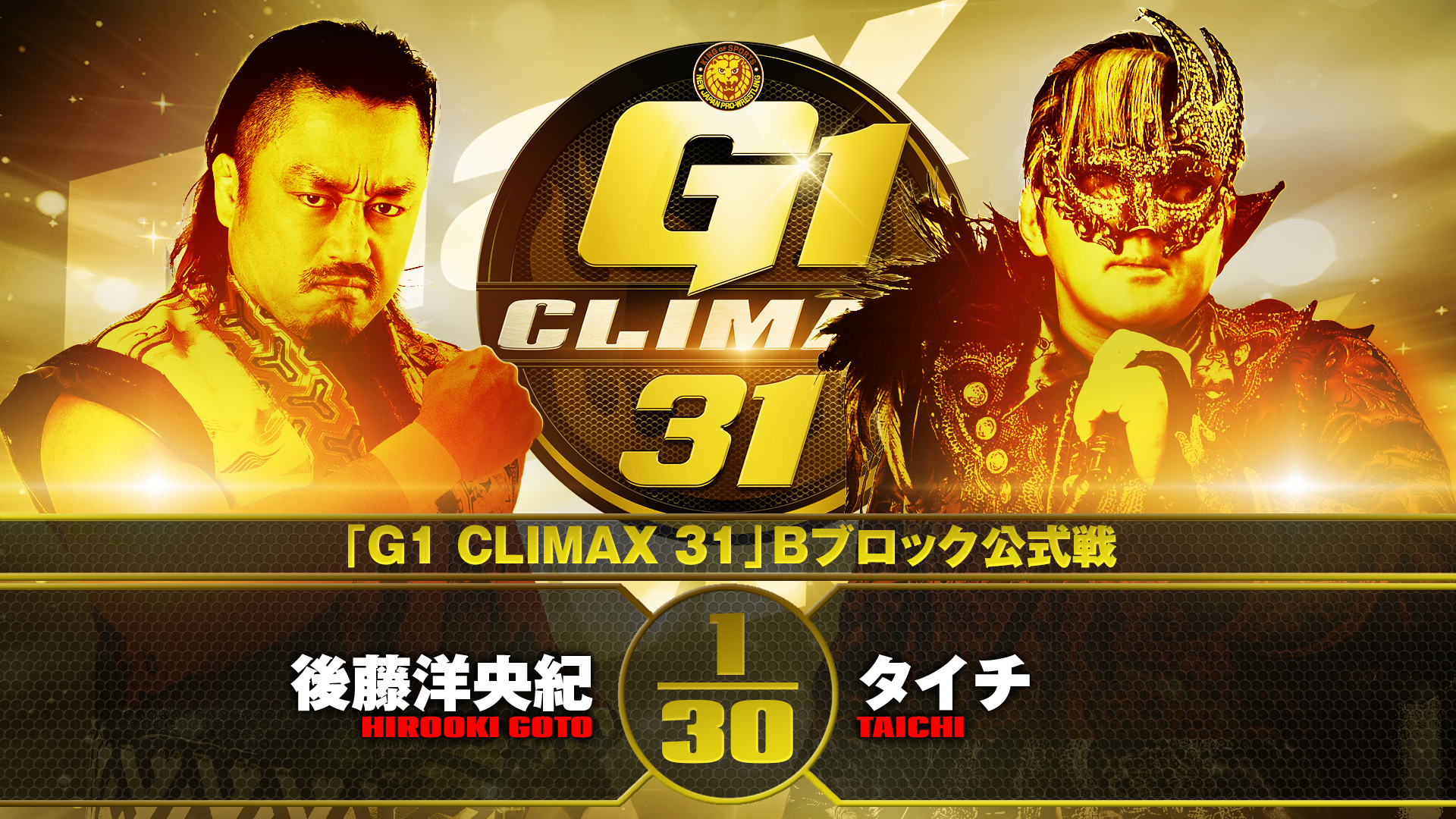 Taichi starts his 2021 G1 campaign with a desire to follow up on his 2019 victory over Hirooki Goto, and in so doing erase painful memories of his New Japan Cup loss earlier this year. Goto and Taichi will both be using the tournament as a means to remind the world of how dangerous they are as singles competitors after having their hands full in tag and 6 man staes, with their paths crossing in exactly those environments in recent months.

Indeed it was Goto’s partner YOSHI-HASHI who Taichi pinned at MetLife Dome on September 5 to retain the IWGP Tag Team Championships, sneaking a victory in the three way rules just weeks after Goto promised to ‘shut the lights off’ on Dangerous Tekkers. It’s safe to say that Goto will carry some ill will toward Taichi in this bout, and having won the opening bout in five of his last six G1 entries, will have be taking this bout with the Holy Emperor extremely seriously as a key part of returning to the successes of his 2008 debut year. Will the G in G1 stand for ‘Goto’, or will a Dangerous Defeat await? 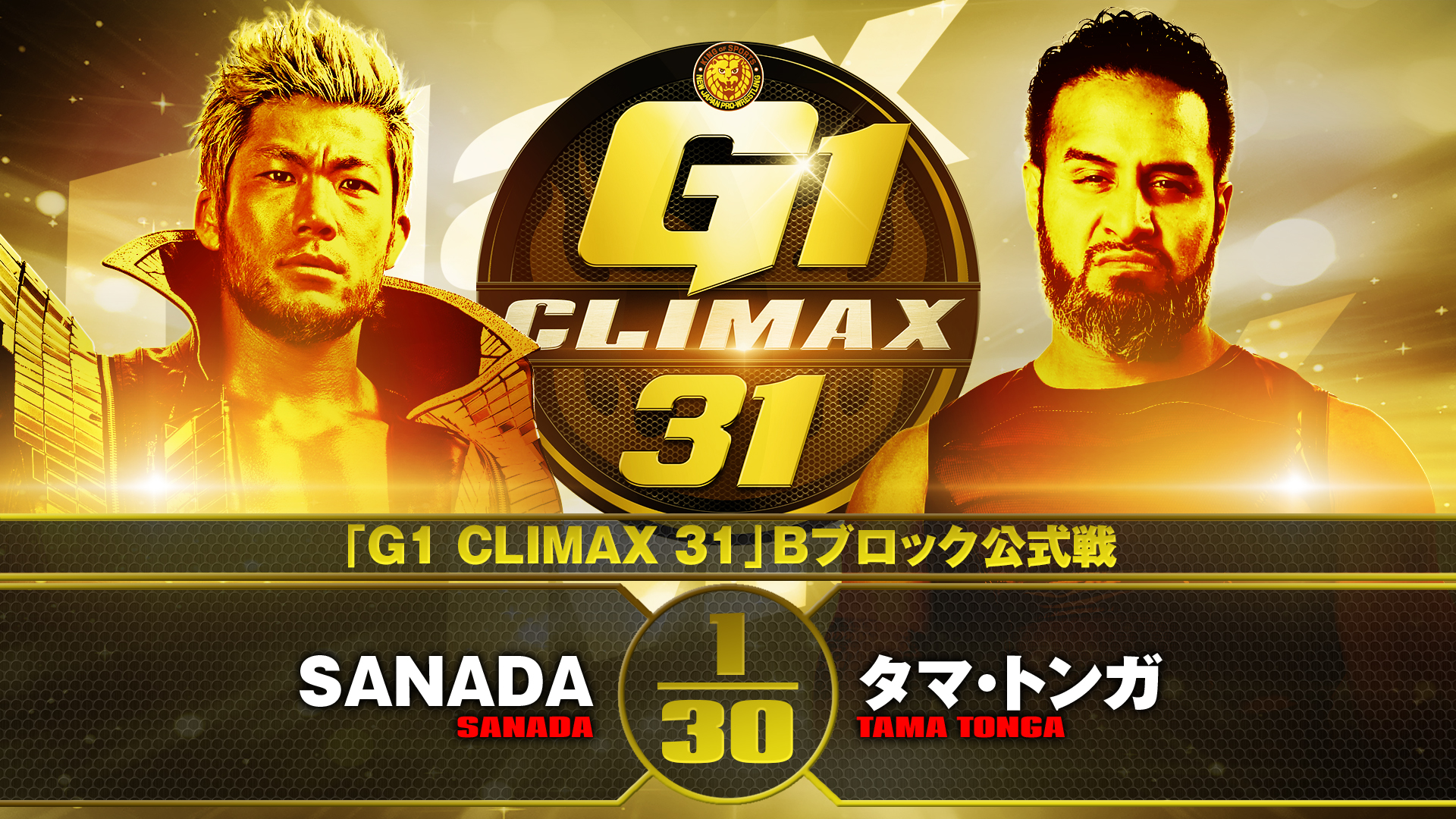 Tama Tonga returns to G1 competition for the first time in three years, and does so against a familiar opponent in SANADA. In every G1 both men have participated in, they’ve been in the same block, and with a 2-1 record in Tonga’s favour with wins in 2016 and 2017. Indeed, with SANADA being a multiple time IWGP Tag Team Champion to boot, he’s one of the competitors with whom Tama is most familiar, but after a significant period away from singles competition, will he be able to rejoin the tournament of tournaments with a win? 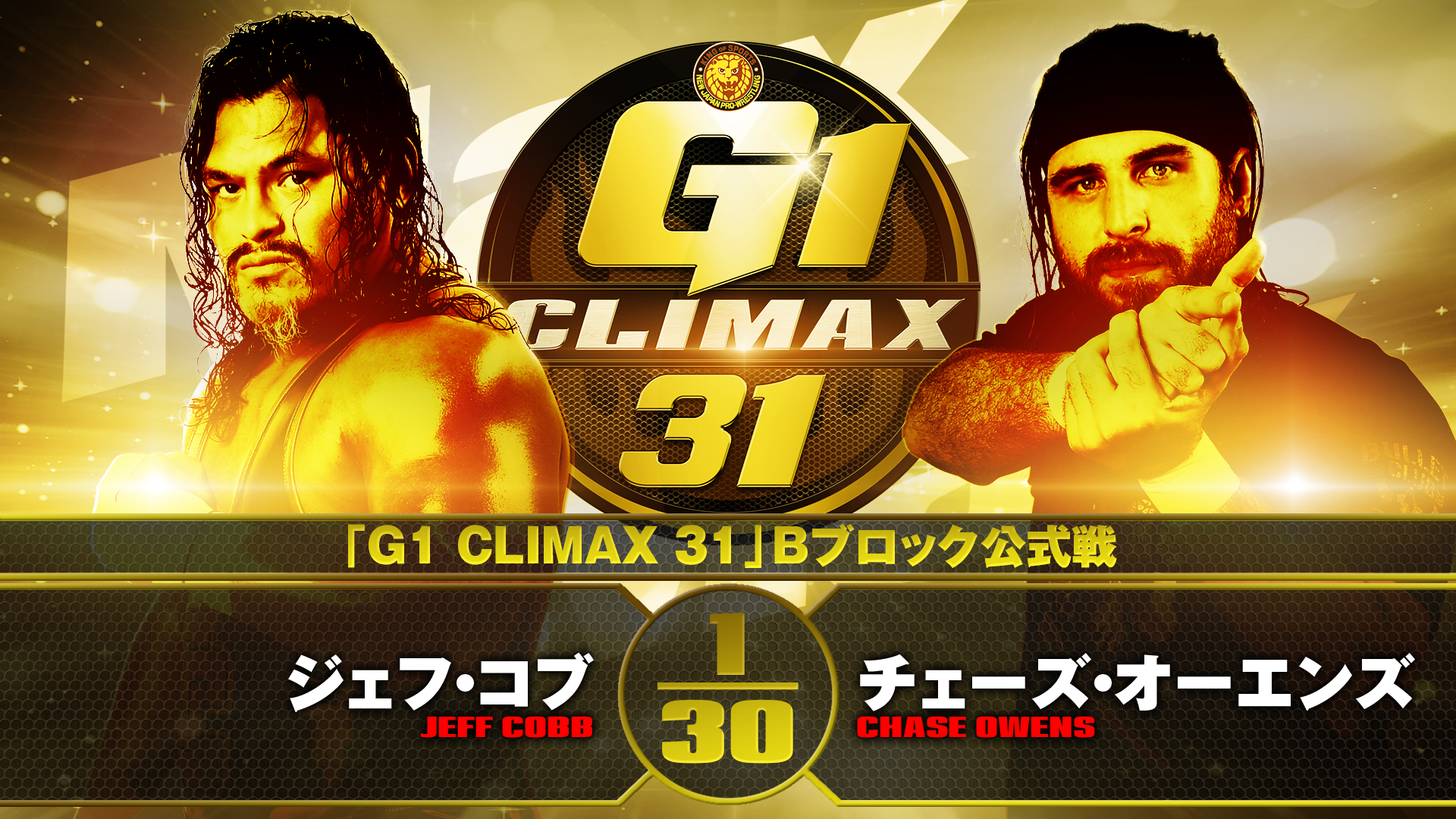 After seven years in NJPW competition, Chase Owens has his first match in the tournament of tournaments against one of, if not the toughest competitor in B Block. Cobb certainly represents a huge opportunity for Owens to instantly prove that he belongs among the top twenty heavyweights, but it will be a hard road to climb for the Crown Jewel to overcome a Cobb hungrier and more highly motivated than at any other point in his career.

It’s almost unfair to compare the United Empire’s Jeff Cobb to the man who competed to eight points in the last two years, both with opening match losses. A changed man since last winter, Cobb has taken his natural gifts of physicality and athleticism, and combined them with results, and big time results. The Imperial Unit could be impossible deny this G1, and Osaka should set the pace for the Imperial Unit. 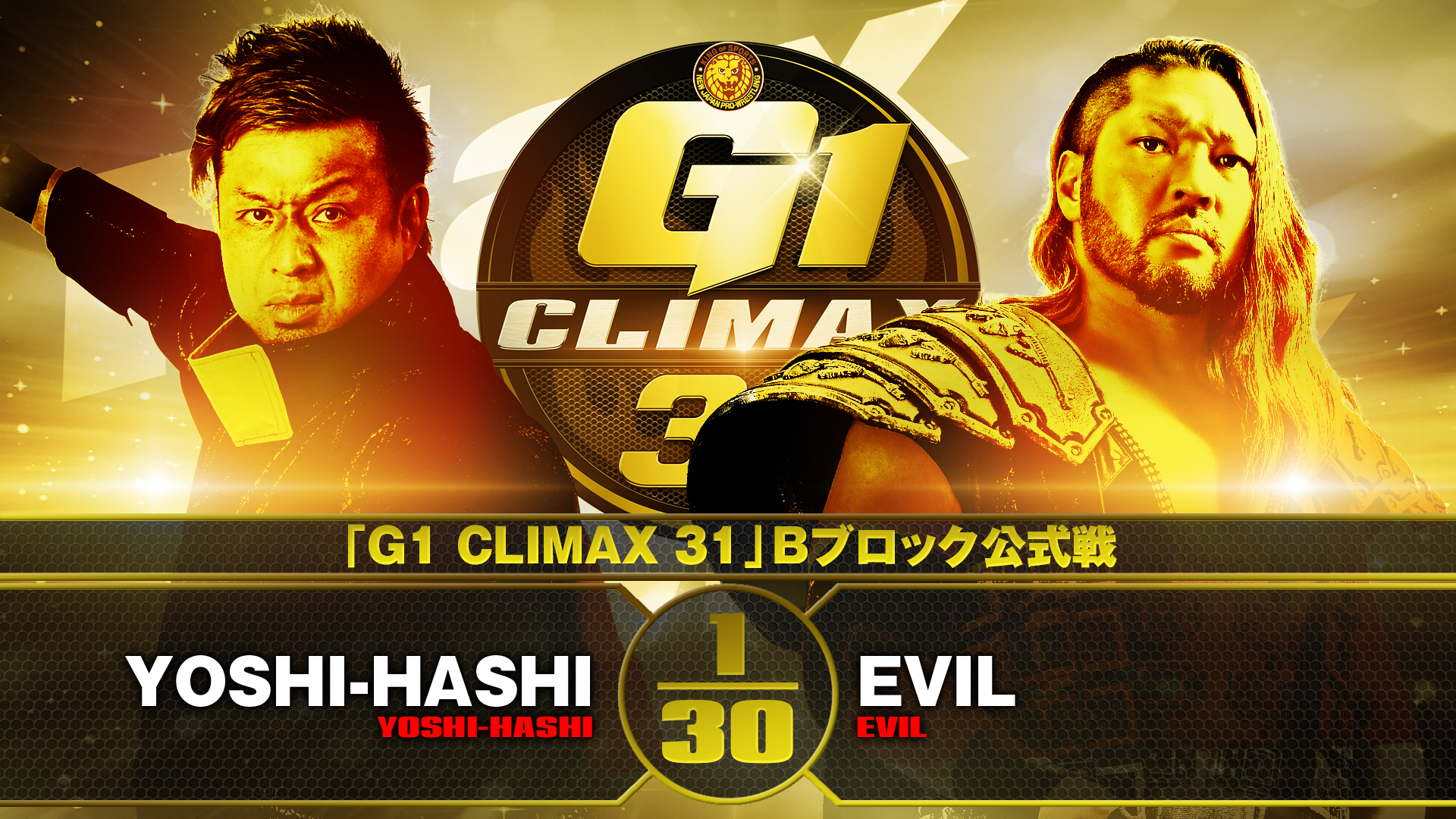 B Block G1 action this year will kick off with EVIL taking on YOSHI-HASHI. Now at the head of BULLET CLUB’s HOUSE OF TORTURE, EVIL is determined to establish the sub-unit within BULLET CLUB and his place within it, as well as to erase memories of September 5’s failed challenge to Shingo Takagi at the MetLife Dome. Last year, YOSHI-HASHI’s drive and heart saw him come as close as one could get to defeating the King of Darkness, but with Dick Togo’s presence proving the difference maker, ultimately fell. Could the Headhunter start his G1 by upsetting one of 2021’s favourites? 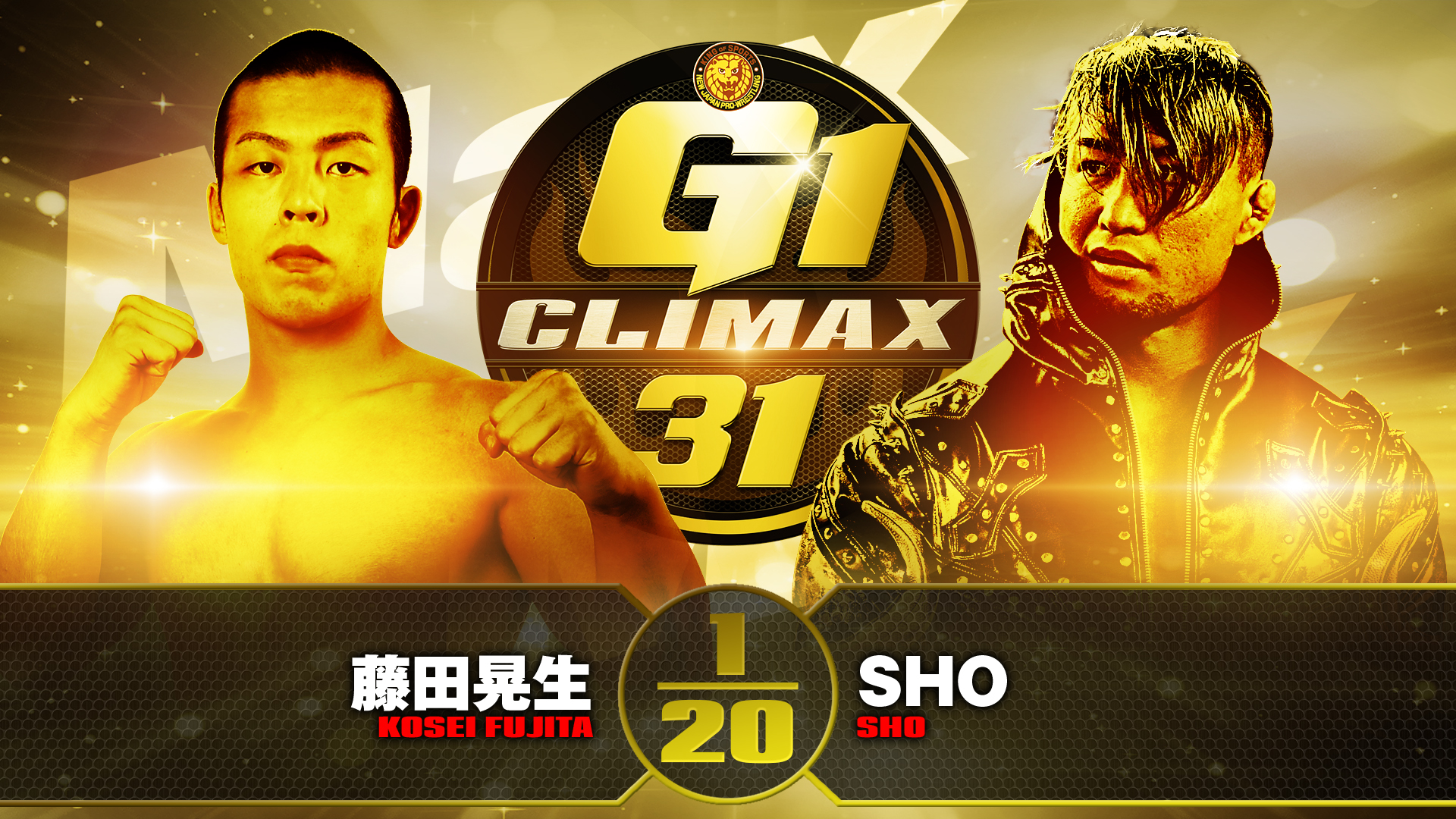 After Ryohei Oiwa gets pitted against SHO on night one, night two of the tournament sees Kosei Fujita tested against the new BULLET CLUB member. It’s rare indeed for a new Young Lion to be so quickly pitted opposite established names only four matches into their career in the same way that Fujita and Oiwa are during this tour. Can Fujita survive long enough against SHO to leave an impression?