Kingston & Moxley to face Archer & Suzuki in a Philly Streetfight at Showdown! 【NJoA】 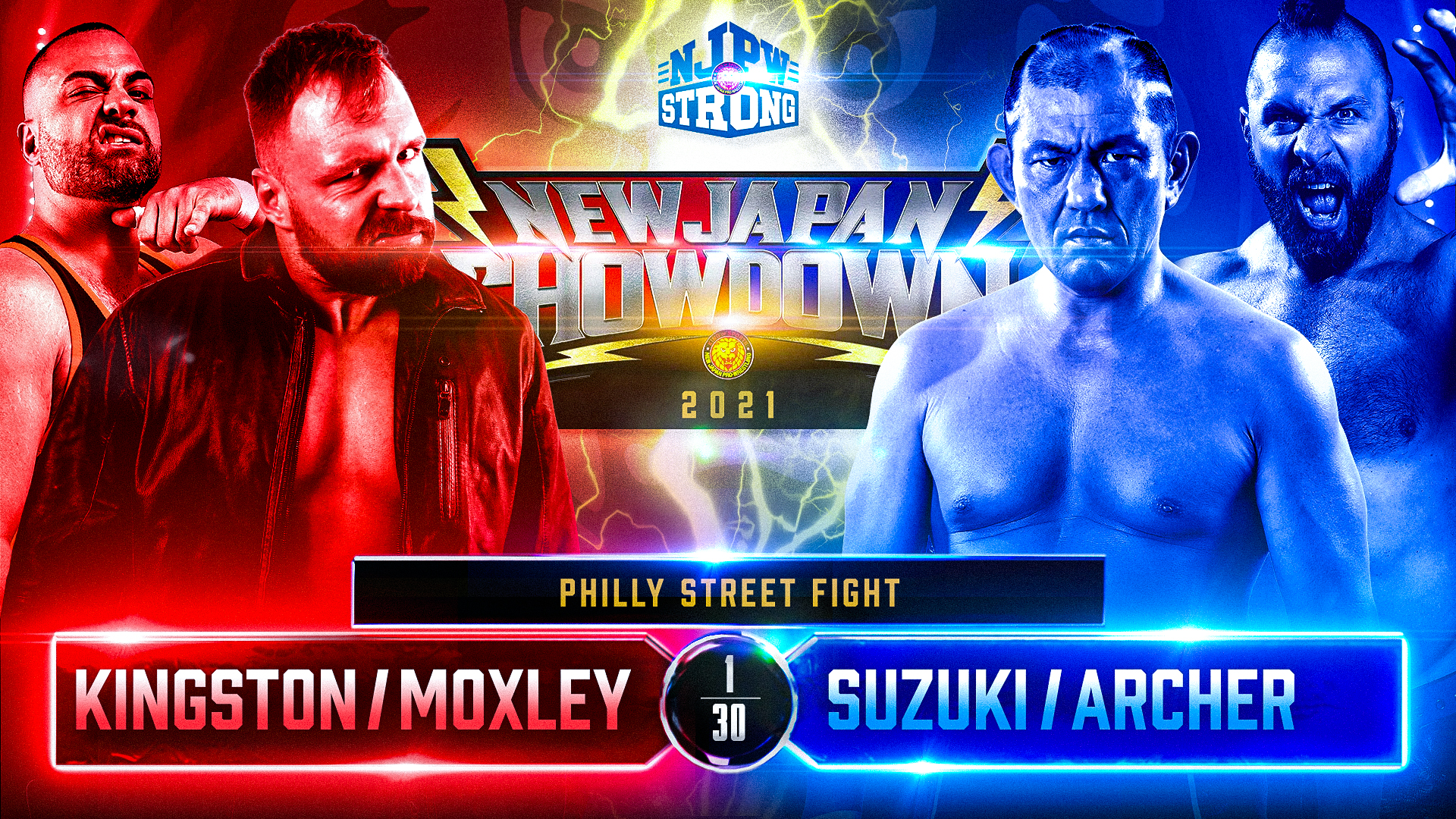 Jon Moxley has had issues with Suzuki-Gun for almost two years and across two continents. From Wrestle Kingdom 14 to New Beginning in Osaka, and then to AEW Dynamite, Suzuki, Archer and Moxley have pursued one another to the ends of the earth, and Moxley’s brother in arms Eddie Kingston has only added to the chaos. At AEW Rampage this past Friday, a lights out unsanctioned battle saw Homicide intervene to prevent a sure fire defeat and possible permanent injury for Kingston, and a frusious Suzuki-Gun was not going to let the incident slide.

Demanding a rematch in an NJPW ring, the bout has been set for Showdown, when NJPW returns to the legendary iconic home of hardcore wrestling, the 2300 Arena in Philadelphia. A Philly Streetfight will take place on Sunday October 17, joining an already stacked lineup that includes Alex Zayne vs Will Ospreay, Jonathan Gresham vs Alex Coughlin and Team Filthy in ten man action.