Jay White used NJPW STRONG this week to send a message to Tomohiro Ishii, after the Stone Pitbull challenged him for the NEVER Openweight Championship one month ago at Resurgence.

White was victorious after a singles battle against Wheeler Yuta in the second bout of the evening. Yuta put his technical mastery to effective use, making White work hard for every advantage. The Switchblade was forced to rake the eyes in order to get the upper hand with elbows and shots into the corner, but Yuta was able to respond getting in an impressive German suplex, and putting White in a tight STF. 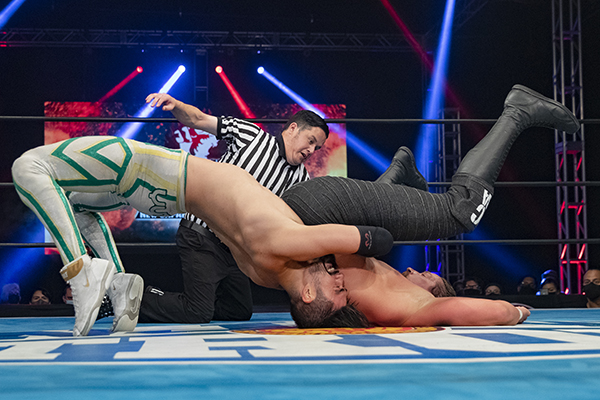 When White sensed that he was in trouble though, he was quick to bring about the end for Yuta. A harsh snap sleeper suplex and a Bladerunner later, and the NEVER Champion was victorious. Yet the Switchblade’s night was not over, as he took to the microphone and addressed Tomohiro Ishii. Incensed that Ishii crashed his victory party after beating David Finlay at Resurgence, Jay called Ishii out, and the Stone Pitbull was quick to respond. 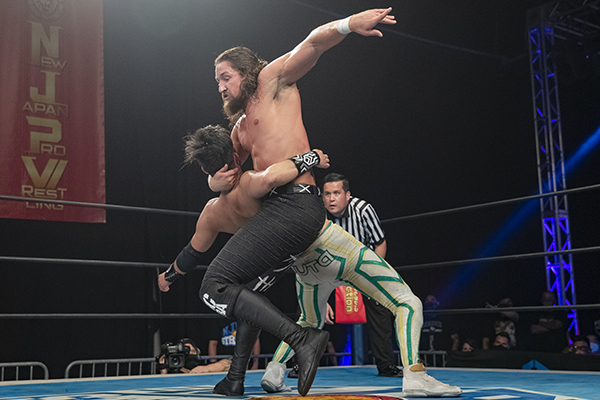 Ishii showed trademark stoicism in the face of White’s insults; at least until mouthing a salty ‘f**k you’. Ishii then lamped White with a right forearm and set up for the Vertical Drop Brainbuster, 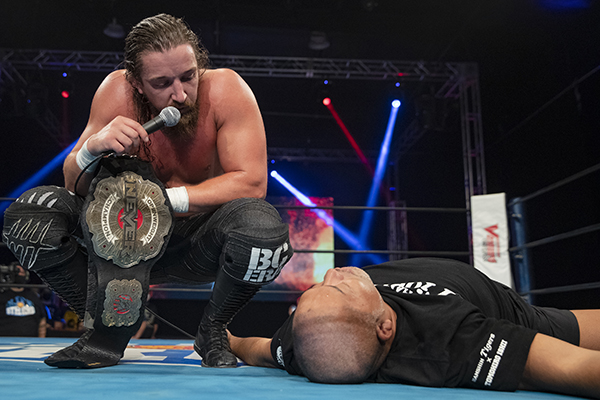 White’s attack preceded an intense main event between Fred Rosser and Ren Narita. After several weeks of anticipation, the mood was intense from the opening bell, as was the offense. Narita took Rosser to the floor with a plancha and shots to the guardrails, but Rosser would slam the LA Dojo member on the floor and then dropped all his weight with a hip drop. 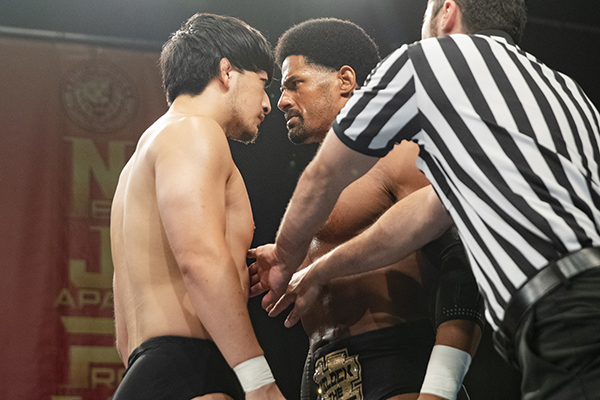 Narita eventually found some space with a belly to belly suplex, and a half hatch, while putting on punishment with an Indian Deathlock and Figure four. It was headbutts to the back of the head from Rosser that brought the match back to the Suntan Superman however, and a huge powerbomb out of the corner rocked Narita.

Rosser would try to put Narita away with the Gutcheck, but was countered first with a rear naked choke and then with Narita Special #3. Rosser fought out with a barrage of headbutts and hit his Gutcheck and basement dropkick, but Narita showed tremendous resiliency in kicking out. A savage chop and Ground Cobra, and Narita picked up a huge victory, burying the hatchet post match with a firm handshake. 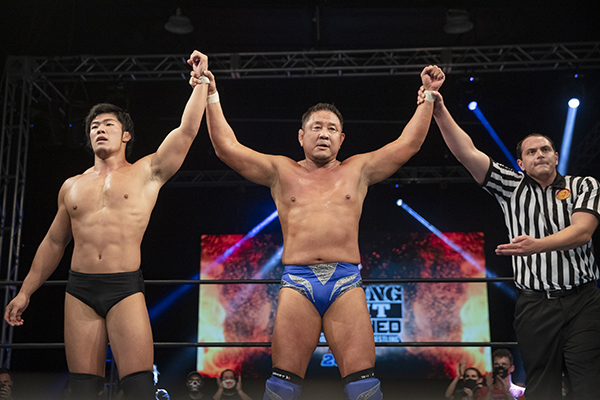 Yuya Uemura and RYuji Nagata vs The DKC and Kevin Knight. 59-1

Opening NJPW STRONG, Yuya Uemura continued his excursion by teaming with Yuji Nagata against The DKC and Kevin Knight. Knowing how important this match was against the Noge transplant Uemura and legendary veteran Nagata, Knight and DKC brought the fight, with the DKC unleashing his second rope karate kick, and the crowd exploding for Knight’s trademark dropkick. In the end though, a Nagata Lock II sealed the deal as Uemura and Nagata stood tall.