Battle in the Valley to hit FITE Live in English November 13! 【NJoA】 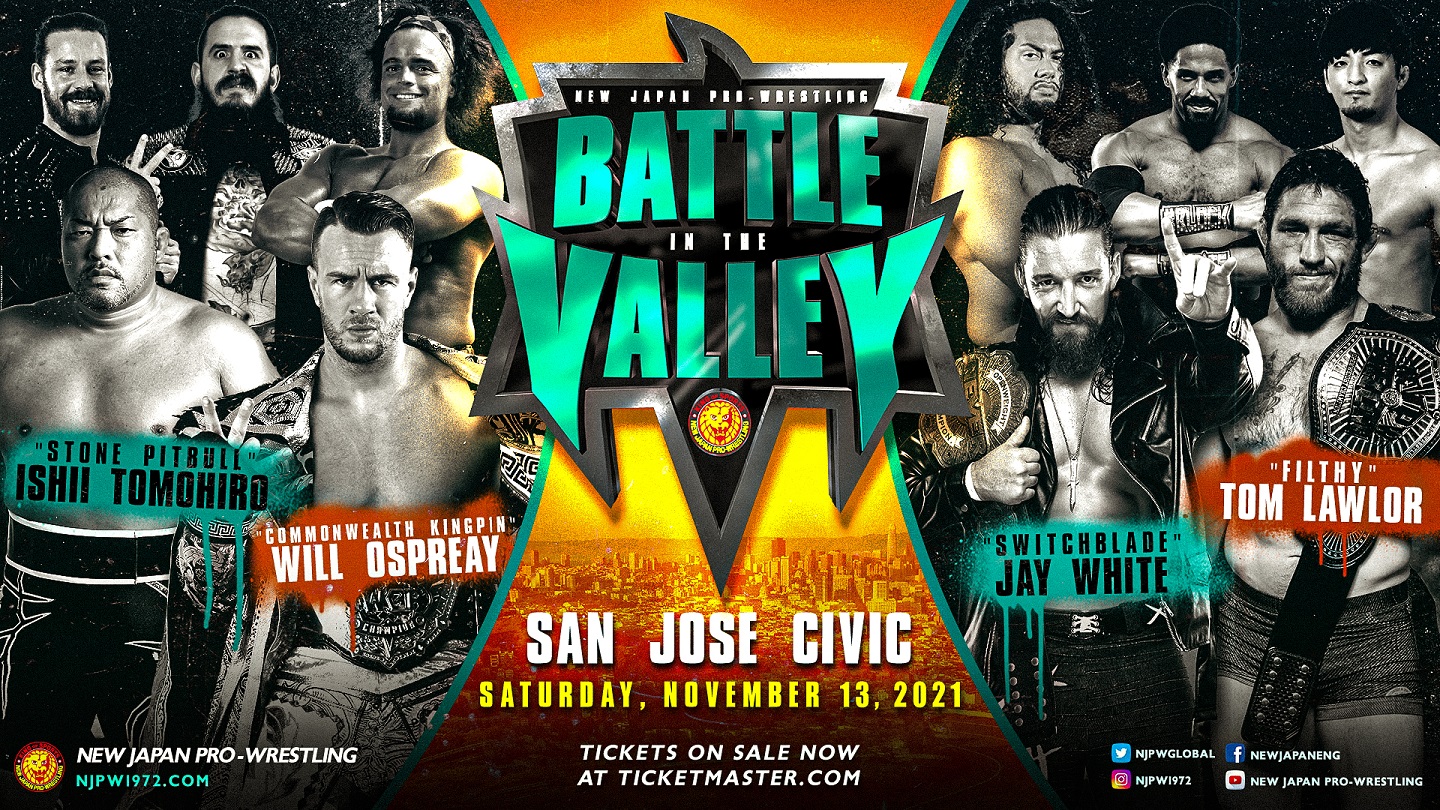 Order Battle in the Valley on FITE now!

Battle in the Valley will see NJPW’s best hit the San Jose Civic for a huge night of action, with big matches to be announced! Every one of these major matches will be broadcast live worldwide, and New Japan is teaming with FITE once again to bring live English coverage!

Kevin Kelly, Alex Koslov and Matt Rehwoldt will be on the call at 11PM eastern/8 Pacific on a massive night of wrestling action. If you can’t be there in person, we have the best seat in the house reserved!

*Live coverage on NJPW World will be available in Japanese.

*Live English coverage is a FITE live exclusive. English commentary will be available on demand after the event.