After Wednesday night’s B Block finals, the full card has now been determined for the G1 Climax 31 final on Thursday October 21.

Watch the final LIVE in English on NJPW World 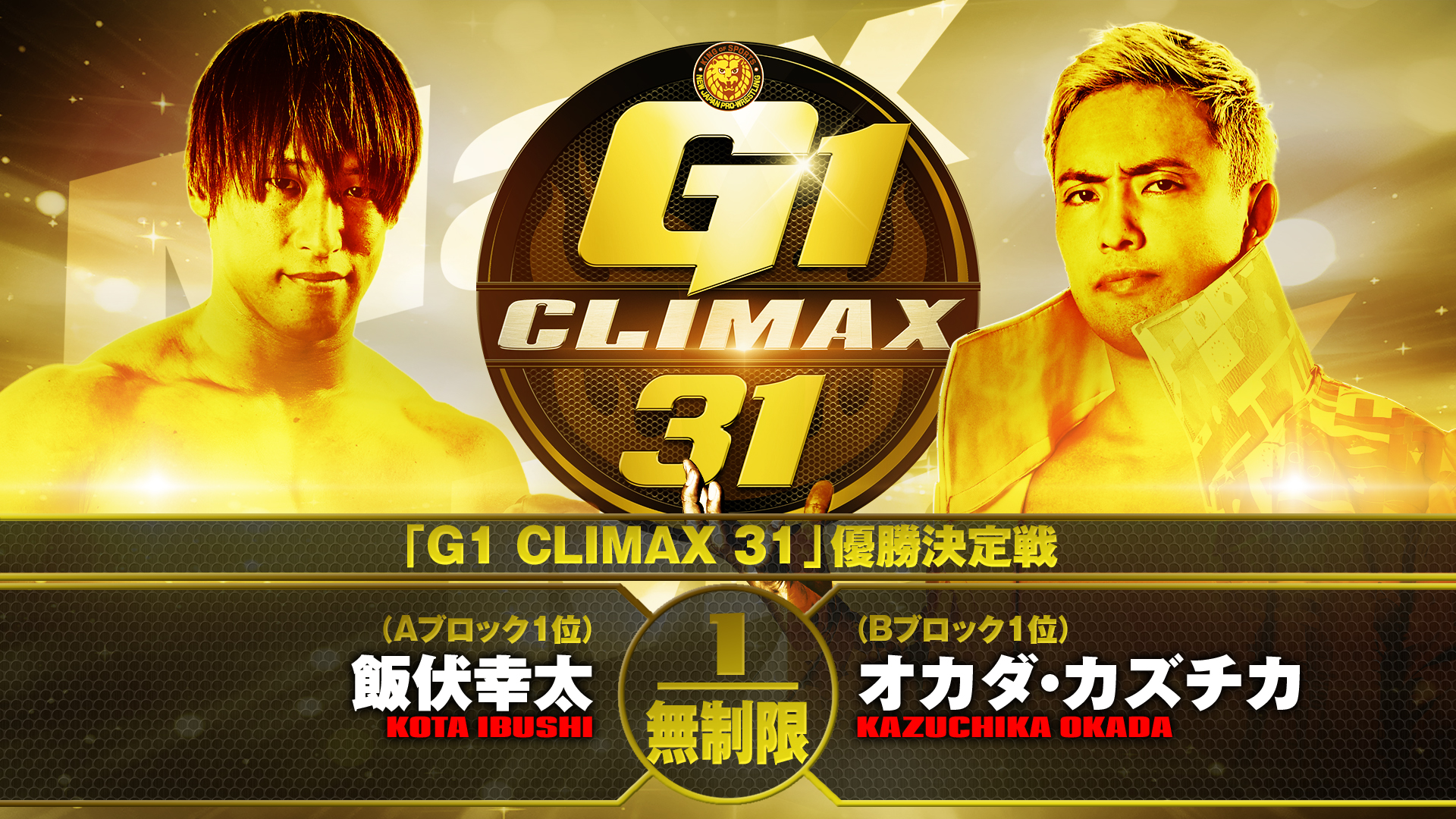 Kazuchika Okada and Kota Ibushi’s sixth official singles match is their fourth in NJPW rings. While overall the two are even, the G1 record is solidly weighted in favour of Ibushi, with wins in the 2020 opening night and in 2019’s last block evening. Then it was Ibushi denying Okada to claim the final spot and go onto win the G1; now they meet in the final itself.

Both men are seeking their third G1 victory, but recency bias in the G1 again says Ibushi is favourite. In his unprecedented fourth consecutive final, Ibushi will look to grab the trophy for the third consecutive year, while Okada is seeking his first trophy since 2014. The Rainmaker Return was heralded by a victory over Tanahashi on the opening night for Okada, but will only be cemented with a win over Ibushi that will not be easily forthcoming.

Okada’s wins over Ibushi have each come with Okada competing in his wheelhouse. His first two victories came when Ibushi was still a junior heavyweight, while his most recent, on January 4 2020 in the Rainmaker’s home-away-from-home-turf of the Tokyo Dome main event. The G1 final is Ibushi’s turf though, and the Golden Star will be making every bit of that advantage.

He could need it. At times showing fatigue as he progressed past his bout with aspiration pneumonia, Ibushi seems perhaps more damaged even than Okada after his war with Jeff Cobb last night. Factor in the adrenaline still flowing through Okada’s system, and Ibushi may be the on paper underdog; as Ibushi proved in his first 2019 win on an all but broken ankle though, there is no position Ibushi enjoys being in more. 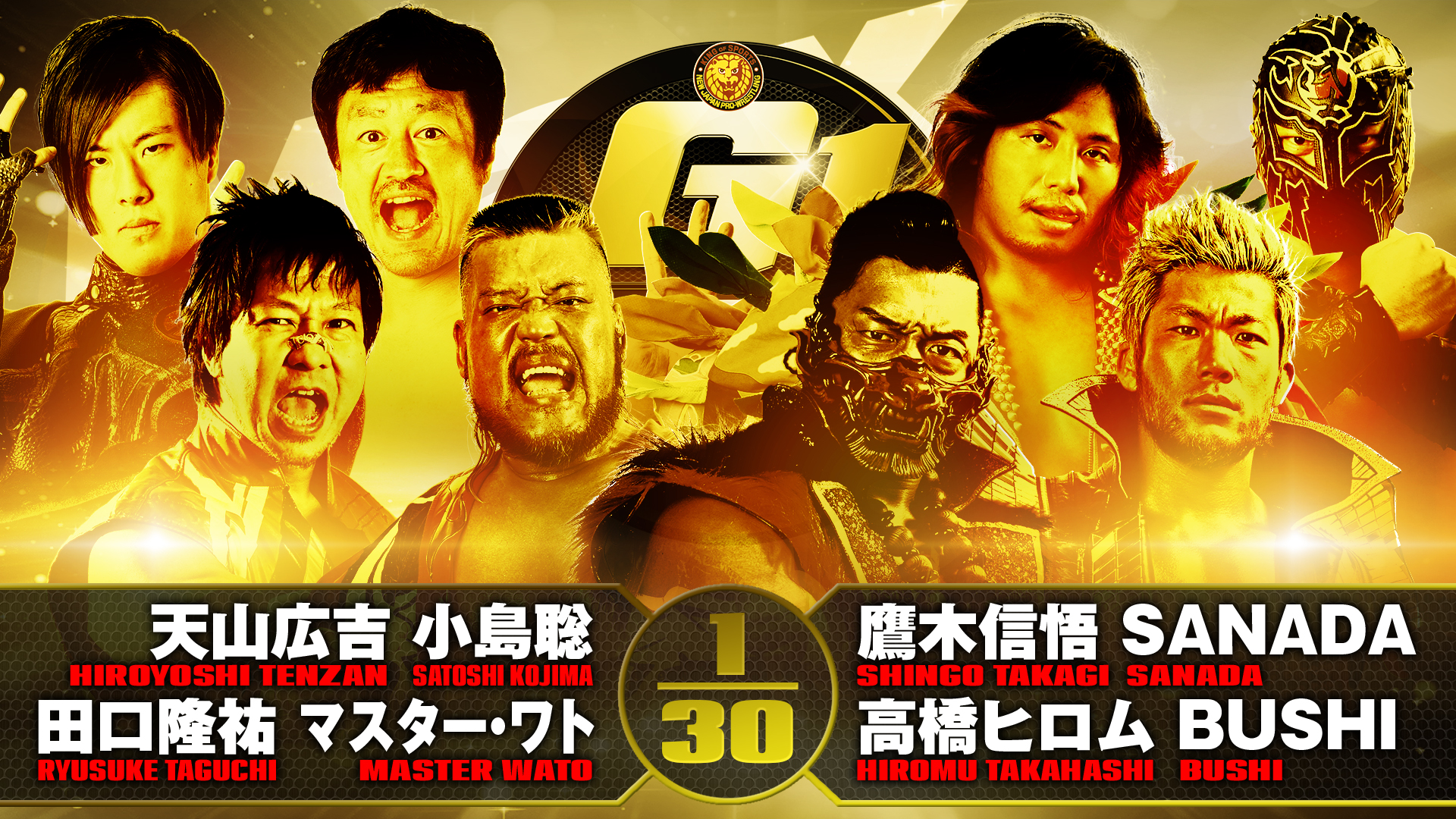 Eight man tag team action will see Los Ingobernables De Japon unite, albeit without the injured Tetsuya Naito, to take on a hontai team of TenCozy and Wato and Taguchi. With Best of the Super Jr. inbound starting November 14 the junior heavyweights in this match will be looking to show what they can bring to their own one month long marathon. Meanwhile, as Shingo Takagi’s G1 comes to end, the fighting champion will be looking to see who is coming down the road to challenge him. Could that challenger show their face tonight? 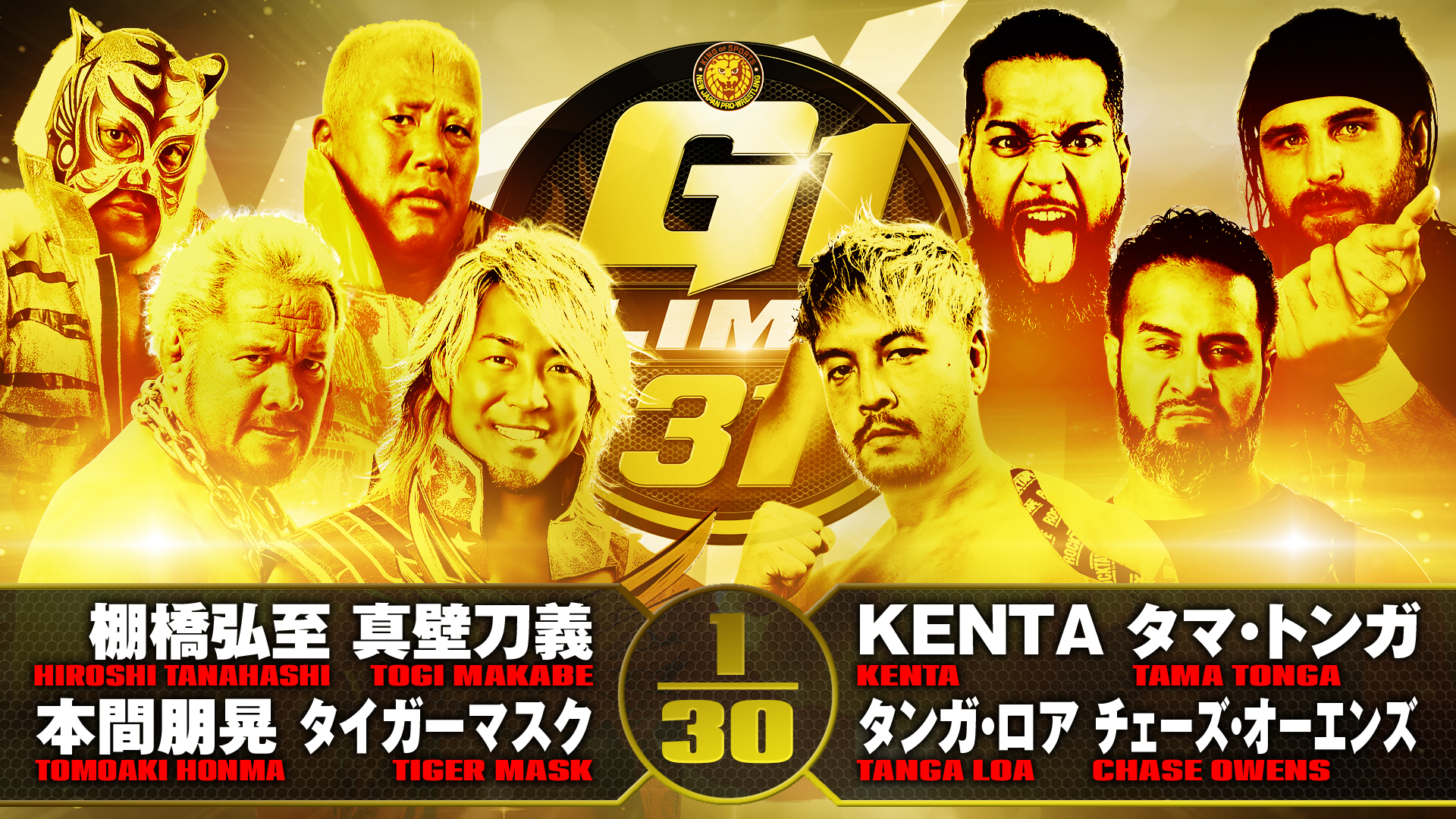 From some potential entries to Best of the Super Jr., to potential World Tag League entrants in the third match of the evening. The Great Bash Heel combination of Togi Makabe and Tomoaki Honma will be looking to compete in WTL, while Guerrillas of Destiny, fresh from showing what they can do in a tag team environment, will be looking to win the entire league for the second consecutive year. One also has to keep an eye out for Chase Owens’ interactions with Hiroshi Tanahashi; Owens finished his first G1 only two wins behind the Ace, and more important, pinned the IWGP United States Heavyweight Champion to do so. Will there be added consequences here tonight? We’ll find out. 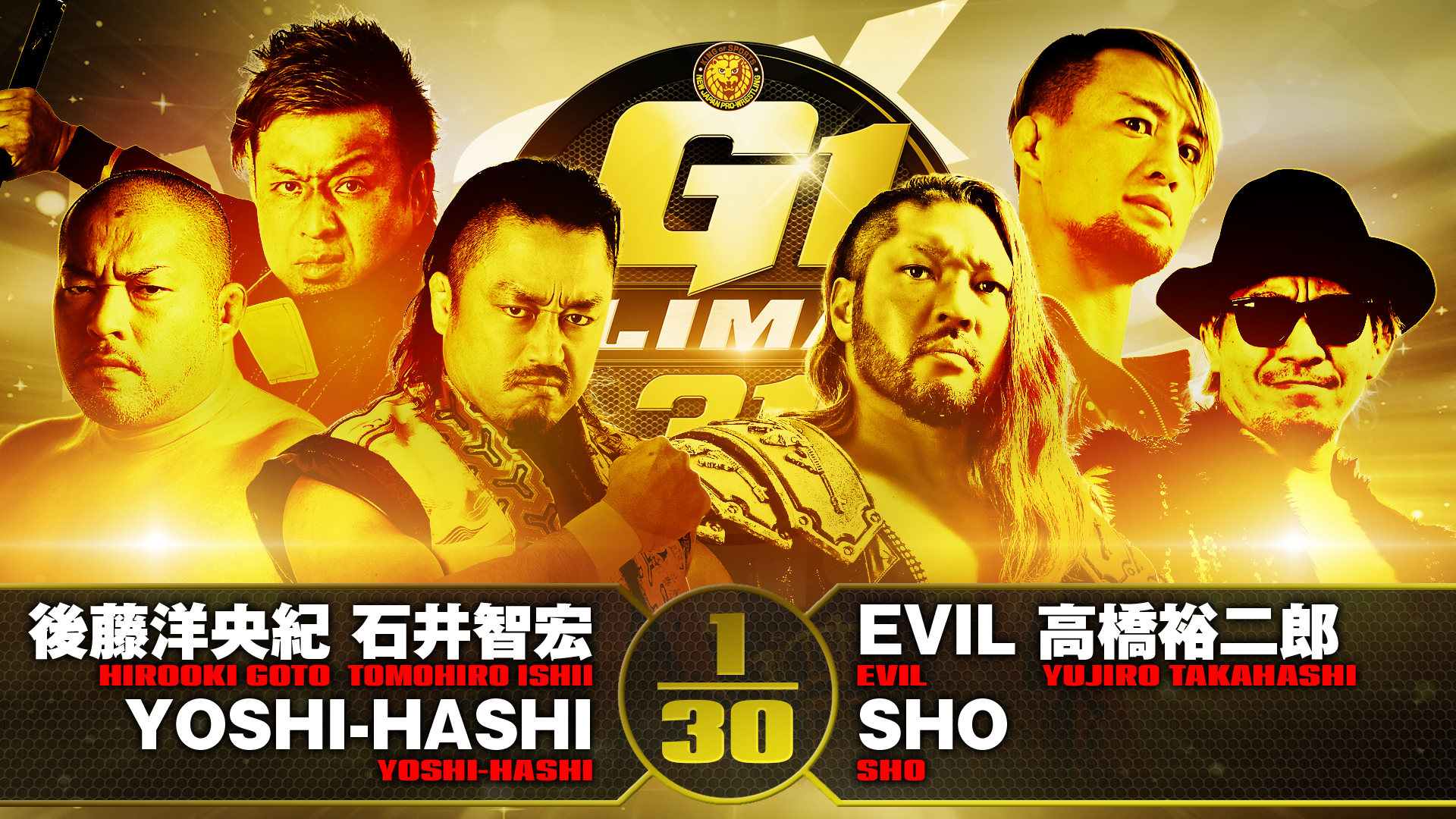 HOUSE OF TORTURE unite as a trio for the first time since their formation at Wrestle Grand Slam in our second match of the night, and do so against the NEVER Openweight 6-Man Champions. A win for the BULLET CLUB representatives could open the door to championship opportunity should they want it; meanwhile Goto and YOSHI-HASHI especially will want to get revenge on EVIL for the shenanigans they were forced to endure en route to G1 losses. 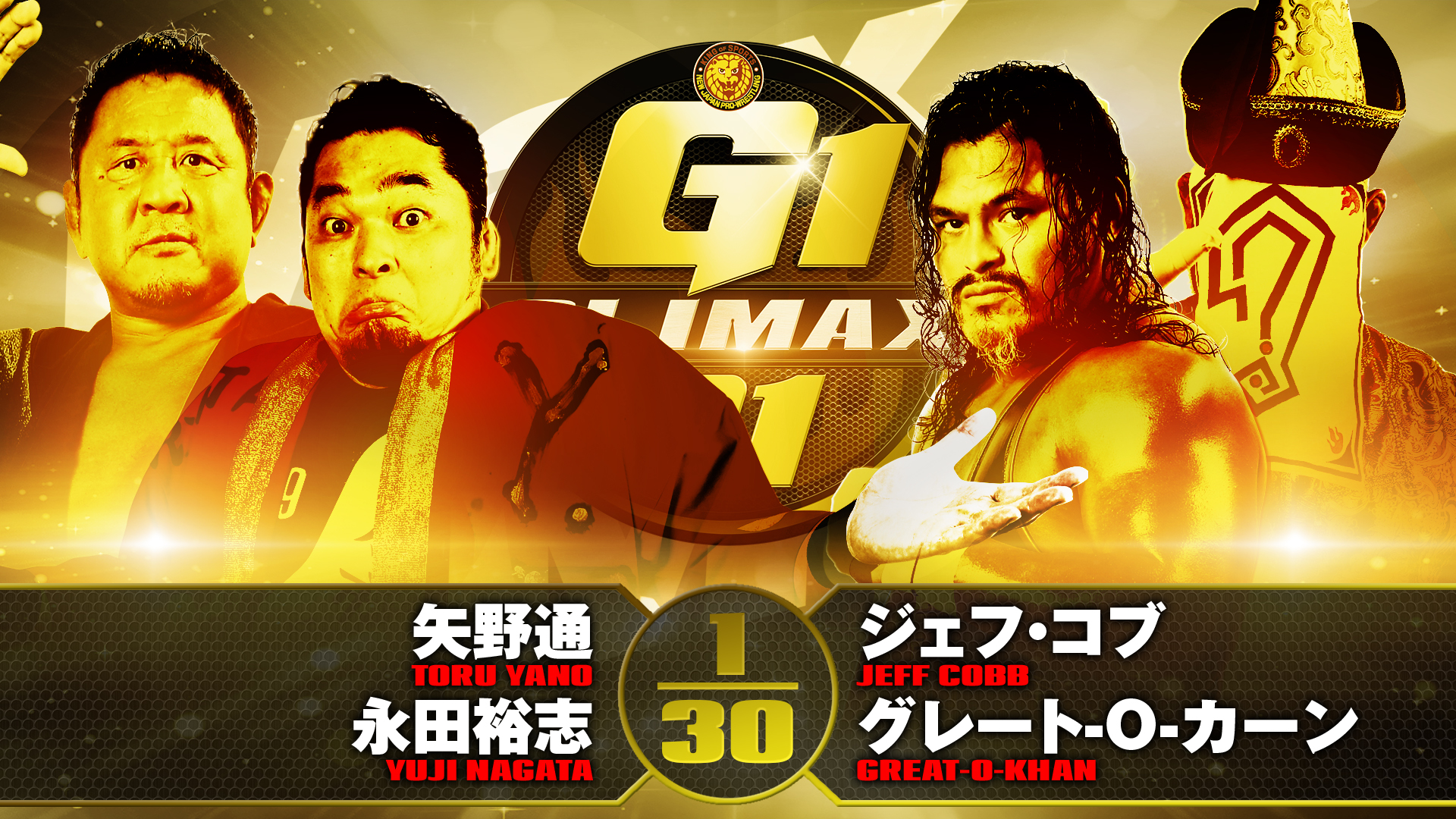 The odd pairing of Yuji Nagata and Toru Yano will be in the United Empire firing line tonight. Jeff Cobb will be reeling from having a record setting G1 end in defeat, but will be insulted by the shunt to the opening match on the card. As Great-O-Khan comes off a tremendous, if unsuccessful G1 in his own right, United Empire may be looking to make examples of veteran opposition in our opener. 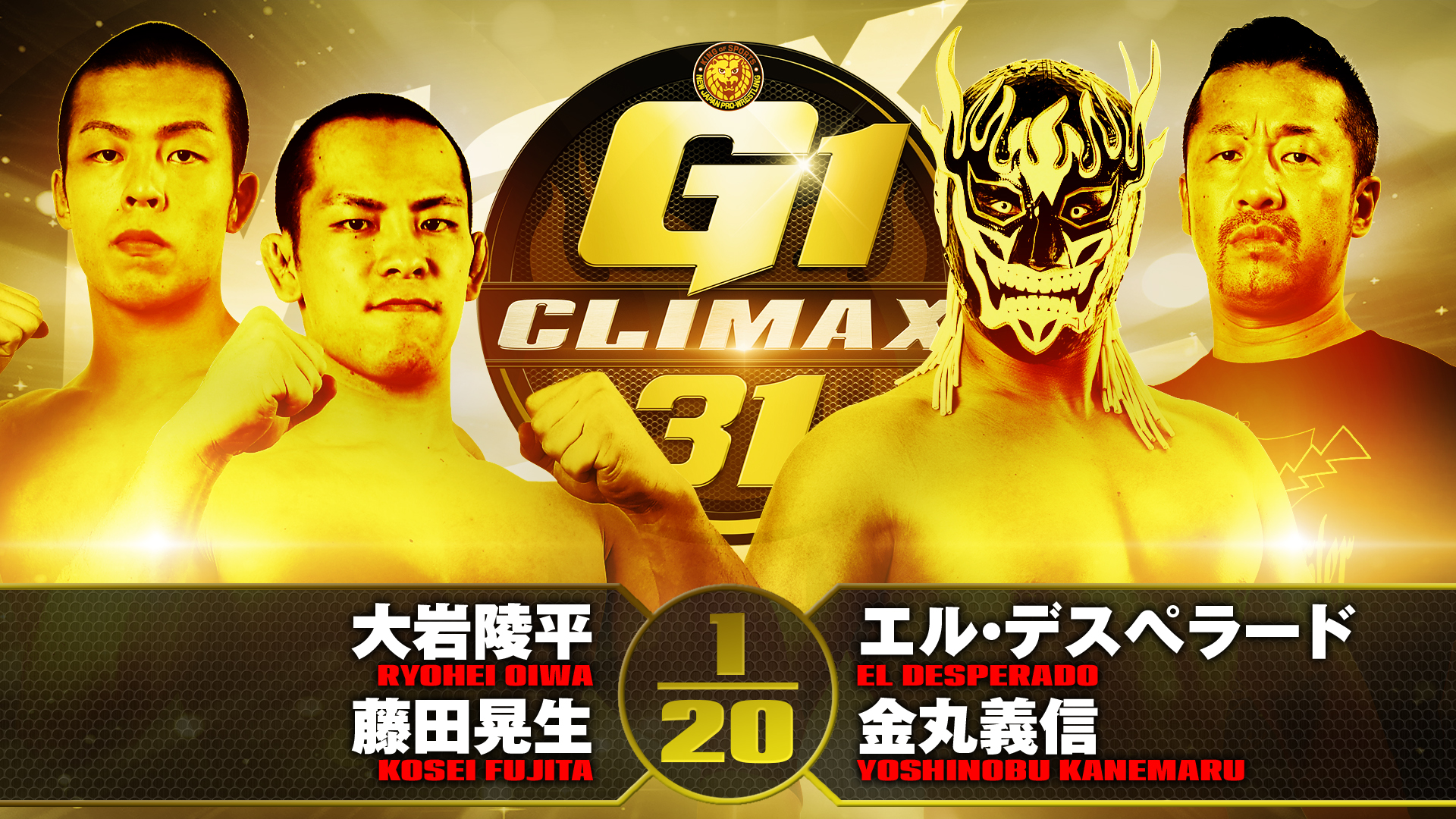 Young Lions Oiwa and Fujita get another shot at tag team competition in our kick off opener. Will they be able to mount more tandem offense and survive longer than the champions than back in Osaka during the G1? And with an impending title defence for Desperado and Kanemaru against Tiger Mask and Robbie Eagles coming soon, what statement will the IWGP Junior Heavyweight Tag Team Champions look to make?