If Ishii loses he can never challenge for NEVER gold again 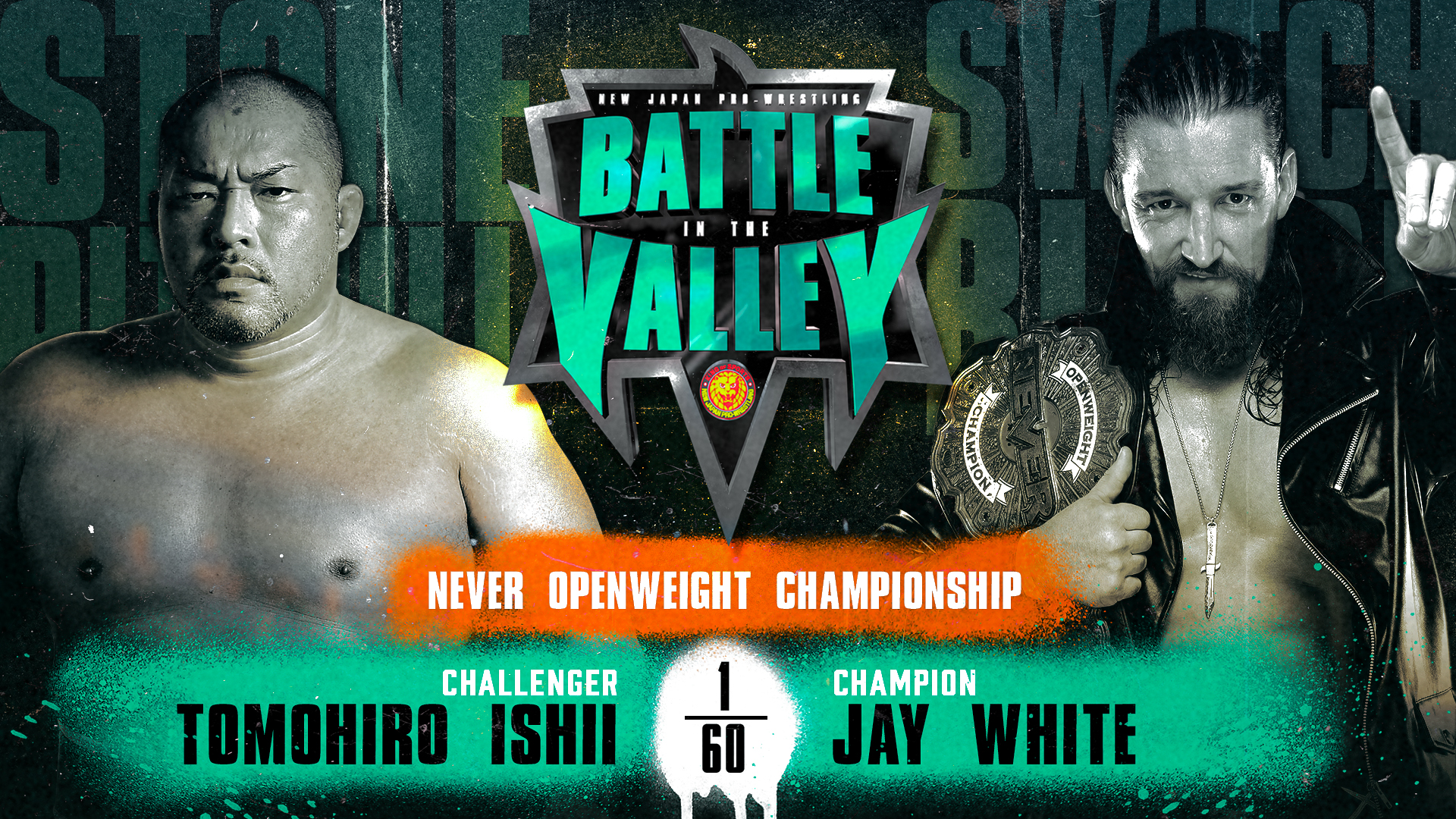 Watch LIVE in English on FITE!

(Live Japanese on NJPW World, English to follow on demand)

Battle in the Valley has its first match officially confirmed for Sasn Jose Civic on November 13, as Switchblade Jay White will put the NEVER Openweight Championship on the line against challenger Tomohiro Ishii. Ishii stepped forward to challenge White after the Swotchblade’s successful defence against David Finlay at Battle in the Valley, but White would refuse to take Ishii up. Later on STRONG, Ishii would be hit with a low blow and Bladerunner center ring as Jay remained steadfast, but his mood would shift by the time STRONG tapings began in Philadelphia.

Finally granting ‘the little puppy nipping at my heels’ his title opportunity, White granted the championship match on one big condition. If Jay White retains in the San Jose Civic, Ishii will no longer be allowed to challenge for the NEVER title again. Now with stakes high for both men, who walks out as champion?