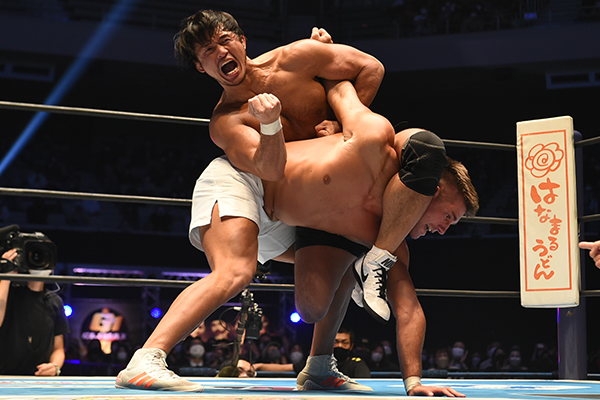 Katsuyori Shibata headed to the ring in the Nippon Budokan on October 21 2021 as the G1 Climax Final night returned from intermission.
After Zack Sabre Jr hit the ring dressed to wrestle despite not being on the night’s card, Shibata joined him, and the announcement was soon relayed that the two would compete in a five minute exhibition under grappling rules. 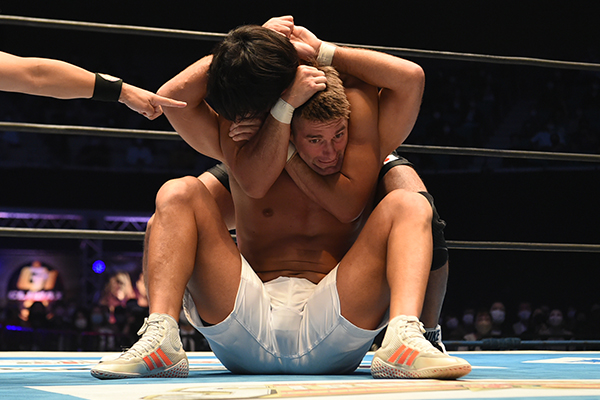 The bout saw Sabre and Shibata exchange holds with neither getting a pronounced advantage, Shibata looking for a Figure Four while ZSJ sought a Cobra Twist. In the end Shibata locked in a signature sleeper before being able to apply the full Cobra as the time expired for a draw. 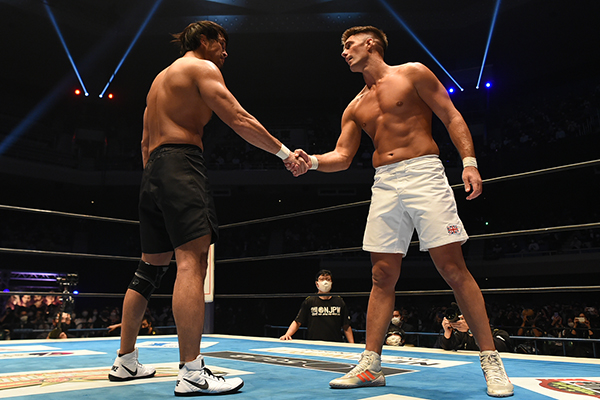 Post match Shibata thanked Zack and said that the next time he would be in the ring it would be ‘in my (ring) gear’. Katsuyori Shibata has not competed in a match in NJPW since suffering a head injury at Sakura Genesis 2017.
NEXT：G1 ends in Heartbr...