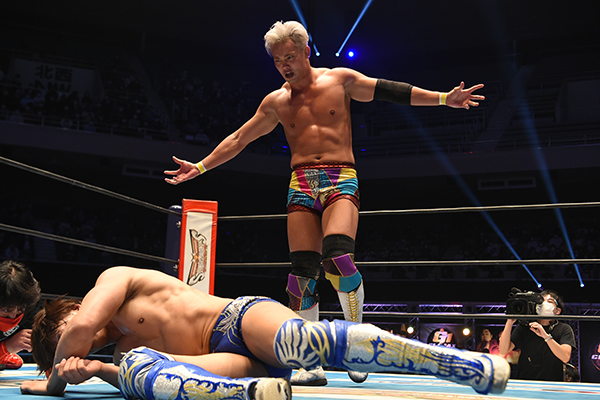 After early exchanges of mat control, and a momentary acceleration to a standoff, Ibushi connected with the first hard strike of the match, a mid kick putting his opponent to the mat, but Okada was quick to respond with a flapjack that ensured Ibushi would not have sustained control. The Rainmaker would instead dictate the next five minutes of the match before a dropkick and flying mid saw him catch a break. 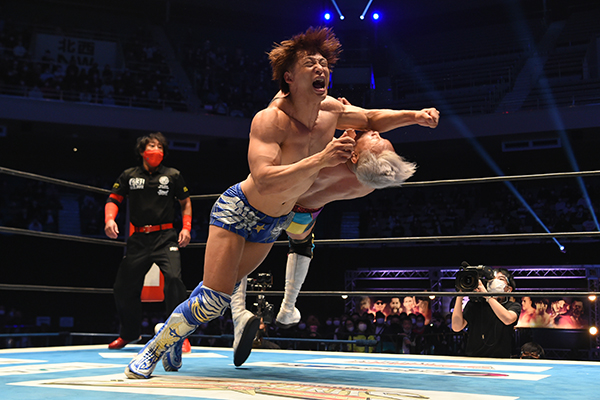 Okada would try and draw Ibushi to the dangerous environment of the floor, but the 2019 and 2020 winner would meet his opponent with a half and half on the thin matting. Yet moments later, Ibushi would be caught with a dropkick from the canvas all the way to the top rope. Ibushi would spill nastily on the floor, and then would be driven directly onto the hard wood with an Okada DDT.

Okada would bring his opponent inside and connect with a shotgun dropkick before putting him in the Money Clip, making Ibushi work desperately hard to make the ropes. As the match went past twenty minutes though, Ibushi would avoid the Rainmaker and land a wild right lariat that put Okada to the mat. Now firing up, Ibushi rocketed off hard right forearms that thudded off Okada’s skull before landing a Frankensteiner that put the CHAOS leader to the floor. 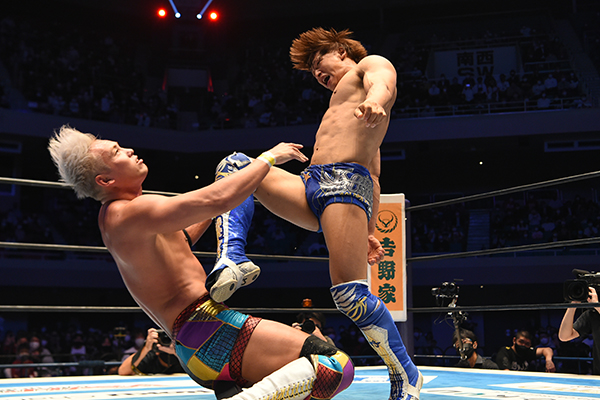 A quebrada followed for Ibushi, and a Sit Out Last Ride inside would get him two. Okada would look for a backslide into the Rainmaker, but lost his grip on Ibushi, who delivered a pump knee and Kamigoye, only getting two. Ibushi landed another wild lariat, and then disaster struck.

Ibushi went to the top rope for a Phoenix Splash, but Okada avoided the contact. Ibushi landed hard on his right arm, and after the referee ascertained that Ibushi had no motion, called for the bell. 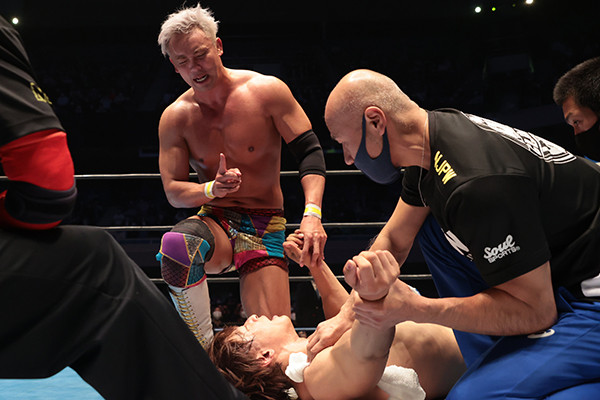