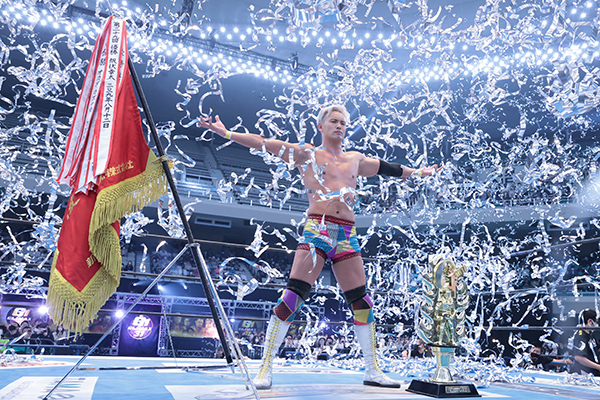 Kazuchika Okada won G1 Climax 31 on October 21 via referee stoppage as Kota Ibushi suffered an injury to his right arm. Okada was gracious in his victory to Ibushi and promised to wait for another match against the Golden Star, but stated that it should be for the fourth generation IWGP Heavyweight Championship. Opting not to make a statement toward IWGP World heavyweight Champion Shingo Takagi, Okada instead insisted that his journey should grant him recognition as the IWGP Heavyweight Championship as its last holder Ibushi had been defeated.

Before addressing his controversial in ring comments, Okada was met backstage by Tama Tonga who remainded the Rainmaker that he was the only reason that Okada could not put together a perfect G1. Tonga suggested that he would relive Okada of his ‘G1 briefcase’ before he even takes official possession of it, and that it should simply be a Tama Tonga themed case. Okada wasn’t ducking the challenge, but suggested he didn’t want a case at all. 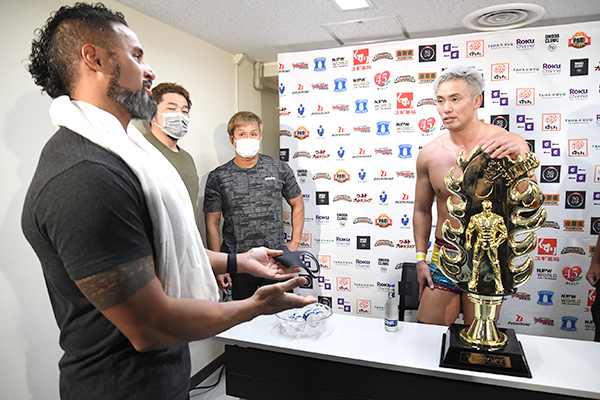 –What’s your mental state right now, having won the G1?

Okada: Hmm. I really want to sit here with pride and say that I am the G1 winner… It’s been a long hard month… But honestly, I’m happy. Sure, it was a stoppage, but I came in to win and I did that. It didn’t end the way I’d imagined, but I still won. I am happy, i’m the 31st winner, the 31st champion of the G1 and I want to be proud of that as I head into the Tokyo Dome (and Wrestle Kingdom 16).

–Can you reflect on the last two nights from Jeff Cobb to today?
Okada: I mean really, there was just one day between the two matches and I had to win. There wasn’t anything I could do other than turn my focus onto this match tonight and be in thebest possible shape for it.
–Your thoughts on the match before the Ibushi injury?
Okada: Honestly there was something lacking. But it’s about looking forward now. It isn’t about collapsing and letting it get the best of you, especially with the way the world is right now. I’ve said it myself, pro-wrestlers are superhuman. The final, it was what it was. But I will be back showing how a wrestler stands up and fights what’s next, and how we all can. We didn’t pack out the arena tonight, but I will make sure professional wrestling does once again. 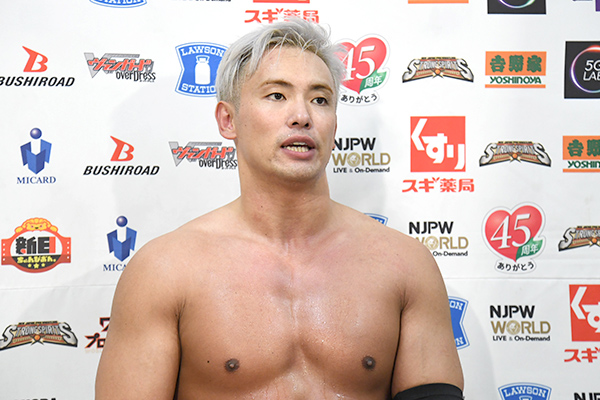 –You said you wanted Ibushi once again, and then something about the belt? Can you explain what it is exactly you menat?
Okada: There was the fourth generation (IWGP) belt, and another one. Ibushi was the one that brought them together. I don’t plan on calling myself the IWGP Heavyweight Champion per se, but that I should be holding that belt as proof of what I’ve done and my promise to face Ibushi. I’m the champion of this G1 Climax after all. usually guys have a briefcase with them, right? It’s no different. I can have a contract as well.
–So you plan to then challenge Shingo Takagi…
Okada: Challenge? Me?
–For the IWGP World heavyweight Championship.
Okada: No, he should challenge me. I’m the champ now. He isn’t.
–So… not the IWGP World Heavyweight, the IWGP Heavyweight…?
Okada: It’s always been the IWGP Heavyweight title for me. This tournament had the ‘champion’ in it, and I still won. I mean, if he wants to do it, sure then we can. I know before, the G1 has challenged for the title, but if it’s for the World Heavyweight, and not the Heavyweight title, then no, you come and challenge me. Who do you think is better? Who do you think is better to fire up NJPW? Who won the G1? Shingo? No, me. Who brought the most in this tournament? Me. So there you have it. 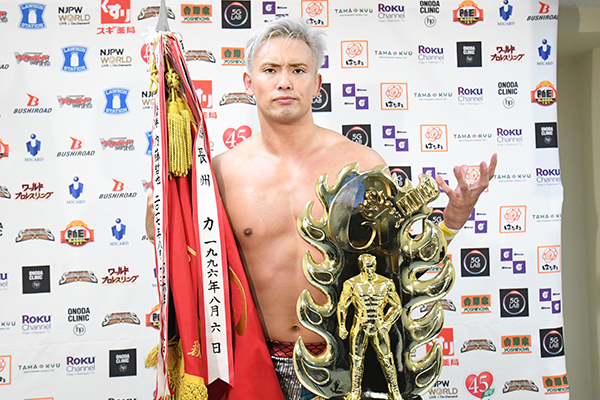 –Your thoughts on Tama Tonga…?
Okada: He beat me. There’s unfinished business there. Nobody’s perfect, and even though I wasn’t perfect, I won this tournament. So let’s get that square and then onto the Tokyo Dome. Because it has to be me for that Dome. Tama is not going to win the crowd over talking about how he beat the G1 Champion. In Yamagata he got me good with a Gunstun and that piledriver. He made me a stronger and more handsome man for it. So I’ll be glad to throw down with him again.
–So to confirm once again, you’re breaking with the tradition of winning the G1 and challenging for the IWGP World Heavyweight Championship?
Okada: Well, it’s more about asking who is really the champion. Maybe we let the fans decide. There’s a lot of talk of politics in Japan right now. So are you with the t IWGP World Party, or the IWGP Heavyweight Party? But unlike politics, this isn’t all talk. We can prove our points instead.
NEXT：IMPACT Tag Controv...