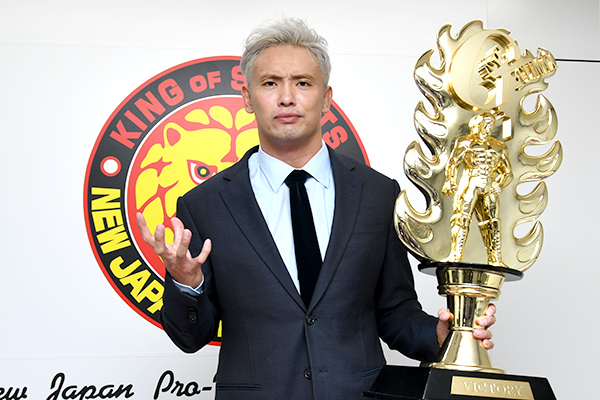 Kazuchika Okada addressed media for the first time as the G1 Climax 31 winner today with a video press conference less than 24 hours removed from a G1 final that ended with Kota Ibushi’s arm injury in the Nippon Budokan.

Chairman Naoki Sugabayashi was first to address the media on the remote conference: 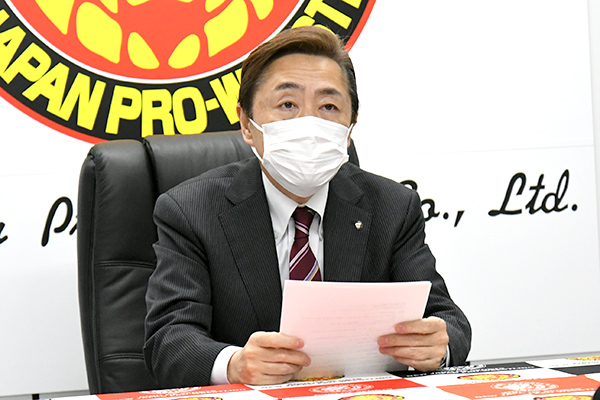 ‘The G1 Climax started on September 18 and ran for just over a month. With the co-operation of fans following our COVID protocols, we were able to complete the series without incident, and we appreciate your support.

I have two updates for you today. Firstly, in the G1 final last night in the Nippon Budokan, Kota Ibushi incurred a dislocated right shoulder during the match, and was treated by the ring doctor and training personnel. Further updates to Ibushi’s condition and a timetable for return will be announced after Ibushi has received more thorough appraisal.

Secondly, over the last year or so, under NJPW’s COVID protocols, there has been a reduction in the number of matches on each New Japan Pro-Wrestling event. As a result of the current infection levels in Japan, as well as the vaccination of staff and wrestlers, from the forthcoming tour we will be increasing the number of matches on each card, while maintaining our other COVID rules and protocols. From now on, fans can expect to see more of their favourite wrestlers competing on each live event. Once again, we appreciate your understanding and support throughout the COVID-19 pandemic. Your patience through this period has been very important, and in several ways moving forward, we will be looking to bring back the New Japan Pro-Wrestling of pre-COVID times’ 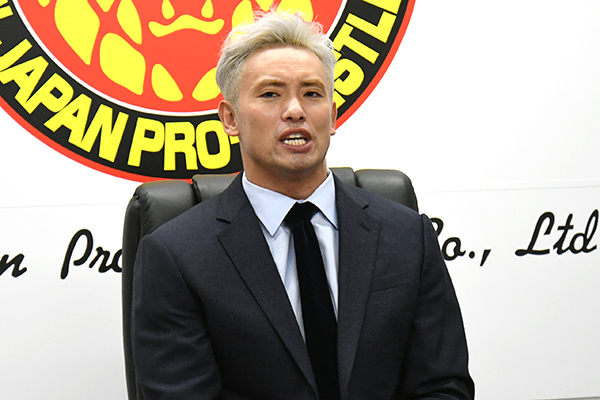 Kazuchika Okada then addressed the global audience with his freshly earned G1 trophy.

Well, I was able to win G1 Climax 31. I want to take the time to thank the fans for all their support. Now it’s behind us, looking back on the last month, I think it was definitely a fulfilling experience. The final, obviously Kota Ibushi had his injury, but I want to view things in a positive light. Obviously I’m sure that Ibushi has taken it hard, but to view it positively, it was something that will absolutely go down in history. I know that history gets decided by the victors, but if I say so myself, it was a great G1 Climax.

–Last night you talked about wanting the fourth generation IWGP Heavyweight Championship belt. Can you go into any more depth on those comments?

Okada: Well, I won the G1, and I want to face Ibushi again, but I feel there should be something concrete to represent that. I’m not a champion, and I don’t have anything to put up. The IWGP Heavyweight Championship that Ibushi retired though… I’m not saying that people should call me the ‘X-ieth Heavyweight Champion’ or anything, but I want to hold that belt, until Ibushi gets back.

Usually (the G1 winner) gets a contract and defends that. But maybe I can- in fact, since the chairman is here today, I’m asking- to have the fourth IWGP Heavyweight belt in place of a contract. Is that OK, chairman? 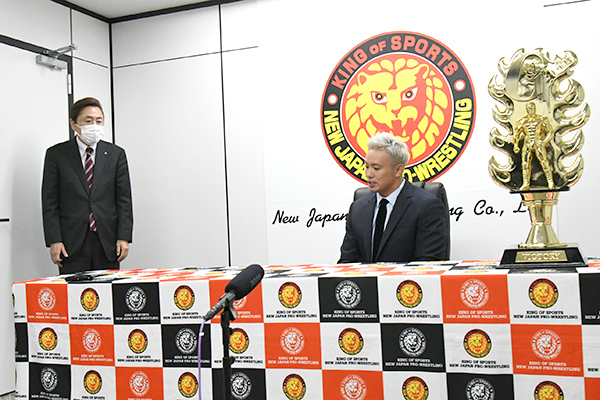 Okada: There’s usually a briefcase with a contract inside. But after the way things ended yesterday, I want to face Ibushi again. And since Ibushi retired that title, I want it as proof of my promise to him. To have a title belt instead of a contract.

Sugabayashi: In place of a contract?

Okada: Understood.  Well, if it were to be a contract, last night Tama Tonga came to me after the match, and I have no qualms with putting it on the line against him. But I want to fire up New Japan in my own way. Not as the IWGP World Heavyweight Champion, but as the G1 Champion.

–So to clarify, you would like to forego the current system of holding a right to challenge contract and instead carry the fourth championship belt, assuming the same level of stakes and risks that the IWGP World Heavyweight Champion has.

Okada: That’s right. Until I get to face Ibushi again, and I don’t know where or when that will be, but if I have this belt, I plan to keep it until then.