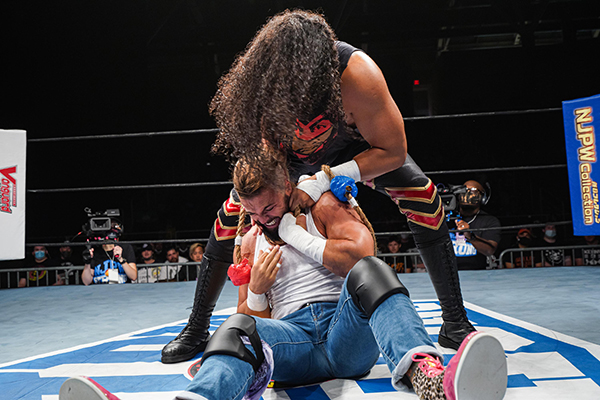 Hikuleo and Juice Robinson’s weeks long feud came to a head this week on NJPW STRONG, as the two locked horns in a Texas Bullrope match in the main event.

The rules of the bout stated that both men needed to be connected via the bullrope, but Hikuleo did not allow Juice to be tied, instead getting the jump on his opposition and taking control. Juice would battle back with weaponry, but found himself manhandled and dragged throughout the arena. 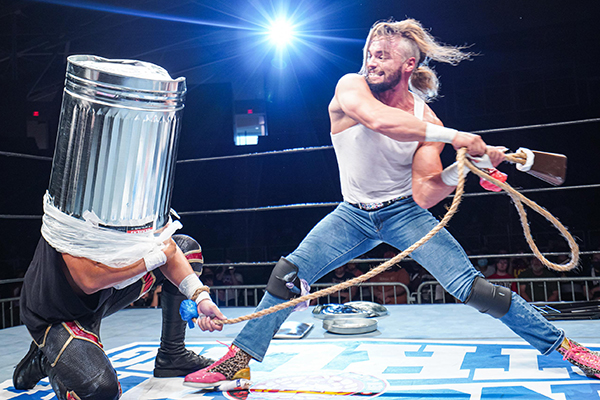 Juice was able to fight back, diving at Hikuleo over the guardrails. Robinson would find additional hardware backstage and dealt some huge shots, with a senton crushing Hikuleo under steel sheets. Robinson would ultimately choke the BULLET CLUB Young Gun out with the rope, drawing a referee stoppage and finally giving Juice a clear and definitive victory over the big man. 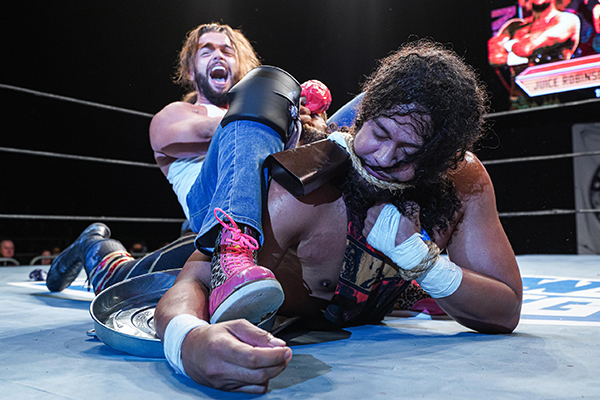 After TJP made a shocking defection from mentoring the LA Dojo to joining the United Empire last week, Will Ospreay and TJP teamed for the first time this week, quickly facing a fast charging and hot headed Karl Fredericks, who dove over the top with a tope to get the match started. As the match settled in ring, Clark Connors was in the wrong corner until a massive pounce brought the Alpha Wolf in. 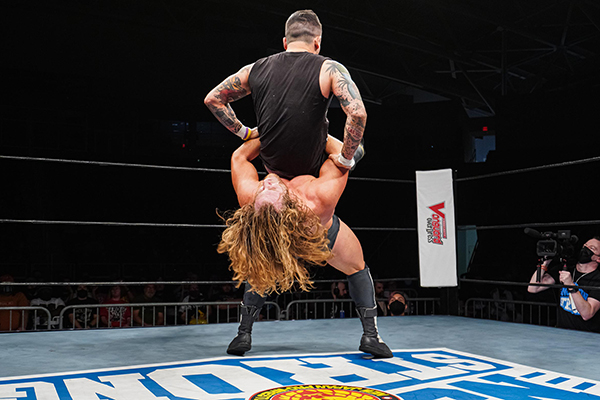 Fredericks would drill Ospreay with a spinebuster as he picked up where he left off in last week’s main event. Connors suplexed former partner TJP meanwhile, and struck with a spear; though the United Empire members showed their teamwork, it wasn’t a patch on the LA Dojo combination, who struck with a series of moves ending with a Connors Dragon Elbow. Connors closed in on victory before Ospreay removed the turnbuckle pad in a flash, allowing TJP to shove the Wild Rhino into the steel and pick up a schoolboy win. 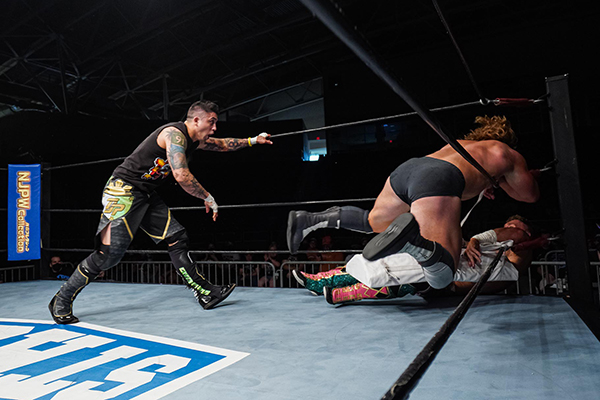 Chris Dickinson and Robbie Eagles would team against Chris Bey and El Phantasmo for BULLET CLUB in the second match of the night. Dickinson and Eagles looked like they’d been teaming for years as the powerful base of Dickinson served up some spectacular moves from Eagles. The ‘Bey-F-F’s would take over with typical arrogant and effective offense, but in the end, a springboard dro0pkick to the knee from Eagles would open the door for a Turbo Backpack on Bey. Dickinson would stop ELP from hitting Sudden Death, and a 450 to the knee of Bey led to the Ron Miller Special. 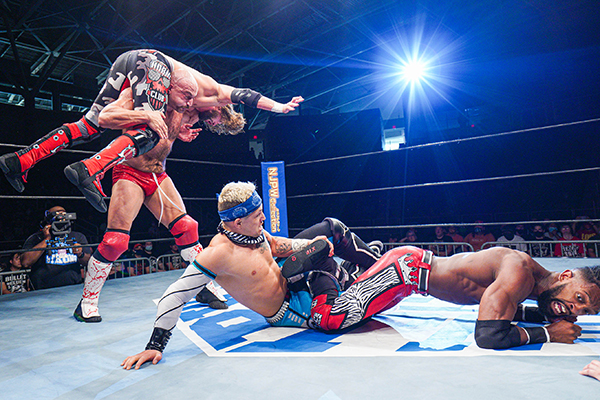 Ten man action started the evening, as Ryusuke Taguchi joined the LA Dojo side of Ryusuke Taguchi, Kevin Knight, The DKC and Ren Narita to take on Fred Yehi, Wheeler Yuta, David Finlay and the debuting Will Allday and Brogan Finlay. The two debutants showed their skills, and Coughlin’s strength and Kevin Knights power and leaping ability were prominent, but ultimately it would be Narita submitting the younger Finlay with a Boston Crab to end his debut. 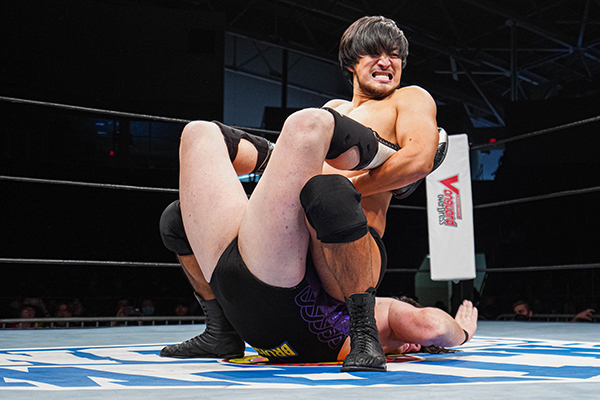