Three Big Matches Added to Battle in the Valley! 【NJoA】

Ren Narita to face Will Ospreay in San Jose

With huge names like Kazuchika Okada and the debuting Buddy Matthews announced, as well as the official announcement of Jay White versus Tomohiro Ishii for the NEVER Openweight Championship, the card for Battle in the Valley is heating up. Three more matches have now been added to an increasingly stacked lineup!

Battle in the Valley LIVE in English on FITE! 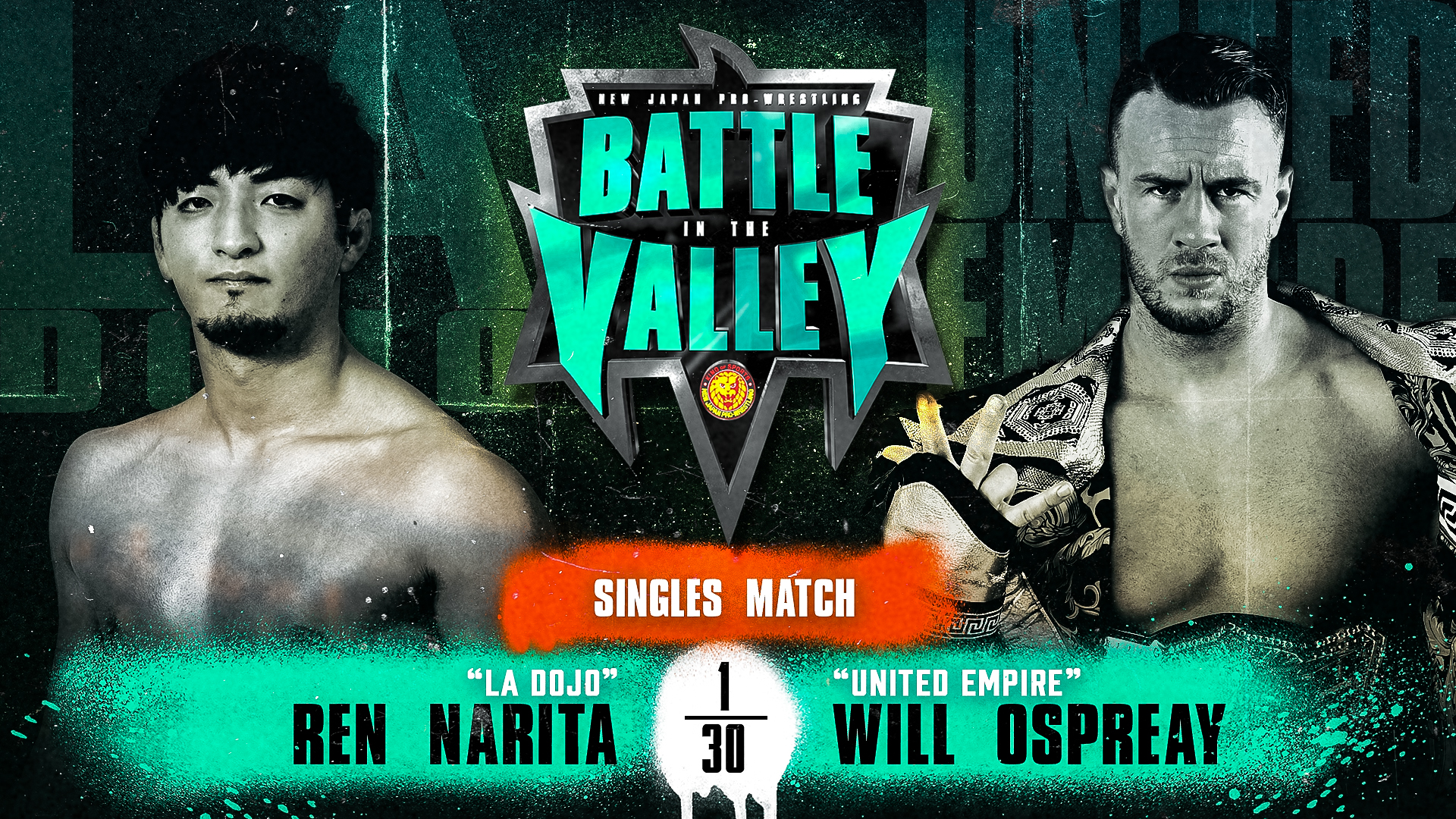 Since Will Ospreay returned to New Japan rings at Resurgence on August 14, he has consistently derided the LA Dojo. Stating that under Katsuyori Shibata, the ‘killer instinct’ of its young products is nowhere near what it’s purported to be, Ospreay baited Karl Fredericks into a hard hitting battle during Autumn Attack, before revealing TJP as the United Empire’s newest member. The Dojo members have been waging war with the United Empire since, with Ren Narita heading up the pack and facing the Commonwealth Kingpin in San Jose. With a thrilling challenge to Filthy Tom Lawlor in Texas leaving no doubt as to his own killer instinct, Narita will be bringing an old school brand of fight to the self proclaimed ‘real’ IWGP World Heavyweight Champion on November 13. 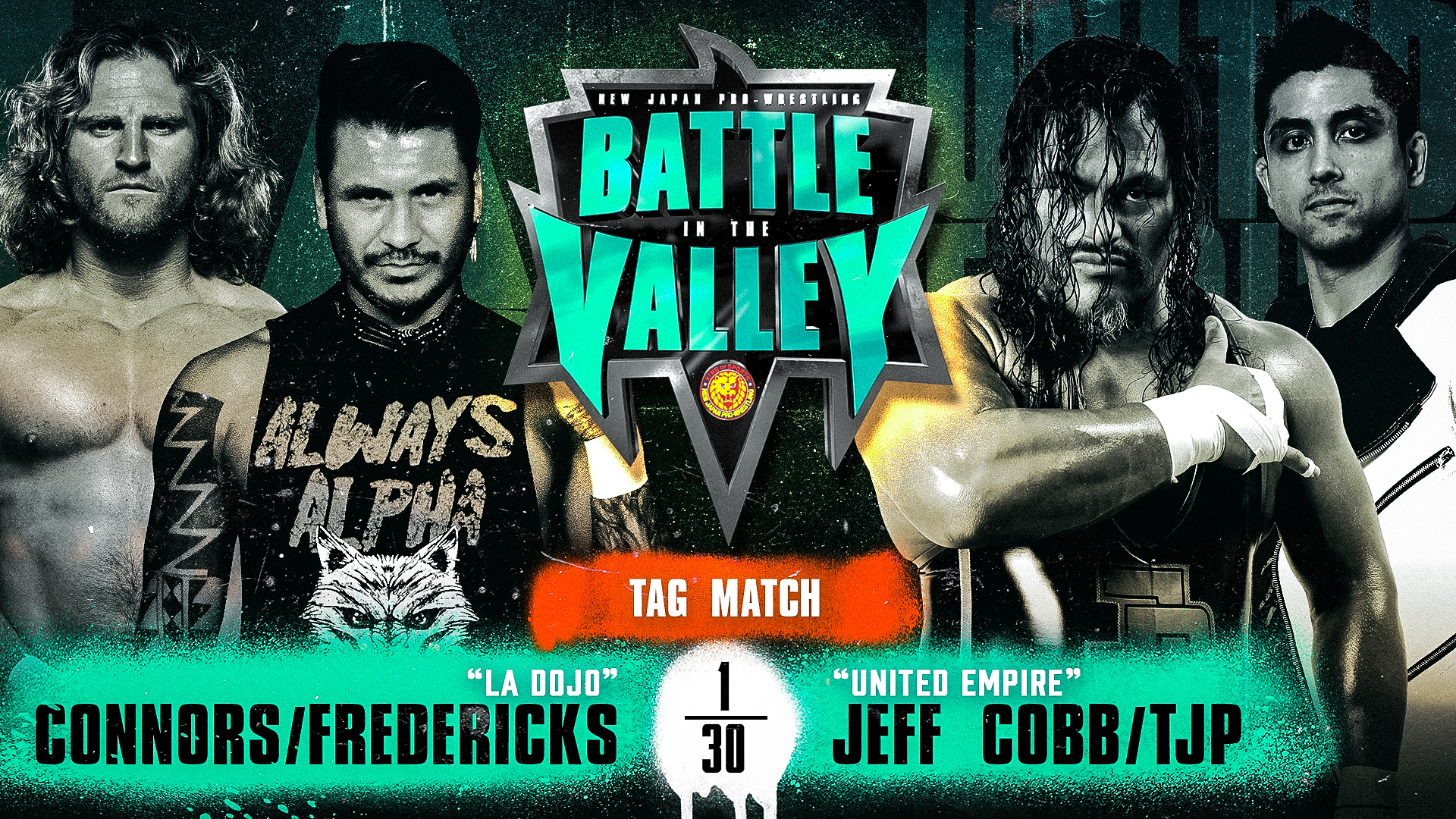 As the LA Dojo continue to war with the United Empire, Clark Connors and Karl Fredericks will team up against TJP and Jeff Cobb. Fresh off the back of an unbelievable 8-1 record during G1 Climax 31, the Imperial Unit will doubtless send massive shockwaves in his first match in an NJPW US ring for almost a year. Connors will be itching to get his hands on a former mentor in TJP meanwhile, while both LA Dojo members will be showing their own power in the face of the imposing Cobb. 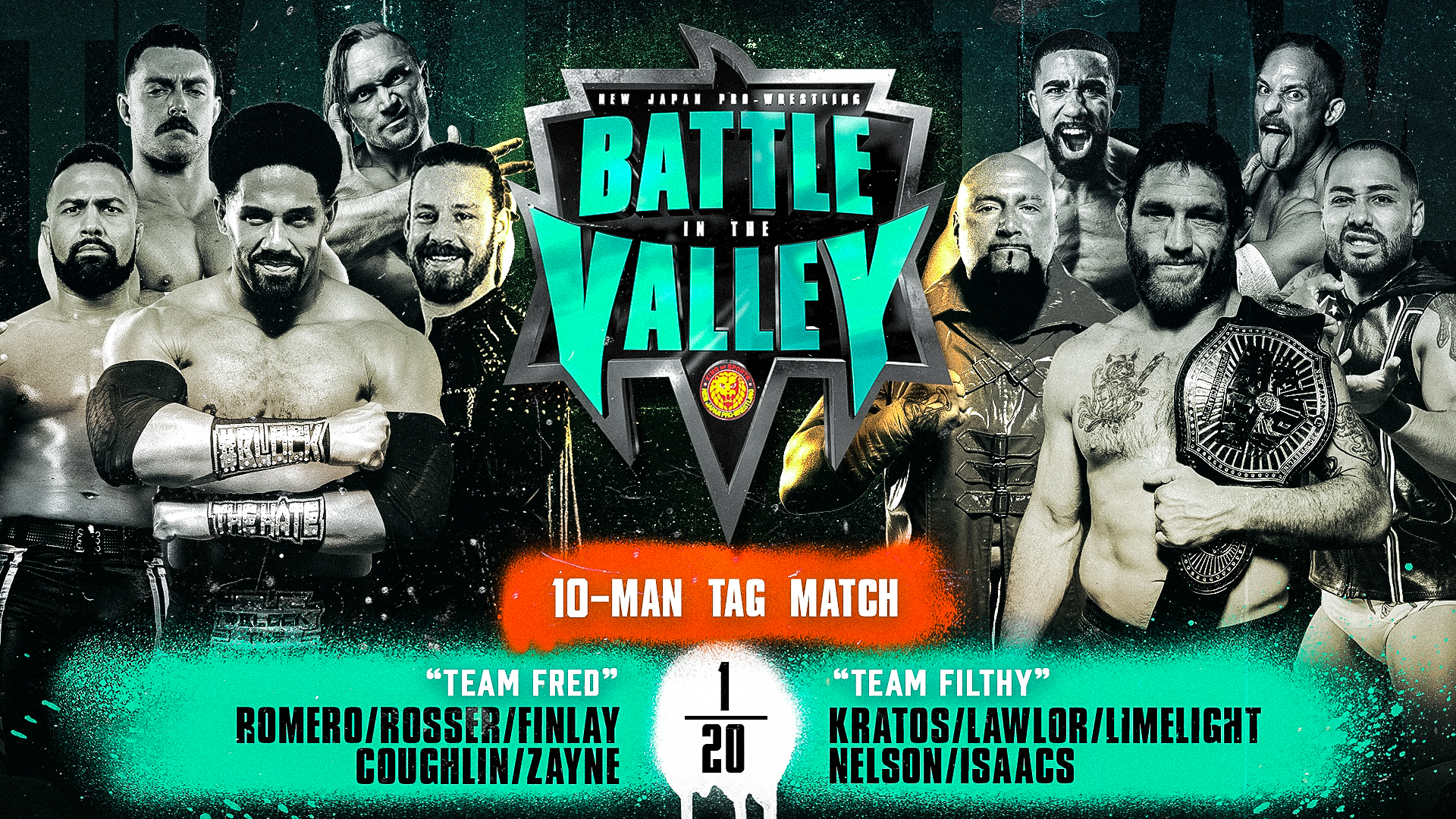 A ten man tag match will see Fred Rosser lead an all star team of David Finlay, Rocky Romero, Alex Zayne and Alex Coughlin against a unified Team Filthy. Rosser has made it his life’s mission to get a rematch against Tom Lawlor after taking STRONG match of the year plaudits in 2020. Can he cement his case against the champ here tonight in San Jose?