More Matches set for Battle in the Valley 【NJoA】

Watch LIVE in English on FITE! 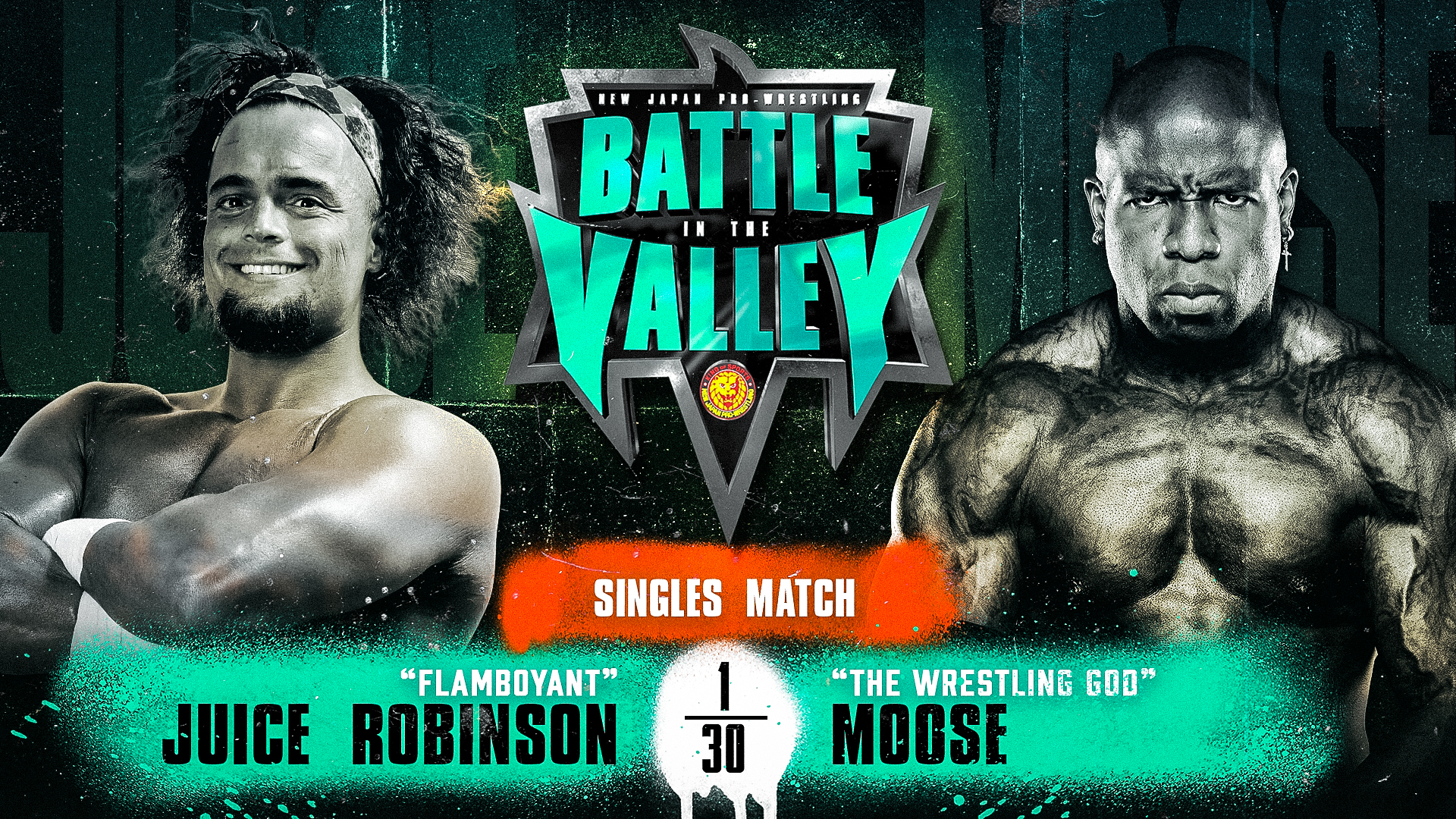 Juice Robinson will face IMPACT’s World Heavyweight Champion Moose. In comments released from Robinson’s time in Philadelphia for New Japan Showdown, Juice verbally slammed the current IMPACT Champ, before declaring ‘Juice vs Moose! It rhymes! Make it happen!’ IMPACT Wrestling has indeed agreed to allow the bout to take place, as the Flamboyant One looks to boost his presence with a win over the promotion’s top dog. 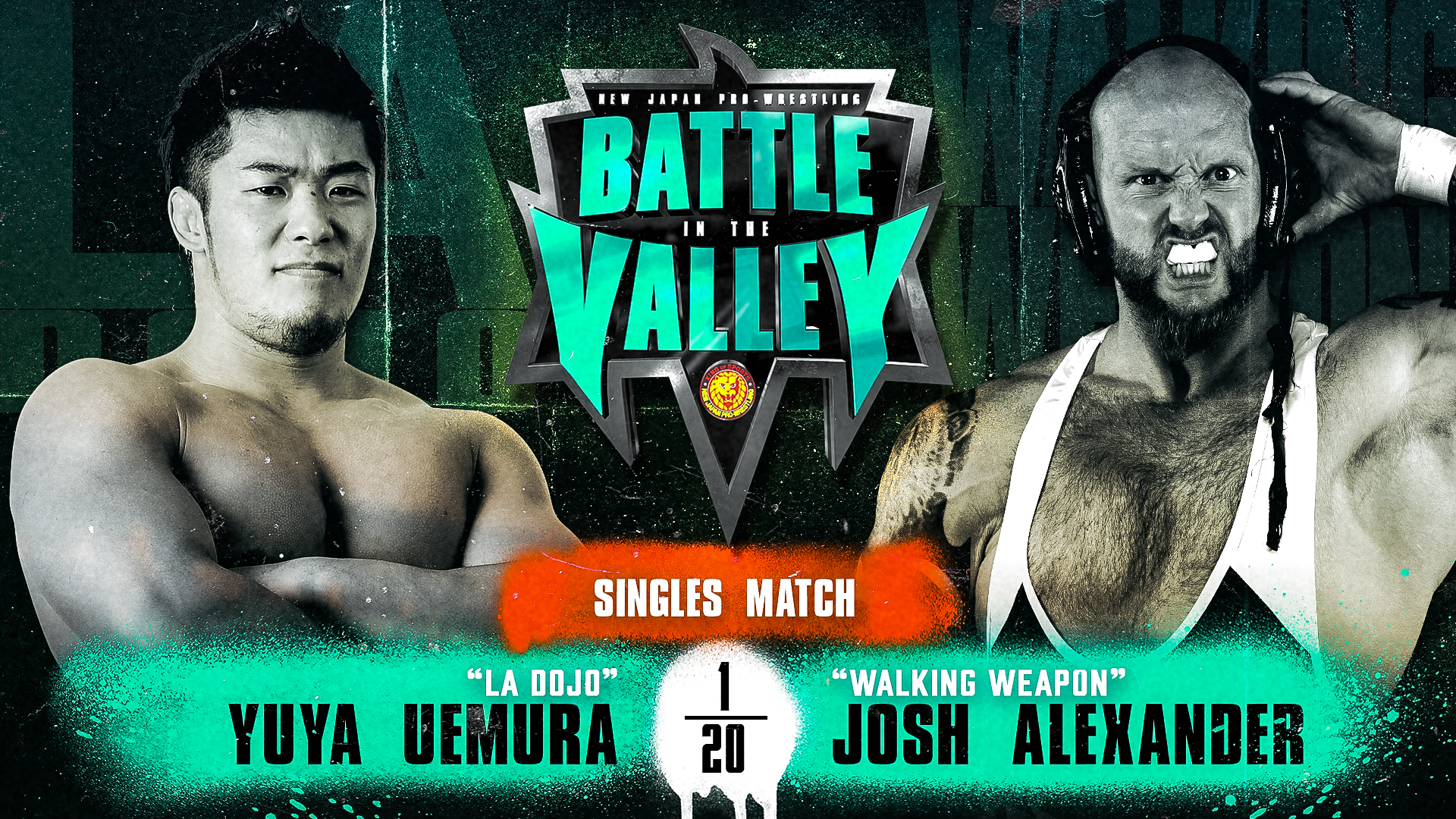 Moose became champion in controversial circumstances at IMPACT’s Bound For Glory event when he used his ‘Call Your Shot’ trophy to defeat Josh Alexander, mere moments after Josh beat Christian to lift the World title. At Battle in the Valley, while Moose takes on Robinson, the Walking Weapon will also be in action against Yuya Uemura. Uemura’s ongoing excursion in the LA Dojo has seen him record impressive results thus far, but Alexander represents by far his biggest test yet.

Also confirmed for Battle in the Valley, Violence Unlimited, Brody King and Chris Dickinson will do battle with the Stray Dog Army’s Bateman and Misterioso. Bateman and Brody have a long past together, but when Bateman took his own twisted path through NJPW STRONG, former friends became rivals. This tag team battle could set the scene for the months to come on STRONG Saturday nights, as two factions’ visions collide.

With Ren Narita vs Will Ospreay, Jeff Cobb and TJP vs Clark Connors and Karl Fredericks, Jay White vs Tomohiro Ishii and Team Rosser vs Team Filthy already annoucned, as well as Buddy Matthews’ NJPW debut and Kazuchika Okada in action, Battle in the Valley is shaping up to be an unmissable card!