Long Way From Home, Near to the Gold: Zack Sabre Jr. Interviewed 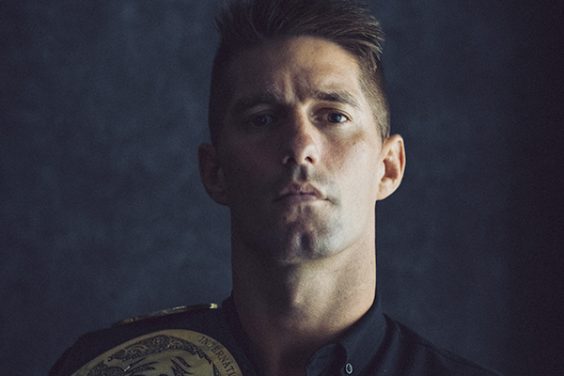 Saturday in Osaka, Zack Sabre Jr. heads to the main event, with Shingo takagi and the IWGP World heavyweight Championship in his sights. Hours before Power Struggle kicked off, we caught up with ZSJ to get his thoughts.

Watch Power Struggle LIVE or with English on demand on NJPW World!

This is the most confident I’ve ever felt 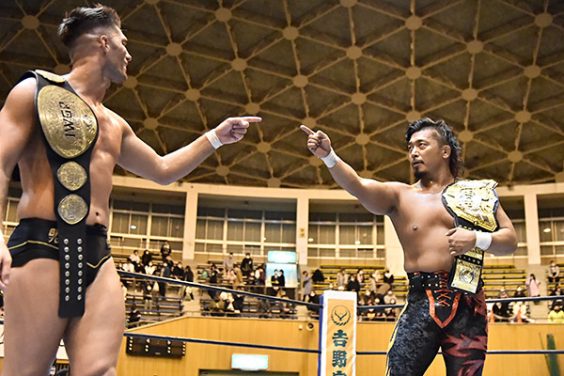 –So Zack, you’re heading into the Power Struggle main event Saturday against Shingo Takagi for the IWGP World Heavyweight Championship.

ZSJ: I always think it’s foolish to guarantee anything in pro-wrestling, but this is the most confident I’ve ever felt heading into a big title match, and it goes without saying that this is the biggest match of my career; certainly the most significant when it comes to what’s at stake.

–The last time you challenged for the IWGP Heavyweight Championship was Sakura Genesis 2018. What do you think has changed in you as a challenger over the last three and a half years?

ZSJ: Three years is a long time in this business, but unlike other sports I think that works in your favour.

–You have three years more experience.

ZSJ: Experience is everything in pro-wrestling, and even though I’ve not been challenging for the top title, I’ve been wrestling for the tag titles for a good chunk of the last two years. That’s meant a lot of main event pressure and big matches. I think that all works as a positive.

–At Sakura Genesis in 2018, Kazuchika Okada was in the middle of a legendary run that made him synonymous with the IWGP title. Shingo Takagi is currently trying to establish the IWGP World Heavyweight Championship, a new title; how do you view the two as champions?

ZSJ: It’s a completely different context really. I’m not looking backwards when it comes to the title, I’m looking forward. The only thing I care about is that it’s the top title in New Japan, and Shingo Takagi has it. Everything else is irrelevant. 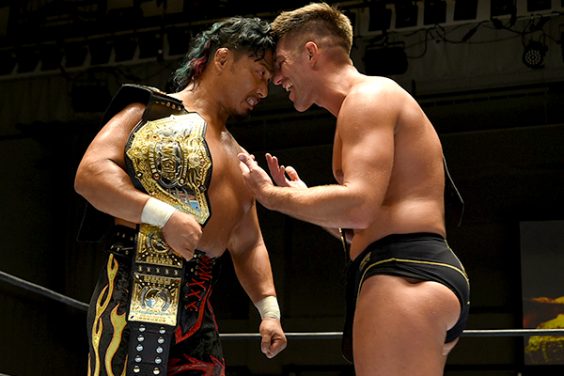 –How do you view Shingo Takagi’s rise to the title?

ZSJ: It’s always interesting when someone outside the New Japan system makes it to the top. Shingo is uniquely interesting in his path. He brings, not an indie spirit, but an outsider one and a chip on his shoulder that I like.

–When you challenged Okada in 2018, it was after a streak of submission wins in the New Japan Cup over Tetsuya Naito, Kota Ibushi, SANADA and Hiroshi Tanahashi. Your G1 was eerily similar this year, when you submitted Naito, Ibushi, Takagi and then Great-O-Khan.

ZSJ: Obviously with the G1 you take every match at a time, but I felt like I was, and I am a superior wrestler to the one that won the New Japan Cup. I understand the parallels, but just look at Naito; I beat him in the New Japan Cup, but this year I sent him to the hospital. So that shows how I’ve progressed.

–In the end, the G1 didn’t pan out the way you had expected. 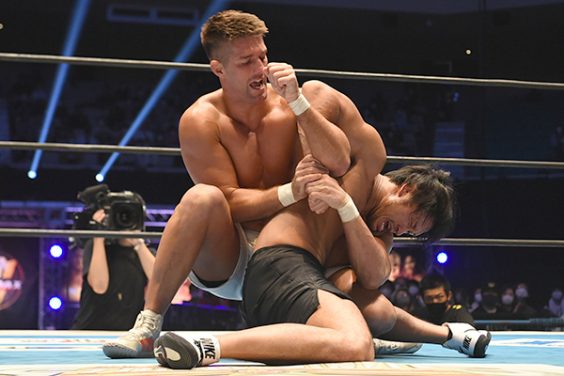 –The final night saw you have that grappling exhibition with Katsuyori Shibata. It was a surprise, not just to the fans, but most of the staff in the building as well. When did that match come together for you?

ZSJ: My sights were set on the final until Yokohama, obviously. When it was clear I was out of the tournament, and this opportunity presented itself, well you saw what happened.

–Why did you take the match? How did that opportunity present itself?

ZSJ: Everyone knows just how serious his injury was in 2017 and his retirement. But when I saw him make that appearance in the Budokan in 2019…

–When KENTA defected to BULLET CLUB, Shibata confronted him in the ring.

ZSJ: And he looked like he was in the best shape of his career. Plus I’d heard these rumours that he was a very hands on coach in the LA Dojo, I knew he was in the ring with them, practicing. So he was on my mind.

–And what was it like to lock up with him again?

ZSJ: It was like picking up where we left off. I wrestled him in March 2017 over the British heavyweight Championship… 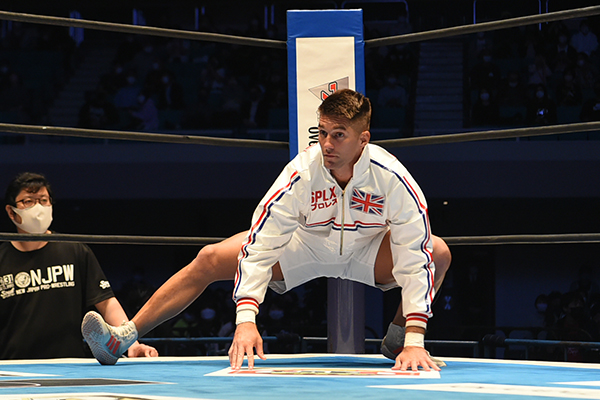 –That was your introduction to New Japan. You wore the same jersey to the ring that night at the Anniversary Event that you did at the G1 final.

ZSJ: It was lucky I still had it, heh. But he got injured right afterward, and I felt we never got the chance to really compete in NJPW, and I knew if we did they would be strong matches that brought the best out of me.

–After the exhibition, the two of you shook hands. Have you spoken since?

ZSJ: No. It was a rare sign of sportsmanship from me, and I think that was enough. You won’t see that often from me.

–What went through your mind when you shook his hand?

ZSJ: He almost died for professional wrestling. Seriously. It’s hard to not accept that handshake as much as my usual instincts would be to decline. You know, I bought a special Japanese edition of Monopoly just in case the next time we compete can’t be in a wrestling match, but I think he’ll be putting his ring gear on again, and I’m waiting for it.

We’d both debuted in 2004, but Shingo wrestled like he was a 20 year veteran 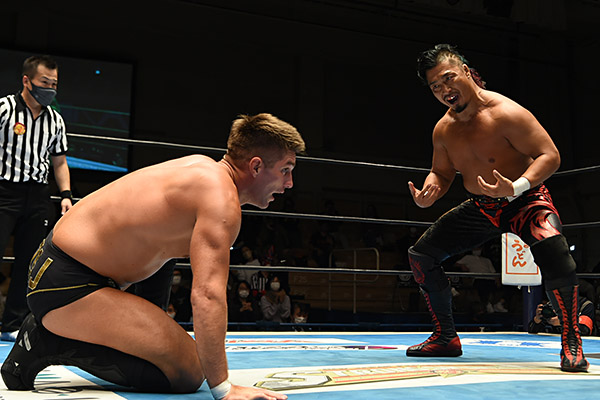 –Let’s loop back to Shingo. Your history goes back to 2009 in Germany, and even though you haven’t faced one another often, he seems to have a special place in your mind as an opponent.

ZSJ: That entire tournament had a very profound effect on my career.

ZSJ: It was just as I was starting to travel around more facing more big names and breaking out of the UK scene. I was just getting a bit more of a buzz…

–And there were big names in that tournament. Bryan Danielson, obviously, Tyler Black, who WWE fans know as Seth Rollins now…

ZSJ: I’d pinned Danielson to make it to that match against Shingo, and then I was choked out by him so quickly. It was definitely a humbling experience.

–What were your thoughts on him as a wrestler back then?

ZSJ: We’d both debuted in 2004, but he was carrying himself like he was a 20 year veteran. He was so mature, so level headed under pressure. That really stuck with me the whole time.

–So he was always on your radar.

ZSJ: He was very visible, obviously, in Dragon Gate, DG:USA and Ring of Honor. So he was hard to forget. When he came into New Japan I thought I had a chance to avenge the loss, and prove to myself how far I had grown.

–So you felt it was inevitable when he joined LIJ that you would meet at some point?

ZSJ: It was inevitable that he was going to be a heavyweight, even though he came in as a junior; I mean, if I’m a heavyweight then, (laughs). It took three years, but then when we did meet, he was champion and it was the G1 in the same block, so it was perfect timing. Winning the G1 would have been the most romantic way to head to this title match, but a title shot is a title shot and I’m glad to have it and make the most of it.

Is he going to fall out of his comfort zone just to prove a point? 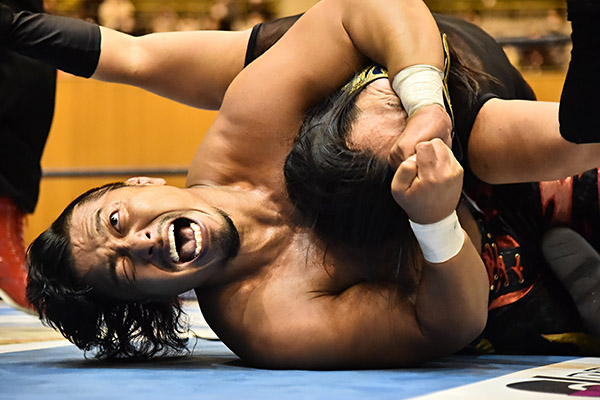 –During the Road to live event series, Shingo has promised to submit you in Osaka. He’s started using an STF he calls the Shingo Takagi Facelock…

ZSJ: Oh yeah, very pleased with himself. He was able to use that on DOUKI, and I wasn’t able to break it up. He had the biggest smile on his face, like Christmas had come early when he revealed it was called the Shingo Takagi Facelock.

–But do you think that he poses a threat with his submissions?

ZSJ: I dismissed him as a power fighter after one of the Korakuen matches. But I’m not so arrogant to truly believe that. You don’t reach the top in NJPW if you aren’t versatile. I said it because I wanted to see his reaction.

ZSJ: He was very sensitive to it, which was quite interesting. I know how talented he is. But it isn’t about skills, it’s about what you really excel at. Is he going to stick to the approach that got him where he is, or is he going to fall out of his comfort zone just to prove a point?

Win the world title, go to World Tag League, win that and then Taichi and me can call our own shots 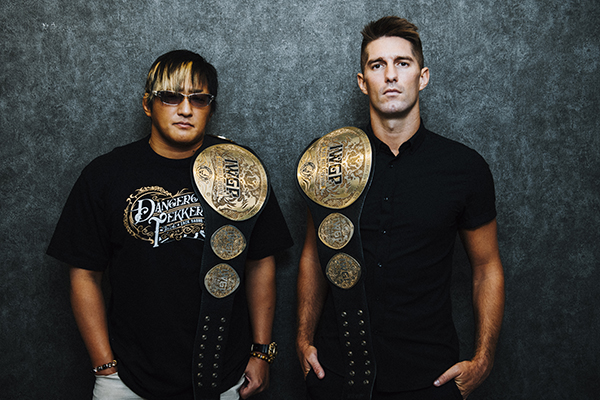 –Shingo Takagi is the IWGP World Heavyweight Champion, but Will Ospreay currently holds a belt he’s calling the ‘real’ title in the US, while Okada has brought back the V4 IWGP belt as a token of his G1 victory. How do you feel about all the titles in NJPW right now?

ZSJ: It’s ridiculous, all these kids with their toys. At this rate, Tanahashi could show up with the old U-30 belt, call it the ‘Over 40’s’ belt. Why not bring them all back? But whether it’s a new title, or whether the fans like it or not, the IWGP World Heavyweight title is the top title in New Japan, Shingo is its rightful holder. So he’s who I’m aiming at.

Will Ospreay, he didn’t lose the championship, so he has every right to challenge for the title in the future. Whether he wants to run around in America with a stupid toy, that’s up to him. Okada, if he beats Tama Tonga then he’s the G1 so he has the right to challenge. Luckily Wrestle Kingdom is three nights this year…

–January 4 & 5 in Tokyo Dome and January 8 in Yokohama Arena.

ZSJ: So we’ll have time to make things clear. You have to look ahead as champion. You have to map things out and think about what you’ll have to deal with, but for right now, I’m just focused on Shingo.

–Should you win Saturday, you’ll be a double champion. How do the IWGP Tag Team Championships factor into that plan?

ZSJ: In my opinion, at the peak of Japanese wrestling in the 1990s, both New and All Japan had wrestlers going back and forth. Misawa and Kawada or whomever would always be in Real World Tag League no matter who was Triple Crown Champion. I think the IWGP Champion should be in World Tag League every year. Me and Taichi have elevated the tag titles because we believe they should be equal to the singles. Plus my style means I’m in top condition all the time. I thrive under pressure, and I thrive when I’m busy. Only Tatsumi Fujinami, Kensuke Sasaki Riki Choshu and Shinya Hashimoto have been double champions before, and no double champions in 24 years, so I think it’s about time to change that.

–So no problems going from Power Struggle to the World Tag League?

ZSJ: No, I think it’s ideal. Win the world title, go into tag league, ideally win that and then me and Taichi can call our own shots. I’ll wrestle Okada or Tama Tonga, whoever wins one night in the Dome, and then Taichi seems to want Kawada and Taue, that’s a Tokyo Dome worthy match, right? It sounds perfect to me. 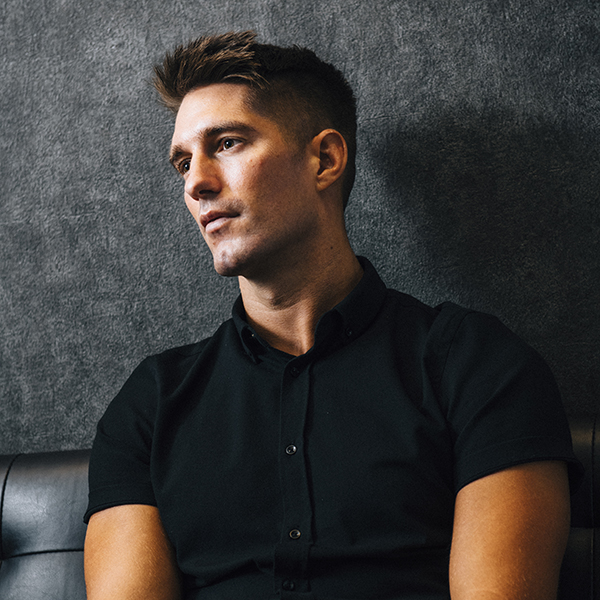