Okada set to hit the San Jose Civic on November 13 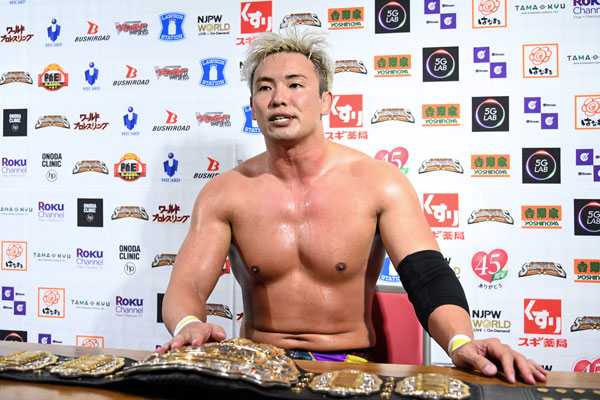 Watch live in English on FITE!

Kazuchika Okada was a busy man at Power Struggle, as he defeated Tama Tonga to defend his right to challenge the IWGP World Heavyweight Champion at Wrestle Kingdom 16, and ended the night with the main event on January 4 seemingly set against Shingo Takagi. Before that though, Okada had more comments backstage relating to Battle in the valley on November 13:

‘Next, I’ll be heading to the USA for a little bit. I’ll be leaving the fans here for a little while. The plan is to fire up the ring in America, so next stop: San Jose. Hey Buddy Matthews! I’ll see you in San Jose- bring it on, bastard.’