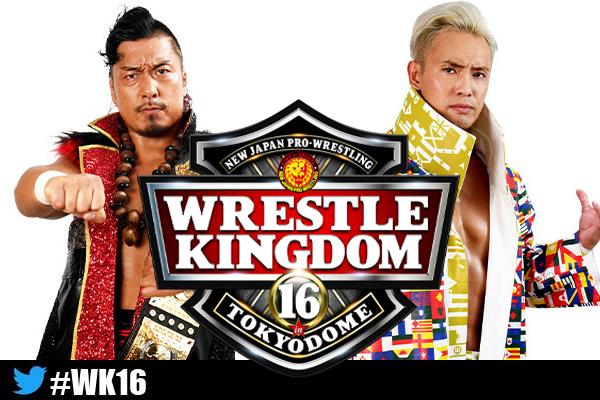 Wrestle Kingdom 16 has its first of three main events official, as Kazuchika Okada will challenge IWGP World Heavyweight Champion Shingo Takagi on night one in the Tokyo Dome, January 4 2022.

Okada and Takagi have faced off twice in 2021, with Takagi eliminating the Rainmaker in the first round of the New Japan Cup, and pinning Okada again at Dominion to capture the then vacant IWGP World Heavyweight Championship. Since then though, Okada was dominant en route to victory in G1 Climax 31, and declared his achievement during the tournament of tournaments to be even greater than that represented by Takagi’s title.

Indeed Okada resurrected the retired V4 IWGP heavyweight Championship as a symbol of his G1 victory, and has said that this January 4 meeting will be less about him challenging for the world title, but rather a clash of which champion is the stronger. Who holds sway in New Japan Pro-Wrestling? The undisputed event of the year is January 4, 5 and 8 2022 at Wrestle Kingdom 16!