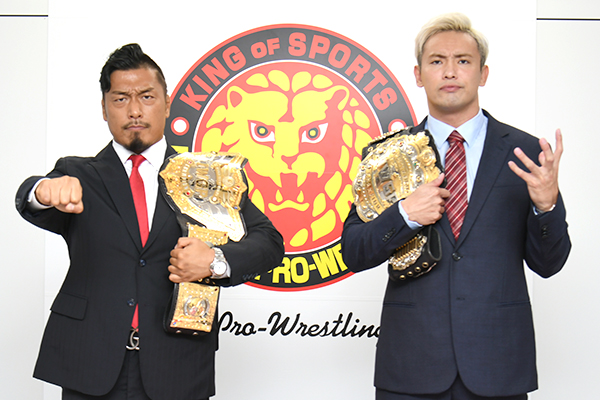 After Kazuchika Okada defeated Tama Tonga at Power Struggle to retain his G1 earned right to challenge the IWGP World Heavyweight Champion at the Tokyo Dome, and Shingo Takagi retained his world title against Zack Sabre Jr., the main event on January 4 2022 at the Tokyo Dome is now set. At a special press conference on Monday November 8, both men exchanged comments. 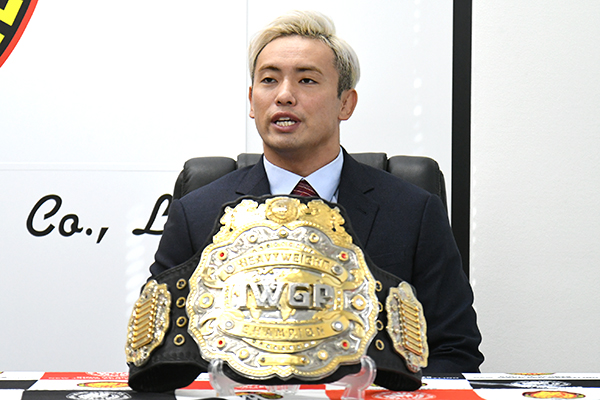 ‘I’m glad to be back in the Tokyo Dome main event. Last time was, what, 2020? Maybe some people might not think that I’ve been away from that scene all that long, but it feels like a long time to me. This time I’ll be in the main event as the G1 winner, and that’s the first time in seven years. The marquee might say I’m a challenger, but I’m heading into this as the G1 winner first and foremost. I am the G1 Champion, and I plan to prove who the stronger champion is.’ 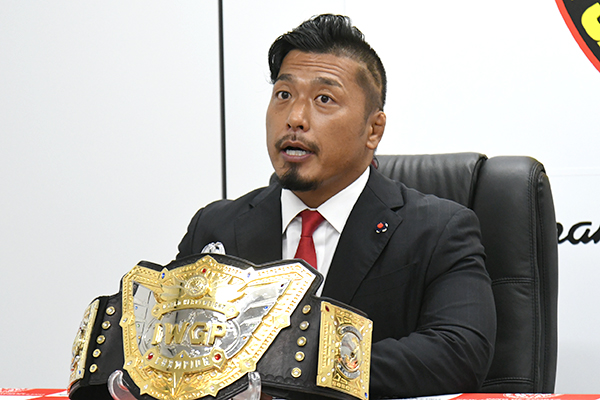 ‘It’s finally set. To my mind, it was on as soon as the main event finished in Osaka, but this right here, now it’s official. January 4, at the Tokyo Dome- no doubt it is the biggest event on the New Japan calendar. I always say I bring the same Shingo Takagi wherever I go and whatever the situation, but this time it’s a little special. The motivation will be even higher, the anticipation will be even higher, and I’ll be in even better shape.

Looking back, January 4 2018, I bought a ticket, on event day, and watched Okada and Naito in the main event. It’s wild, that four years later to the day I’ll be champion in that spot against Okada. Life’s a funny thing. But there is still much, much more I have on my agenda, and this is just the start to my New Year. Now as far as Okada goes? He likes to say that he is the G1 Champion. The G1 Champion. If you’re so proud of winning the G1, then why is he carrying around an IWGP title belt? That’s what I don’t get. If He’s so damn proud of winning the G1, he can carry the trophy, surely? I’ll be honest, that’s on the company.

That belt was retired but now this squeaky wheel gets greased. Pictures of that belt go viral, and now the message is anyone can get whatever the hell they want around here. Well, anyways, I will retain on January 4, and keep this belt, then, and I gave some comments to the press here, to Tokyo Sports this morning, but we’re coming up on the 50th anniversary, right? With the IWGP World Heavyweight Championship at the top, the right thing to do would be to return the belt to the appropriate IWGP advocate, don’t you think?

I won’t say his name here, and he’d probably just say he doesn’t have a clue about it all anyway. But it’s just an idea. That ‘advocate’ said something pretty famous, that if you have the drive, anything is possible, and I think those are pretty accurate words. Nobody has more drive than me, and on January 4 2022, I’ll fire up that ring and keep this title.

Finally, one word for Okada. June, in Osaka, maybe you were still recovering from illness a little. On January 4, make sure you have no excuses. Bring me the absolute best Kazuchika Okada. That’s the guy I want to beat the crap out of.’ 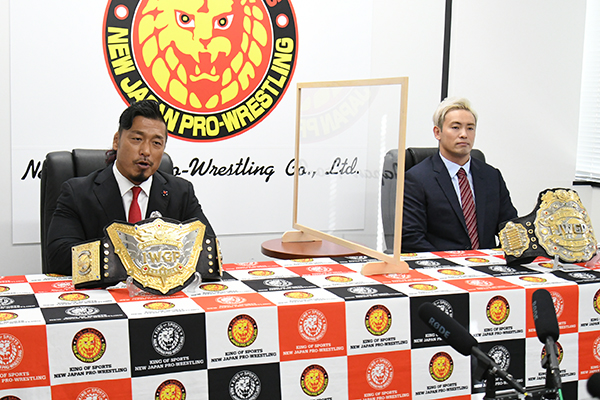 –Takagi, before the start of the G1, you promised to win the G1 as Champion, but instead Okada won. What do you have to say about Okada’s achievement?

Shingo: I was there at ringside for the final. Obviously it ended the way it did with Ibushi’s injury and the stoppage, but from the opening bell those two showed, even as damaged as they were that they could go at the very top level. I’ve never won the G1. Never taken a Rainmaker, which is what got Okada to that position. It really showed what a superstar Okada is.

–Okada, Takagi beat you to lift the world title, and defended against Hiroshi Tanahashi, EVIL and Zack Sabre Jr. What are your thoughts on the status of the IWGP World Heavyweight Championship?

–Takagi commented that there are too many belts floating around and it has created a lot of confusion. Your thoughts?

Okada: Hmm. Well, I’m the G1 Climax Champion. Up to now, the G1 winner gets, what? A contract, a briefcase? A piece of paper saying they can challenge for the title? What does that really say about that month long tournament? I didn’t fight in that tournament because I wanted a contract. I fought in it because it’s a tournament to determine the best wrestler that there is in NJPW. Any other sport, that would be the case, right? A medal, a belt. That’s appropriate. (Takagi) talked about carrying the trophy, yeah maybe. That’s the thing though, I won the G1, so I am a champion, and this belt isn’t being used right now. I’m not calling myself the IWGP Champion, I don’t wear it around my waist. This is my ‘contract’. 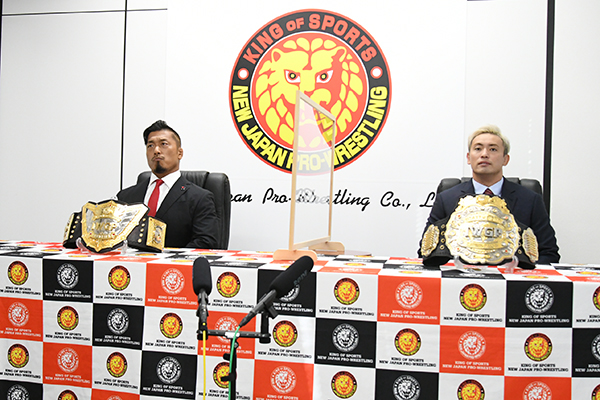 But anyway you look at it, it’ll all become clear, I think. January 4, 2022, the G1 winner is bringing this belt to the Tokyo Dome. There might well be people who don’t like what I did, and wonder why I did it, but if you’re with me, then you’re with me in the Dome.

–You have lost two consecutive matches to Takagi in 2021. Your thoughts on that issue?

Okada: Well, nobody’s perfect. Those losses are in the past now. The Tokyo Dome is where you need to produce on a level beyond any other place at any other time. The one that does will be the one with the IWGP World Heavyweight Championship round their waist. I’m not focused too much on the past.

–To make this clear, Takagi, you feel this match will be for the IWGP World Heavyweight Championship and the V4 should be returned?

Takagi: It was retired, and now it’s here again. So let’s make this clear. This year, it’s been me closing out these big events in the Tokyo Dome, MetLife Dome as well. In a real way, January 4… it’s not just the beginning of the new year, it’s the end of the last one, and I have to prove that everything I achieved in 2021 wasn’t in vain.

–And Okada, if you were to win the main event on January 4, what would you propose happen to the title belts?

Okada: You really want me to say that now? Give that away for nothing right here? What do you think?

Okada: One of the big question marks over January 4, and I can give it away now?

–Maybe we should wait, if you prefer…

Shingo: I said this after the match yesterday. At the end of the day, talk is cheap. The ring is where it all happens. that’s where winners are born. And it’s the winners that write the history books. That’s all.

Okada: I’m about to head to America, and I’ll be taking this belt with me, and firing up the ring there as G1 Champion, before we have a hot main event in the Tokyo Dome.