Massive main event, last action before Battle in the Valley

STRONG this Saturday will see a phenomenal singles main event, as the much anticipated first singles meeting of Chris Dickinson and Minoru Suzuki emanates from Philadelphia. Meanwhile, mere minutes before Battle in the Valley, some matches with San Jose implications as well! 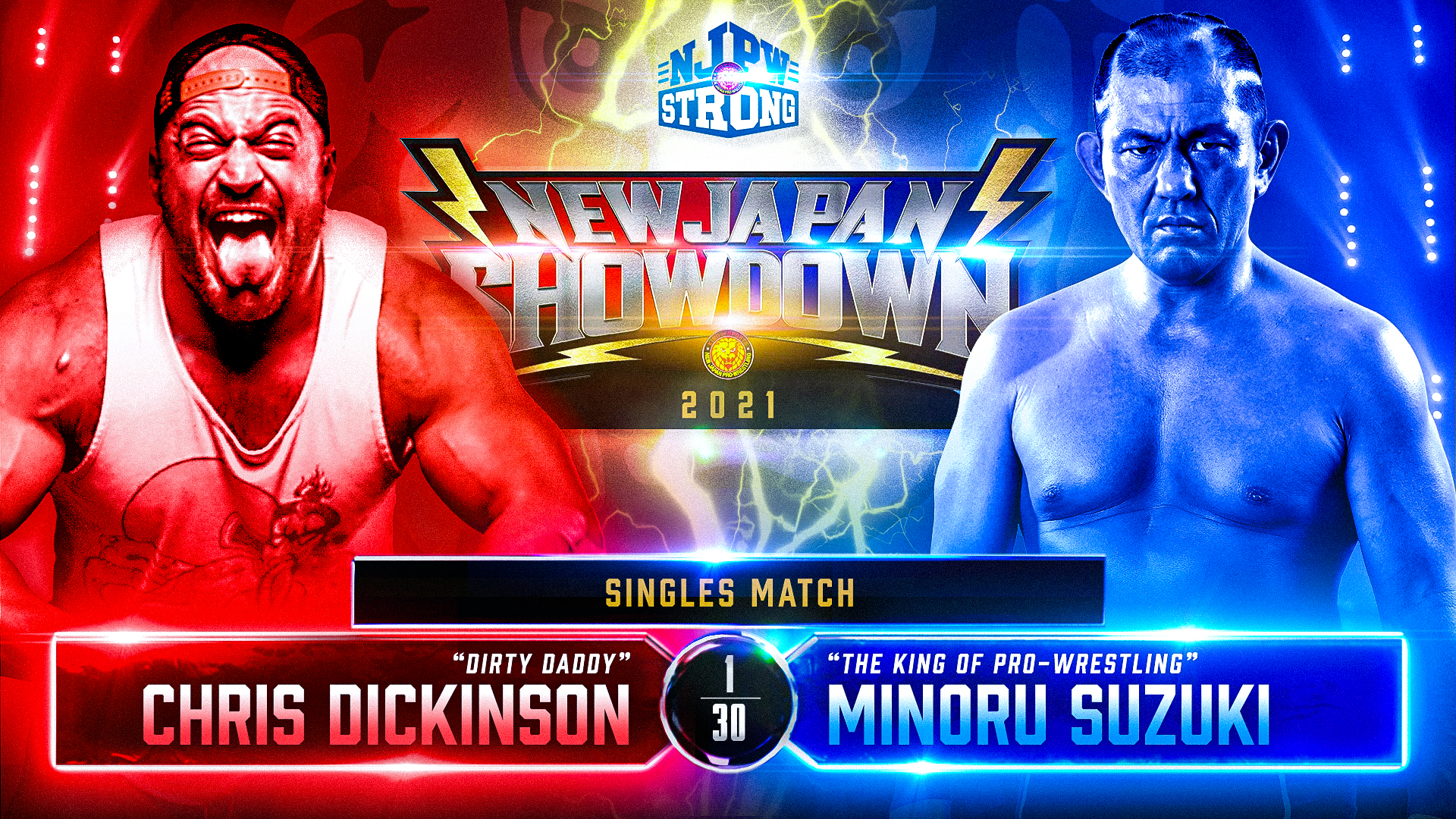 After originally being slated to happen before the COVID pandemic gripped the world, Chris Dickinson and Minoru Suzuki has been a match both fans and the Dirty Daddy have been clamoring for for a year and a half. Nor finally Dickinson and Suzuki will lock horns from the 2300 Arena in Philadelphia this week on STRONG. The striking power and submission mastery of both men will make this a memorable first time ever contest, and with the unique atmosphere that only a Philadelphia crowd can provide, this is a phenomenal main event to get fans ready for Battle in the Valley. 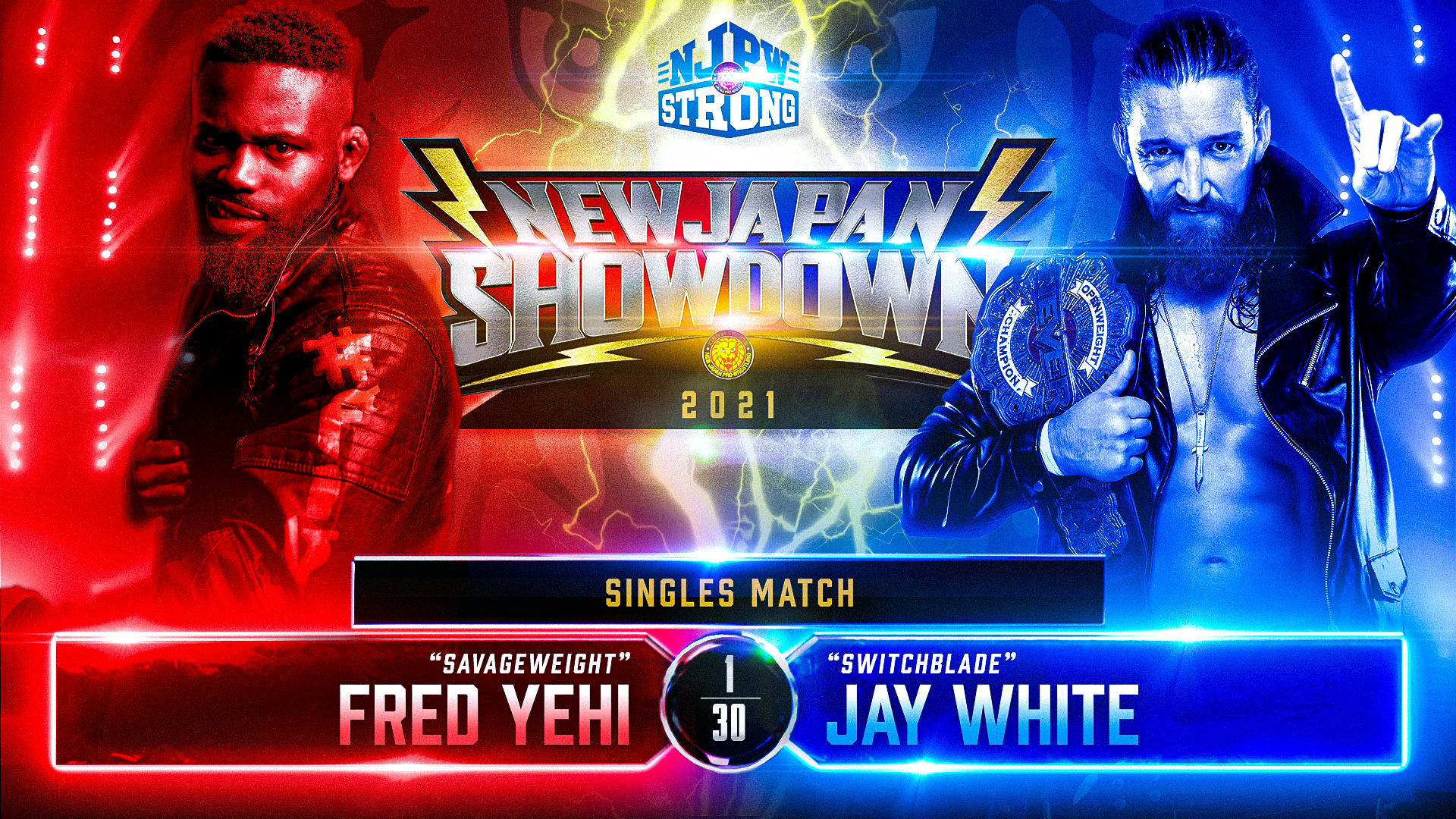 In another phenomenal first time matchup, Savageweight Fred Yehi will face the NEVER Openweight Champion Jay White. White is preparing to face Tomohiro Ishii with that NEVER title on the line at Battle in the Valley, but before that Showdown will see the Switchblade face stiff competition in Philadelphia. Jay White was pushed to the limit earlier in the summer when he faced Yehi’s partner Wheeler Yuta in Long Beach; Yehi easily has the tools to compete with the best, and if he can score a victory over White tonight, he could be paving the way to a NEVER title opportunity down the road, regardless of who holds the belt after Battle in the Valley. 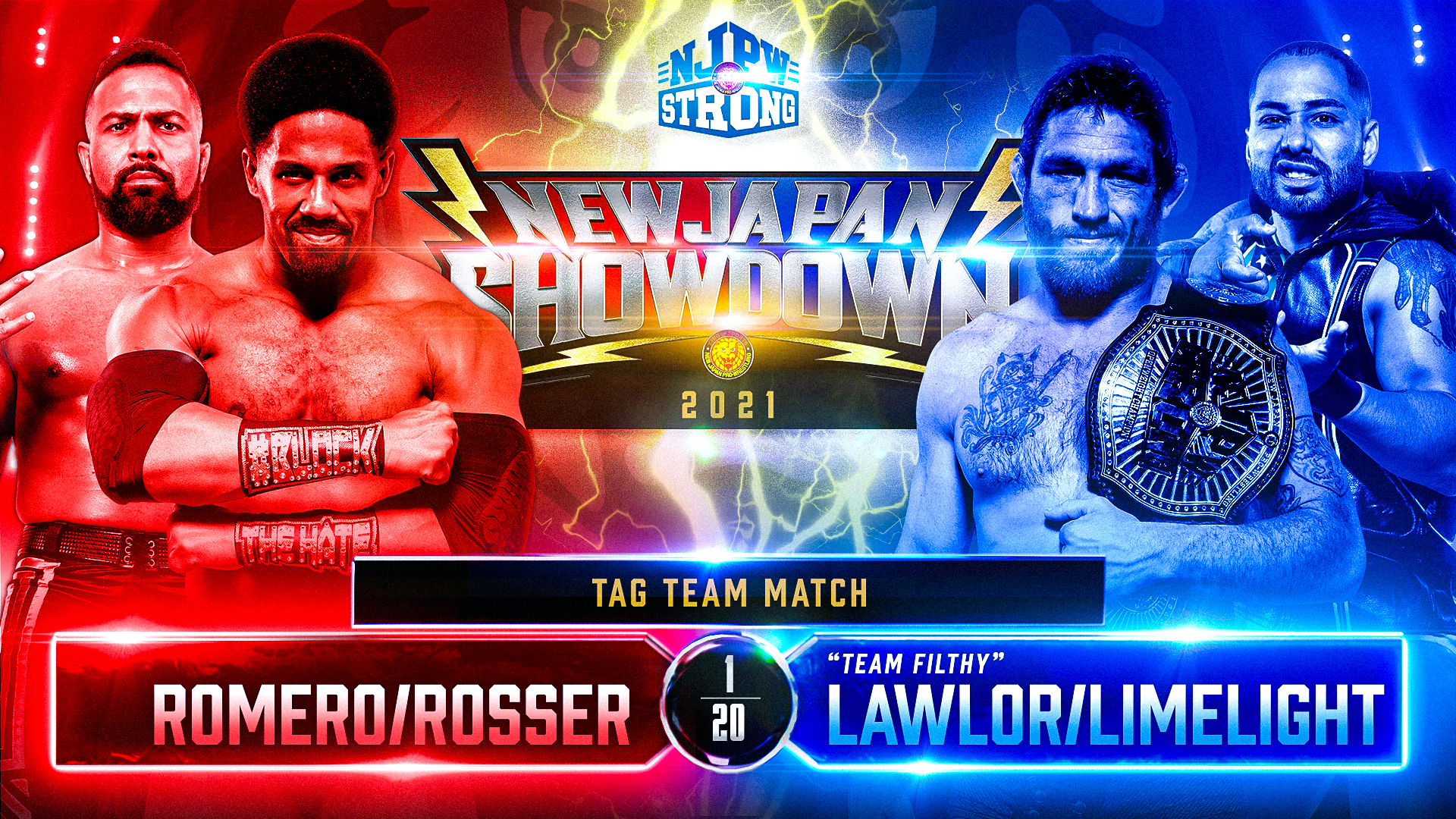 After months of pushing for a STRONG Openweight Championship rematch against Tom Lawlor, Rosser’s title bout is set for Riverside on November 15. Now Mr. No Days Off is set to face Lawlor in a pair of tag previews, with Rocky Romero on STRONG, and in ten man action at battle in the Valley live. Rosser will be looking to make an impact in Philadelphia, but can he get anything past the still unpinned and unsubmitted Lawlor? 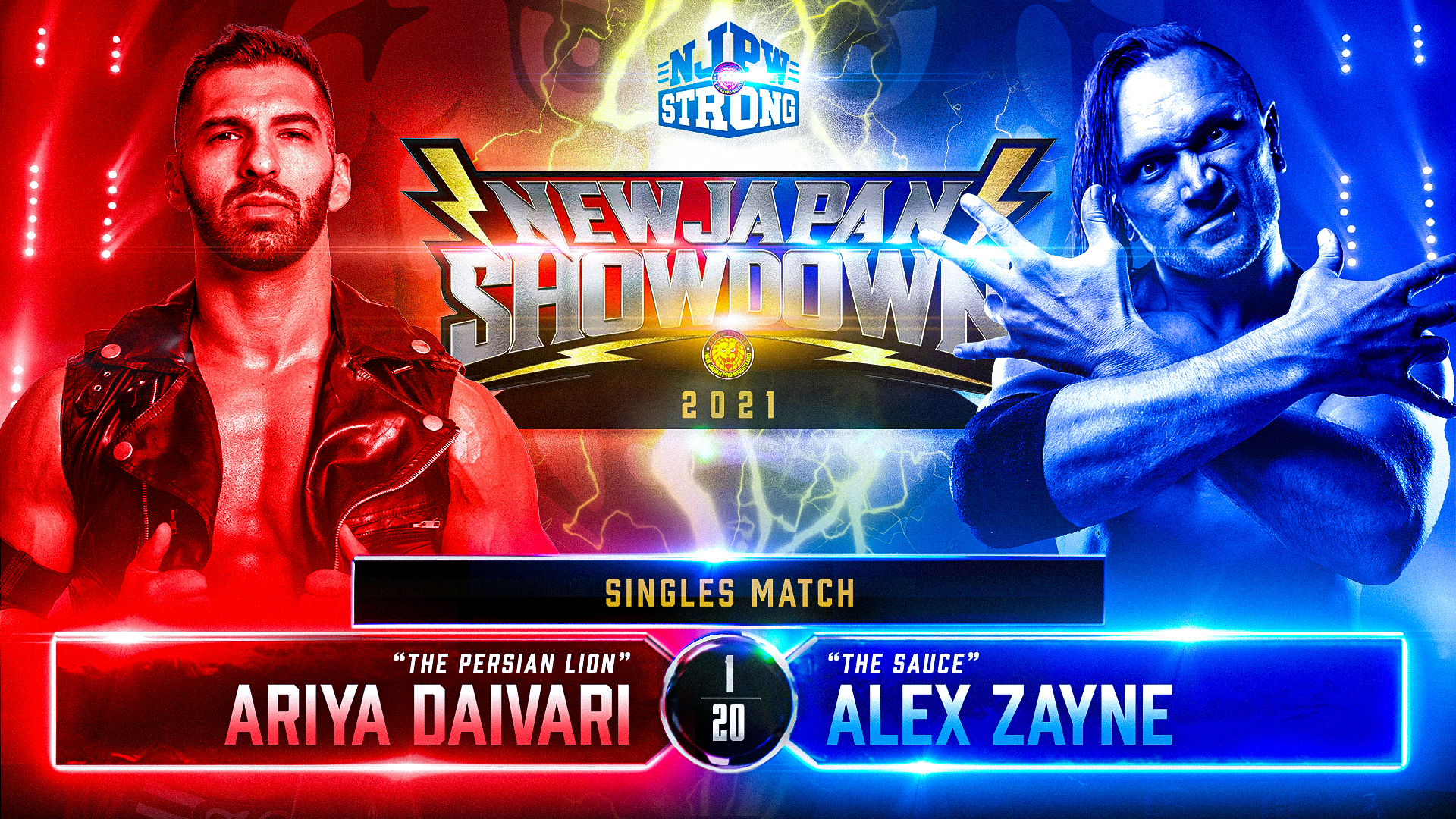 A huge singles match will kick us off tonight, as Alex Zayne takes on the debuting Ariya Daivari. In a thriller with Will Ospreay that aired on NJPW XTRA, Zayne has shown that after a brief sojourn in WWE, he wants to pick up right where he left off. Meanwhile, after years in that organization, Daivari turns over a new page on his career in NJPW rings, and will bring a whole new dimension to his in-ring style on STRONG.