Cobb and TJP to represent United Empire in Arena Mexico 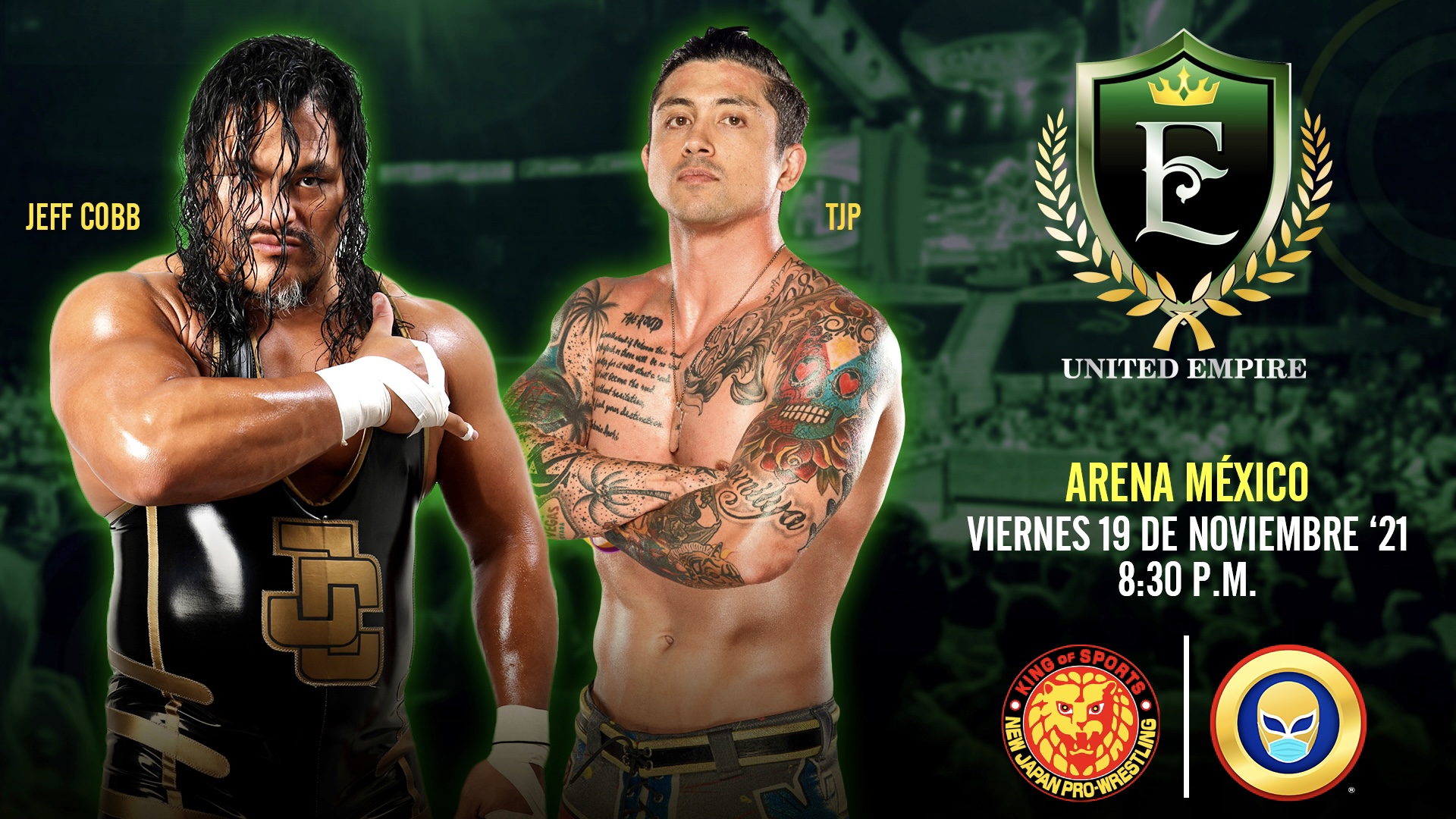 On CMLL’s recent Informa broadcast, the Mexican promotion announced that Jeff Cobb and TJP would be a part of the November 19 Arena Mexico event. G1 Climax 31 B Block runner-up Cobb teams with TJP against the LA Dojo Saturday at Battle in the Valley, and is in six man action at NJPW STRONG tapings in Riverside this Monday.

TJP debuted in CMLL in October, and promised more United Empire presence going forward in CMLL, with the Imperial Unit fitting the bill.