Suzuki STRONGest in Philadelphia as Rosser and Lawlor Explode 【NJoA】 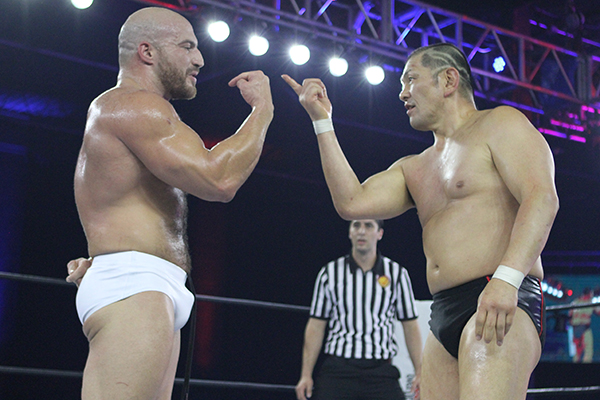 The main event of NJPW STRONG this week saw Chris Dickinson do battle with Minoru Suzuki, just moments before Battle in the Valley kicked off in San Jose. The two went hold for hold in the early going in an even battle for control on the mat, before things were equally even in hard hitting strike exchanges.

After the match spilled outside, Suzuki wanted to grab a chair, but when the referee stepped in, proved just as deadly inside the ring, wrenching at the arm and wrist of his opponent, before Dickinson rallied with a wild German suplex. With heavy dropkicks to the knee, Dickinson set for an STF that sent the King to the ropes, but Suzuki was one step ahead, stretching the arm with a cross armbreaker. 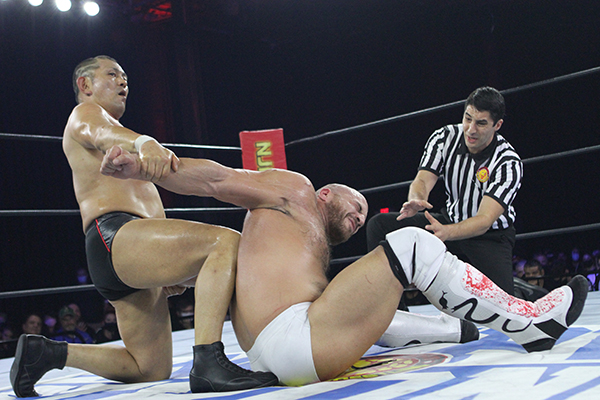 The defiant Dickinson laughed in the face of Suzuki’s PKs, and stood to throw more chops, before a brainbuster for a very near fall. When Suzuki countered a roundhouse into the rear naked choke, Dickinson did all he could to escape, and landed a heavy enzuigiri. Yet Suzuki proved too persistent, and with a flurry of palm strikes, went back to the hold before the Gotch Style Piledriver. 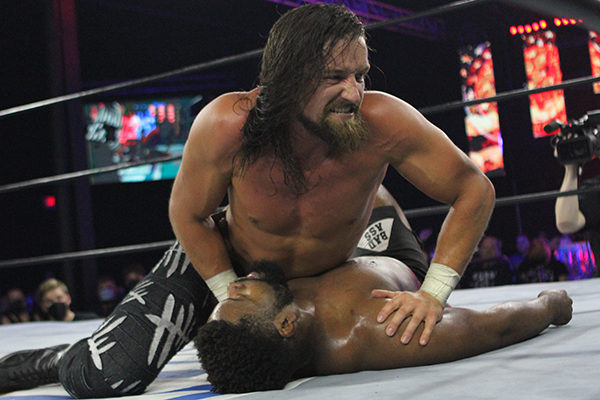 Jay White battled Fred Yehi in non title action. Yehi took White down quickly and looked for the Koji Clutch, but when White drew his opponent into a strike exchange, the Switchblade was a move ahead and took effective and ruthless control. Yehi continued to stay in the match and battled back with chops and a big exploder suplex, before going back to the Koji Clutch. White withstood the hold though, and a Snap Sleeper and then the Bladerunner saw the then NEVER Champion victorious. 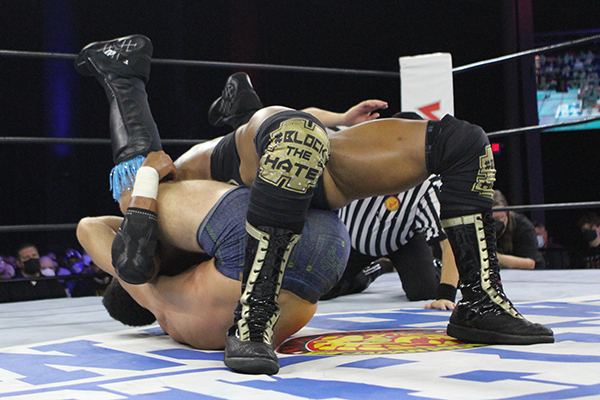 With a STRONG Openweight Championship challenge set for Detonation tapings in Riverside, Fred Rosser teamed with Rocky Romero to take on Tom LPawlor and Danny Limelight. After early offense from Romero, Rocky would be taken down and isolated in the Team Filthy corner for the bulk of the match. The furious Rosser would try time and again to get into the bout, but would be turned away until a hot tag saw the angry Suntan Superman in. 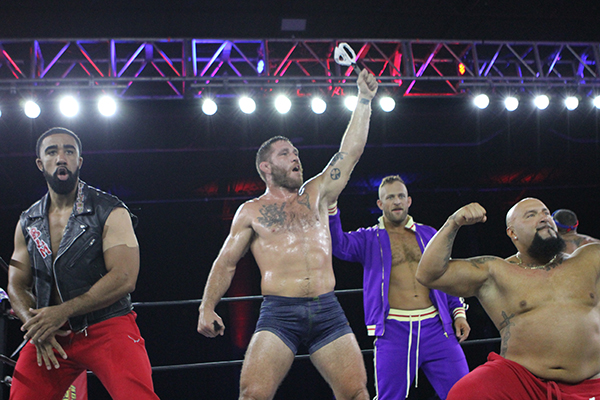 Rosser tore into Lawlor and Limelight, and hoisted Lawlor for the Gutcheck as Rosser dove onto Limelight outside. Lawlor would catch Rosser with a choke, but Mr. No Days Off dropped down and bridged to deliver Lawlor his first NJPW loss. Angry and humiliated, Lawlor and all Team Filthy hit the ring to beat down Rosser and Romero. Lawlor choked Rosser out and held him down as Rosser’s hair was forcibly cut and then even eaten by the champion. Rosser came to with a face like thunder and hell to pay for the champ down the line. 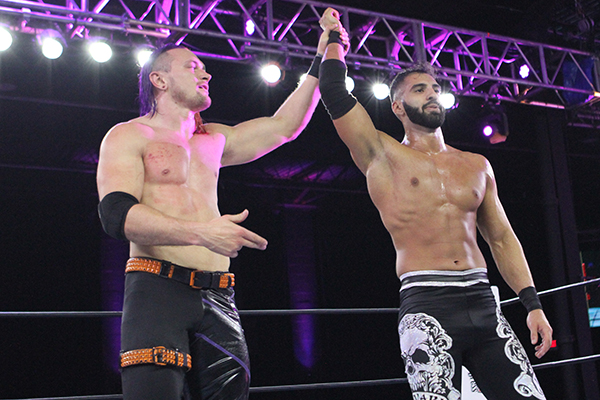 Starting off the evening, Ariya Daivari made his STRONG debut against Alex Zayne. Zayne innovated on offense against the Persian Lion, who nonetheless dealt with Zayne effectively with hard hitting strikes and a hammerlock DDT. With a nod to his family past, Daivari went up top to fly with a Magic Carpet Ride to Zayne, but only found canvas in the end, with the Taco Driver securing victory.