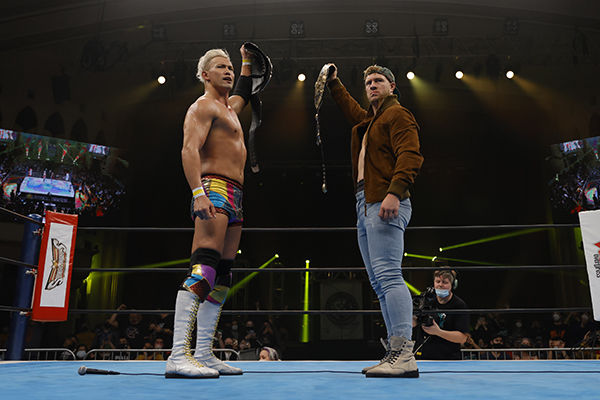 After Kazuchika Okada defeated Buddy Matthews in a memorable encounter at Battle in the Valley on November 13, Okada had little time to bask in the San Jose atmosphere before Will Ospreay headed to the ring.

Brandishing the ‘real’ IWGP World Heavyweight Championship, Ospreay greeted ‘big brother’ Okada and congratulated him on his G1 win before saying that as G1 Champion Okada should face the ‘real World Champion’. Okada responded that he would not challenge Ospreay but that ‘you will challenge me’. 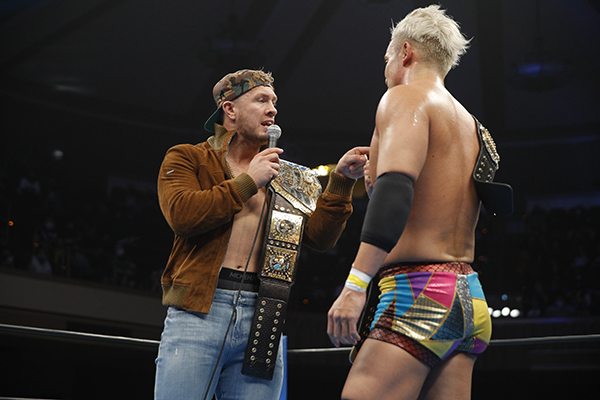 Ospreay decried Okada’s ‘retired, meaningless V4 IWGP title belt signifying his G1 win, while stating, erroneously, that his was the real title. Ospreay issued a challenge for January 5 saying to Okada ‘you and Shingo Takagi can wrestle for the fake- sorry interim- World heavyweight Championship, and whichever one of you wins on January 4, can meet me January 5 at Wrestle Kingdom’. 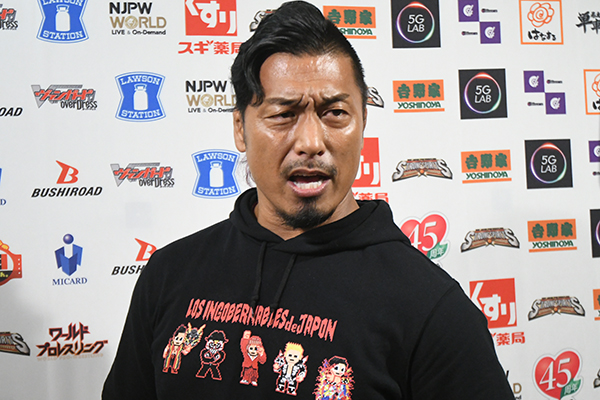 Okada OK’d the idea, stating that he would ‘make it rain’ on the Tokyo Dome, but Shingo himself was rather less enthusiastic. Taking time to gather his thoughts, Shingo issued a statement before World tag League got underway later Sunday evening Japan time, Takagi said that Ospreay coming to Japan ‘changes things’, and that he would be the one to lay his feud with the Commonwealth Kingpin to rest on January 5.