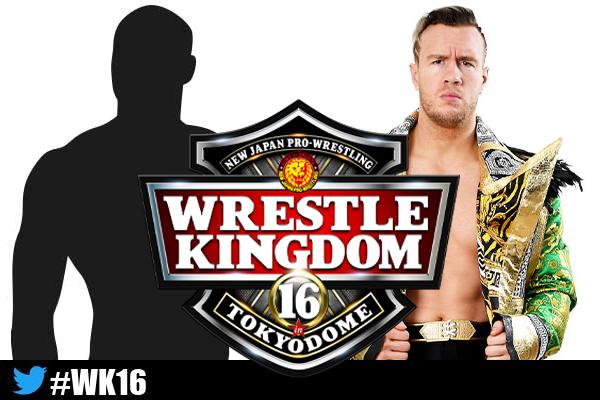 After words exchanged both in ring in San Jose Saturday night and backstage at Korakuen Sunday, night two of Wrestle Kingdom 16 on January 5 2022 now has its main event.

At Battle in the Valley, Will Ospreay confronted Kazuchika Okada and invited the G1 winner to challenge for his ‘real’ IWGP World Heavyweight Championship officially held by Shingo Takagi. Okada declined, but stated that the Commonwealth Kingpin was more than welcome to challenge him. Okada and Ospreay had previously been slated for Wrestle Grand Slam in the Tokyo Dome in May, but the match never took place with an injured Ospreay officially vacating the title as the event itself was postponed.

Hours later in Korakuen Hall, IWGP World Heavyweight Champion Takagi declared that he would be very happy to face a Will Ospreay that ‘couldn’t duck him this time’. In the events following Wrestle Grand Slam’s postponement, Takagi won the vacant IWGP World Heavyweight Championship in a match against Okada and would defend that title against Hiroshi Tanahashi when the card did take place in the Tokyo Dome. Takagi was beaten twice by Ospreay earlier in 2021, giving Shingo an added motivation to want to defend against the Briton should he survive Okada on January 4.

Now, the main event on January 5 will see the IWGP World Heavyweight Championship defended by either Shingo Takagi or Kazuchika Okada against the challenging Will Ospreay. The undisputed event of the year will finally see an undisputed champion official January 5!