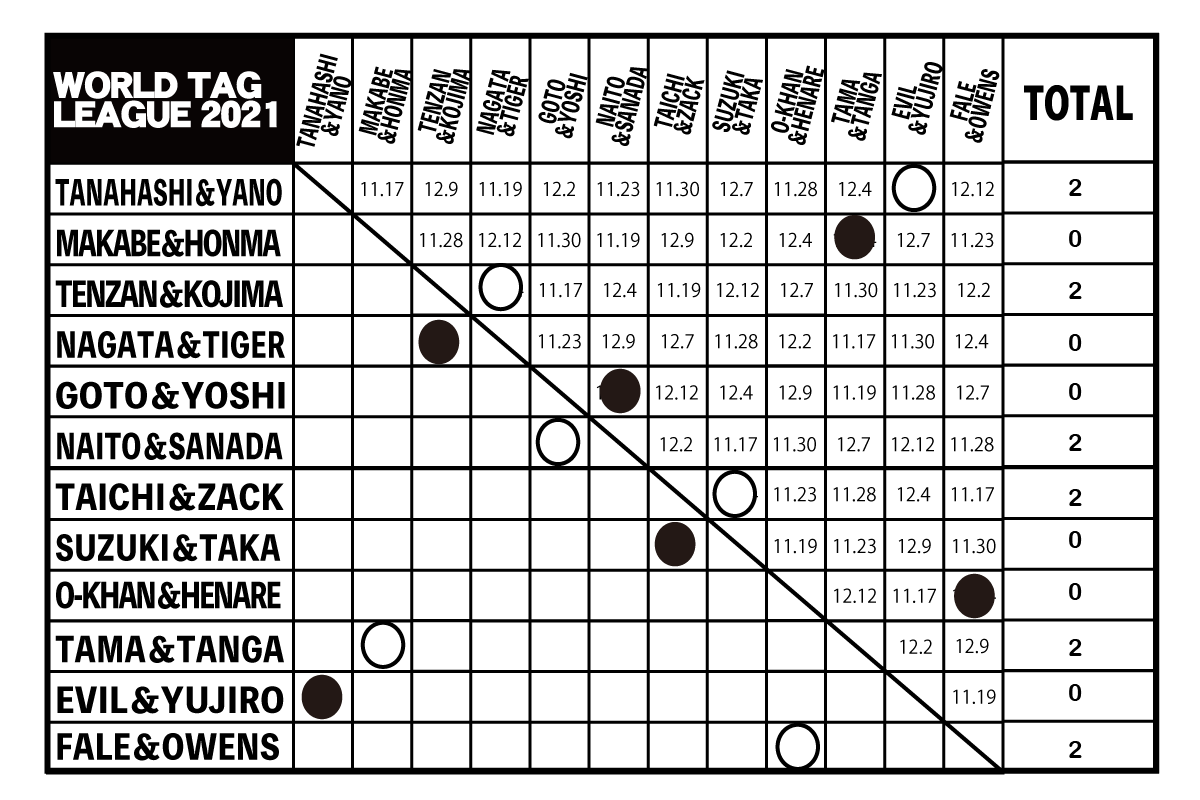 Watch LIVE or in English on demand on NJPW World! 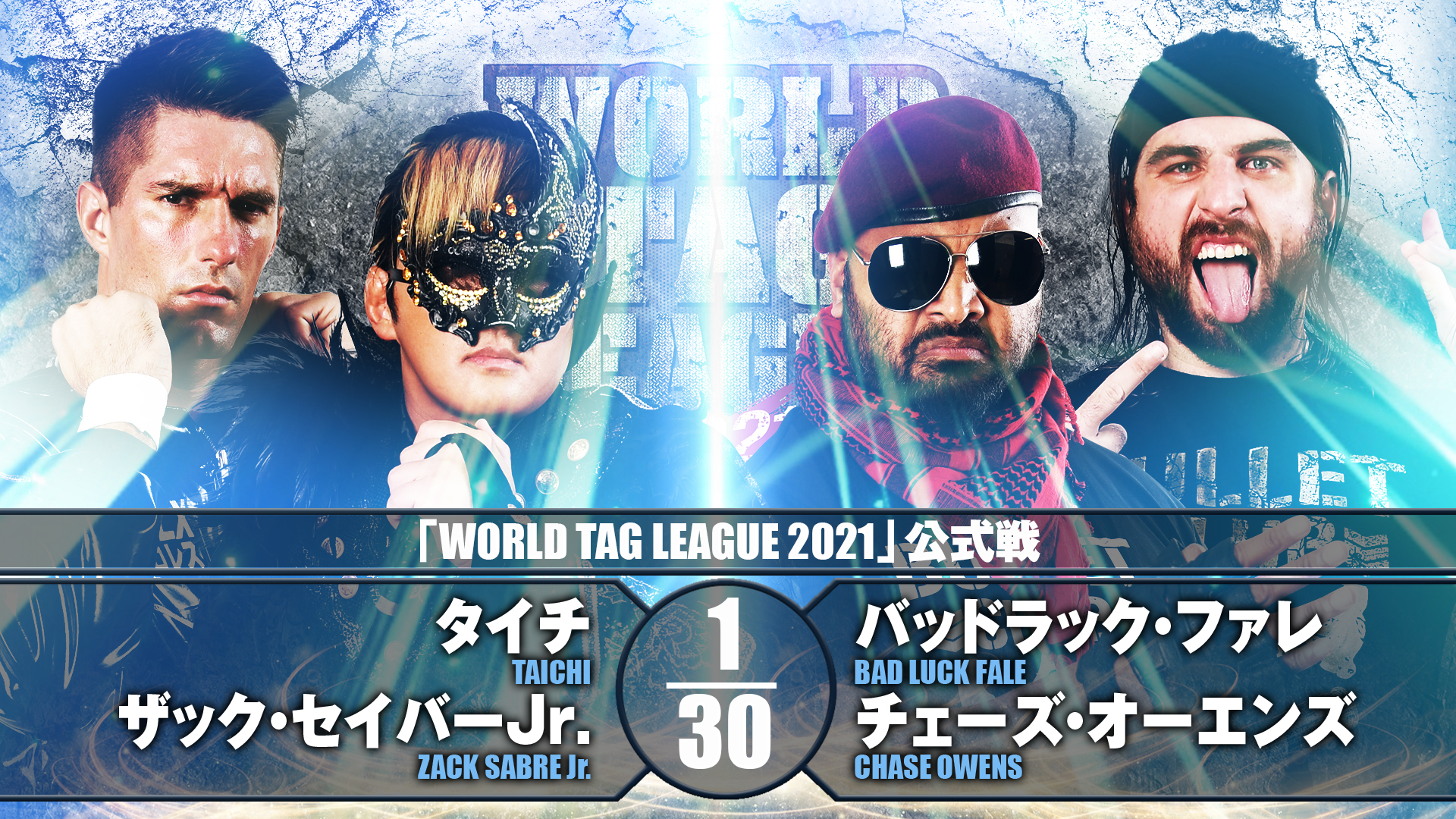 Headlining in Toyama, Bad Luck Fale and Chase Owens meet Dangerous Tekkers.  Both teams picked up their first wins in Korakuen Hall, Fale and Owens haveing to work somewhat harder to get the Grenade Launcher victory over the United Empire than the IWGP Tag Team Champions did as TAKA Michinoku found himself destroyed as he was hazed back into the Suzuki-Gun fold. This is not going to be the de facto handicap match that Taichi and ZSJ’s league opener became, but with an 0-2 record to overcome, it will be a rough hill to climb for Fale and Owens. Could they shock the tag champs? 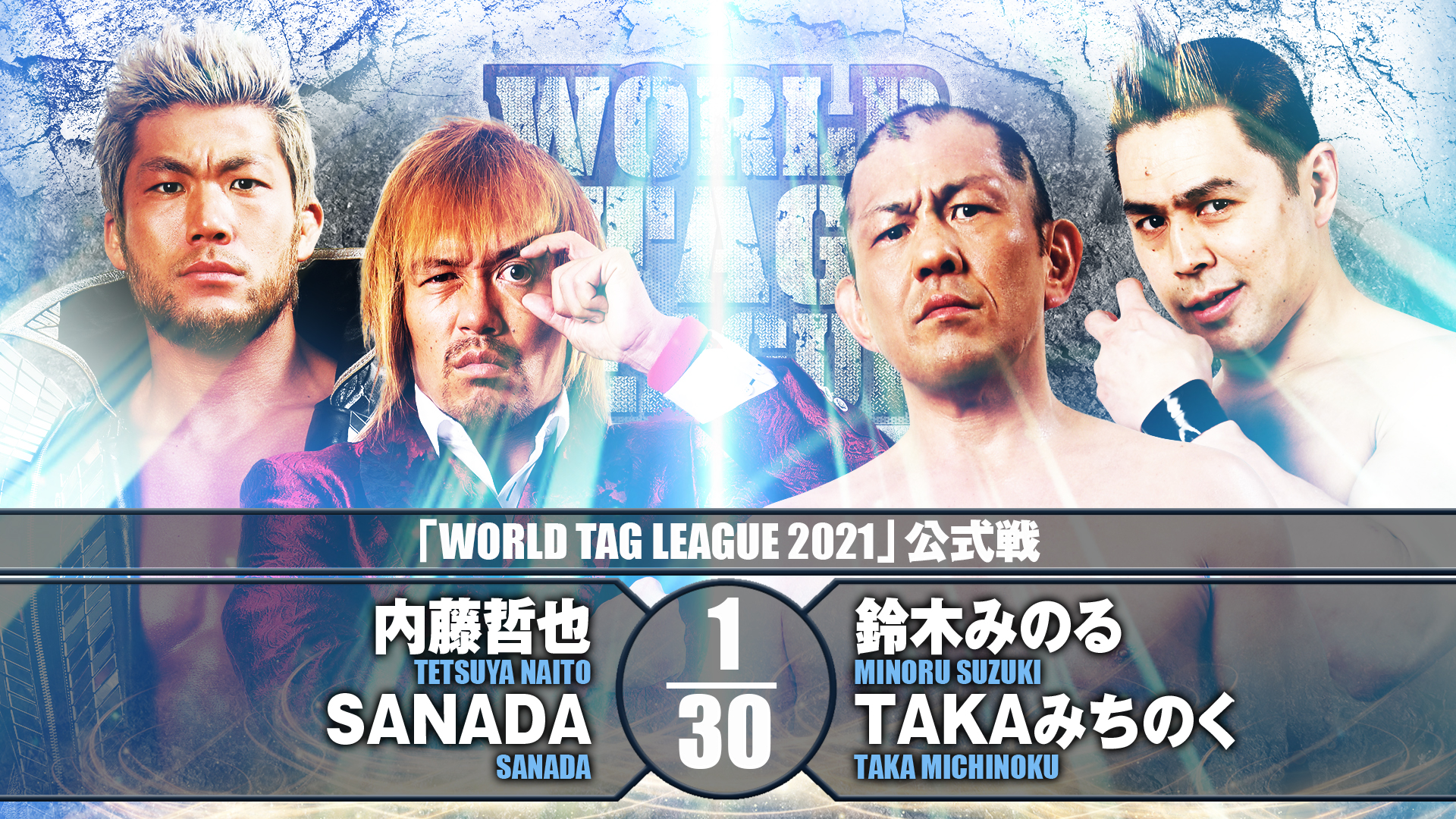 After a harsh beating at the hands of Taichi and Zack Sabre Jr. in Korakuen Hall, TAKA Michinoku returned to the Suzuki-Gun fold Sunday, and after experiencing the King’s brand of ‘tough love’ will now be able to team much more effectively with Minoru Suzuki tonight. That’s the hope at least, and perhaps the only hope for Suzuki-Gun as far as LIJ are concerned. After a victory in their opening bout while, in Tetsuya Naito’s words ‘I was at my very weakest’, Naito has declared that he and SANADA will not just win the World Tag Legaue, but will do so with a perfect record. With Michinoku my his side, will Suzuki, oft a thorn in the side of Naito, put paid to perfect plans? 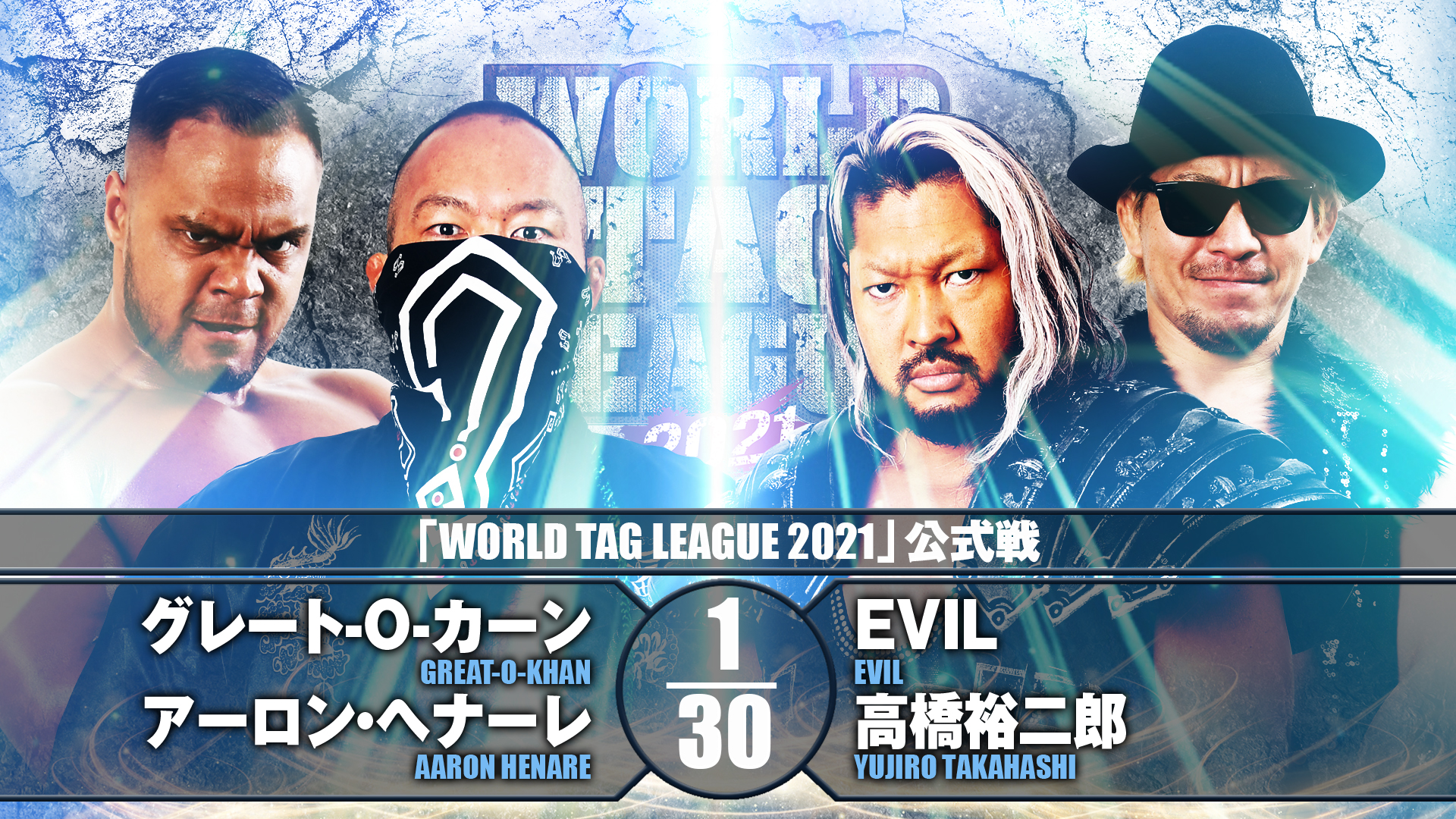 Both teams head into their second bouts after some frustrating losses incurred in Korakuen. Reinvented as the Ultimate Weapon, Aaron Henare was determined to leave a mark on his early career mentor Bad Luck Fale, but ultimately fell to the Grenade Launcher. Meanwhile EVIL and Yujiro tried to pull every trick out of the book against Toru Yano and Hiroshi Tanahashi, only for a triple low blow to Yujiro Takahashi, EVIL and Dick Togo that sealed their fates. With a loss for Jeff Cobb and TJP in the US as well on Saturday, United Empire need to get back on the winning track in the tag team stakes, but HOUSE OF TORTURE have plenty of means to prevent that from happening. 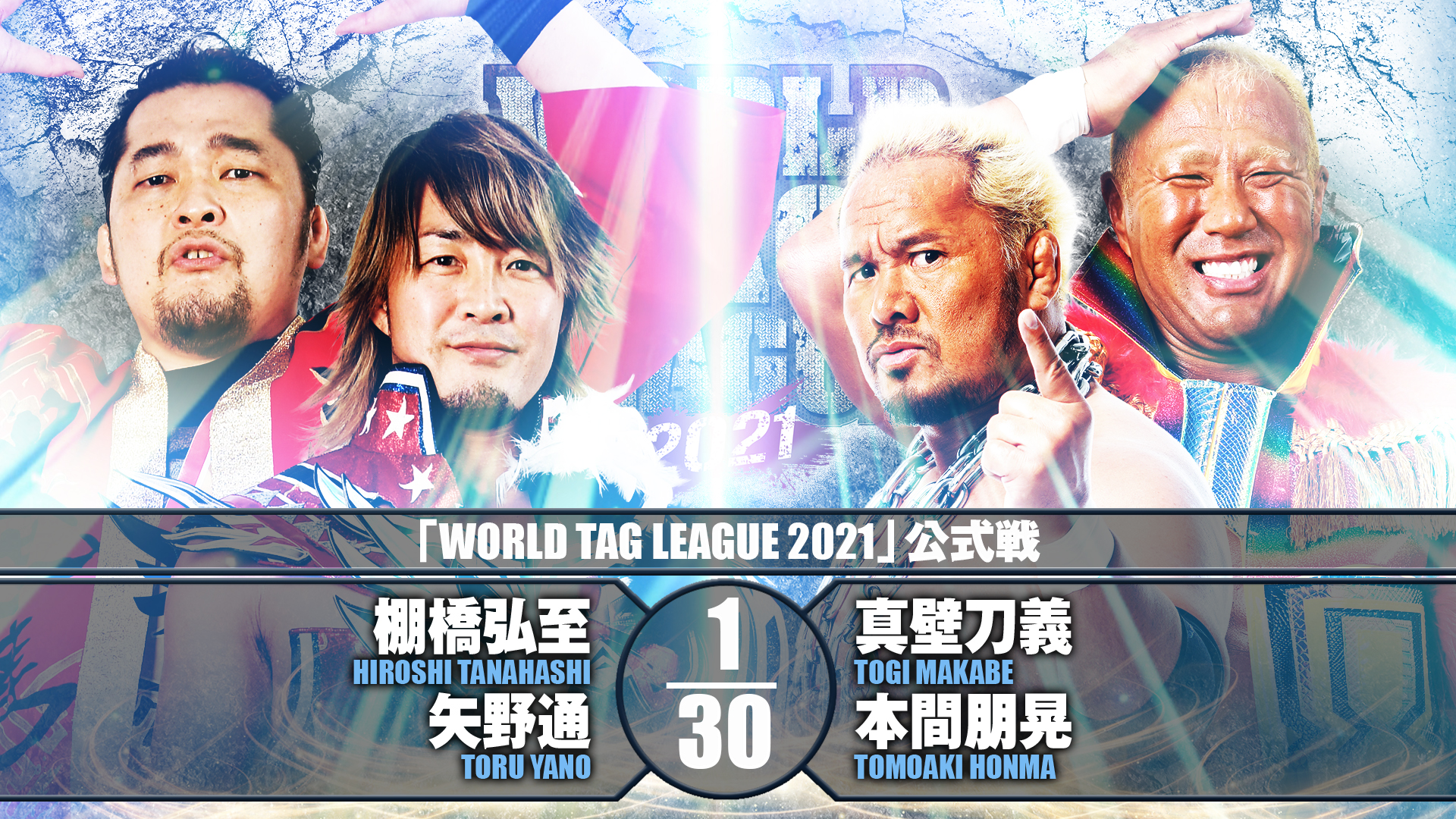 Four veterans hit the ring as Great Bash Heel do battle with men they’re well familiar with. Yano and Tanahashi have been more allies than enemies of GH in recent years, but will bring every bit of a competitive fight to Toyama as they look to stay undefeated. 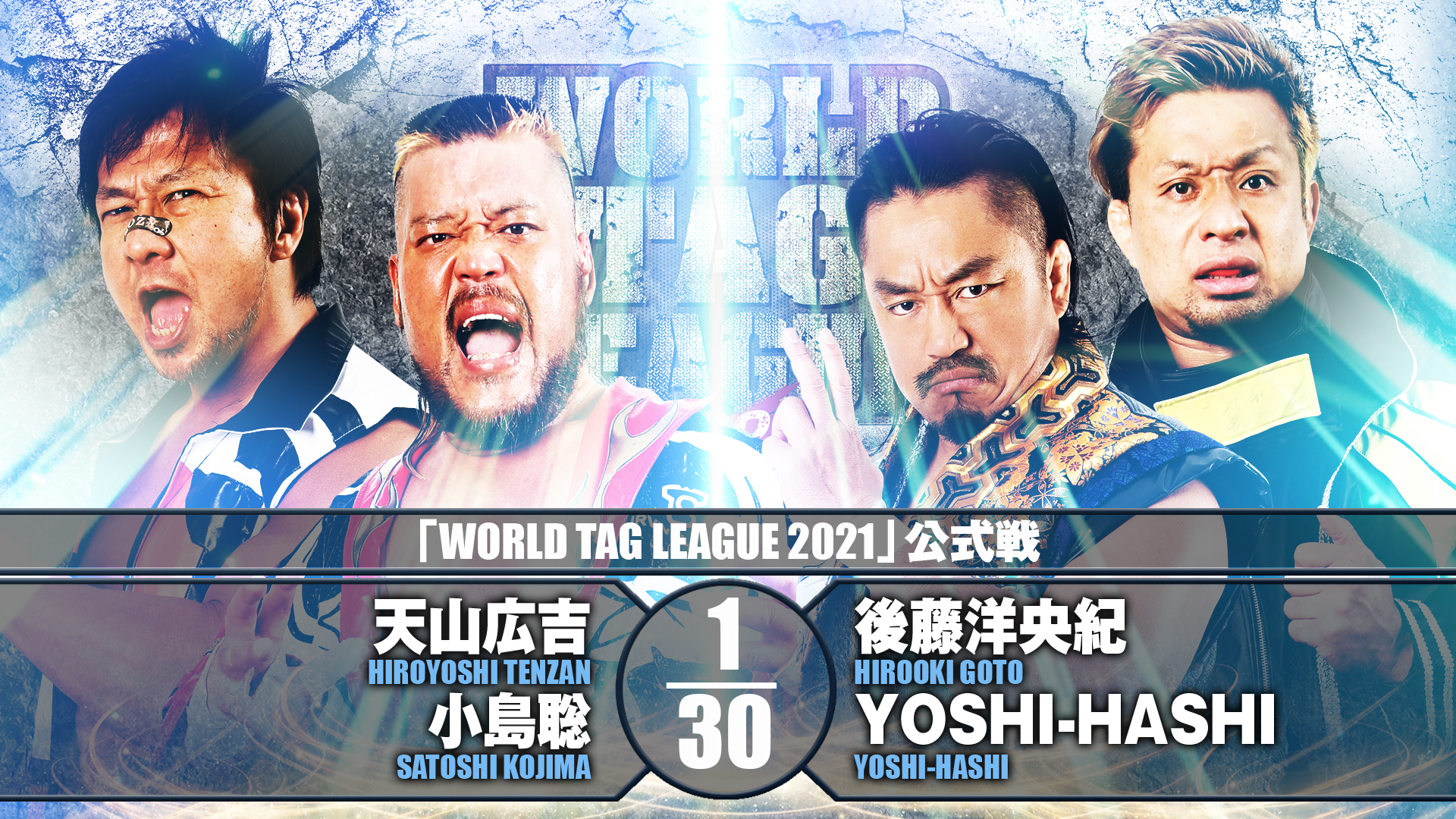 The first direct tag meeting for both teams in four years, Hirooki Goto and YOSHI-HASHI will be looking for a repeat of their 2017 WTL victory here tonight against TenCozy. The veteran six time tag champions picked up an impressive win as Kojima powered through punishment to lariat Tiger Mask and gain two points in Korakuen Sunday. But the CHAOS side, burned from a loss to Tetsuya Naito and SANADA on night one, are doubly hungry to get in the hunt. Who comes out on top? 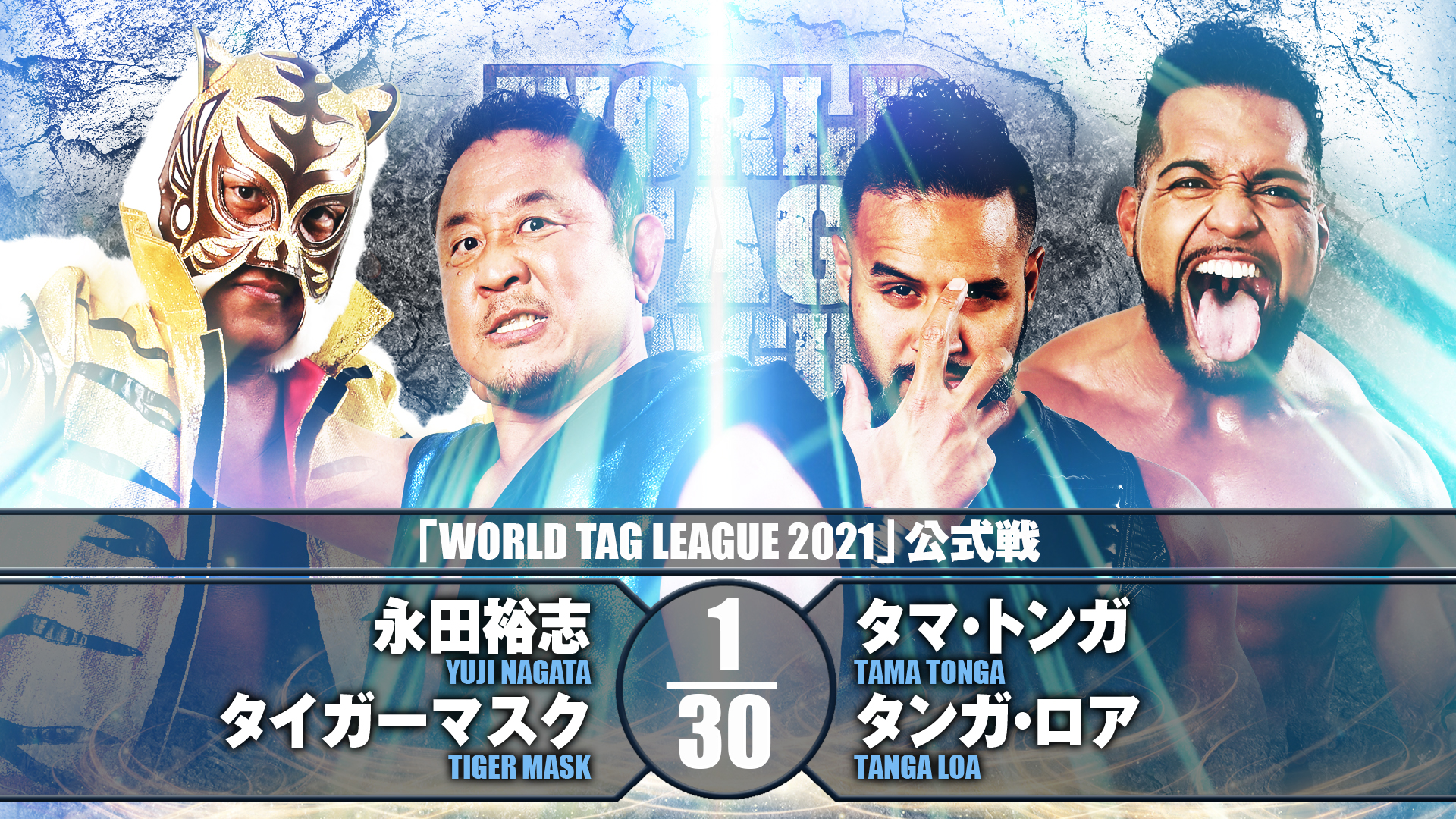 2020 World Tag League winners G.o.D look to follow up on their victory over GBH on Sunday with a second win against another veteran combination in Tiger Mask and Togi Makabe. Nagata and Tiger’s first match loss was a narrow one against six time IWGP Tag champions TenCozy; will they fare any better against seven time champs in G.o.D? 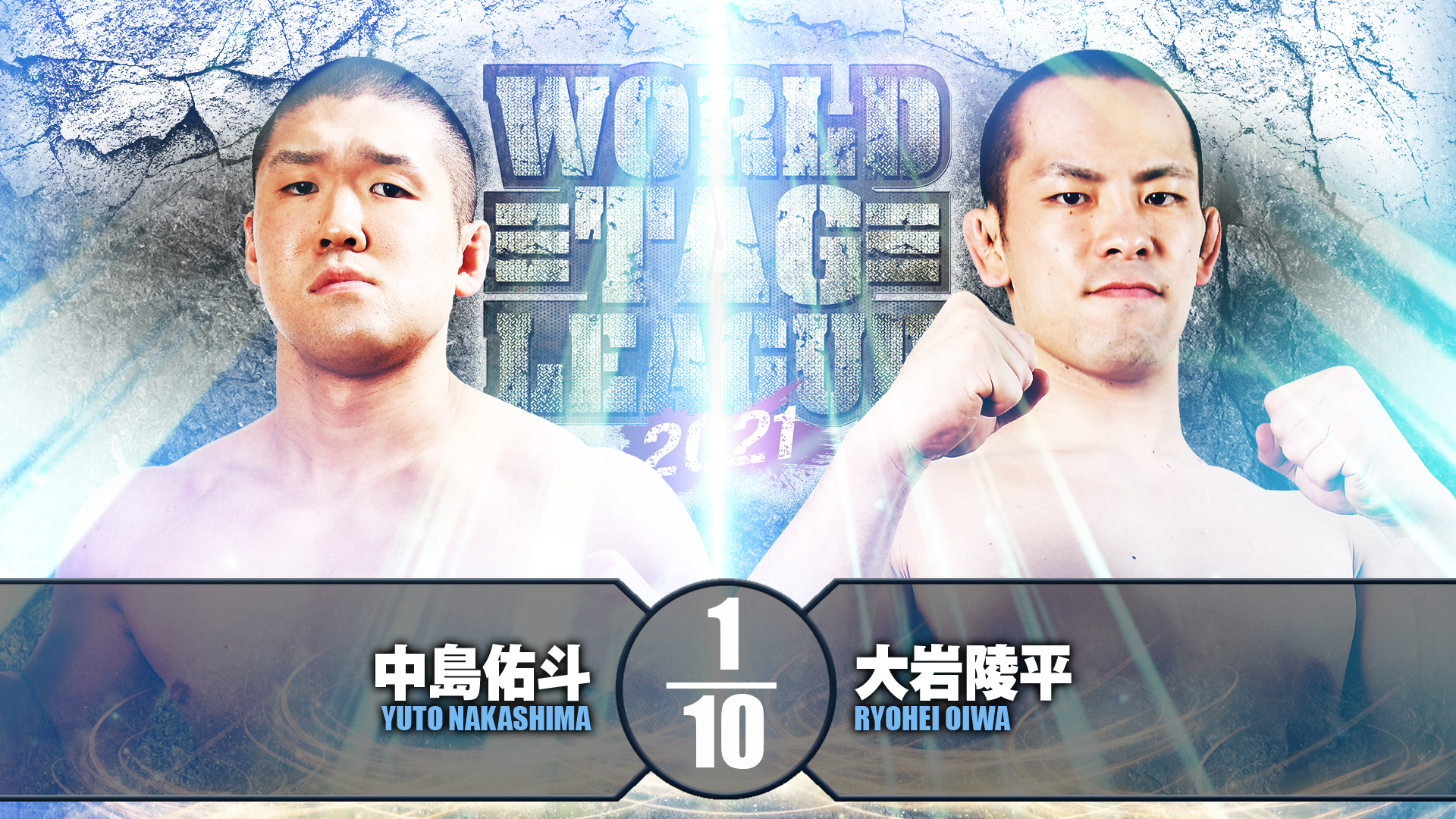 Kicking off the evening, Yuto Nakashima and Ryohei Oiwa continue the ongoing battle of NJPW’s new Young Lions. Will one or the other finally see their first win tonight?