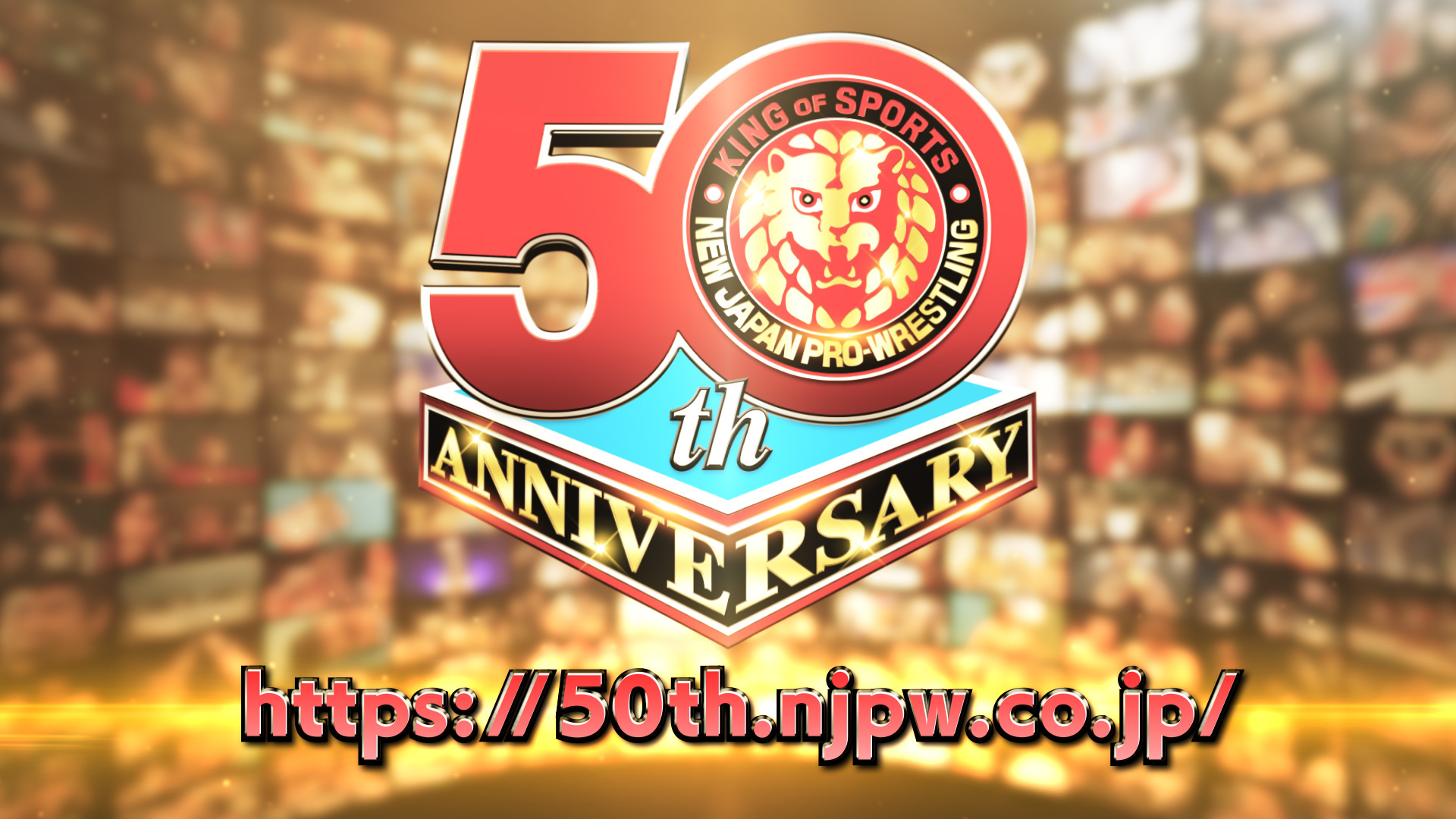 The press conference saw four reveals, with the first being the official NJPW 50th Anniversary logo. The commemorative mark is already being used on calendars and merchandise, and is the design at the top of the freshly launched 50th Anniversary website (open here).  Plenty of information will be coming up on that website as well as exciting exclusive content.

Next was the announcement of major events for the first quarter of 2022. February 11 will see NJPW head to the Xebio Arena in Sendai, while two nights later, we will be in Osaka’s EDION Arena. The next weekend, February 19 & 20 sees matches in Hokkaido Kita-Yell, before March 1 and 2, and back to back nights to celebrate the 50th Anniversary proper in the Nippon Budokan.

In addition, the January tour will be called the New Years Golden Series. This is a throwback to classic year opening tours of the early years of NJPW and celebrates our deep history at the start of a landmark year.

The third of four announcements was that of NJPW-ism, a special exhibit running in Tokyo Dome City’s Gallery AaMo from February 11 to 27. This will give fans young and old the chance for some retro excitement, or to discover history for the first time with items from NJPW’s history on proud display. 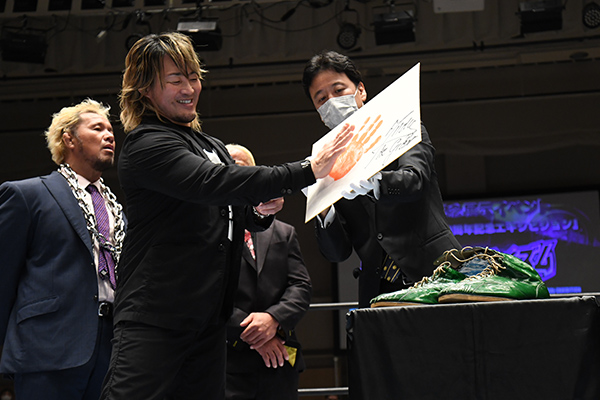 One such item will be the original ring worn boots of Andre the Giant, as well as his hand print from his time as an active NJPW wrestler. There will be plenty more from classic items to recent memories for fans of today’s action. 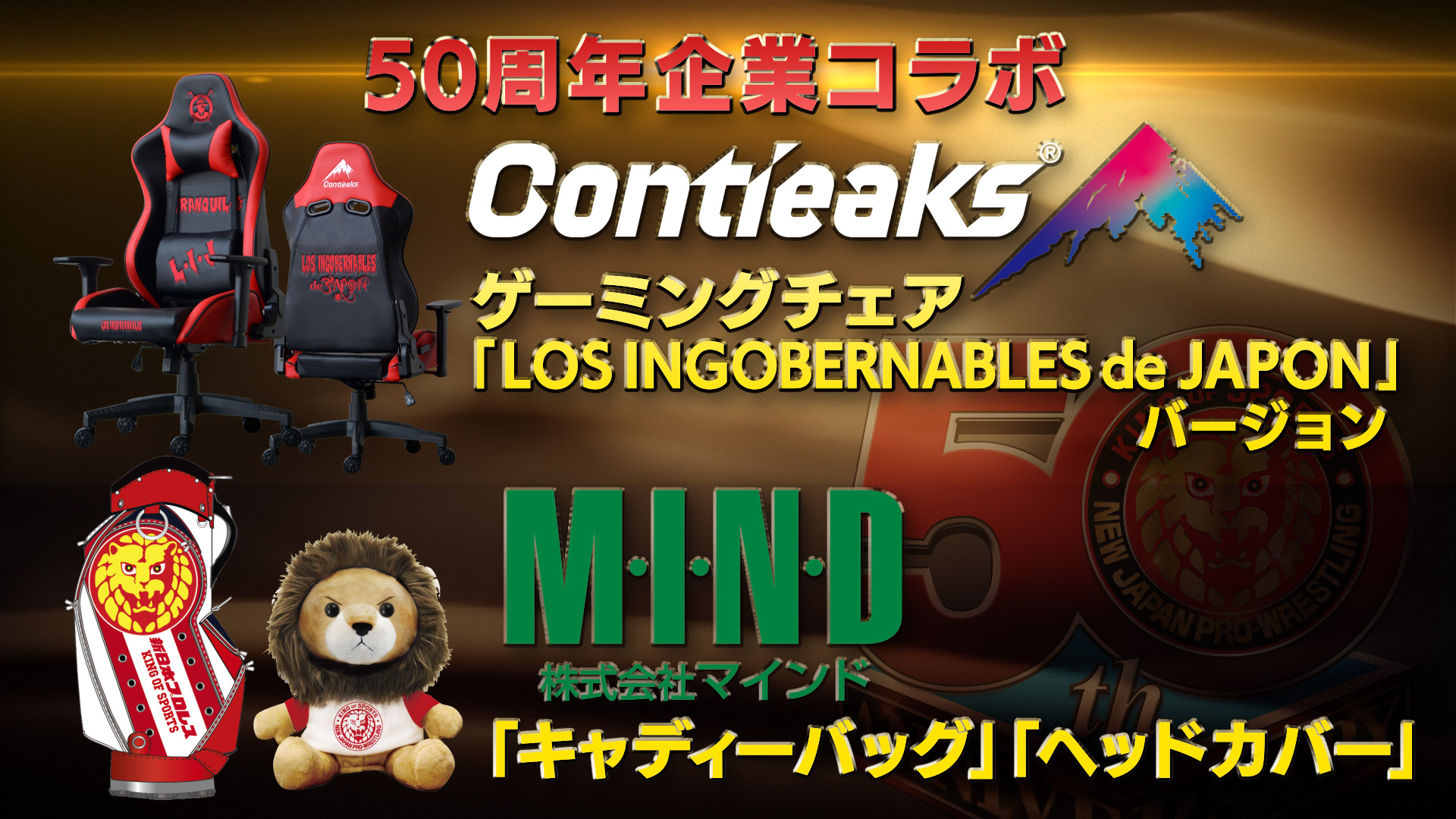 Finally, NJPW will be collaborating with 50 different companies to celebrate 50 years. The first items will be Los Ingobernables De Japon themed gaming chairs from Contleaks, and M.I.N.D produced golf bags. There will be plenty more collaborative goods, as well as plenty more news, dream matches, dream cards and dream events to be announced, so stay tuned!