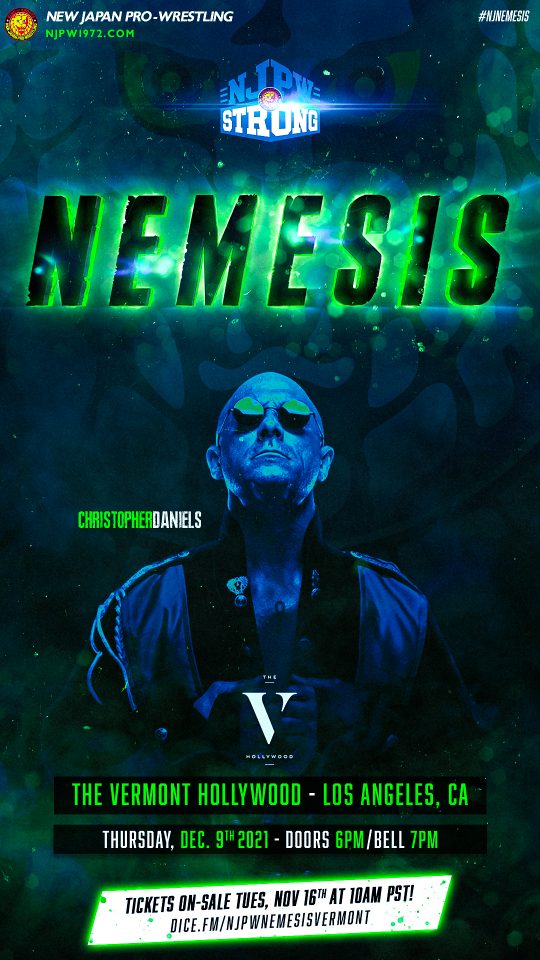 In a surprise announcement at NJPW STRONG’s Riverside tapings on November 15, one final event in 2021 was announced- at the Vermont Hollywood in LA for Nemesis December 9. Tickets are already on sale with a sell out expected, and the event’s first big name has been revealed!

Christopher Daniels will be making his way to an NJPW ring for the first time since 2018. AEW’s worldly veteran has a spicy history with NJPW that stretches back some two decades, and writes a new chapter on STRONG at Nemesis.

Stay tuned for more information on what will be a stacked night of action!