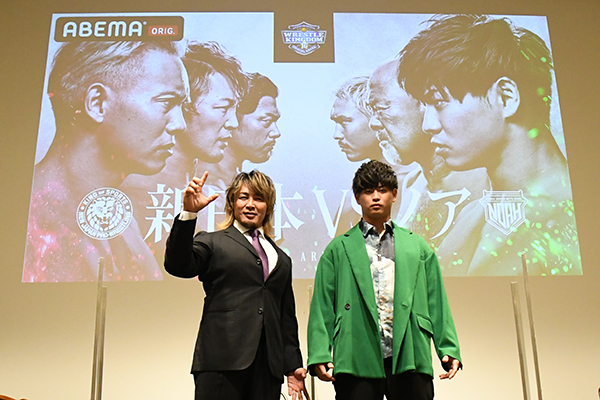 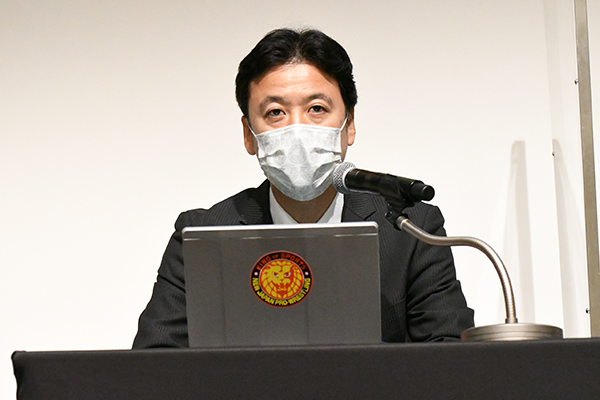 ‘2022 will start for New Japan with Wrestle Kingdom 16 on January 4, 5 and 8. January 4 & 5 in the Tokyo Dome will take place as ever, but there has been a lot of speculation about what will happen on this third event. This will not be an ordinary NJPW event.

Earlier this week, at the 50th Anniversary Press Conference, I made a promise that dream matches and dream events will become a reality in 2022. We have been dealing with COVID-19 for a year and a half, and I have been working with representatives from other organizations in that time in order for the pro-wrestling industry to take on these challenges together.

Now, next year, I believe that we will overcome COVID, and I want fans to step forward with hope, courage and conviction into a post COVID world. That has prompted us to work with NOAH, who will be a part of January 8 2022’s event in Yokohama Arena. 70 years ago, professional wrestling helped Japanese society recover from World War II and emerge into a brighter future together. Now, it is with the very same spirit that professional wrestling will further show its true inspirational worth.

On January 8, our two companies will together show the power of professional wrestling and assist the world to move forward. In addition, we want to show our own appreciation for those that have always helped not just professional wrestling but all of us across society. That’s why a portion of the proceeds from this event will be donated to the Japanese Red Cross Society.’ 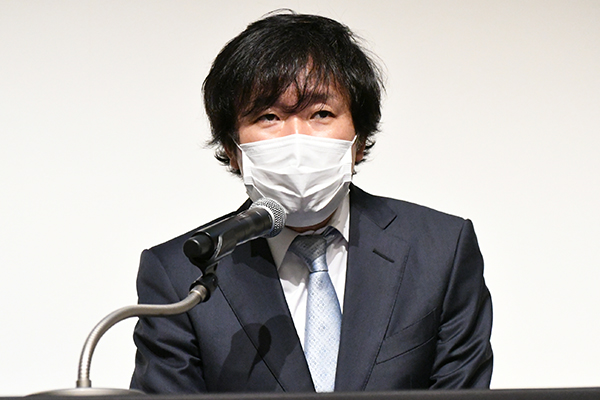 Ohbari then turned over to Takeda, who stated:

‘Thank you for attending this press conference today, and thank you to everybody who is working to make this event a reality. Mr. Ohbari has very accurately described exactly what this event is about. We promise to bring an event that truly brings the power of professional wrestling to the world at large.’

The card will be available on pay-per-view, worldwide, and in English. NJPW World subscribers will also be able to enjoy the event on demand, with the event available seven days later. 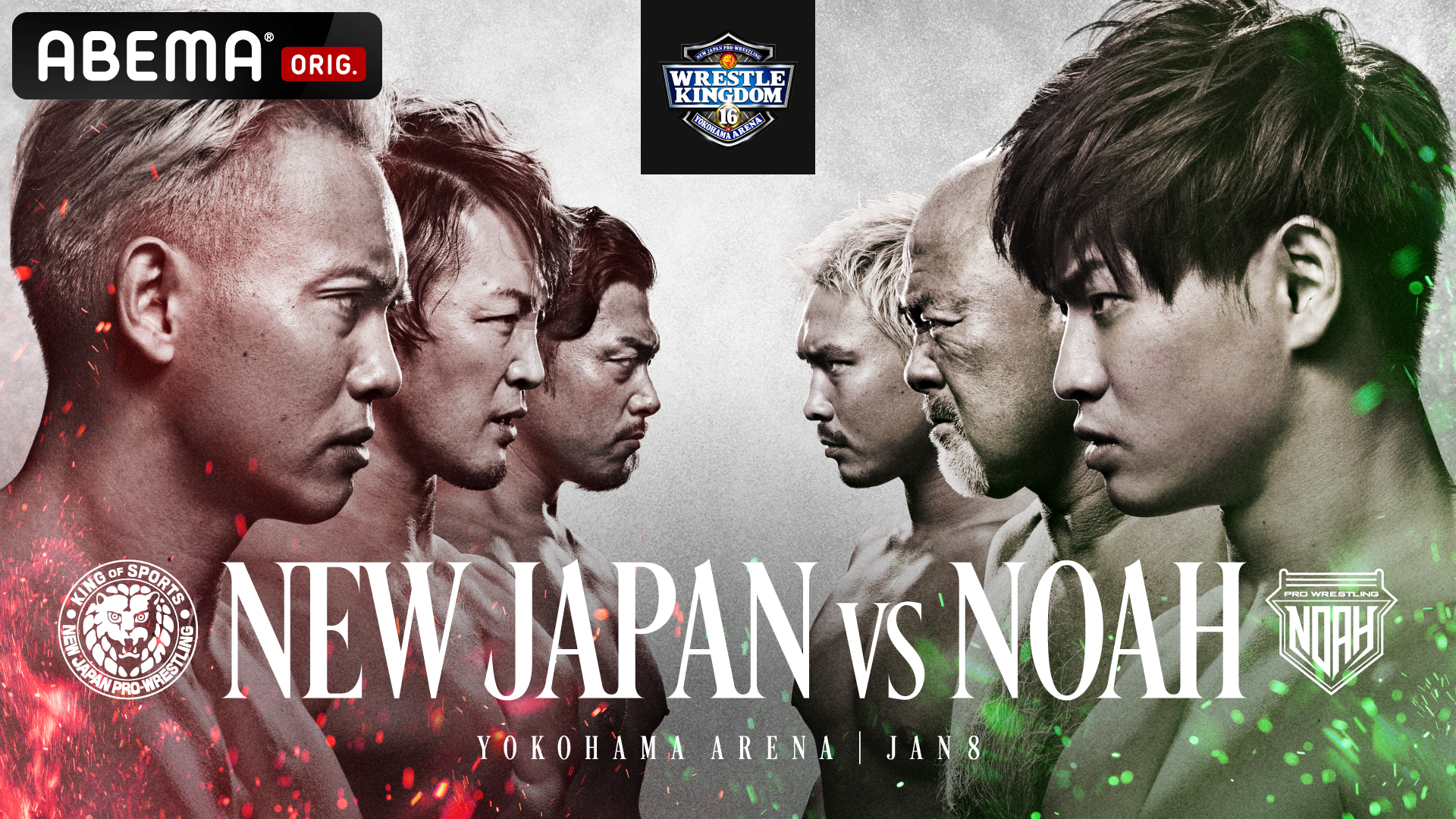 The key visual for the event was then shown, before a special video with comments from Shingo Takagi, Kazuchika Okada, Katsuhiko Nakajima and Keiju Muto. This video is available on NJPW’s official English YouTube page. 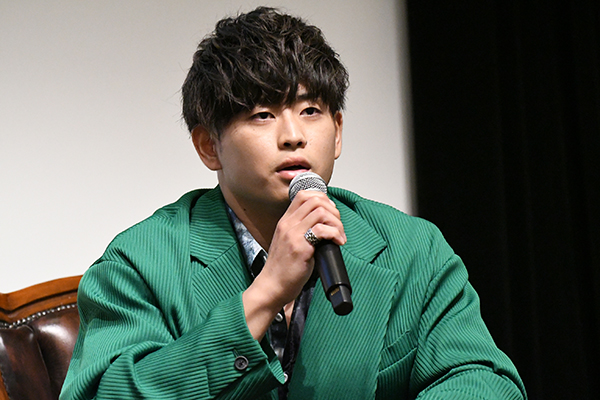 ‘Thank you for coming today. The world has been in a tough position for a long time, but the pro-wrestling industry has led the way. I don’t know whether this will be an exhibition or an all-out war, but I am grateful to both NOAH and NJPW for the opportunity.

Yet personally, I believe this has to be a war. People think that New Japan Pro-Wrestling is the be all-end-all in Japanese professional wrestling. It is the industry leader, business wise. But I think people’s perceptions are messed up. In the ring, NOAH is the best. NJPW is no doubt beneath us.

A year and a half ago, I said that I wanted to face Kazuchika Okada, and people were furious. Now I want the Rainmaker. I can feel the era’s changing in my favour. I think we will show NJPW and the entire world something never seen before. ‘Fraid to say it, but if this is a war, NOAH will flip the script with NJPW and make them regret it.’ 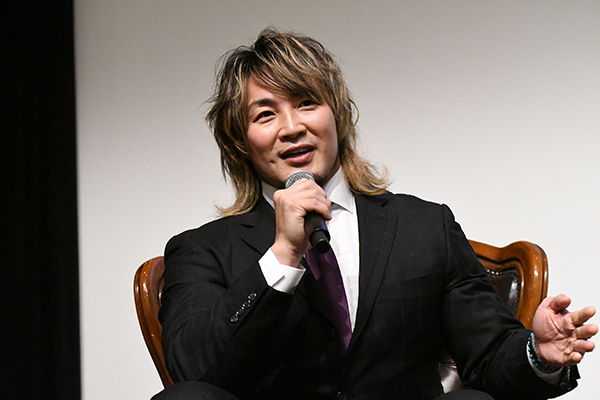 ‘I think there’s no doubt the NJPW wrestlers will be fired up by this news. Over the last few years NJPW has been competing amongst itself, and our quality has only elevated. Now we have the chance to show another company how far we have become, and it’s created a thrilling situation. Again, I don’t know whether this is a friendly or not, but I think that every match should be NJPW vs NOAH. That’s speaking as a wrestler. I think that will motivate everyone to get results. And with all the wrestlers NJPW have on their roster, there will be a lot of competition between now and January 8 to represent the company on that card. I’m thrilled.’ 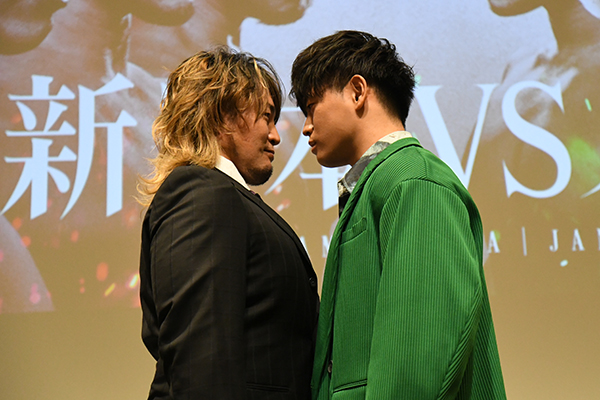 –Tanahashi, Mr. Kiyomiya has declared he wants to wrestle Kazuchika Okada. Who would you like to take on?

Tanahashi: In 2009, I wrestled Keiji Muto in the Tokyo Dome. It’s been 12 years, a full astrological cycle, and Muto is still going strong. Then there’s Marufuji, who I’ve wrestled a lot. In NJPW we have a lot of belts and a lot of champions, but I want to face someone who really represents the NOAH standard.

–Mr. Ohbari, in response to Kiyomiya and Tanahashi’s comments, what kinds of matches might we see on the card?

Ohbari: The card is yet to be announced. But the wrestlers have their own individual backgrounds, and their own histories with one another. So I think we’ll find out in the coming weeks whether they want to face one another, or even team up.

–How many matches can we expect on the event, and will it be entirely NJPW vs NOAH, or will there be NJPW and NOAH specific matches?

Ohbari: The card isn’t set. But if you think about the volume of talent we have between our two companies, there will be roughly double the number of wrestlers, and I imagine the card will reflect that. As for how those matches will be set up, again, nothing is determined, but this is a rare opportunity for both of us, and it would be a shame if we didn’t take advantage of that.

Wrestle Kingdom 16 in Yokohama Arena tickets will go on sale Sunday, November 21 at noon JST. Fans can also order the pay-per-view broadcast now November 21 at a price of 3960 Yen (approx. 35 USD, 25 GBP, 31 Euro). A portion of all proceeds will be donated to the Japanese Red-Cross Society.

Fans can continue to use the English hashtag #ProWrestlingPower, as well as ＃プロレスのチカラ in Japanese, and each organization’s official tags #njpw and #noah_ghc to spread the word about this momentous event. Stay tuned!