Three at the top with six points after Nagano event 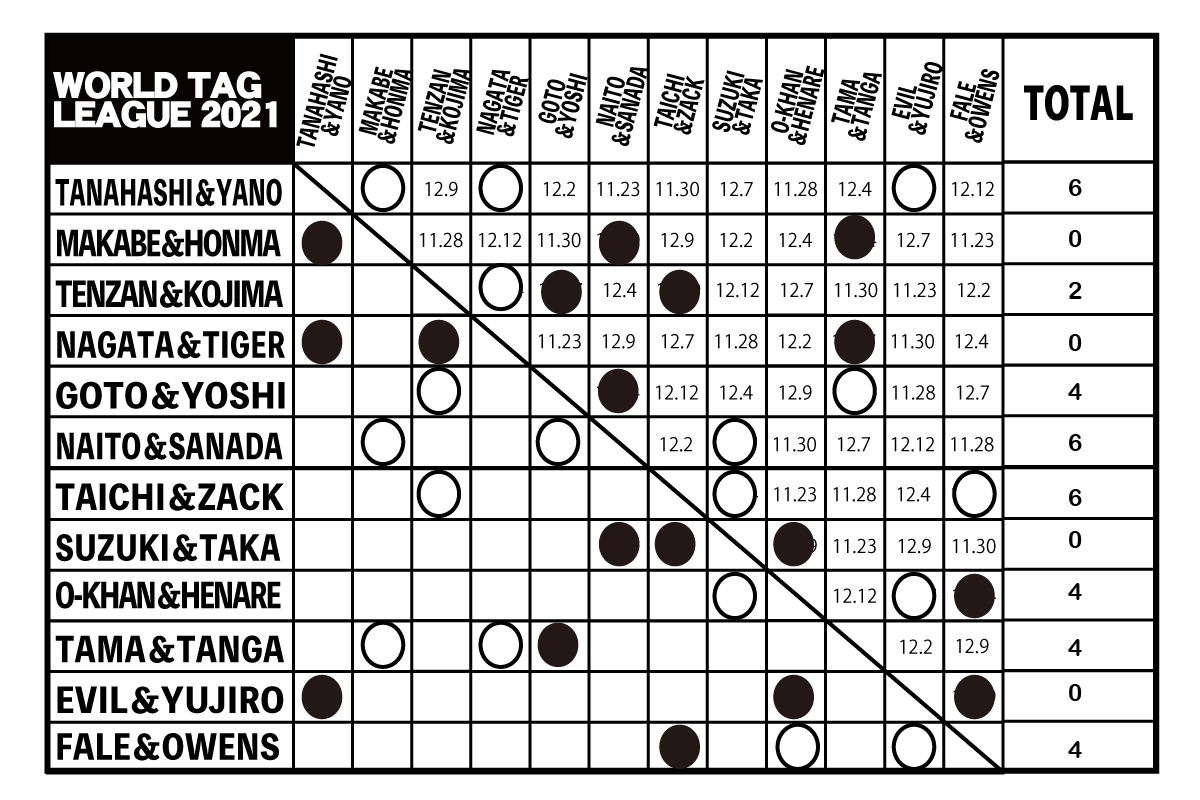 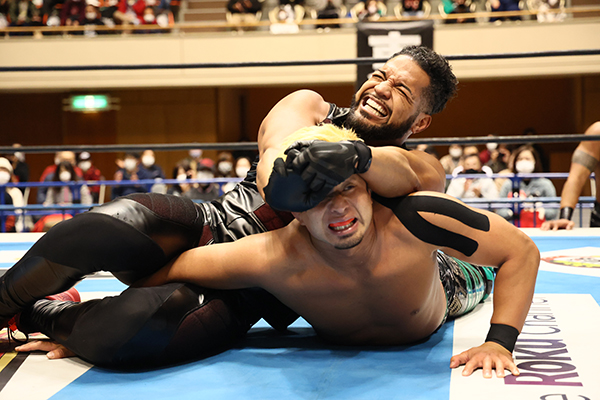 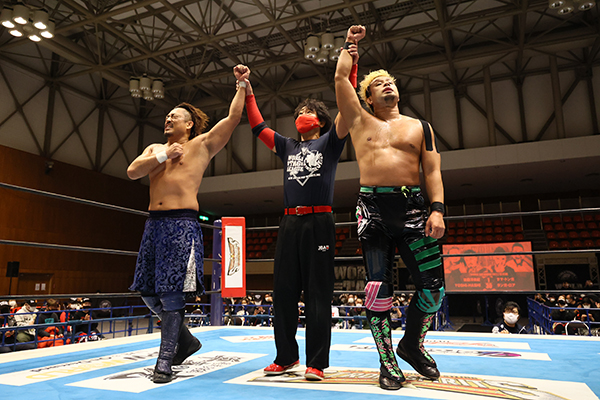 YOSHI-HASHI withstood tremendous punishment, and almost submitted to Tanga Loa’s OJK, but slipped out the backdoor of Apesh*t to tag in Goto. G.o.D’s teamwork was effective on Goto too, but a crunching lariat to Tonga and the match began to flow CHAOS’ way. With Tonga isolated, the GYW got two for the team, before YOSHI-HASHI found the Butterfly Lock, but the seven time tag champions responded, Loa soaring with a headbutt before Tonga connected with Supreme Flow for a long two count. Tonga set and primed for the DSD, but YOSHI-HASHI evaded both it and the Gunstun, cradling Tonga for the shock three count.

Former six time IWGP Tag Champions TenCozy faced current champions Dangerous Tekkers. With provocation from the champs, there was a fast start to the match, but an overhead kick from Taichi saw to it that Kojima’s advantage over him didn’t last long. Kojima would be worked over in and out the ring by both champions, before a big DDT spiked Zack Sabre Jr. and brought Tenzan inside. 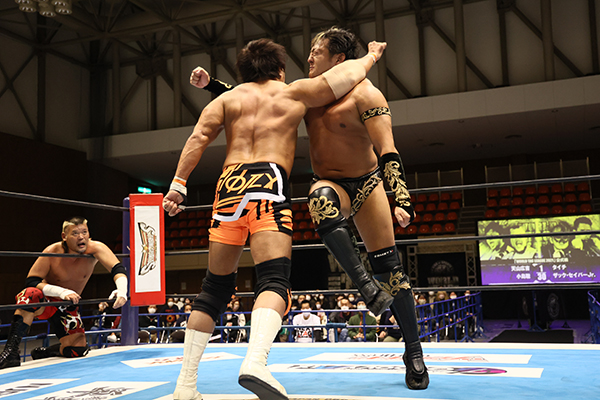 Despite the damage Tenzan’s ‘Nagano Noggin Knockers’ did on Sabre, a neck snap would have Taichi back inside, and though Kojima would come in for some chops, he too was put to the mat. A Cozy Cutter would get two for the Third Generation member, but a lariat would be countered to Seitei Jujiro, and though Taichi would have to break the hold, the match was in his control. 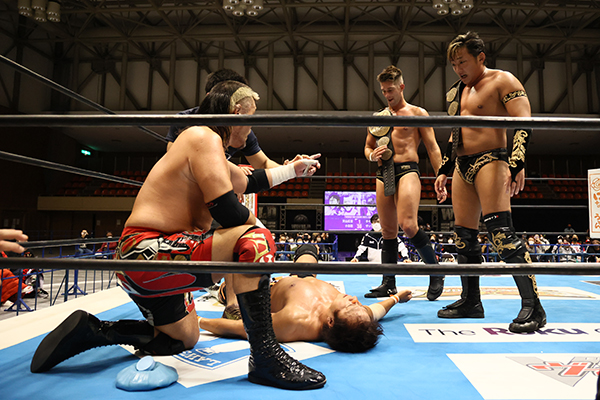 Kojima backdropped himself out of a Last Ride attempt, and landed a big brainbuster to Taichi as the match broke down for two. When lariat met Ax Bomber, Kojima’s arm proved stronger, but when Kojima went for the finishing blow, a Dangerous Backdrop was the result. As Sabre stretched Tenzan on the mat, Taichi had Kojima all to himself, and Black mephisto connected for the victory. 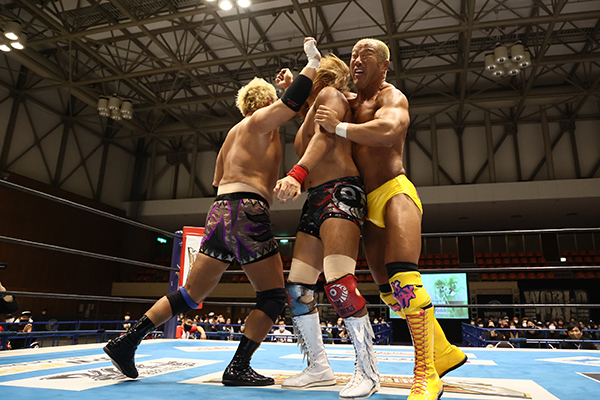 Tetsuya Naito and SANADA did battle with great Bash Heel, Tomoaki Honma and Togi Makabe. Honma hung impressively with Naito, but slick teamwork with SANADA would see the Kokeshi isolated. Yet Honma would resist the Paradise Lock, and tagged out to Makabe, who was a ball of energy once inside. A big lariat from the Unchained Gorilla to SANADA, and a bulldog from Honma to Naito, and things looked like they were headed GBH’s way before a takedown and basement dropkick. 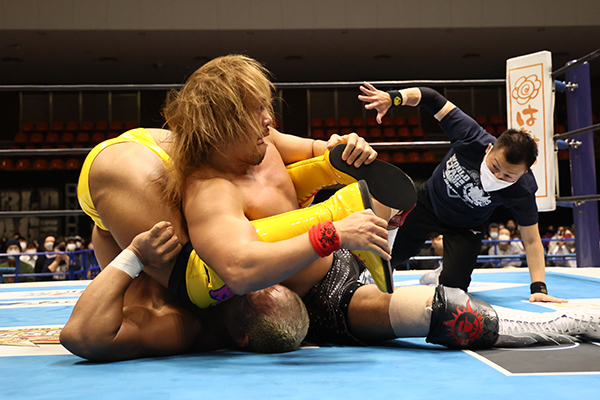 With some assistance from Makabe, Honma dropped both for his opponents with a faceplant/DDT combination before a Rocket Kokeshi scored. Naito wriggled off the hook of a Kokeshi Otoshi attempt however, and with SANADA providing the side suplex assist, landed a Jackknife pin to convert the win. 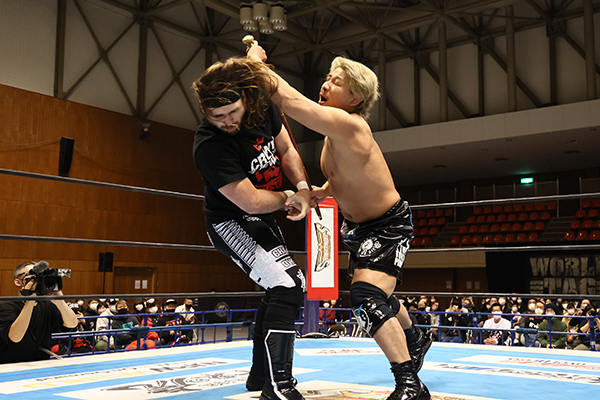 A BULLET CLUB derby saw Chase Owens and Bad Luck Fale face EVIL and Yujiro Takahashi. With bad blood remaining from the G1, Owens forewent the traditional ‘too sweet’ to go straight for EVIL, and Fale helped put the boots in. Owens would have EVIL under control until Dick Togo got involved from the floor; the Crown Jewel nonetheless gutted through punishment before landing a bulldog and lariat combo to bring Fale inside. 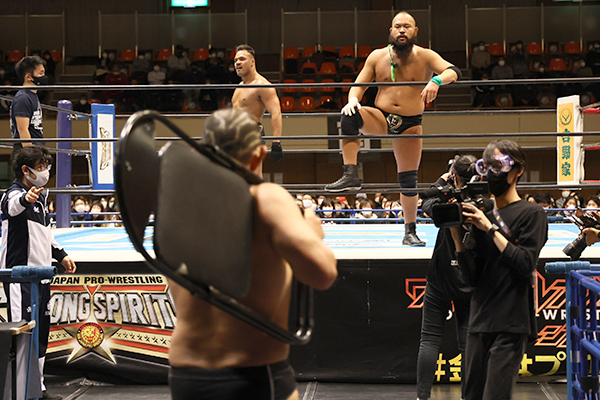 Great-O-Khan and Aaron Henare got their second wins against Minoru Suzuki and TAKA Michinoku. A wild start to the match saw Henare controlled for a sustained period, but a Maori Drop would bring O-Khan in to tangle with Suzuki. The Dominator and the Ultimate Weapon combined for the Sheep Killer Marine on Michinoku, before a double teep kick to Suzuki set up for the Imperial Drop on TAKA. 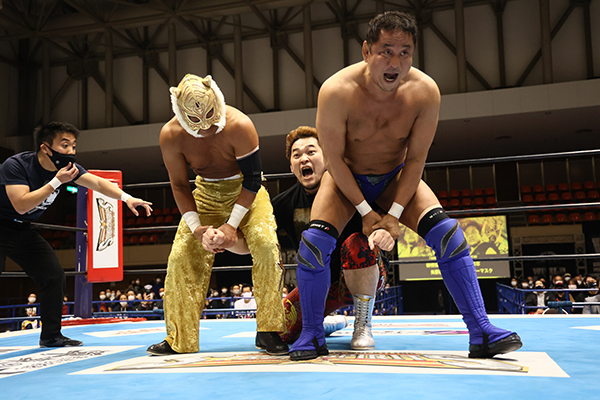 First on the night, the winless Yuji Nagata and Tiger Mask took on ‘Team Be-Bop Highschool’, Hiroshi Tanahashi and Toru Yano. Tanahashi and Nagata were evenly matched at the jump before Tiger mask took over on Yano, and with a T-shirt over his head to blind him, the Master Producer was bounced between kicks from both veterans. Yano’s rough hewn tactics would buy him space though, and just as Nagata seemed to convert a Nagata Lock IV into a pinfall, Tanahashi reversed the balance of the two men, leading to a cradle pin.