Connors defeated with a handful of ropes in STRONG main 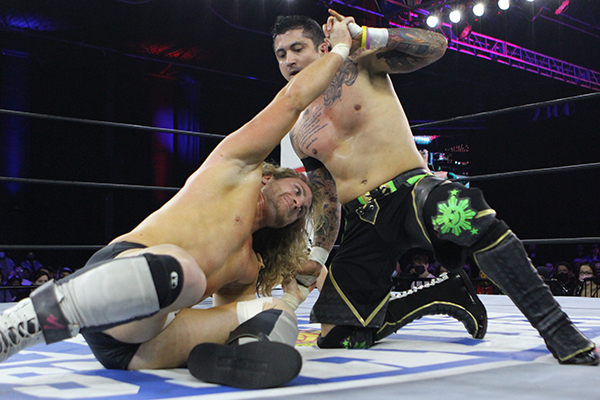 The main event of NJPW STRONG saw Clark Connors and TJP face off, the United Empire’s war with the LA Dojo evolving as Connors wanted to take out personal anguish against his former mentor, and current Public Enemy TJP. After a brief scientific start saw Connors keep pace with TJP’s maneuverability, the match would quickly go to the floor. There Connors, with taped knee and shoulder, attacked his one time tag partner to the deep satisfaction of the Philadelphia crowd. It was TJP’s ring awareness that took over though, and as the match went back to the ring, a Dragon Screw through the ropes would immediately shift the match to his favour. 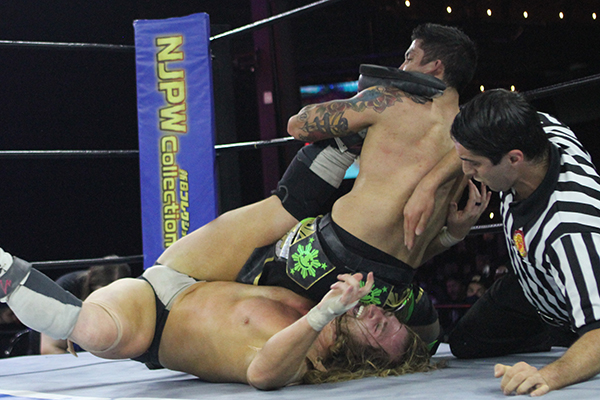 TJP tortured the leg and shoulder of Connors, snapping the arm and the leg in the ring, and even stretching Connors over the ring post. Pained though, Connoprs was still unbowed, and rallied with a barrage of right hand chops, and, after kicking out of the Mamba Splash, a massive pounce. Just as Connors went for the Trophy Kill though, TJP would counter with a body scissor roll up and take a handful of ropes for leverage and the victory. 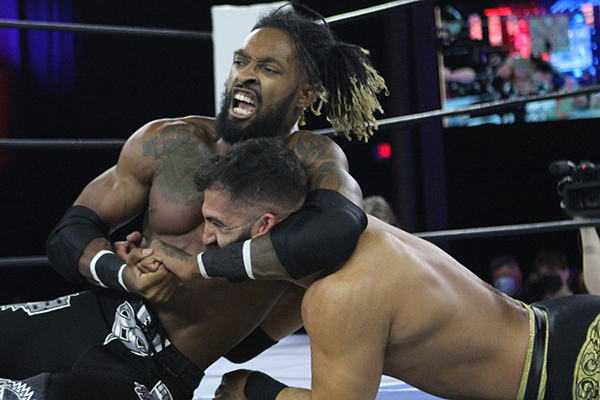 Lio Rush and Ariya Daivari took on BULLET CLUB’s Chris Bey and El Phantasmo. After phenomenal high paced offense from Rush, the Man of the Hour would find himself in the wrong corner before making the tag to STRONG newcomer Daivari. The Persian Lion’s hard hits would be quickly countered though, and Daivari too would fall victim to the humiliating offense of the Bey-F-Fs. 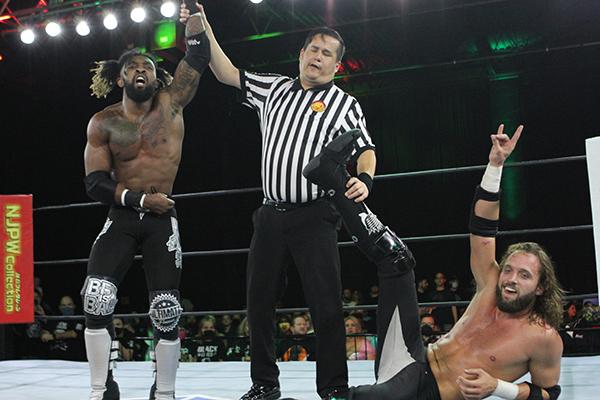 In between the ridiculous back rakes and nipple twists, Bey and Phantasmo nonetheless mounted impressive offense before a double collision between Bey and Daivari saw a tag to Bey. The Man of the Hour flowed from move to move on offense to Phantasmo, before being caught with a double team UFO neckbreaker. As Rush avoided contact on a dive from Bey though, the FInesser’s tope suicida instead caught Phantasmo, and Rush and Daivari followed.

A splash from Daivari in ring, and Rush followed with Final Hour, but Phantasmo would break up a pin with Thunder Kiss ’86. With the match broken down, Rush went for the Rush Hour, but Phantasmo shoved Daivari into the path of the move, leading to Sudden Death, and then the C-B-Knee from Bey for the victory. 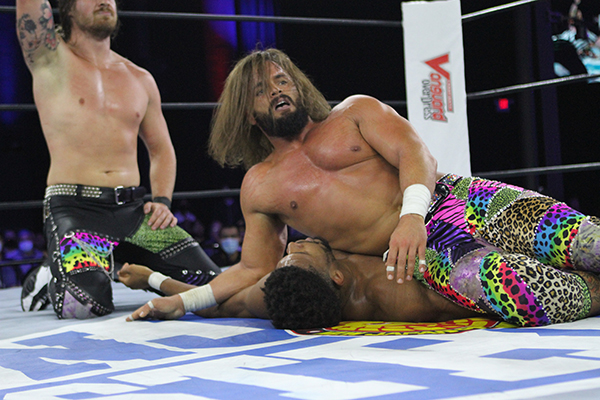 The episode started with Yuya Uemura and Kevin Knight facing FinJuice in tag action. Uemura showed some gorgeous arm drags early, but it was Kevin Knight in the wrong corner until eventually firing back with his signature dropkick. When the LA Dojo team fired back, they were effective on offense, but the former tag champions proved too much. The Doomsday Device was countered by Knight, but Demolition scored for the three.