–Let’s finish up our look at 2010 this time. During the G1 Tag League, you teamed with TAJIRI, and faced No Limit, Tetsuya Naito and Yujiro Takahashi during your campaign. You lost to a Stardust Press…

Tanahashi: Both of those guys were going all out to come for me, and something had to give.

–What were your thoughts on No Limit as a team?

Tanahashi: I think what’s key to a tag team is something that combines both members. Like, if communication within a team isn’t all that hot, there has to be a lot of mutual respect there, or they have to get on really well away from the ring, perhaps. I think that’s the kind of area where No Limit was a little lacking. Naito and Yujiro… they were kind of like me and Nakamura. Similar senior/junior relationship going on as well. 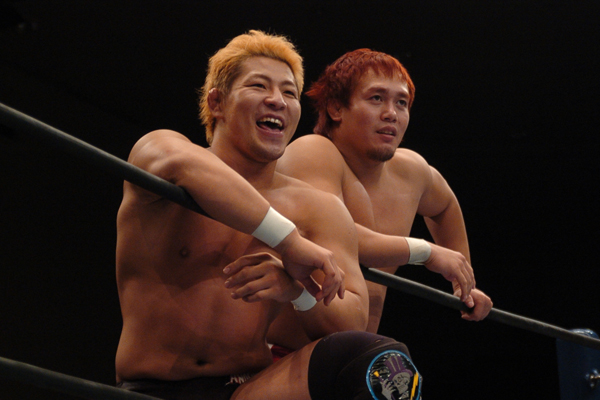 –So even though they might seem fine on the surface, there’s a distance between them you can’t ignore.

Tanahashi: I think when you have those kind of seniority levels, there’s always a distance between the two of you that there’s no real shortening. With No Limit, you had that good combination of Naito’s speed and Yujiro’s power, but it turns out the real limit… was the friends they never made on the way(laughs).

–With No Limit you arguably had the senior figure in Yujiro trying to elevate Naito to his own disadvantage.

Tanahashi: That’s Yujiro all over for you. He really made sure that Naito was highlighted, that he was the front man. In hindsight, I would have liked to have seen Yujiro be a little more selfish.

–Yujiro has a strong amateur backbone, and athletic as well, with a great moonsault at the time.

Tanahashi: He’s always been capable of more on his own; it’s nagged at me for a long time. He’s spent so much time as a heel, I think he could have one babyface run in him. Maybe put some long tights on, team with me one time, heh.

–That would be something! But he did manage to become the focal point of some attention in his G1 campaigns the last two years.

Tanahashi: I’d just like for him to bring that latent love for the game to the fore. He would be a late bloomer, no doubt about it, but I think there’s still a chance for him to come into his own.

–At any rate, after naito beat you, he challenged you to one more match in 2010, and that happened December 12 in Aichi.

Tanahashi: We were 1-1-1 on the year, so this was the rubber match. I remember this huge Naito chant at the bell.

–Of the four matches you had that year, three were in Aichi. So the fans there especially had a close eye on Naito as he made his return from excursion.

Tanahashi: Aichi was Naito country that year, heh. Like Nagoya for El Samurai. He was very open, very straightforward about his approach, saying that my time was done, and he was the top star now. It was an away game for me, but we were both able to have a great match before I put him away. 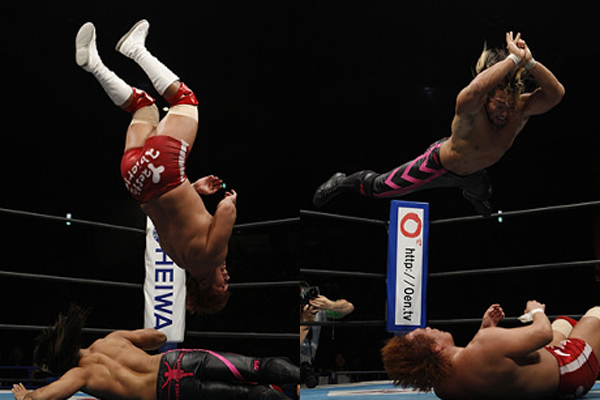 –Reflecting on this match, Naito said that the theme of the other three matches that year was him targeting your knees, but that he deliberately stayed away from the knees as you went for his.

Tanahashi: Hah, I think when you see me target someone’s knees, I tend to leave mine open and it becomes my undoing a lot. So I was able to hide my weakpoint from Naito there.

–Maybe Naito wanted to take the chance to make this his style of match rather than wrestle to suit you.

Tanahashi: Well, Naito’s another one of my ‘kids’, heheh. Okada, Ibushi, Jay White, I’m quite the foster parent. Or quite the stepping stone, depending on how you see it, heh.

–There’s a saying in the business of ‘Muto Children’ that were shaped by wrestling Keiji Muto. There are quite a few Tanahashi Children now.

Tanahashi: ‘Tanahashi Children’! I like that. I think more than any championships earned, being able to prepare the next generation is what matters the most to me and my legacy. That’s how we can all thrive in the future. Not just for me, but for the company, and the whole business.

–In the main event that night, Satoshi Kojima retained the IWGP Heavyweight Championship over Hirooki Goto. He said that even as a freelancer at the time, he looked to be the Ace of New Japan, which of course brought you out to tell him you’d take the belt back to NJPW. 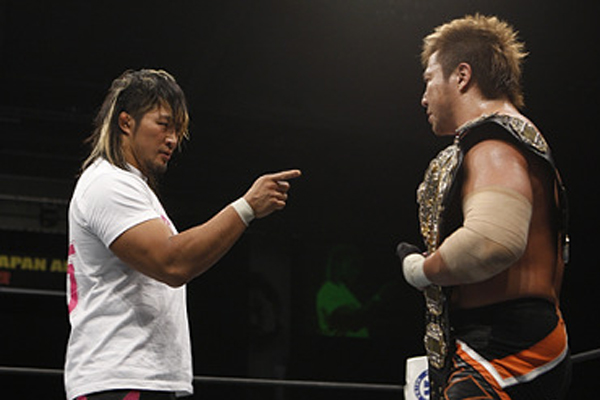 –What were your thoughts on Kojima converting his G1 win to taking the IWGP title from Togi Makabe?

Tanahashi: It was a tense situation. I had created it, y’know, losing to this invader in the G1 final, and him winning the belt. Even though he was an outsider, he had that fan backing meaning he wasn’t really a heel. And there were still some people that liked to boo me, so I wasn’t quite a babyface. So we had that tweener dynamic. But that reflected the age at the time, I think, and it was an interesting scenario.