NJPW continues to make an IMPACT 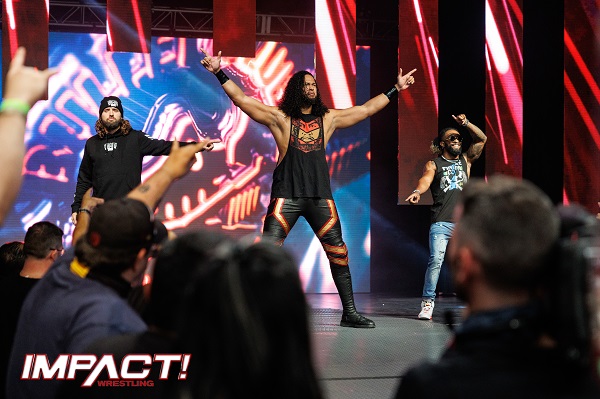 The past week on IMPACT Wrestling has seen New Japan continue to make a presence, both on weekly TV broadcasts and at the recent big Turning Point card.

Turning Point would see Hikuleo and Chris bey battle the Good Brothers of Karl Anderson and Doc Gallows for the IMPACT Tag team Championships, a prelude to which saw Hikuleo face Gallows in a super heavyweight clash. It was unsurprising to see the two big men brawl from the opening bell, Gallows getting the opening hand until Chris Bey drew the referee on the apron to land a low blow.

As Gallows battled back, a double clothesline saw both men downed, but Gallows was first up with a barrage of big boots to knock Hikuleo down. The Young Gun responded with a powerslam for two, but this time Anderson hopped on the apron so the referee wouldn’t see an eye rake that led to a choke bomb for three. 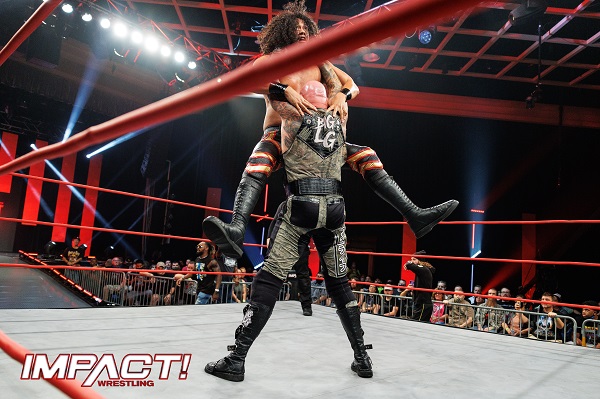 Hikuleo and Bey had an extra large chip on their shoulder at their Turning Point title match as a result, as did FinJuice, who the BULLET CLUB side had defeated in controversial form to win the title shot in the first place. David Finlay and Juice Robinson’s number one contendership defeat saw them relegated to the Countdown broadcast, where they would take on the team of Rohit Raju and Raj Singh.

Finlay matched pace with Raju on the mat before Rohit landed a leg sweep to take the former tag champion down, but a flying European uppercut would allow for some double team offense with Juice. Robinson and Finlay had their fun with Raju, but when Finlay was sent to the outside, Rohit Singh struck with a suplex onto the apron that put Finlay in a difficult spot.

Raju and Singh would work over Finlay until a suplex counter saw Robinson back inside. The Left hand of God to Raju set Juice up for a pair of cannonballs to both opponents, before Demolition on Singh got two. Raju would break up a double team Russian Leg Sweep, leading to a combination DDT on Robinson, but when Finlay sent Singh into Raju, a Doomsday Device followed to give FinJuice the win.

Less successful were Bey and Hikuleo, who came away from Turning Point without the IMPACT Tag gold. The Ultimate Finesser Bey started with Karl Anderson, and outquicked the Machine Gun until bringing Hikuleo in. Bey and Hikluleo had the bulk of the match until a pumphandle powerslam from Gallows planted Bey. With a slam into the ringpost on the floor though, Hikuleo took over as Anderson struggled.

A massive spinebuster from Anderson to Bey allowed for tags both ends, and Gallows and Hikuleo picked up from where they left off the prior week. After bombs were traded between the big men, Bey brought the pace again to Anderson, getting huge hangtime on a dropkick, and set for the Art of the Finesse, but Gallows would react, grabbing Bey’s heels from the floor, and leading to the roll-up from Anderson to retain.

Last week also saw one of the last big dream matches for fans on Minoru Suzuki’s fall sojourn to the USA, as Minoru Suzuki took on Josh Alexander. The two men grappled on the mat two a standoff before Alexander scored the first takedown of the match and followed up with a signature low cross body to the floor, but when the Walking Weapon got back inside the ring, he walked straight into a Suzuki armbar over the ropes, the King then setting to work aggressively outside. 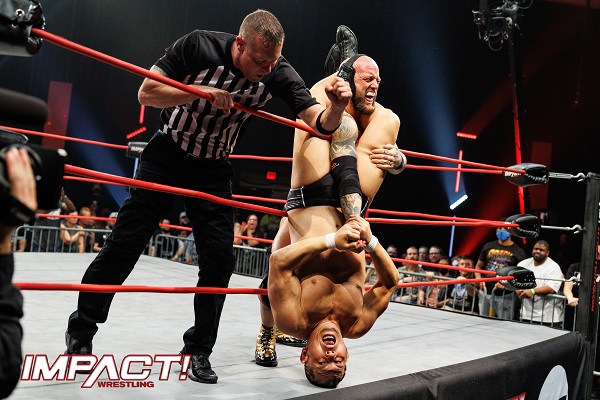 Suzuki connected with a big running boot on the entrance ramp, and kept up the pressure in the ring, but pulled up short on a charge into the corner, and Alexander took the chance to land a back elbow. Suzuki responded with a PK, and the King drew Alexander into a tough strike exchange, but the former IMPACT Champion rocked Suzuki with a boot as the King got on his horse, and backdropped his way out of a subsequent Gotch Style Piledriver attempt to land a huge running slam. 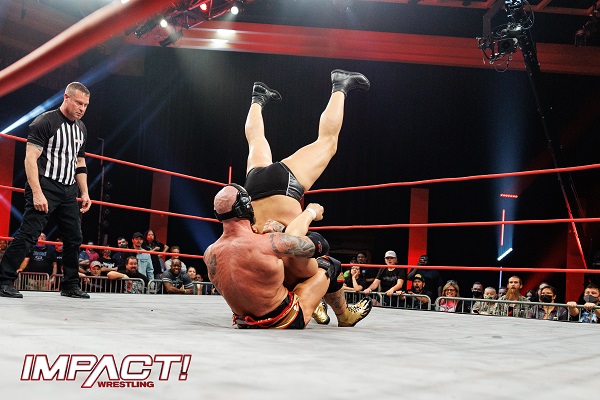 A knee drop followed, and Alexander closed in on Suzuki with an Akle Lock, remaining persistent even as Suzuki countered with a rear naked choke attempt. Suzuki would manage to get the standing sleeper, but not the Gotch Style, finding himself countered with the C4 Spike for the victory.